Passover is one of the most important Jewish holidays, and the Seder on the first two nights is a celebration of food, wine, and biblical stories. But the biggest celebration isn’t in Israel — it’s in Nepal.

Last year, Nepal’s capital of Kathmandu celebrated its 30th anniversary of hosting the world’s largest Seder. The first was organized by then-rabbinical students Mendel Kastel and Mendel Lipskier in 1989 when they were attending yeshiva in Australia. Israel’s ambassador had put out a notice of a Seder at the embassy, but when too many people signed up, he asked for help. Katel and Lipskier answered the call and took on the duties of ensuring all the food was kosher and enough unleavened bread, wine, and gefilte fish was brought into the country. All the while, the list of attendees continued to grow. The original 90 people turned to 100, then 200, then more. They secured a larger space outside of the embassy, and they used doors from a nearby hotel that was under construction as tables. In all, 500 Jewish people showed up from around the world.

Now, 30 years later, the tradition continues. The Seder is organized by Chabad House Nepal, with the Israeli embassy assisting with the import of kosher foods and other supplies. For Jewish people traveling abroad, a Passover Seder is one of the best ways to connect with the global Jewish community. 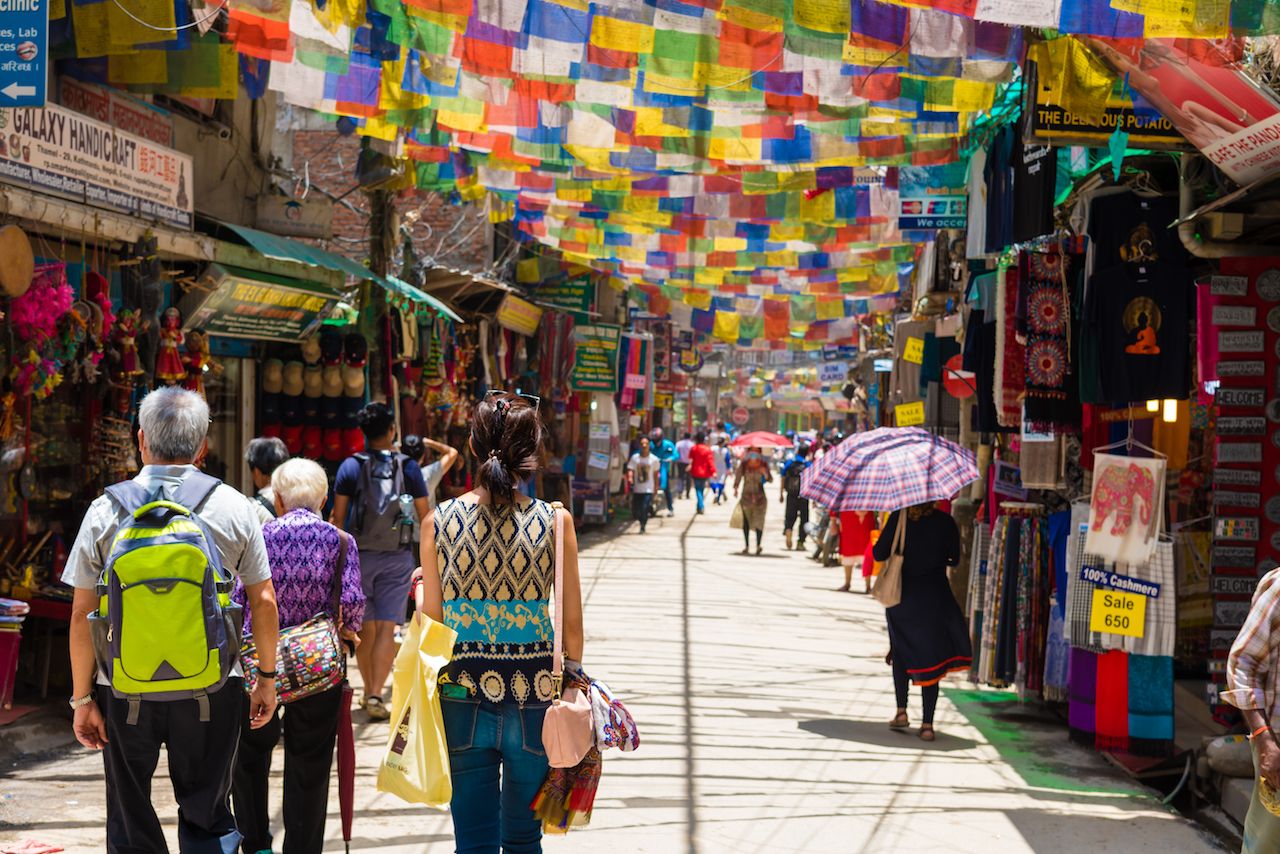 The holiday centers around the Biblical story of the Israelite exodus from Egypt. In the story, God wrought 10 plagues upon the Egyptian pharaoh until he agreed to free the Israelites, and Moses parted the Red Sea to lead them to the Promised Land. The name “Passover” refers to the 10th plague, in which God killed all the Egyptian firstborn children but passed over those who were Israelites. The Israelites left Egypt for the promised land. They left so quickly that the bread for the journey didn’t have time to rise. Today, feasts are held on the first two days of Passover, when the story of Exodus is told and retold and tables are filled with unleavened bread, kosher wine, and bitter herbs.

Passover is celebrated around the world. The feast in Kathmandu is so well attended, however, because of the many Israeli backpackers who travel through the country after their required army service from 18 to 21 yet before they attend university. Nepal has long been a popular travel spot because of its low cost and wealth of outdoor activities like hiking, rafting, and bungee jumping. This has lead to a prominent, if unexpected, Jewish cultural presence in the Nepali capital.

Community Seders and Jewish influence aren’t just in Nepal’s capital city, either. While the largest takes place in Kathmandu and regularly sees between 1,000 and 1,500 people, a second is held in the city of Pokhara in central Nepal, with a few hundred guests. A third — called the “highest Seder in the world” — is in Manang, a town in the middle of the Himalayas, with around 200 people attending.

Passover lasts a full week, and the Seder takes place on the first and second days after nightfall. In 2019, Passover is from April 19 to April 27. Keeping the Seder running smoothly each year, however, is never easy. Rabbi Chezki and Chani Lifshitz, who have co-directed the Chabad Center and run the Seder since 2000, admit that shipping Seder goods to Nepal is often a struggle. Nepal was in the midst of a civil war from 1996 to 2006, and goods were stopped by both the government and rebels. Trucks have broken down en route from Israel, and the goods had to be helicoptered in. Closed borders in 2008 led to a shipment that just barely made it in on time. 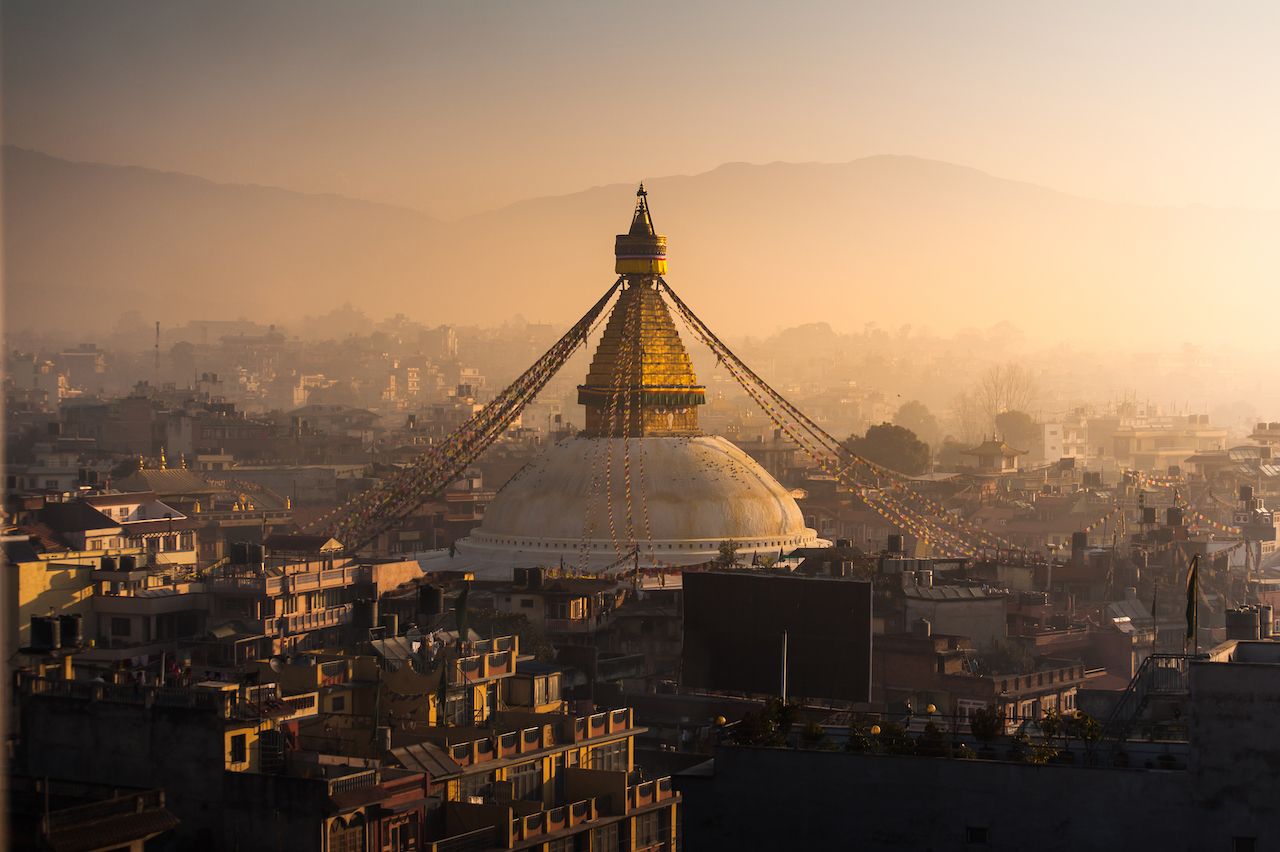 Kathmandu’s Seder has had an impact on Jewish life in Nepal, where an overwhelming majority of residents are Hindu, followed by Buddhist or Muslim. The Seder’s success has been a catalyst for a growing Jewish presence in the region, with Chabad centers cropping up across the continent following Kathmandu’s example and providing a cultural anchor for Jewish backpackers.

For a celebration that’s typically held in the privacy of homes with friends and family, there’s nothing quite like Seder in Kathmandu.

Dessert7 Jewish Treats the World Needs To Know About
Tagged
Food + Drink Holidays Religion Nepal
What did you think of this story?
Meh
Good
Awesome