10:41 Feb 11, 2020
Top Countries
Top CitiesView All Destinations
Trending Countries
Trending Cities
Load More
Should spiritual healers be put on trial, or are they being used as a scapegoat? 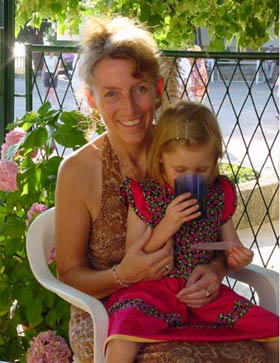 Before I left for my last big trip, I went to see an intuitive (or a psychic, clairvoyant – whatever name works for you), as I often try and do at momentous occasions in my life.

I thought she was the woman a friend had recommended to me; it turned out that she was not.

She told me a few things (all of which ended up being wrong) and performed a bit of energy work on me at the end (which I’m assuming helped me in absolutely no way).

And yet last year, I was lucky enough to connect with a different woman who I literally felt knew my soul.

Rather than talking about the future, per se, we discussed more of what was happening for me on an energetic level, all of which really resonated with me. When she performed energy work on me at the end of the session, I definitely noticed it.

So I was saddened to recently read that a spiritual healer and two alternative doctors in Amsterdam are being put on trial for the death of a popular TV star there, Sylvia Millecam.

I tend to believe that anyone practicing outside the “norm,” especially as alternative approaches to health become more and more common, is vilified whenever possible.

Then I got to the middle of the article:

The self-styled medium and faith healer known as Jomanda and two alternative doctors are on trial because they told Ms Millecam she did not need treatment. Jomanda, charged with causing grievous bodily harm, convinced Ms Millecam she was suffering from a bacterial infection.

I did a quick search about Jomanda and came across the Apologetics Index, in which psychologist and naturologist Ewald Vervaet states that he has investigated dozens of her purported healings and miracles, but thus far has not one has been verified.

She is known for infusing water so as to give it healing power.

Thing is, she has had a large following since becoming a “celebrity” in 1991 when she started organizing healings in Tiel, so for better or for worse, some people believe she is the real thing. That means they have connected with her, felt healed by her, somehow came out better than when they started. 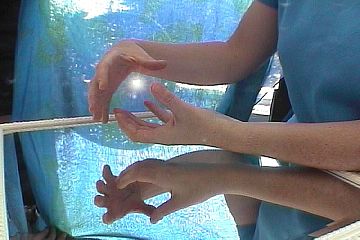 I have heard countless stories of friends who have visited India or Thailand, or even spiritual areas in the US that have been greatly affected by healers they have come across.

Many of these healers would be considered “quaks” by Western standards.

If, like the crackdown and arrests of supplement sellers or the fight to ban home births in the US, this is a way to put those on the fringe of “accepted” methods of healthcare in their place, I’m not impressed (nor would I be surprised).

On the other hand, if this woman truly convinced Millecam that she did not have cancer, than maybe she should be on trial – or at least have it made publically known her errent influence on people.

Still, this still brings up questions of self-will and our right to choose our own path around health.

What do you think about alternative healers being put on trial? Share your thoughts below.

10 of the most notorious sex clubs around the world Traveling while fat: How I’m changing the narrative All of the food you can’t take through airport security The TSA has a new rule for snacks in carry-ons. Here’s why. The winners of the International Photography Awards revealed, and they’re stunning