When I was a youngin’ I would daydream a scene of myself running around airport corridors while I moved from one gate to the next, jetting my way through life. Fast forward, and that daydream became a reality, only it came with things I didn’t expect; a fear of flying (that has gotten somewhat better in case you were wondering). Despite my discomfort in flying, I do it all the time because I’m not a supporter of letting your fears hold you back from living the life you’ve always wanted. So here I am, realizing that I take enough flights and travel to enough places to be considered a full-time traveler.

But look far beyond the number of flights taken and you’ll find that there are plenty of other habits exhibited by a full-time traveler:

Before I started taking flights almost every other week, I thought travel pillows were some sort of unnecessary luxury. I thought that carrying a travel pillow, that was dumb because it only had one purpose, almost marking a huge “NEWBIE TRAVELER” on my forehead. But then I actually started traveling often and realized those neck pillows make the difference between a crappy and neck pained flight and a decent journey where you actually reach your REM cycle.

You usually board last. 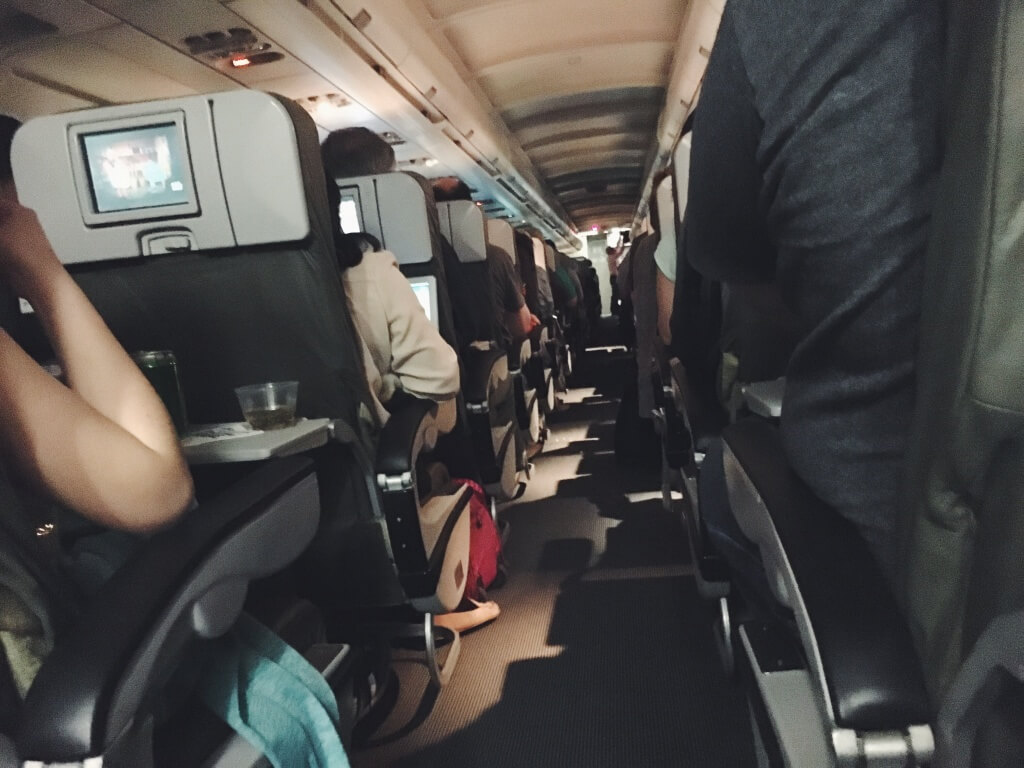 If you travel often, you start realizing that booking tickets becomes less of a big event and more of a “oh crap, I need to book that return flight now because it’s in less than two weeks.” What that means is that you’ll find yourself in boarding group Z (or the very last boarding group), because your flight was basically full when you bought your ticket. You’ll most likely be two aisles away from the restroom; best seats in the house. Unless, of course, you’re rollin’ in the dough, which isn’t our case.

You have favorite airports. 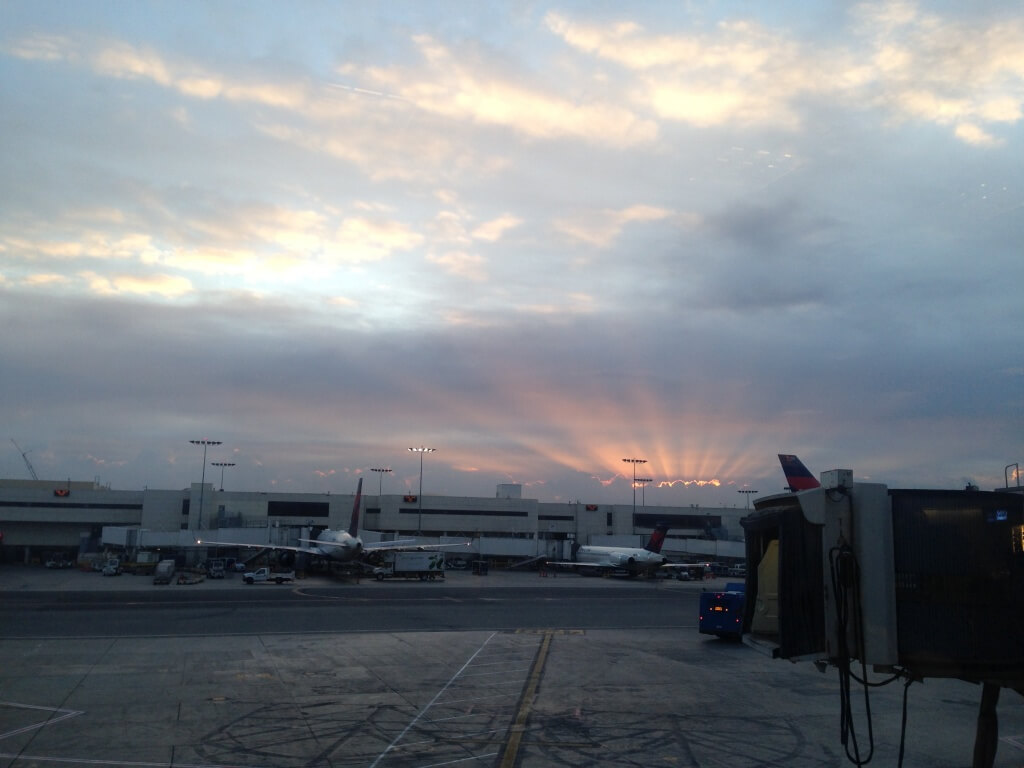 Although tons of airports end up looking the same, I’ve started liking certain ones more than others. For instance, Dallas-Fort Worth, even though under construction, is my go-to for layovers, since it’s massive. Portland wins for their extreme eco-friendliness and nicest TSA employees, and I’ll always consider Laguardia home, more especially after it got a major internal face lift.

And know exactly where to eat in each terminal.

There are apps that help you figure out which restaurants are in each airport, one of our favorites is Gate Guru, which basically tells you what’s near you in each gate. Once you’re traveling a few times a month, you start realizing airport terminals are just like malls that you get familiar with; favorite eats are a must.

As most travelers know, WiFi is ridiculously important and it’s usually costly while on the road. I’ve had multiple occasions where I’ve considered buying the internet plans in airports to finally have the ability to get work done while waiting for boarding. While I’ve only bought the WiFi once or twice, I usually tether from my phone or have a portable hotspot to connect to the world wide web. Needless to say, finding a strong signal is rare and sacred.

The stranger the accommodation, the better. 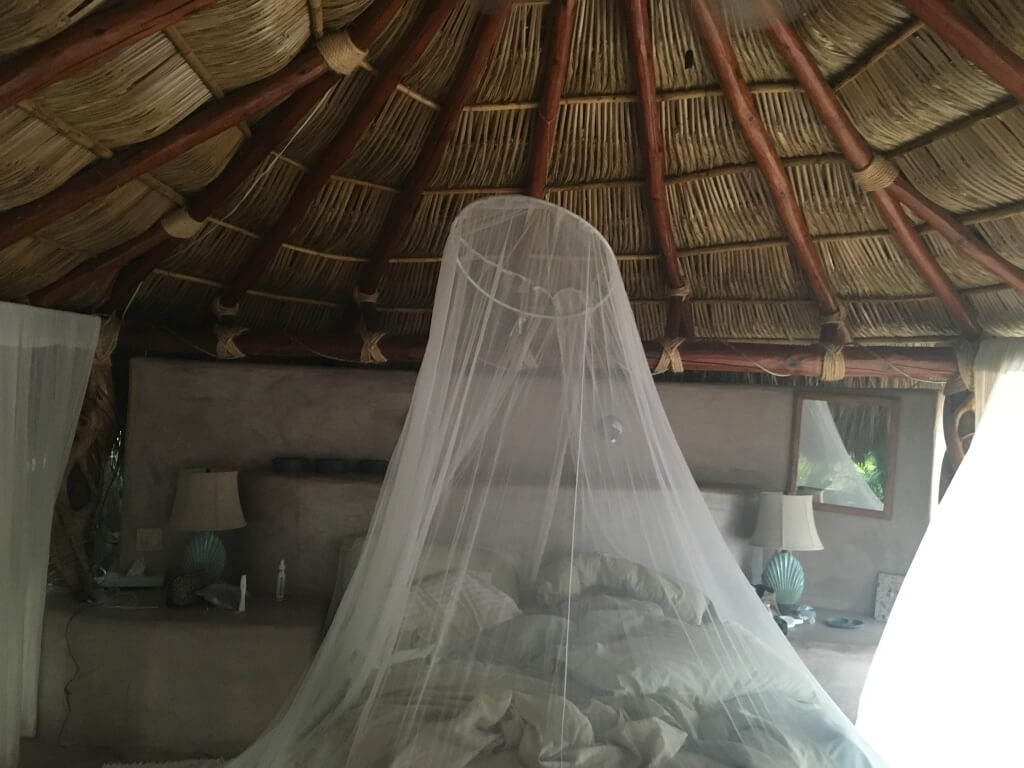 To spice up each trip, you constantly try to experience new ways of accommodation. You’ve visited your fair share of hostels, and hotels, but you thrive on the crazy places to crash at night, like on a stranger’s couch, or in a Tiki hut in the middle of a remote beach. The point is, you’re adventurous even when it comes to being comfortable. 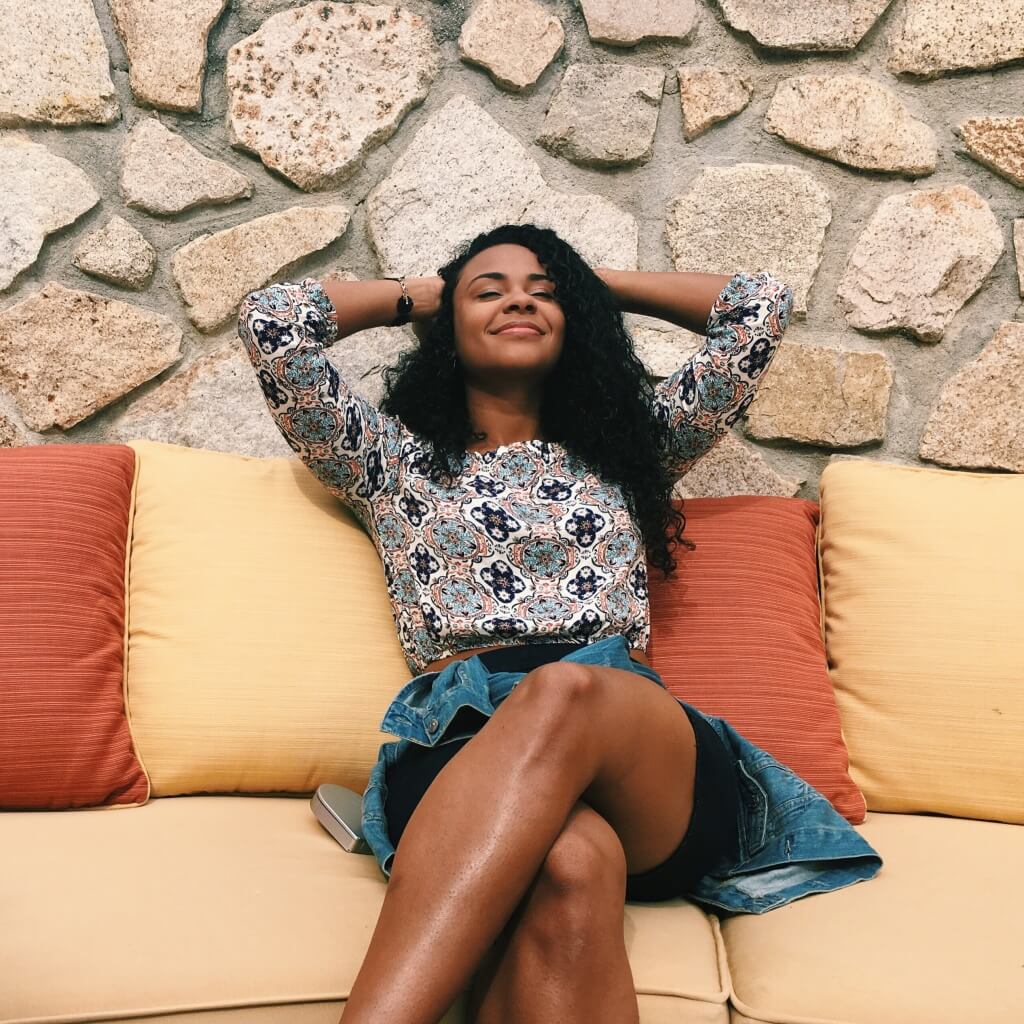 Due to the fact that you’re constantly putting yourself out of your comfort zone, you know how to savor every moment spent on a comfortable couch, with nice throw pillows and a fluffy blanket, as this is a rare occasion. Any time spent with family and friends gives you extreme joy, and the life you thought was monotonous now seems like a haven of happiness; yet, you’ll still not choose that life over your nomadic one.

You take your time going through security (but can get through in two minutes if need be). 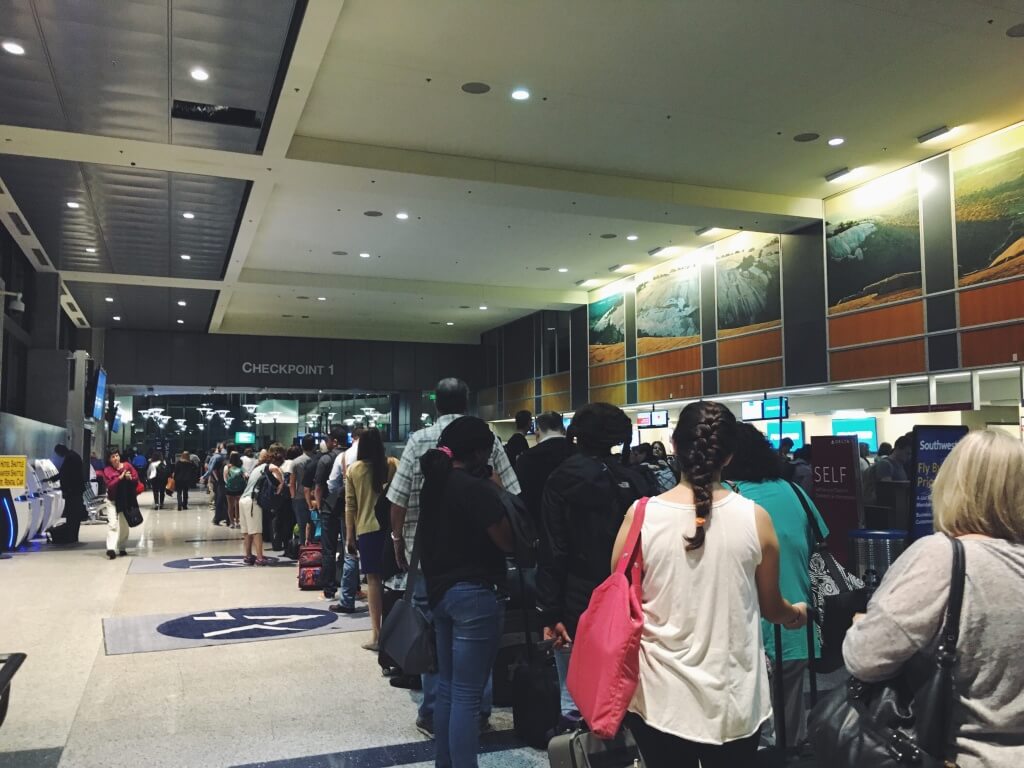 It’s funny to watch the security line from a few feet away; you’ll instantly notice the people who aren’t used to traveling because there’s a cloud of anxiety that’s visible from a mile away. Security is stressful, but it doesn’t have to be. I’ve started to take my sweet time to get through, and even longer to put my shoes back on and reassemble my carry-on afterwards. Of course, unless I have a flight to catch right away, then I can breeze through faster than the flash, but why stress when you don’t have to?

You’re still in awe, despite how many times you leave. 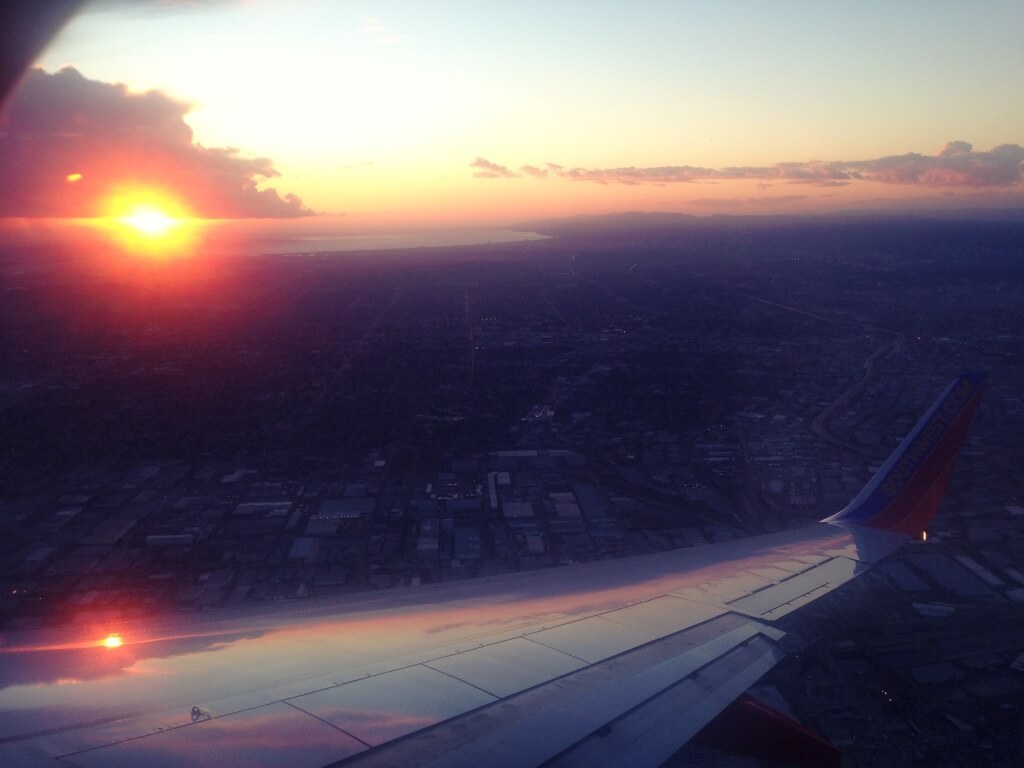 You can only have so many pictures of windows and airplane wings on your gram, but one thing that never changes is your curiosity and love for the ability to enter an aircraft in one place, and exit in a completely different place. You admire the sky with confusion and excitement, and for me, sometimes nerves. The point is that you have a love/hate relationship with the thrill.

This article originally appeared on Shut Up and Go and is republished here with permission.

The 11 Sexiest Live Shows Las Vegas Has To Offer
Every Roller Coaster at Cedar Point, Ranked
You Can Now Take European Walking Tours at the Scenes of Your Favorite Netflix Shows
5 Must-Visit Music Venues Off Nashville’s Main Drag
The 8 Best Movies and Shows To Watch Before Going To Paris