Over 1.6 million Americans each year chose Aruba as their winter hideaway of choice. This dynamic island packs a powerful punch in a small package — 75 square miles to be exact. From the windswept rocky crags of the east side to the plush white sand beaches along the western coast, this tiny island has enough variety to keep sunchasers coming back again and again.

Aruba sits a mere 15 miles off the coast of Venezuela, meaning on clear days you can catch a glimpse of the neighboring country in the distance. It’s a desert island with a hot and dry climate year-round versus the humidity and frequent rains found in many other parts of the Caribbean. Its location just outside of hurricane alley means that major storms rarely hit it directly.

Aruba’s first documented inhabitants were members of the Arawak tribe, whose ceramic remnants can be dated back to at least 1000 CE. Spanish colonists arrived in 1499, enslaving much of the Arawak population before the Dutch took over in the 1600s. The island was briefly under British control in the early 1800s before officially becoming part of the Netherlands Antilles in 1845. Today, the island remains connected to its colonialist past as a constituent country in the Netherlands.

Use this guide to steer yourself toward some of the best food experiences on the island and you will definitely not go hungry.

Fill up on seafood 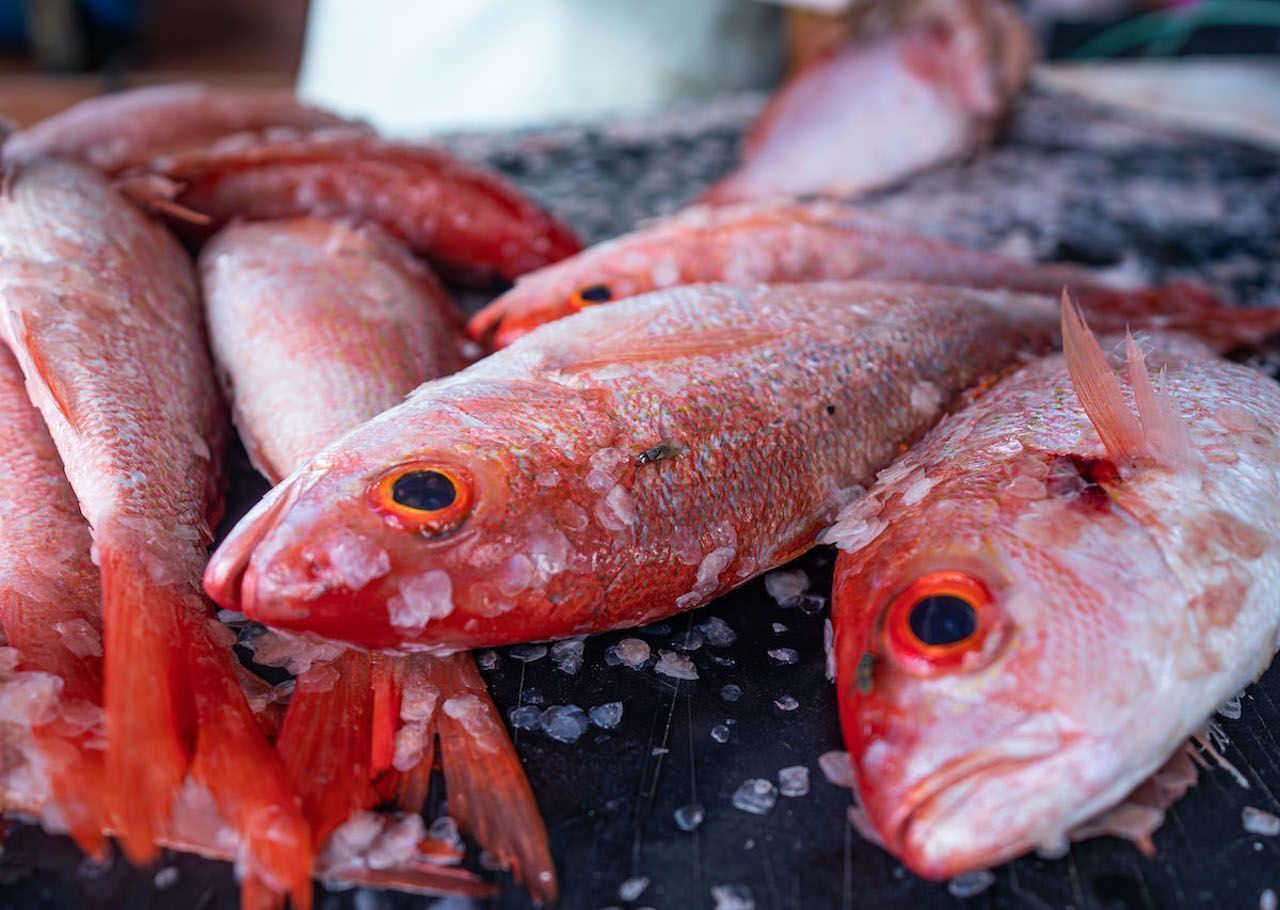 Photo: Who Knows Where

Surrounded by the reefs and choppy waters of the southern Caribbean, Aruba has easy access to both deep sea fish and shallow feeding fish. Menus across the island feature options like mahi mahi, wahoo, yellowfin tuna, grouper, amberjack, and barracuda.

Zeerovers has been a local hangout since owner Eric Bisslik started selling fresh seafood out of the back of his boat over 30 years ago. Today, this seaside restaurant remains family owned and a local favorite, making it one of the best places to not only taste Aruban flavors but to experience the community-focused culture of the island.

Don’t be daunted if there’s a line out the door, as it moves pretty quickly. At the counter, you’ll order your seafood by weight and choose your sides. The pancake-like pan bati (literally meaning “beaten bread”) is excellent for those last bits of your meal, while sweet fried plantains balance out the salty seafood. While waiting for your food, head to the back patio to snag a table with a view of the fisherman’s wharf, where fresh catch is delivered throughout the day.

If you’re a hot sauce lover, be sure to try some of Aruba’s famous Hot Delight papaya sauce, which can be found in just about every restaurant (and home!) on the island. The sauce is made from Caribbean papayas and has been produced on the island since the 1800s by the Ruiz family. Just be warned: even the mild version has a pretty good kick to it!

Do not leave Aruba without visiting at least one snack shop. These small eateries can be found all over the island, but you may have to do a bit of research ahead of time as they’re often only open for several hours a day. Snack shops are typically known for a specific dish, though almost all of them offer a medley of food ranging from sopi cabrito (goat soup) to empanadas to fried chicken. Head to Welcome Back Snack as the sun comes up and dig into a pizza pastechi (which is basically the mega-sized hot pocket of your dreams) next to locals grabbing breakfast before work. Stop by Saco de Felipe in San Nicolas for some ribs before a night out on the town. If you’re unsure of what to order, ask. Arubans are known for their friendliness and are usually excited to share tips about their island — especially when the topic is their favorite snack shop!

If you are interested in a one-of-a-kind immersive food experience, get in touch with Taki, an Aruban local who has made a name for himself and his locally sourced, sustainably cooked food. Taki is an expert on the island’s agriculture. If something edible grows on the island, Taki will know where to find it and how to cook it. How you spend your time with Taki is up to you — spend the day foraging with him, meet up for a privately cooked meal, or collaborate with Taki to come up with your own adventure — but go in ready to learn with an open mind and an empty belly and you will have one of the most unique experiences to be had on the island.

Learn what it takes to support agricultural life on an island. 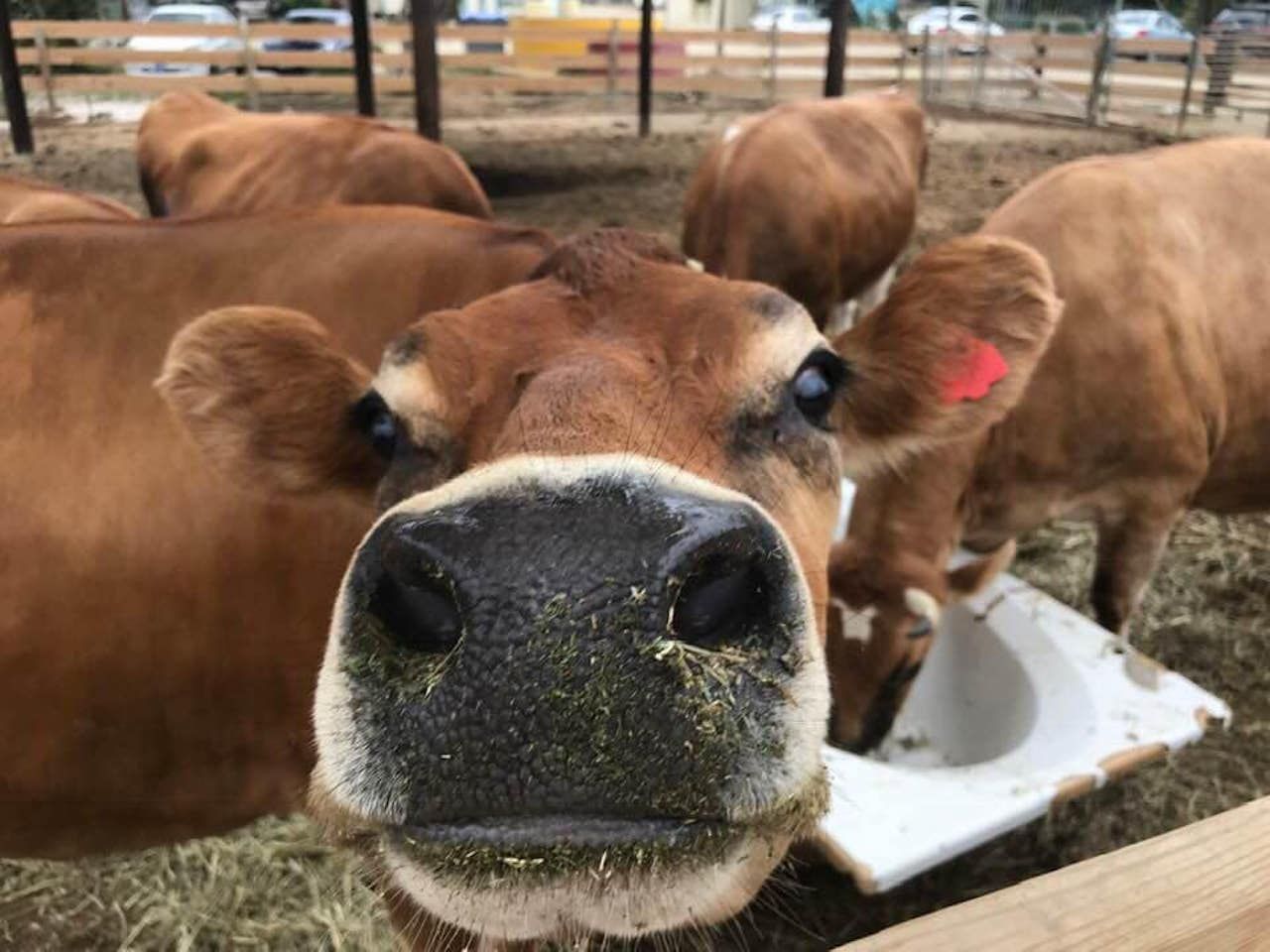 If you’re traveling with kids, Santa Rosa is a great place for the whole family to learn about the island. As a desert island, Aruba faces several challenges in sustaining its agricultural production, including access to water and limited land resources. Santa Rosa is a government funded experimental project that promotes and supports local farmers and fisheries through education and community activism. Since 2013, Santa Rosa has planted more than 10,000 trees across the island to both ensure future plant life and educate the public on the advantages of eating local produce. The project’s headquarters is also an educational center and a functioning eight-acre farm that houses cows, pigs, goats, sheep, geese, and chickens. On the first Sunday of each month, the center hosts a farmers market where you can purchase fruits, vegetables, and meats from local farmers. Ask one of the staff members for a tour of the property to learn more about Aruba’s local produce, such as how aloe is cultivated on the island, and the center’s own efforts to support locally sourced products.

End your day with a white sand sunset dinner. 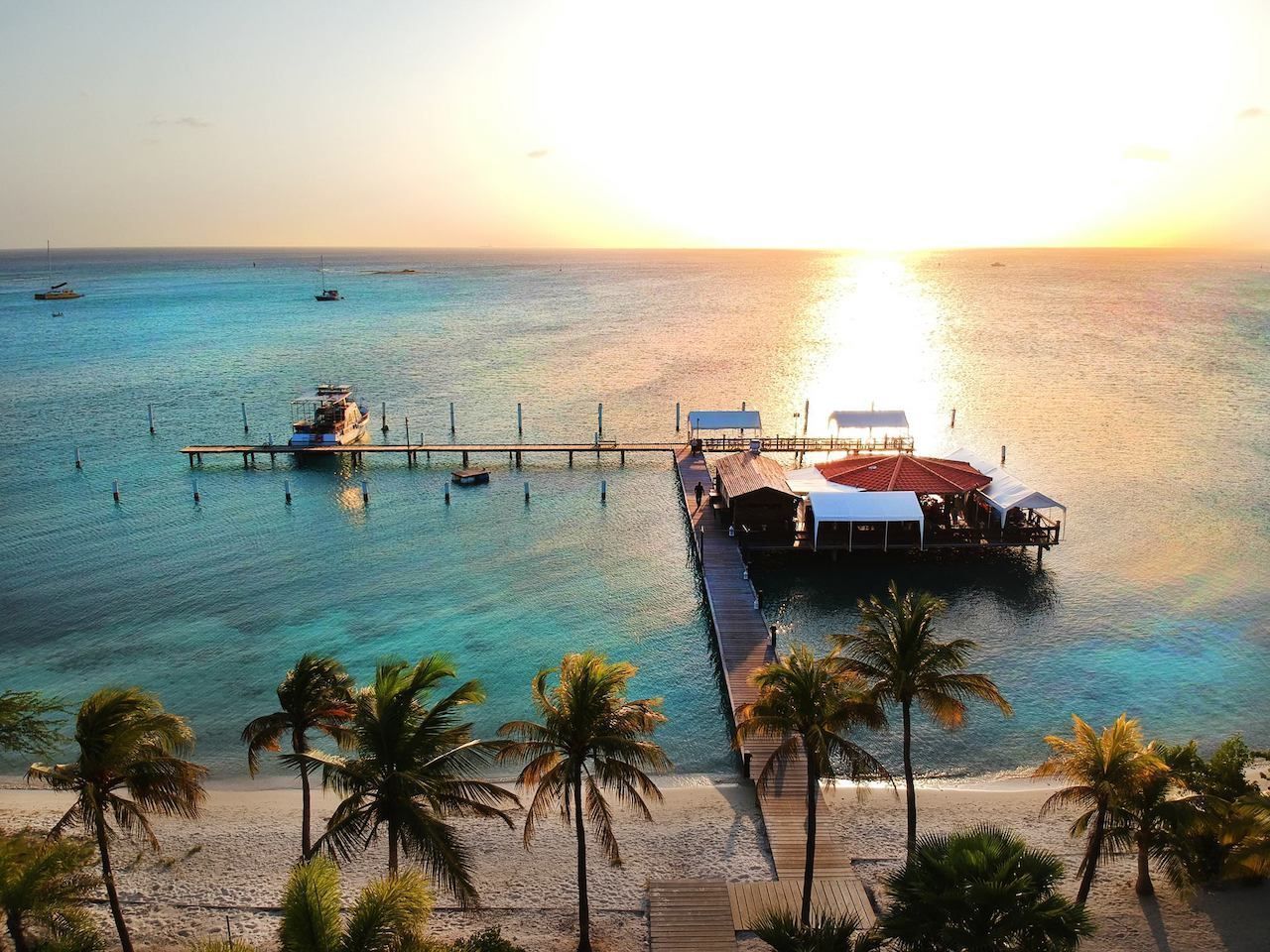 No island getaway is complete without at least one visit (or maybe three or four) to a quintessential beach bar. Let the orange glow of the setting sun wash over you at Moomba Beach Bar and Restaurant in Noord, where you can barely tell where the floor ends and the white sands of Palm Beach begin. Sip on a Balashi, one of Aruba’s locally produced beers, over a meal of pork, chicken, or shrimp pinchos, a Caribbean version of kebabs.

The bar also has four courts where you can try your hand at beach tennis, which is a mix between volleyball and tennis that’s extremely popular on the island. Visit in November to witness the world’s largest international beach tennis tournament where over 1,400 athletes compete for the grand prize of $65,000.

If you want more romance and less beach bar, sit on the pier at Pinchos Bar and Grill at Surfside Marina in Oranjestad. Watch the stars reveal themselves as the sun sets as you dine on elevated island favorites, such as seafood ceviche and Caribbean twin lobster tails. 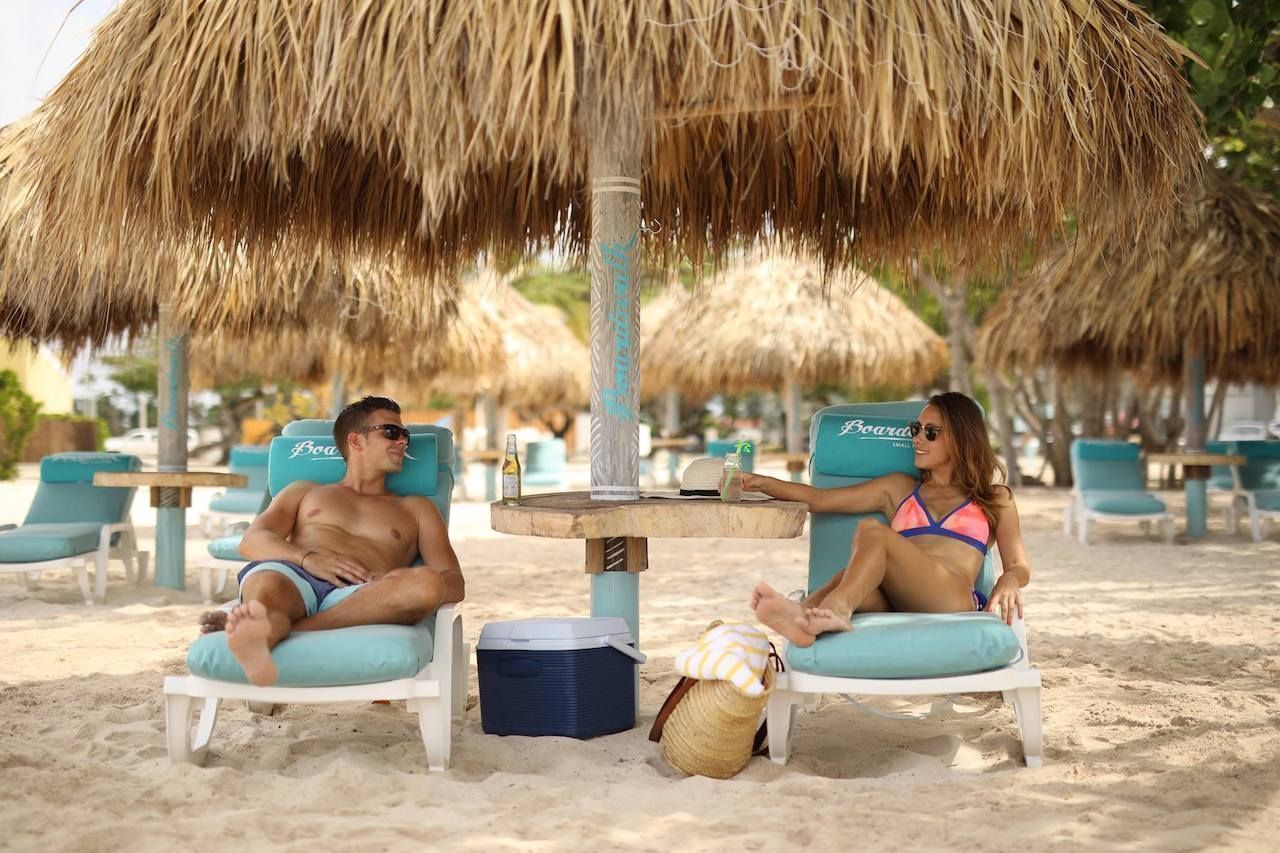 The newly renovated Boardwalk Boutique Hotel is a palm-tree-filled oasis of individual casitas surrounding an Instagram-worthy pool. The Boardwalk does not have a restaurant, which is the perfect excuse to stock up on Dutch snacks from the nearby supermarket (mini stroopwafels, yes please!) before heading out to tuck in to Aruba’s best food destinations. And when the food coma hits, just head back to your private casita to nap it off until that belly starts rumbling again.

If you’re looking to splurge, the Bucuti & Tara Beach Resort is luxurious and, as the first carbon neutral resort in North America, also eco-friendly. For budget accommodation, try out one of the copious Airbnb options, which range from affordable studios on the beach to an entire villa (pool included).

The Truth About Artificial Vanilla Extract (and Why You Should Always Splurge for Pure)
These 7 Cannabis-Fueled Restaurants Will Take You To New Highs in the Most Delicious Way
7 Literary Pubs Where You Can Drink Like Your Favorite Authors
Houston’s Sugar Land Suburb Is One of the Most Diverse, and Exciting, Places To Eat in Texas
These Boston Food Tours Showcase America’s Most Underrated Food City

Why You'll Find Your Happy Place in Aruba This Winter