For me, the best family ski trips are found in the little underdog places you may not even think of as “ski towns.” I’ve been lucky enough to live in two of those kinds of places (El Bolsón, Argentina and Nederland, Colorado, three if you count Seattle), and can speak from experience.

Take Nederland: While everyone else on the Front Range jumps onto I-70 to get to the big Western Slope resorts, from Ned we were literally a 10-minute hitch to the local mountain and just epic lines on untracked Rocky Mountain pow.

Nothing against Keystone or Aspen or Heavenly (all where I’ve had epic days). But under-the-radar kinds of places make an interesting alternative to the all-inclusive corporate ski package.

Yes, you may have to plan a bit more (barely), but with Airbnb and some imagination, tons of cool little towns open up as options — many much closer than you might realize. And by staying right “in the neighborhood,” you’ll have more personal experiences getting to know the local cafes and bars and supporting the people who really live there.

Finally, there are definite benefits when you compare actual riding setups. These smaller, more “mom and pop” community ski areas are less overwhelming, less expensive, and generally have cooler local vibes than big resorts. And for me, both as a solo rider and as a dad introducing his kids to the mountain, having that chill vibe rather than the mass tourist feel means a lot. 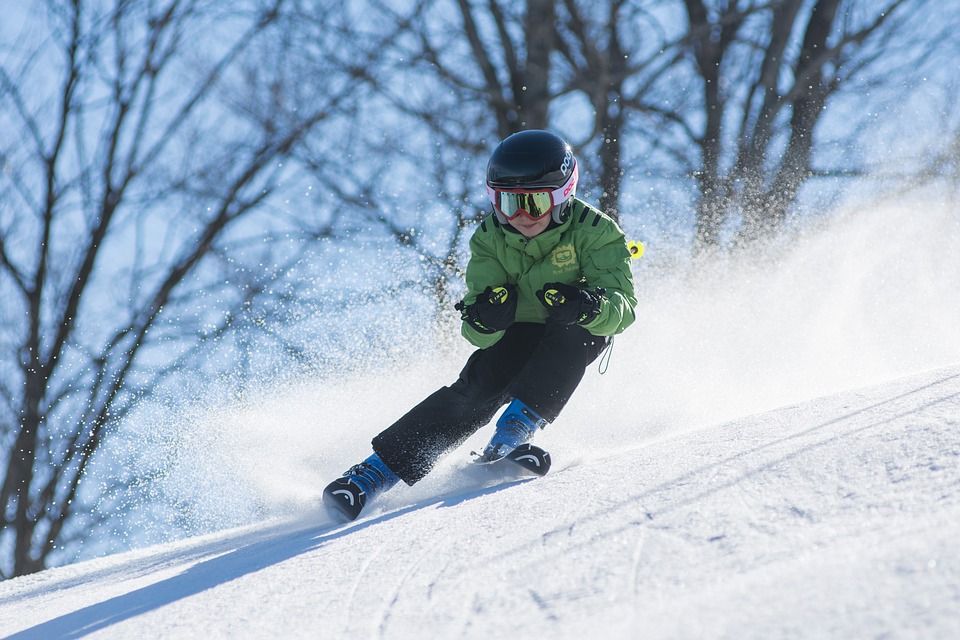 If you’re looking for something extra special this winter, check out the Rogue Valley of Southern Oregon, and the rad town of Ashland. It’s not a “ski town” but a true Western mining-turned-artsy town with its own impressive ski mountain, Mt. Ashland, just 18 miles away.

This “smaller” town mountain is actually skiable from all sides and has backcountry bowls and extensive access into the Siskiyou Mountain range. This is the watershed for the town of Ashland, preserving a unique coastal range and some of the least inhabited territory in the lower 48. Mt. Ashland is owned by the town of Ashland and supported heavily by the locals. —Frank Ober

At least one ski trip on this list needed to include a major city for off-slope activities. And if you’re thinking at all about skiing somewhere that you can also experience world-class food, art, and music, there’s no better setup than Seattle.

It’s only about 50 minutes to the outstanding terrain at Alpental and Summit at Snoqualmie (a multi-mountain ski area), and the Seattle Ski Shuttle makes the transport really simple.

The hardest decision you’ll have to make is what neighborhood to stay in Seattle, although Green Lake is pretty much as perfect a family walking neighborhood as you can get.

Although it gets overshadowed by the much larger Mammoth Mountain, June Mountain is Mammoth Lakes’ beloved local hill, and may be pound for pound the best family ski value in the whole country.

Kids 12 and under ski free, and adult passes are super affordable (currently $399 at preseason prices). A family of four can literally ski unlimited times for less than what you’d spend on a single season pass at many corporate resorts.

Lastly, make no mistake about the Eastern Sierra terrain you’ll find at June Mountain. There’s everything you need for epic days.

If you’re in Southern California and the drive to Mammoth feels like too much, don’t let that stop you from taking the family to the mountain this winter. Bear Mountain (and the connected Snow Summit) is only two hours away in the San Bernadino Mountains, and is an awesome place for kids to learn.

Bear Mountain actually has the largest learning area in Southern California, and there’s tubing as well for kids’ first experiences in the snow. Bear Mountain also has a cool jibing/freestyle snowboarding legacy, and the kids can get inspired on the whole RedBull vibes. 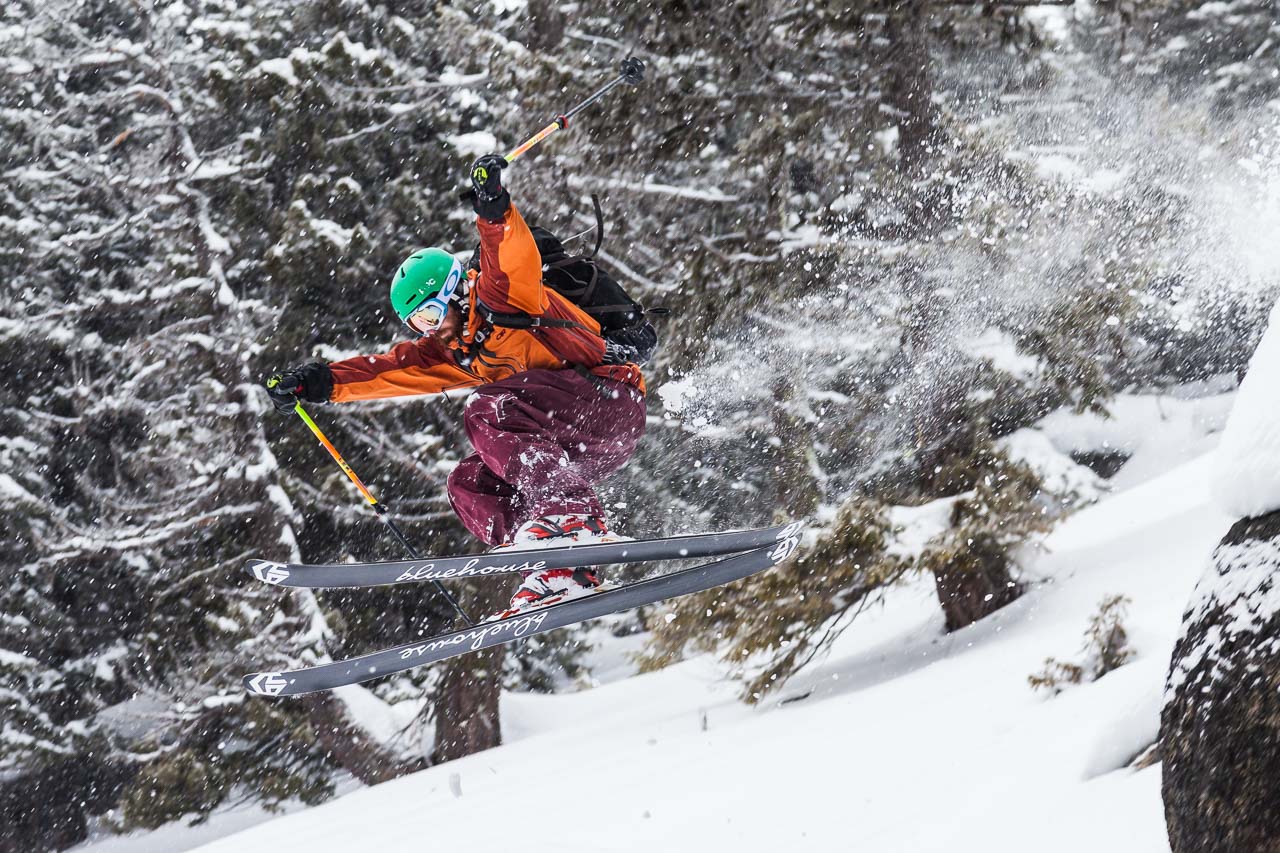 Without any of the hype but all of the amazing backcountry access to Glacier National Park and the Bitterroots, Missoula could easily be a destination ski town. It doesn’t have a big resort, but instead that most perfect kind of local ski hill, Montana Snowbowl.

This year they have an awesome and very affordable “Ski in 3” deal for kids: $119 for three days of visits, which includes everything — equipment rental, lift tickets, and lessons. Families looking at options to both get their kids skiing/boarding for the first time, as well as having some cool cultural events/good local food, should strongly consider this university town with next level bars and food scene.

Central Idaho’s Brundage Mountain is a great option for people looking for a place that’s quiet and almost never crowded, but still has access to bigger terrain features. Brundage has snowcat tours that access backcountry powder, as well as overnight backcountry hut trips available. The nearby town of McCall has some awesome Airbnb options right on Payette lake.

Salida, Colorado pretty much has a permanent spot on our coolest towns for outdoor adventure. It’s one of those places where whether you visit in summer or winter you get jealous you don’t live there. For a town of its size they have a powerhouse food and craft beer scene and a beautiful little historic downtown right along the Arkansas River.

Salida’s “town mountain” Monarch is just a 30-minute drive and has all of the Colorado big mountain terrain access (including snow cat skiing) but a much less crowded scene than the I-70 resorts. The whole setup is easy as well. Fly into Denver, then Salida is only a 2 and a half hour drive. Post up in Salida for a week and you’re set.

Along the Montreal River and the border of northern Wisconsin and Michigan’s Upper Peninsula Michigan (UP) are a cluster of cool little towns, including Ironwood, Hurley (Wisconsin), and the slightly more distant but super cool Mercer (Wisconsin). These are towns with tons of character and there’s plenty of downhill skiing for you and the family.

A great Midwestern family ski trip would be setting up for several days in Ironwood, and then riding nearby Powderhorn Mountain. 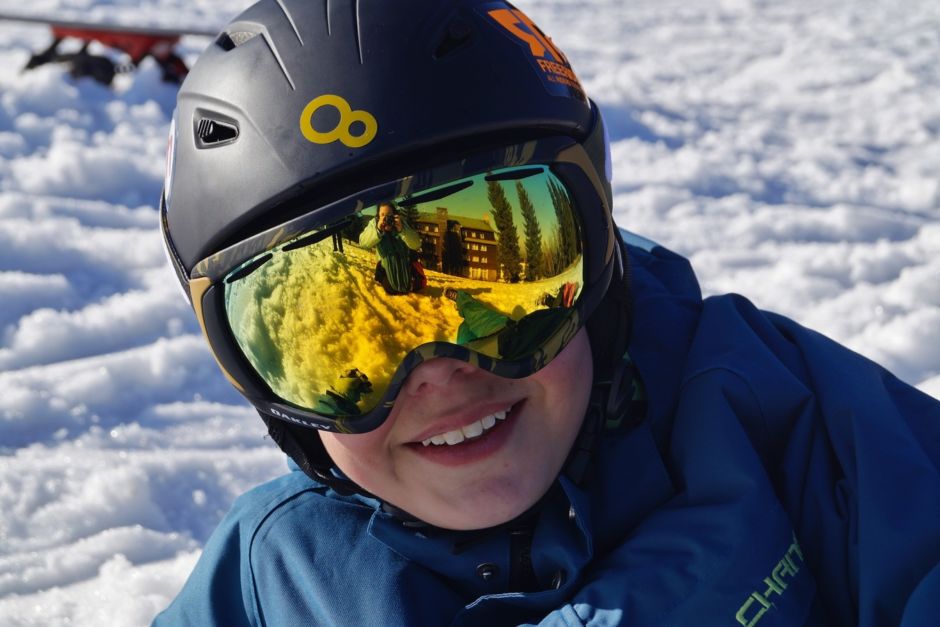 Bromley is among the best family ski setups in the North for several reasons. First, it’s unique in that it has southern exposure, making it warmer/sunnier than other resorts in Vermont. And it’s a perfect size, with 47 trails split up evenly: 32% beginner, 37% intermediate and 31% advanced. There’s a single cozy lodge and the whole place is just very manageable with kids.

The nearby town of Manchester is actually a destination in itself with some of the best shopping in the region (Ralph Lauren and Brooks Brothers factory outlets) and one of the nation’s most notable independent bookstores, Northshire Books. 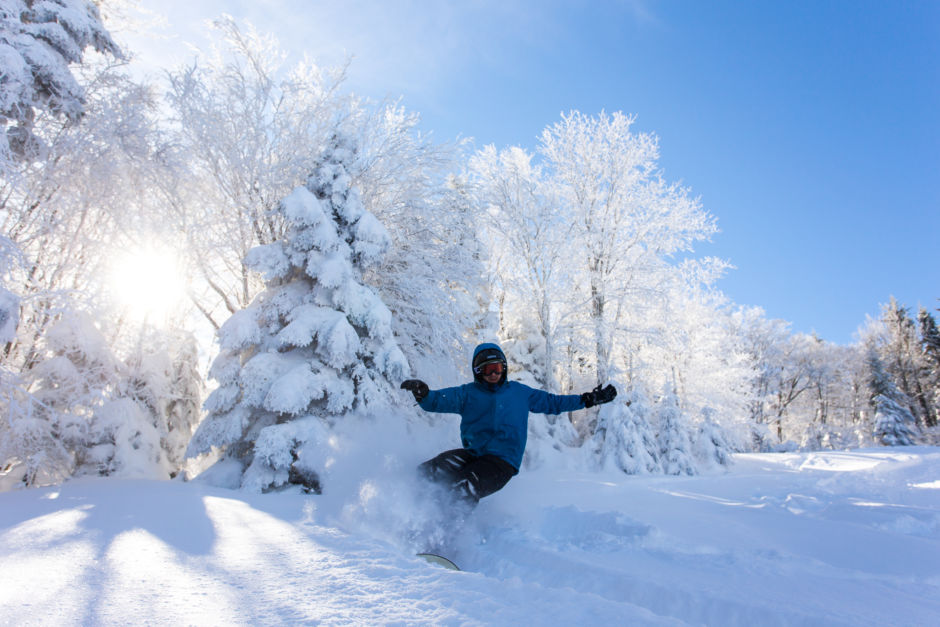 Yes, you can find real snow in the South. Image: Jess Daddio

For ski families in the South, the issue is lack of “true” snow. A few Western North Carolina ski areas have good snowmaking equipment and passable runs (especially if you’re up there during a polar vortex). But what many people don’t realize is that one area in the South does get hammered consistently: the Canaan Valley in West Virginia.

Because of its unique geography (it’s the highest valley east of the Mississippi ) this area gets tons of Lake Effect snow each winter. The local town of Davis is the the hub for and a funky homespun snow/whitewater/mountain biking culture. You’re sure to find some characters. There are multiple ski areas to choose from. Canaan Valley is actually a ski area operated within a state park. And White Grass is a super family-friendly nordic center. Note that this area is also only three hours from DC. Check the vibe below: