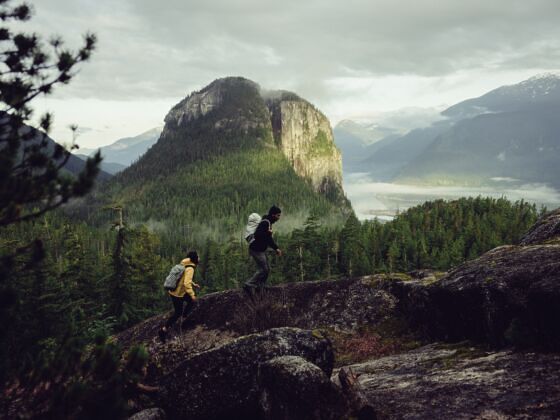 4 Ways to Experience the Majesty of the Mountains This Fall

Crisp, jacket-weather temperatures. Forests bursting with crimson and gold leaves. Smaller crowds and bigger views. These are among the many allures of autumn in North America’s grandest high-mountain landscapes — and there’s nothing like admiring this seasonal splendor on a day or weekend adventure.

Where to start? There’s hiking to fall-foliage vistas, leaf peeping while logging trail-running miles, or spiking that adrenaline with an autumn canyoning expedition. With the Milky Way rising earlier and earlier this time of year, stargazers can admire surreal nightscapes — and, on the right trip with the proper conditions, the aurora borealis.

The gear you pack depends on your adventure du jour, but in most cases, a base layer and lightweight down jacket, such as the Cerium Hoody from Arc’teryx, will do the trick. Peruse the Arc’teryx layering guide for additional advice, as well as their full Fast and Light line for apparel that packs light but punches well above its weight. Then it’s time to hit the trails for one — or all — of these fall adventures in the mountains. 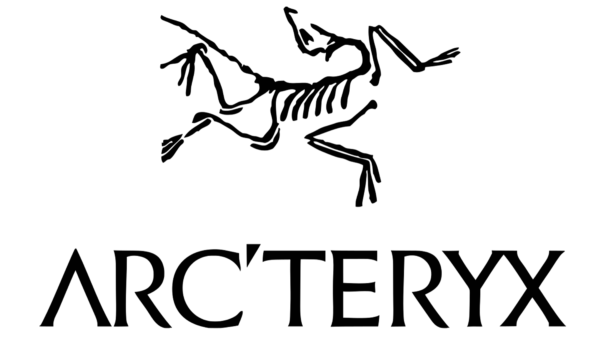 This post is proudly produced in partnership with Arc'teryx.

Wyoming’s Teton Range towers above Jackson Hole and promises an adventure backdrop that becomes even more jaw-dropping as the valley’s cottonwoods turn orange. Grand Teton National Park is the best place to admire this natural marvel.

The park’s 250+ trail miles make for an endless variety of awestriking autumn day hikes. Try the trail through Flagg Canyon; it winds along the Snake River for 5 out-and-back miles with an elevation gain of only 340 feet. The 7-mile Jenny Lake Loop is another fan favorite, with ample views of the lake’s calm water reflecting those colossal Tetons.

For a breathtaking view from above, fly into Jackson Hole Airport, which is located inside the park. From the town of Jackson (yes, it’s different from Jackson Hole), the park is a 20-mile drive; from Salt Lake City, it’s about 300 miles or five hours.

Few leaf-peeping hikes can rival the sea of vibrant maple and birch trees visible from Vermont’s Camel’s Hump State Park. The getaway’s name stems from the park’s signature summit, Camel’s Hump; 1600s-era explorers believed the peak resembled a camel’s derriere. It’s the third-highest mountain in Vermont, and one of the state’s few areas with alpine vegetation.

Multiple routes lead to the summit’s Green Mountain views, including the 6-mile out-and-back Monroe Trail, which starts on Camel’s Hump Road and gains around 2,500 feet of elevation.

Camel’s Hump State Park sits about 20 miles northwest of Montpelier and less than 25 miles east of Burlington and the city’s international airport.

The Canadian Rockies’ largest national park is also its most impressive. Jasper National Park is a roughly 4,000-square-mile amalgam of sawtooth peaks, birch and spruce woodlands, and iconic four-legged residents: moose, caribou, bears, and mountain goats, to name a few.

To cram in as much scenery as possible, take the Jasper Skytram above the cherry-red foliage to Whistlers Peak, where panoramic overlooks and a web of mountaintop trails await. (Snag java with a view at the Summit Café before catching the tram back down.) Back at ground level, another option — the 3-mile lollipop loop along the Valley of the Five Lakes — promises touches of frost-blue water to contrast with those scarlet and yellow leaves.

Edmonton, 190 miles to the east, is the closest spot to kick off your Jasper expedition.

Adirondack Loj, a historic lodge that marks the starting point of the high peaks, offers some of the best trail-running routes. Jumpstart that lactic acid on the 1.8-mile loop trail up Mount Jo, one of the area’s milder mountains. Or, crank up the heat on the 14-mile Van Hoevenberg Trail to Mount Marcy, the highest point in New York state.

Driving from NYC is the easiest way to get here, but expect to be on the road for about five-and-a-half hours. Alternatively, for car-free fun, take the scenic 10-hour ride on the Adirondack Train from Penn Station.

It’s hard to find a bad view in densely forested, alpine-lake-dotted Banff National Park. This sliver of the Canadian Rockies brims with aspens and birches. The golden flora makes the park’s already eye-popping trails even more enchanting — starting with the most popular stop, the milky-blue Lake Louise.

For a trail run sans crowds, try the 5.5-mile out-and-back route to Bow Glacier Falls, which starts on the shores of the turquoise Bow Lake. The 6.7-mile Boom Lake Trail, meanwhile, promises Rocky Mountain landscapes, minimal incline, and, if you’re lucky, the sound of loon calls throughout the run.

Banff is accessible via a two-hour drive from Calgary or the VIA Rail train from Vancouver.

From ice climbing to backcountry skiing, the Colorado mountain town of Ouray does not skimp on adventure. For a lesser-known excursion to get your heart pumping in this region of the San Juan Mountains, try autumn canyoning.

Outfitters like Canyoning Colorado take guests safely down and through Ouray’s waterfalls, limestone walls, and creeks. Tours run from half to full day, with options for beginner through advanced skill sets. To go deeper than a one-off expedition, try training classes to improve for future outings.

Montrose is the closest airport; it’s about a 45-minute drive from there to Ouray. Grand Junction and Durango regional airports are less than two hours away.

Fall may not bring brightly colored leaves to Utah’s dry, cactus-studded Goblin Valley State Park — but it does kick off one of the park’s mildest, and most enjoyable, seasons. And canyoning is an immersive way to admire this escape’s otherworldly sandstone scenery.

The local guides from Get in the Wild offer numerous tours, including a half-day canyoning trip in the park’s Goblin’s Lair; the five-hour day includes hikes among hoodoos, rappelling 90 feet, and narration about local history and geology. Or, if you’re up for a particularly nerve-wracking challenge, head 2.5 hours southeast to join Get in the Wild for a journey into Bluejohn Canyon — the canyon featured in Hollywood’s 127 Hours (you know, the one where James Franco has to amputate his own arm).

Admire the destination’s dreamy nightscapes at Glacier’s Lake McDonald, where inky-black skies make it easy to spot constellations and planets. Up in Waterton Lakes, stop-offs along Red Rock Parkway offer amazing vantage points on the Milky Way as it arches over mountains and prairies.

In fall, Maine transforms into a painting of red- and rust-hued forests flanking moose-abundant lakes, and those aren’t the only views worth writing home about. Come nightfall, Maine’s far-flung Katahdin Woods and Waters National Monument leaves astro-enthusiasts speechless beneath a sea of glittering stars.

The national monument is located next to Baxter State Park, home to the northern terminus of the Appalachian Trail, Mount Katahdin, and there are great views of the iconic Maine peak found here. But don’t forget to look skyward come nightfall — Katahdin Woods and Waters earned its title as an IDA Dark-Sky Sanctuary in May 2020. Expect to be swept away by the cosmos — and the steady soundtrack of calling loons — at the Katahdin Loop Road Overlook, the Sandbank Stream campsites, or the Haskell or Big Spring Brook huts.

Katahdin is in northern Maine, about two hours north of the closest major airport in Bangor.

This post is proudly produced in partnership with Arc'teryx.