You probably don’t want to actually get caught up in a murder on the Orient Express, but simply riding on the storied train is exciting enough. The Venice Simplon-Orient-Express train transports you back to the early 20th century, and now there are three new grand suites to further add to the ride’s immersion. Named after Vienna, Prague, and Budapest, all of which are on the train’s route, the suites will be styled in their respective city’s aesthetic, inspired by its unique features.

Gary Franklin, Belmond’s Trains and Cruises Vice President, said in a statement, “Each meticulous suite will draw inspiration from the romance, adventure and style of each great European city we travel to. The suites evoke the individual city experience whether it is walking along the Charles Bridge in Prague or exploring the contrasting Gothic and Ottoman architecture of Budapest.” 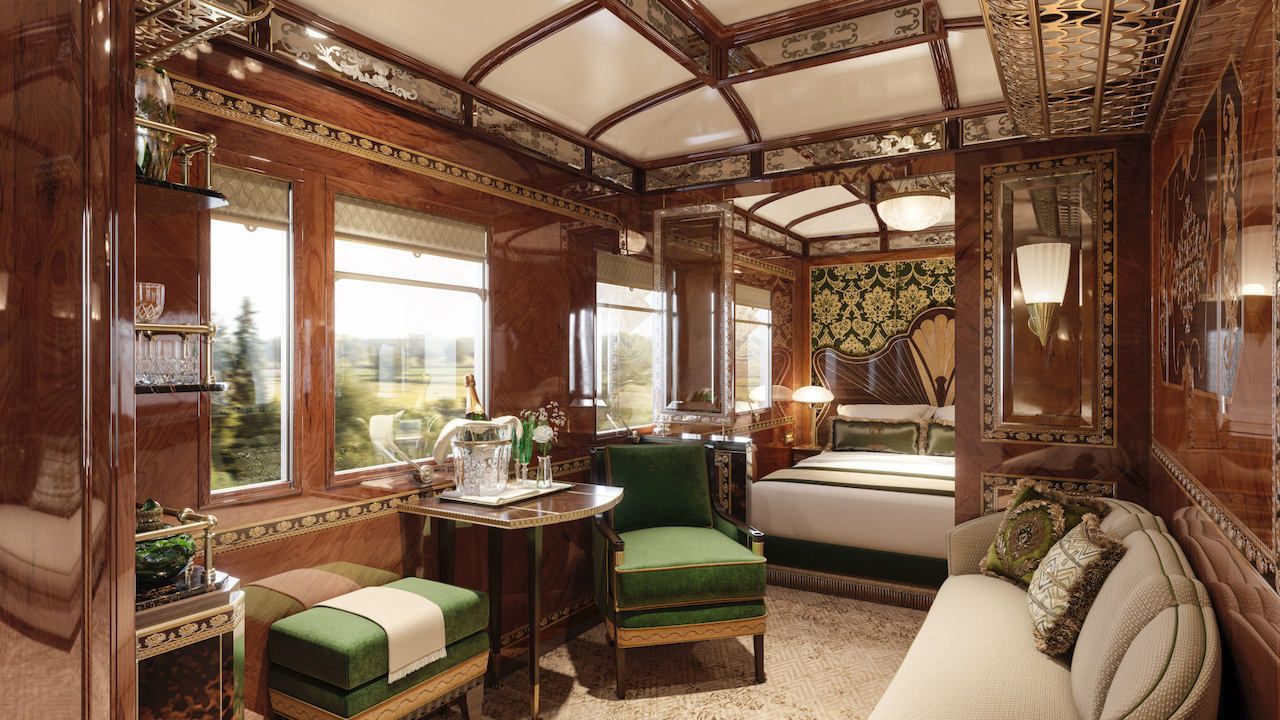 The train’s other existing suites — like Paris, Istanbul, and Venice — are also named after the cities they represent, all of which serve as stops on the route. To check out the new additions, the train runs from March to November, but it only makes the full trip from Paris to Istanbul once a year. And, as you probably expected, the grand suites aren’t cheap. They start at $7,500 per person.

Art + ArchitectureThe 11 Most Beautiful Train Stations Around the World
Tagged
Lux Travel News Train Travel
What did you think of this story?
Meh
Good
Awesome