As travelers, we are sometimes distracted by the “exotic.” Yes, it’s glamorous to be able to hop a flight over oceans and access the other side of the world, to see new landscapes and new cultures. But that fact shouldn’t come at the cost of overlooking the truly extraordinary places so much closer to home.

The national parks of Colorado are truly world class. And to tour them all is practically to take a trip around the world — you’ll see everything from breathtaking Rocky Mountain peaks to massive sand dunes, raging rivers to millennia-old remnants of a vanished civilization. Touring the state’s five national park properties — and the authentic small towns providing you local character and hospitality along the way — is quite frankly one of the world’s premier road trips.

Which is why we sent Instagram influencer and photographer extraordinaire Johan Lolos, along with a small team, to experience it. Whether it was dangling his legs over the side of a prop plane high over the Black Canyon, or trekking up sand dunes at 4 in the morning, we knew Johan would do whatever it took to get the shots to perfectly document the adventurous journey. What the crew came back with — video, imagery, stories — is mind blowing, practically life changing. See it below for yourself.

This post is proudly produced in partnership with the Colorado Tourism Office.

Rocky Mountain National Park is the place to climb 300-million-year-old granite peaks; explore Ice Age glaciers; spot elk, moose, and bears; and bask in the magnificence of snow-capped peaks. Rocky is the fourth-most-visited national park in the US, so that should tell you something. Via the eastern entrance to the park, you’ll have access to more hiking than you could tackle in an entire summer, ranging from day strolls to challenging multi-day treks or climbs. Get ready to explore. 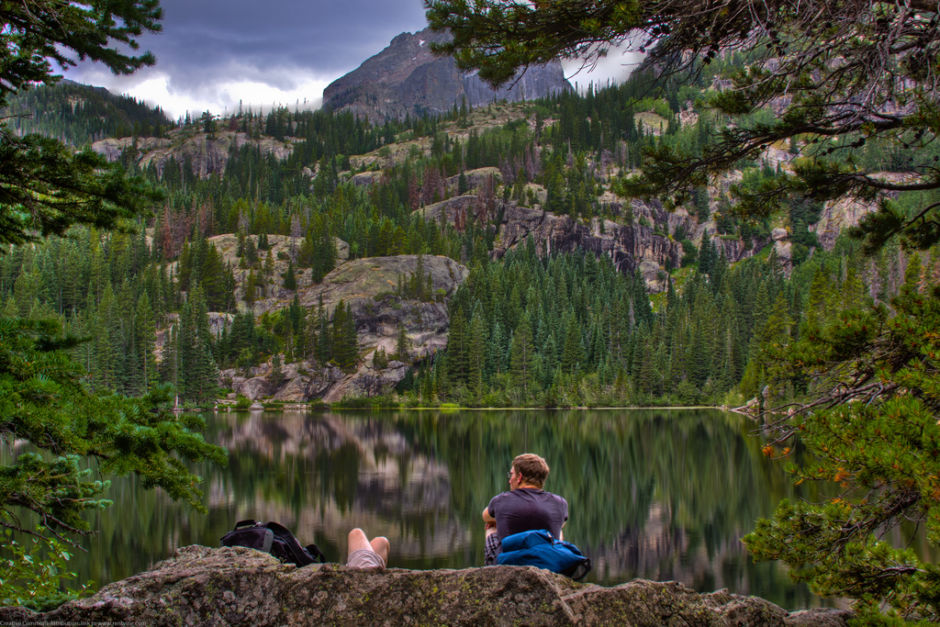 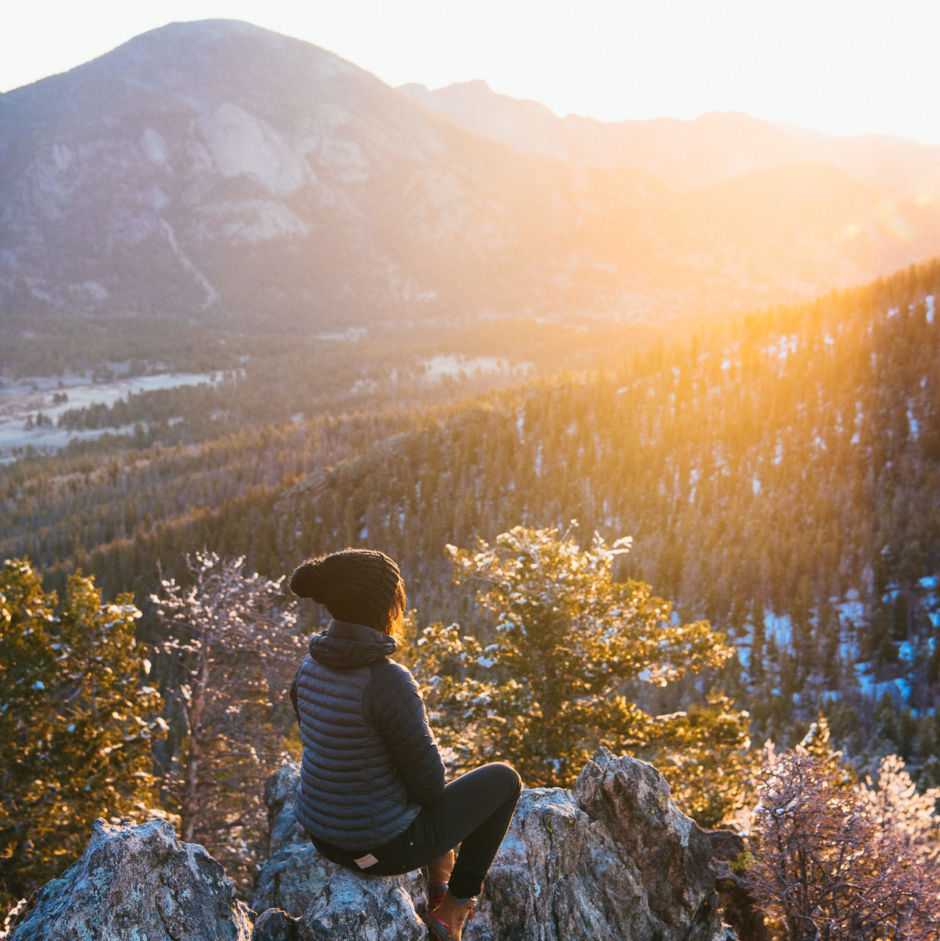 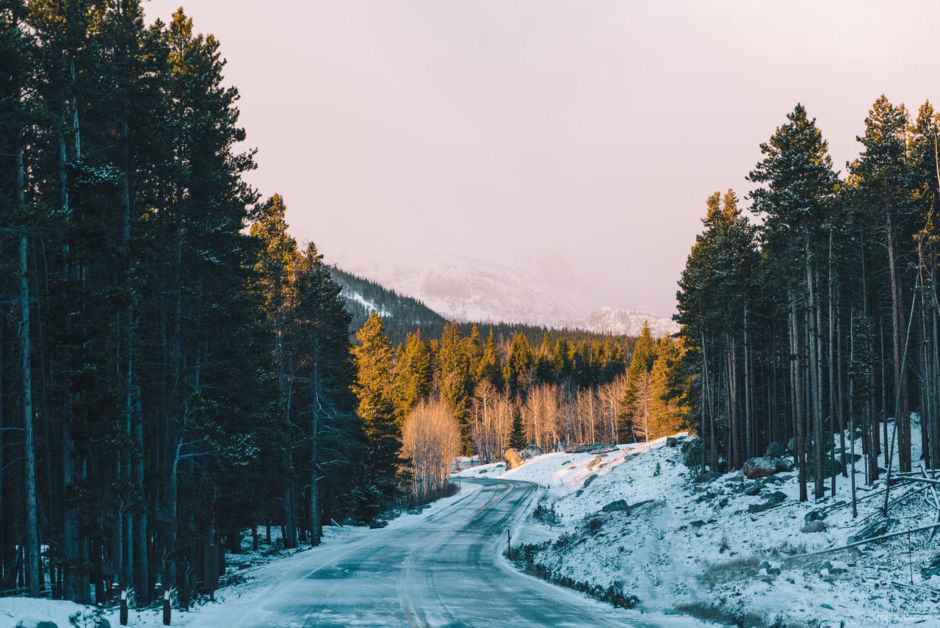 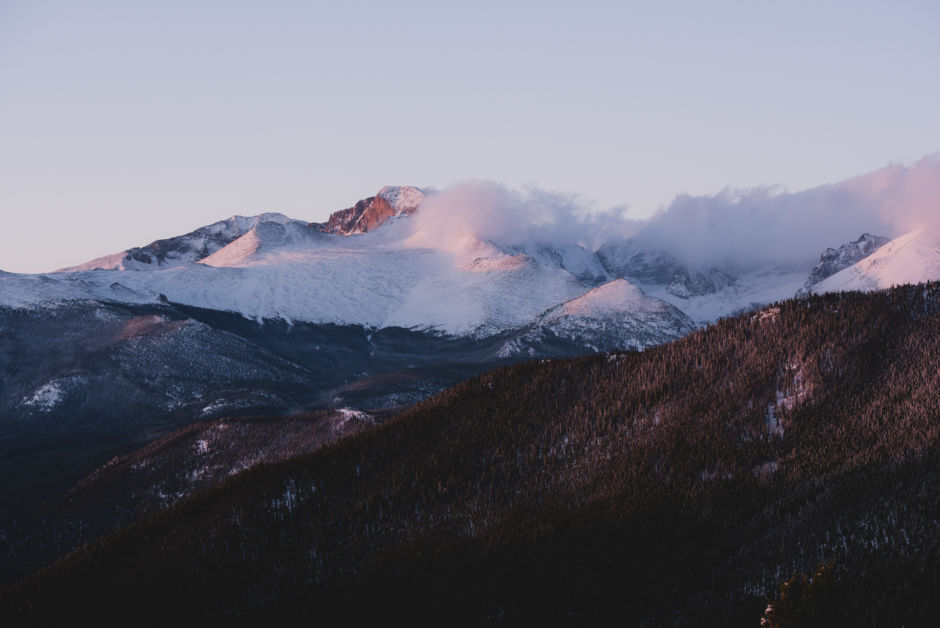 Over on the western side of Rocky Mountain National Park, there are plenty more scenic trails to hike, bald peaks to climb, rivers and lakes to paddle, and wildlife to spot. One summer experience you shouldn’t miss, especially if you’re road tripping through Colorado’s national parks, is driving the highest continuous paved road in the US. Stretching from Estes Park in the east to Grand Lake in the west, Trail Ridge Road crests at 12,183 feet and rises above the treeline for 11 incredible miles. 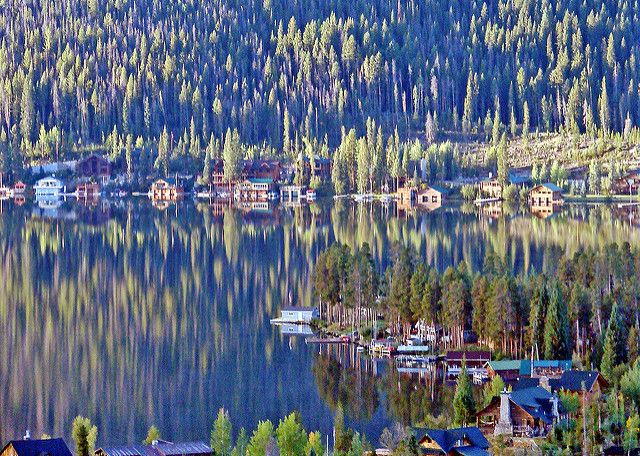 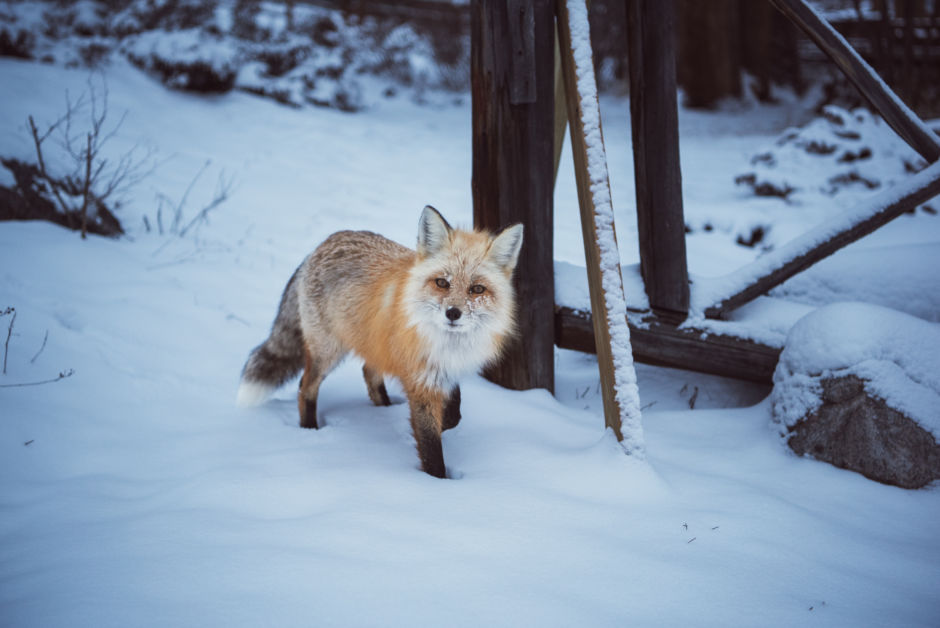 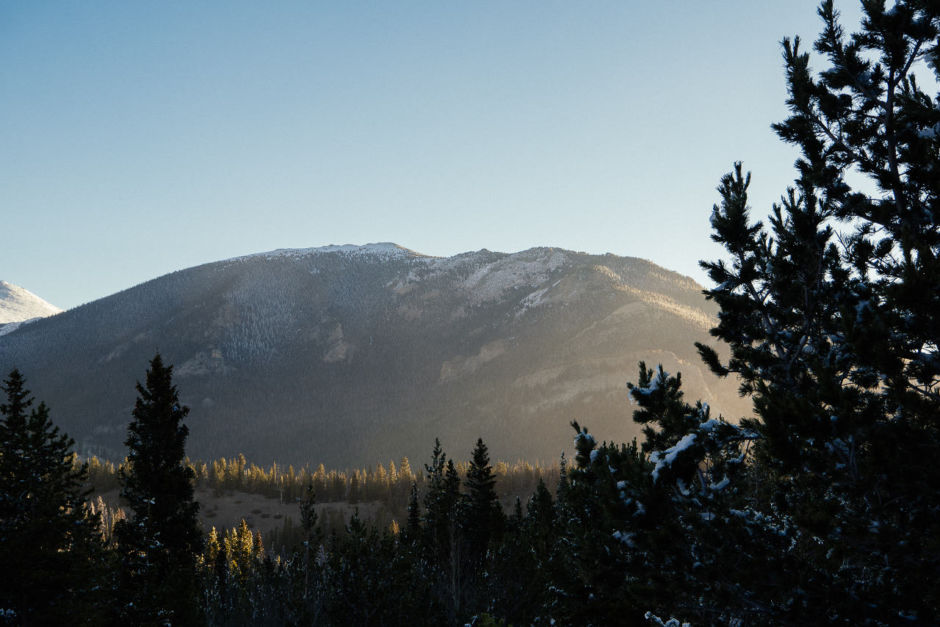 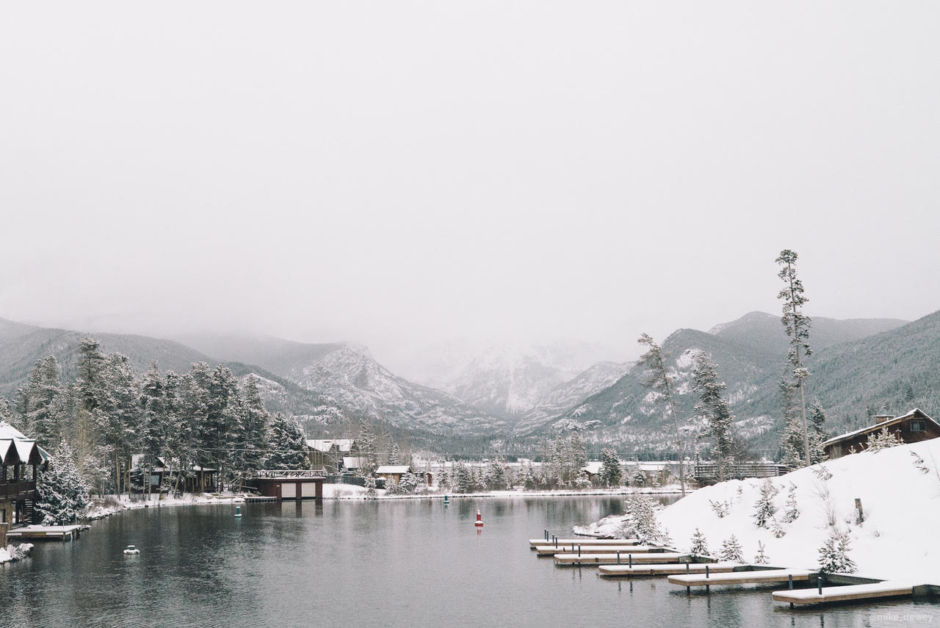 Yes, it’s a monument rather than a national park, but the red canyons that rise starkly above the Grand Valley of the Colorado River are certainly whatever label you want to give them. Dinosaurs once lived in Colorado National Monument, but today in this semi-arid desert country you’re more likely to see road bikers take on world-class trails among the sandstone and granite. The monument covers 32 square miles, and it’s known for having great hiking throughout the year. 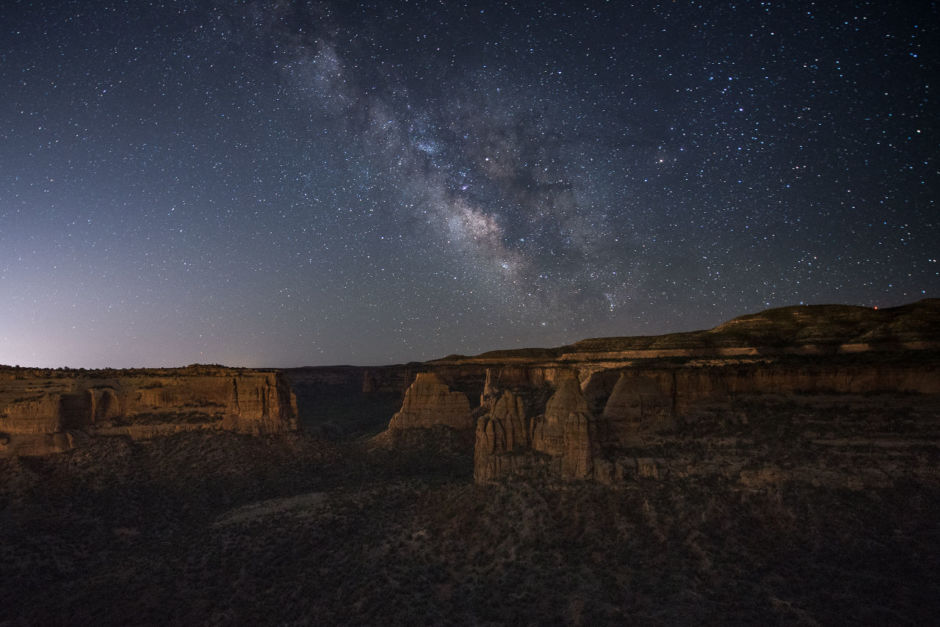 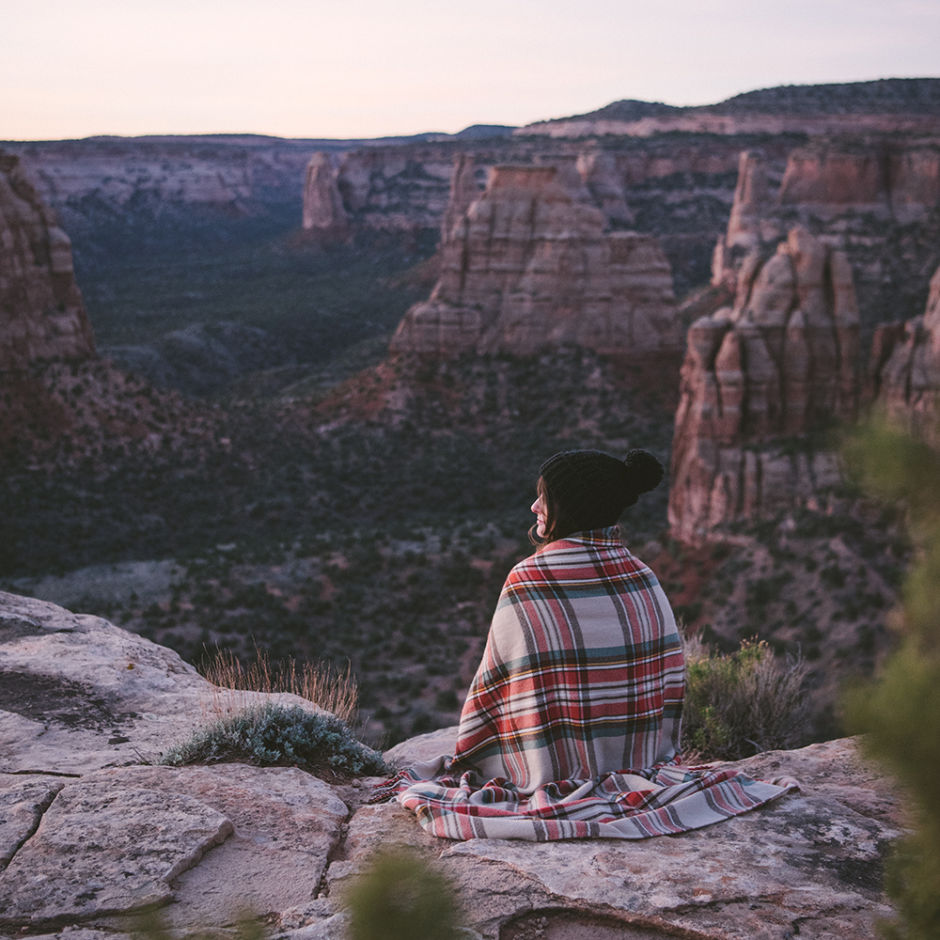 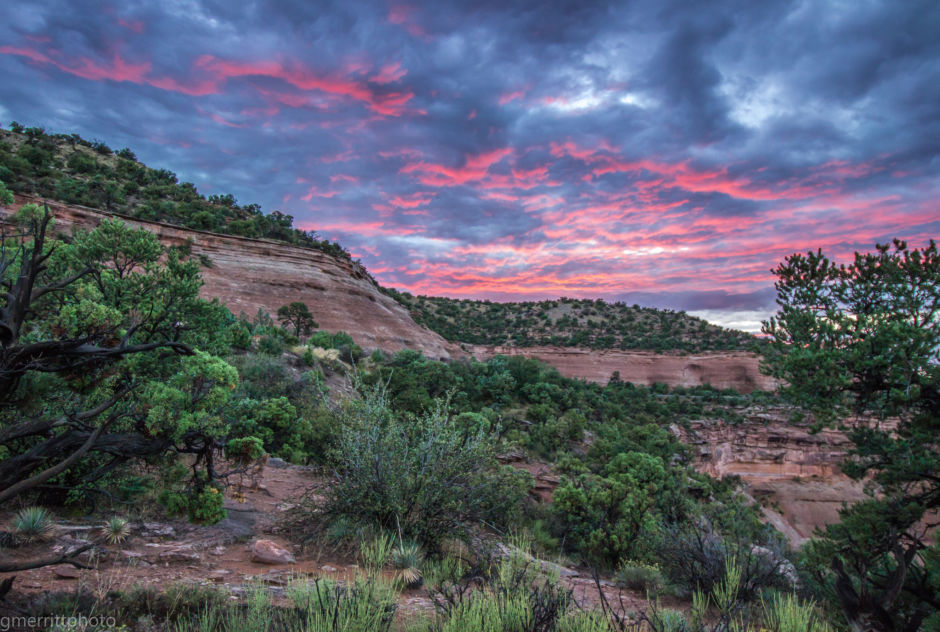 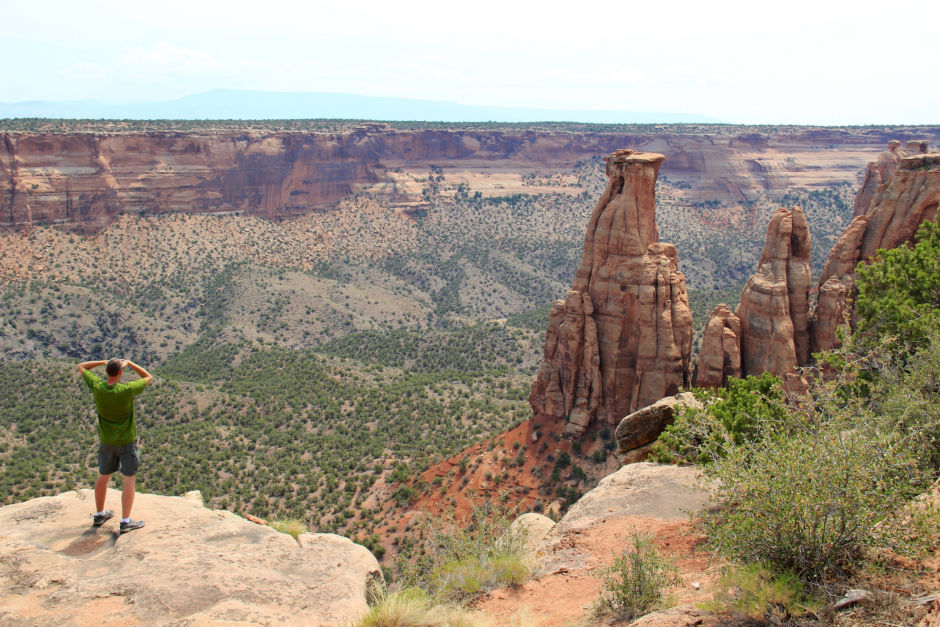 This staggering 2,700-foot-deep canyon has had national park status for less than two decades, and as a result it doesn’t see the visitor numbers of other more established parks. Visit its 32,000+ acres — both above and below the rim — and you’ll be amply rewarded, and not just by the relative lack of crowds. If you can be at Black Canyon at sunset or sunrise, as light touches the rock walls of the chasm, illuminating intricate features like the Painted Wall, it’ll be an otherworldly experience. Then, once you’ve filled your memory card, put down the camera and tackle the hiking trails, climbing routes, fishing spots, and river rapids that make this park so special. 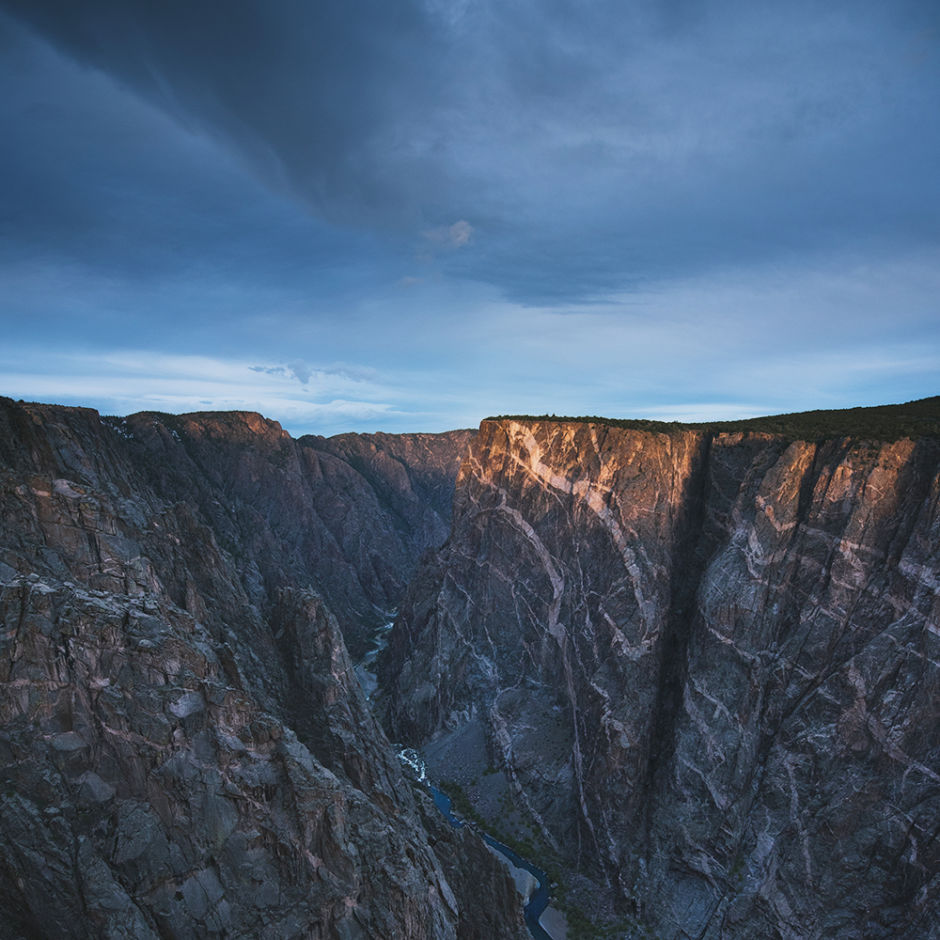 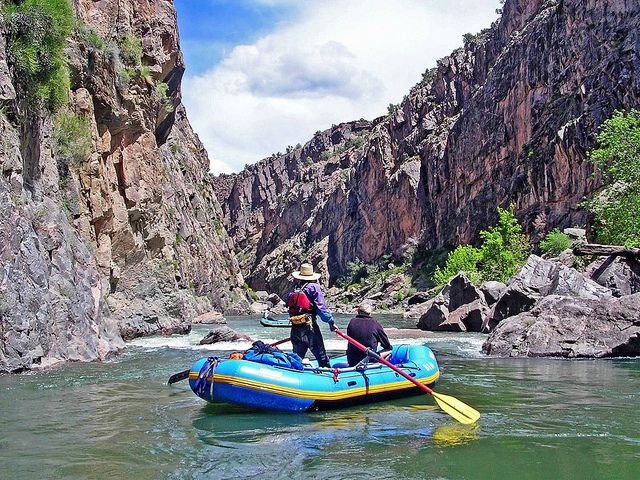 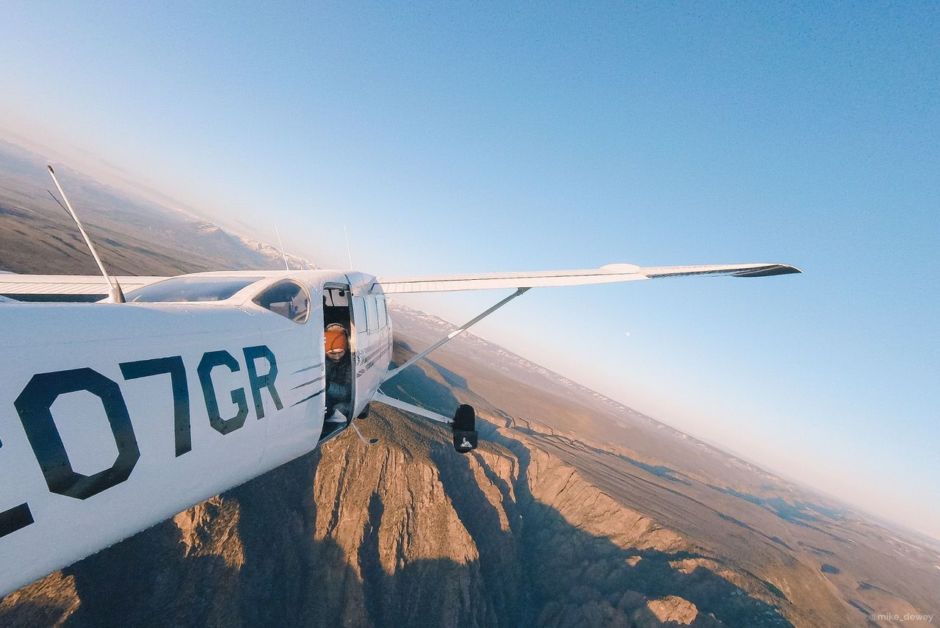 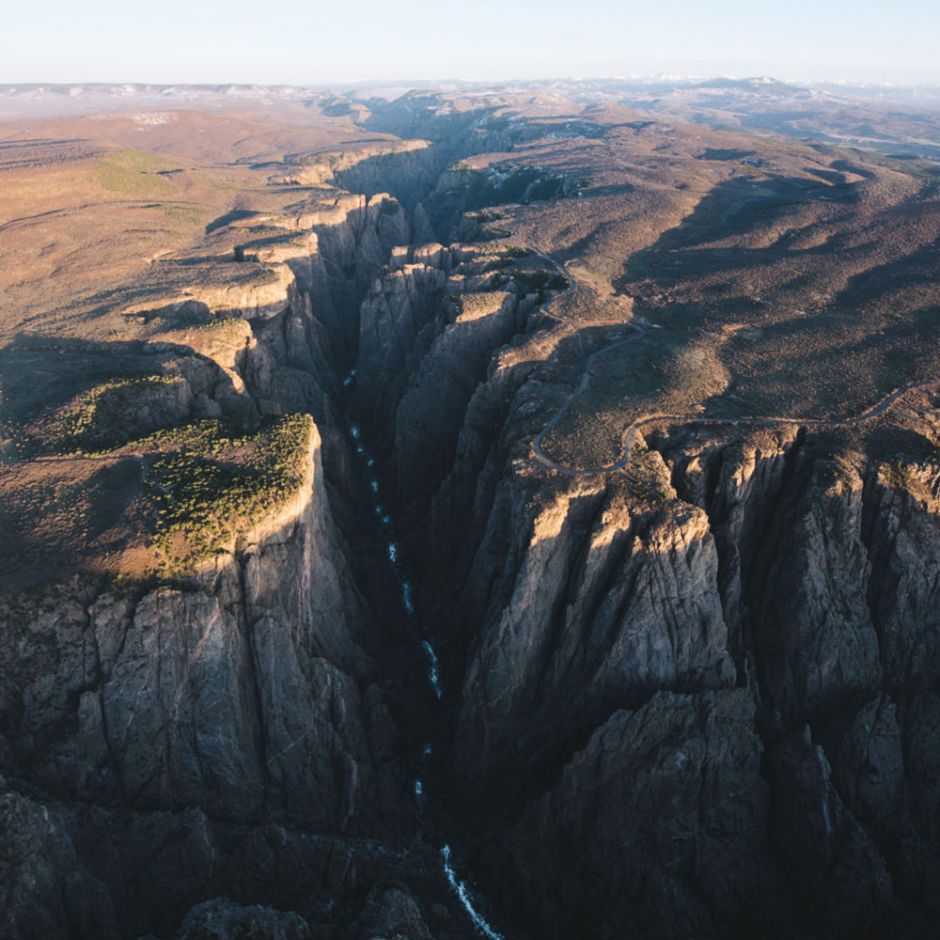 The first pueblos were built at Mesa Verde in 650. The complex cliff dwellings, which are the centerpiece of today’s Mesa Verde National Park, came roughly 500 years later. Archaeologists still aren’t certain why, but by the 14th century the Ancestral Puebloans who inhabited this site had abandoned it. Join a ranger-led tour to learn more about this ancient culture, and to visit the iconic Cliff Palace and Balcony House structures that they left behind. 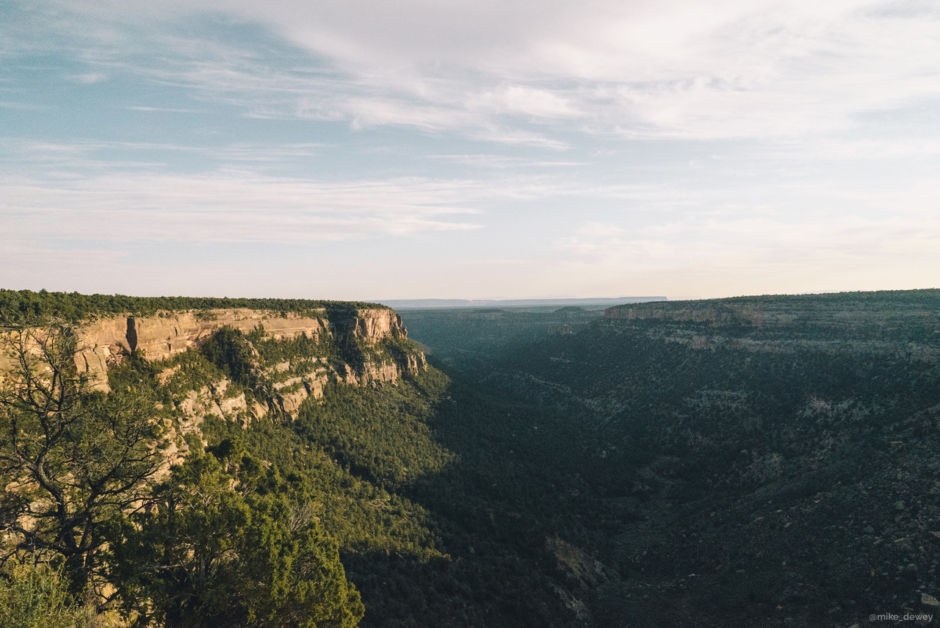 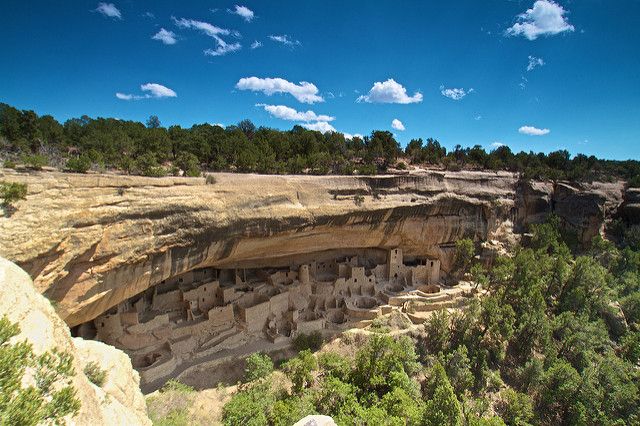 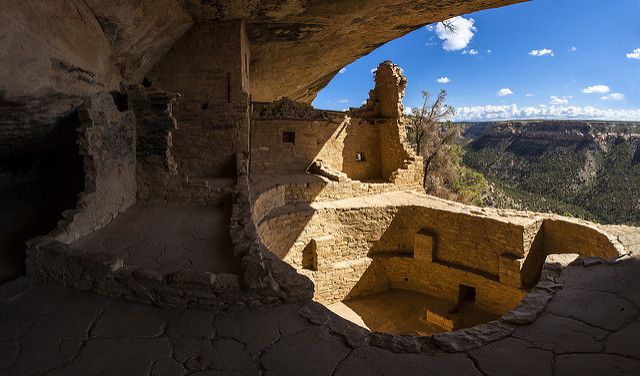 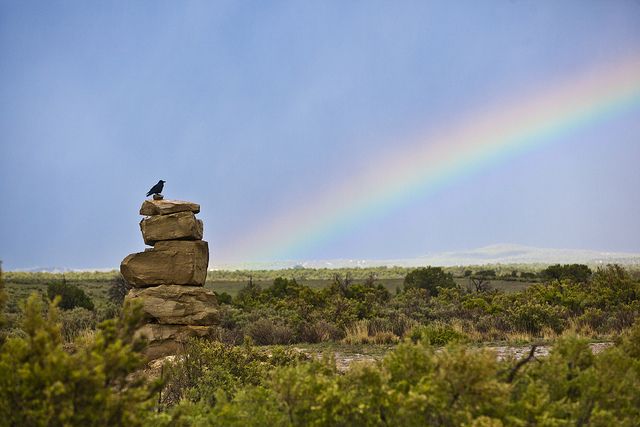 Set between the center of the San Luis Valley and the high peaks of the Sangre de Cristo Range, Great Sand Dunes National Park is home to the tallest sand dunes on the continent. The highest of these — Star Dune — rises 700 feet above the valley. Sure, that doesn’t sound like much in comparison to the 14,000 feet of some of those nearby mountains, but have you ever tried hiking on a shifting sea of sand? There’s a bonus, though: Once you reach the top, you can strap on a sandboard and surf your way back down. 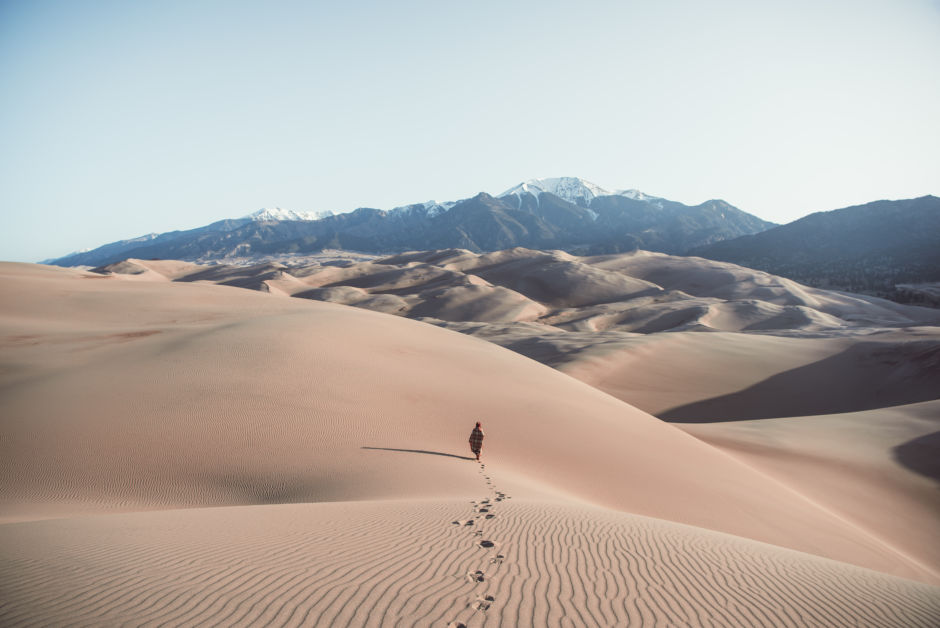 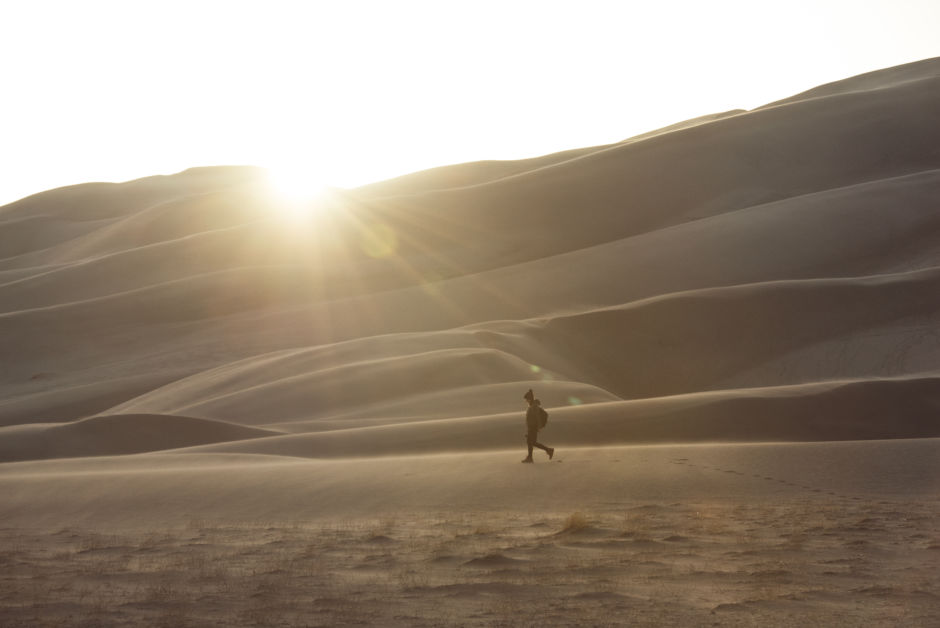 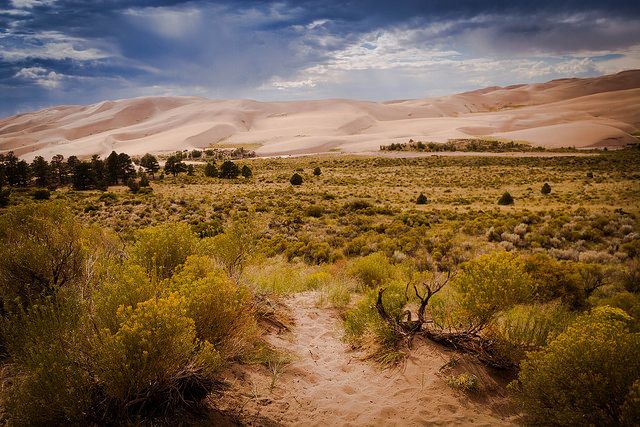 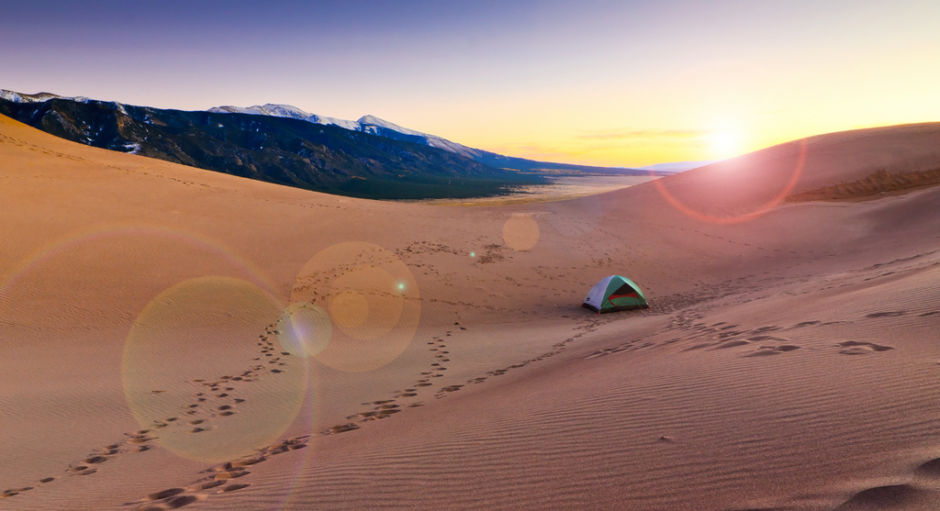