Editor’s note: This photo essay comes to us from Espen Lie Dahl, showcasing his dual passions for nature and nature photography. When not out in the Norwegian wilderness shooting images, he spends his time doing nature research at a research institution. He also runs a small company together with his brother, renting out photo hides and guiding nature photographers on the coast of mid-Norway.

All the images seen below were shot in Norway and on the remote Svalbard Islands in the Arctic Ocean. 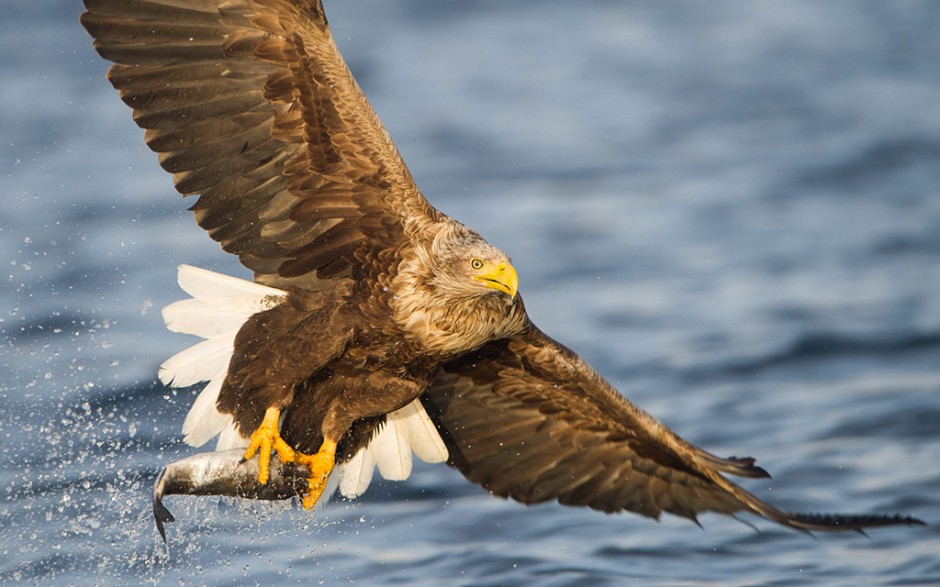 On the island of Smøla, mid-Norway, the densest population of white-tailed eagles in the world is found. Tours guided by eagle experts will take you out to get close encounters with these huge birds. With a wingspan of an impressive 2.5 meters, they look like small aircraft. 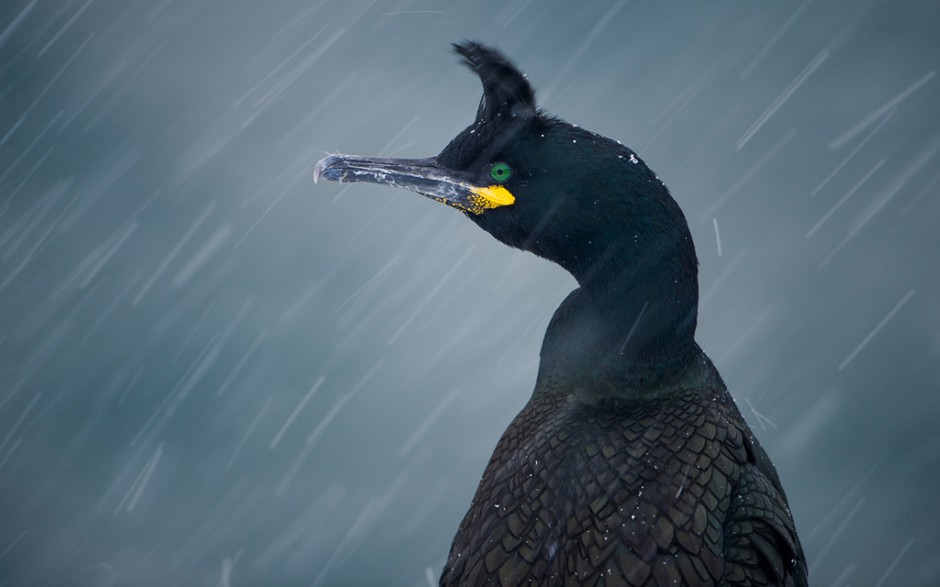 Some creatures are able to handle all sorts of conditions. The European shag is among the toughest of all birds found in the Northern Hemisphere, wintering along the rough Norwegian coastline. During spring they develop a stylish haircut to impress the other sex. Even a strong blizzard does not stop them from raising the feathers on their head to show the other sex how attractive they are. 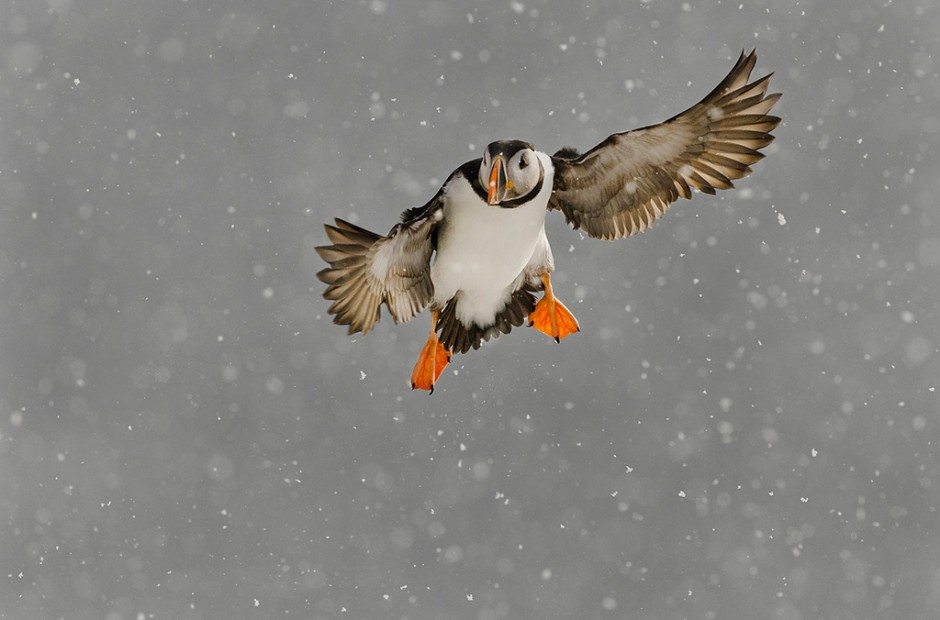 The parrot-like Atlantic Puffin spends the winter out in the open waters of the cold northern seas. In early spring they return to their breeding colonies to start the breeding season. They nest in steep cliffs, digging burrows in which they lay their single eggs. Puffins can become very old indeed; they are known to live for more than 40 years. 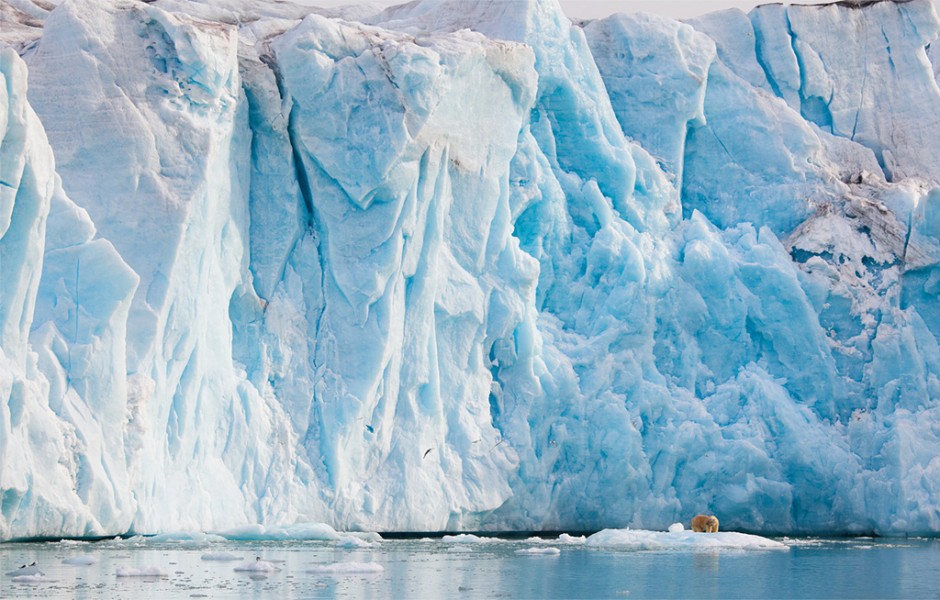 Between Scandinavia and the North Pole—at 80°N—lies the archipelago of Svalbard. Circumnavigating the islands by boat used to be impossible because of sea ice, but not anymore. Due to climate change and ocean warming, the sea ice coverage is shrinking and it is now possible to sail around the archipelago during late summer. The polar bear spends most of its life on sea ice, hunting for seals. Without sea ice there will be no more polar bears. 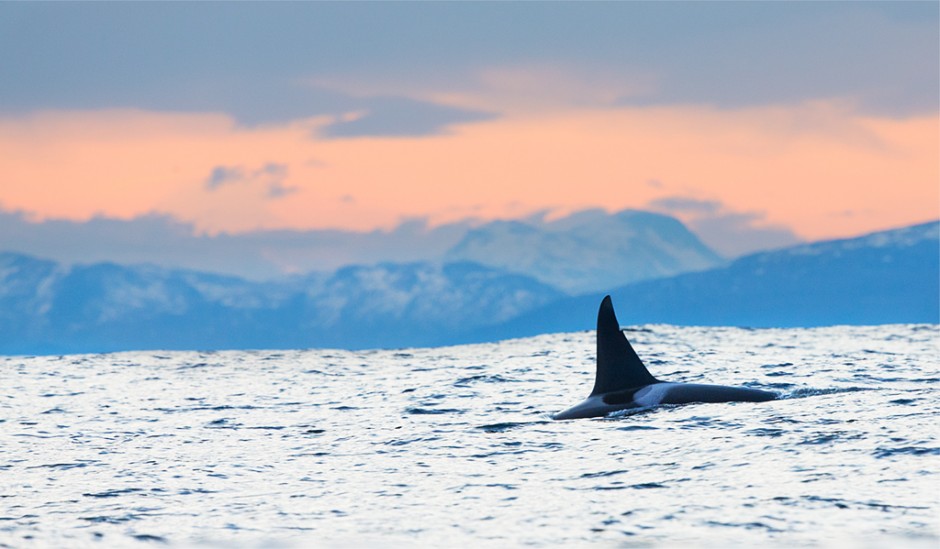 Every winter, huge shoals of herring arrive on the coast of Norway in order to spawn. Along with the herring, pods of orcas and other whales can be seen. They come here to feed on the fish. This particular male orca was seen feeding on herring near the island of Smøla, off the coast of mid-Norway. 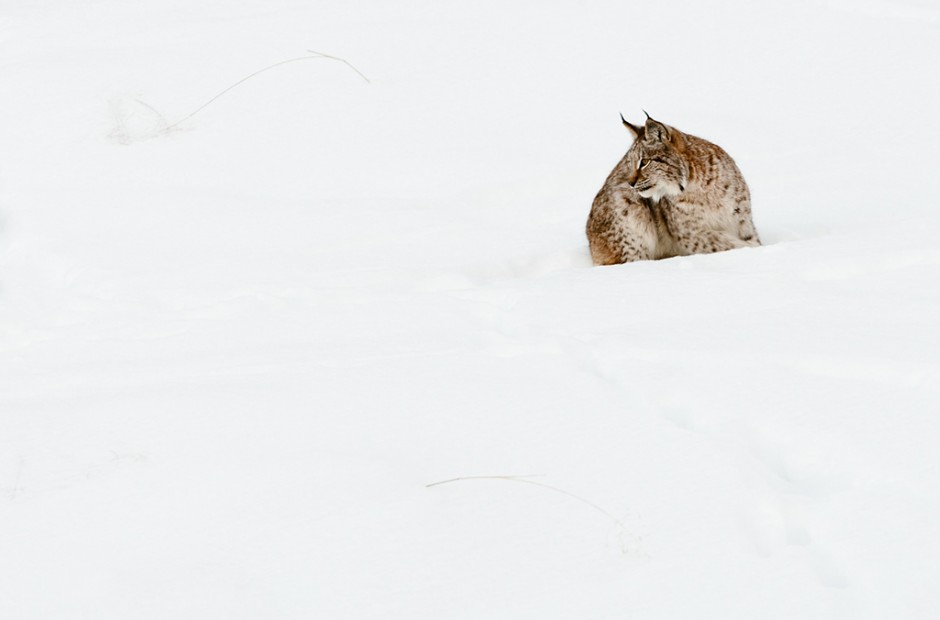 Among the most mystical creatures in Scandinavian nature is the lynx. Humans rarely see this nocturnal feline. I was lucky to come across a roe deer killed by a lynx. While I was waiting around the kill, the big cat suddenly came out from the forest to feed, and I was able to get some images of this beautiful “Tiger of the North.” 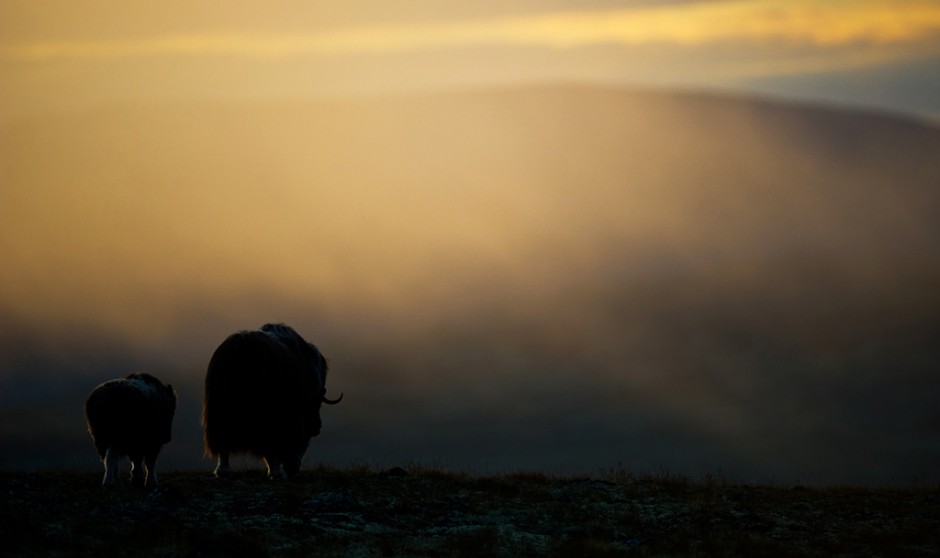 The musk ox can still be found in the Dovre Mountains of mid-Norway, which is probably the most accessible place in the world to spot this creature of the past. Here, the musk ox coexists with animals such as arctic foxes, wolverines, and wild reindeer, making the area a hotspot for observing Arctic wildlife. 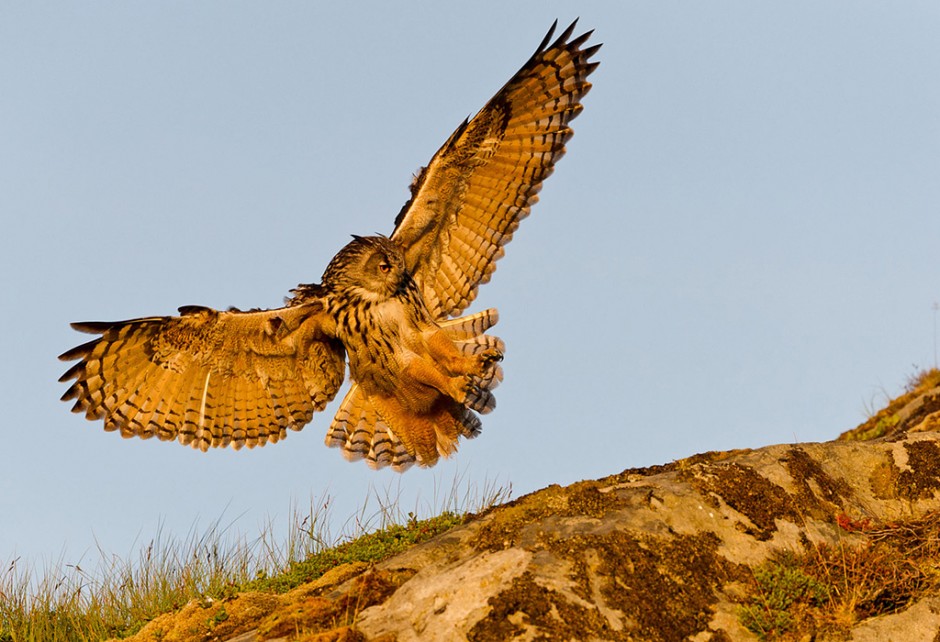 The European eagle owl is among the biggest owls in the world. It is mostly nocturnal. However, at the high latitudes of Northern Norway—above the polar circle—the sun is above the horizon 24-7 during summer. This image is shot at 1am, with the midnight sun lighting up the owl as it lands. 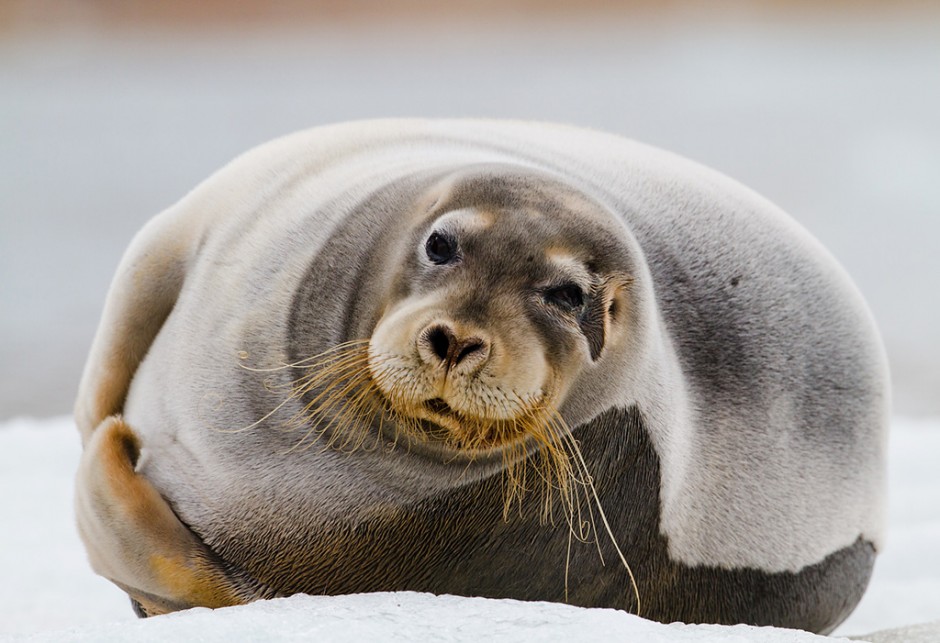 The most conspicuous feature of the bearded seal is its elegant whiskers. They use them as feelers as they search the ocean bottom for clams and squid. The bearded seal is a true Arctic seal, found only at high latitudes, and it serves as the main diet for the polar bear. 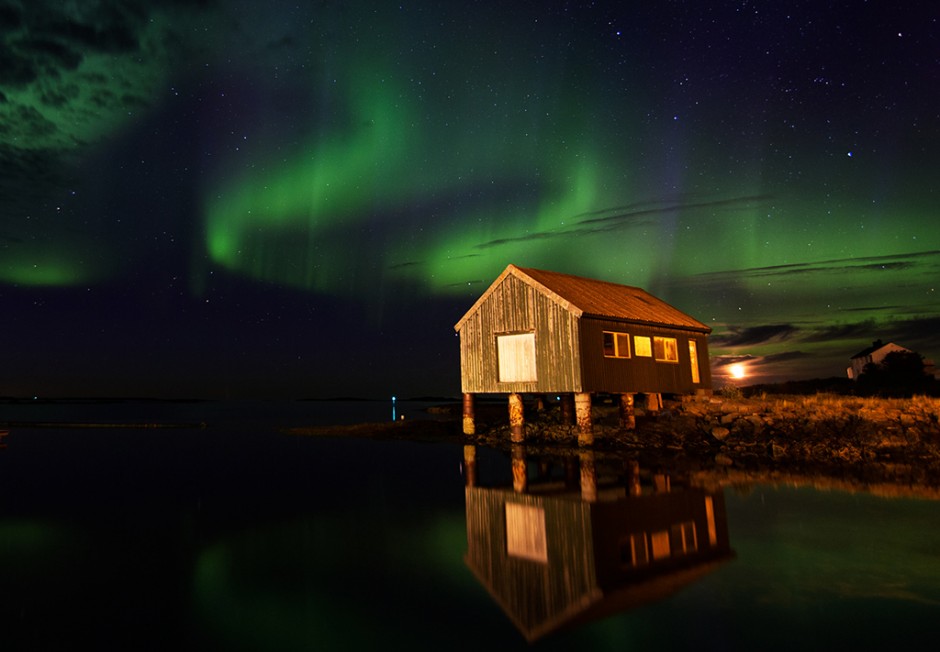 Few things are more fascinating to watch than the aurora borealis. You stand the highest chance to see this in Northern Norway, though it's possible to see the Northern Lights in the south of the country too. All you need is clear skies, warm clothing, and a bit of luck. 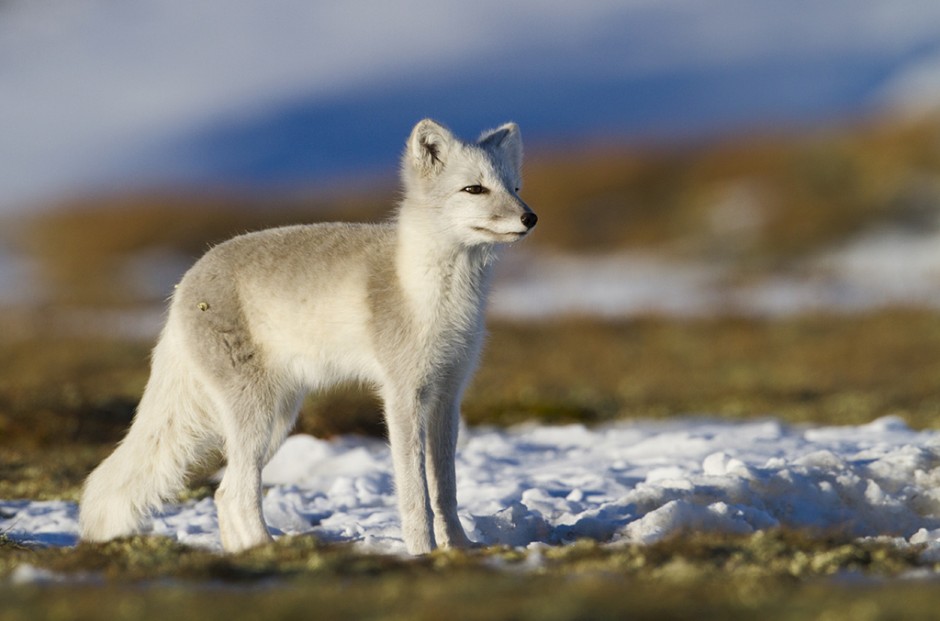 Having become almost extinct in Scandinavia, the Arctic fox is now making a comeback. An enormous conservation effort has been undertaken to protect the species and its habitat. The fox in this image was shot during fall, when they are changing their fur from the dark summer fur to completely white winter fur.

Tagged
Norway
What did you think of this story?
Meh
Good
Awesome

Skiing the Northernmost Mountains in the World: Svalbard, Norway