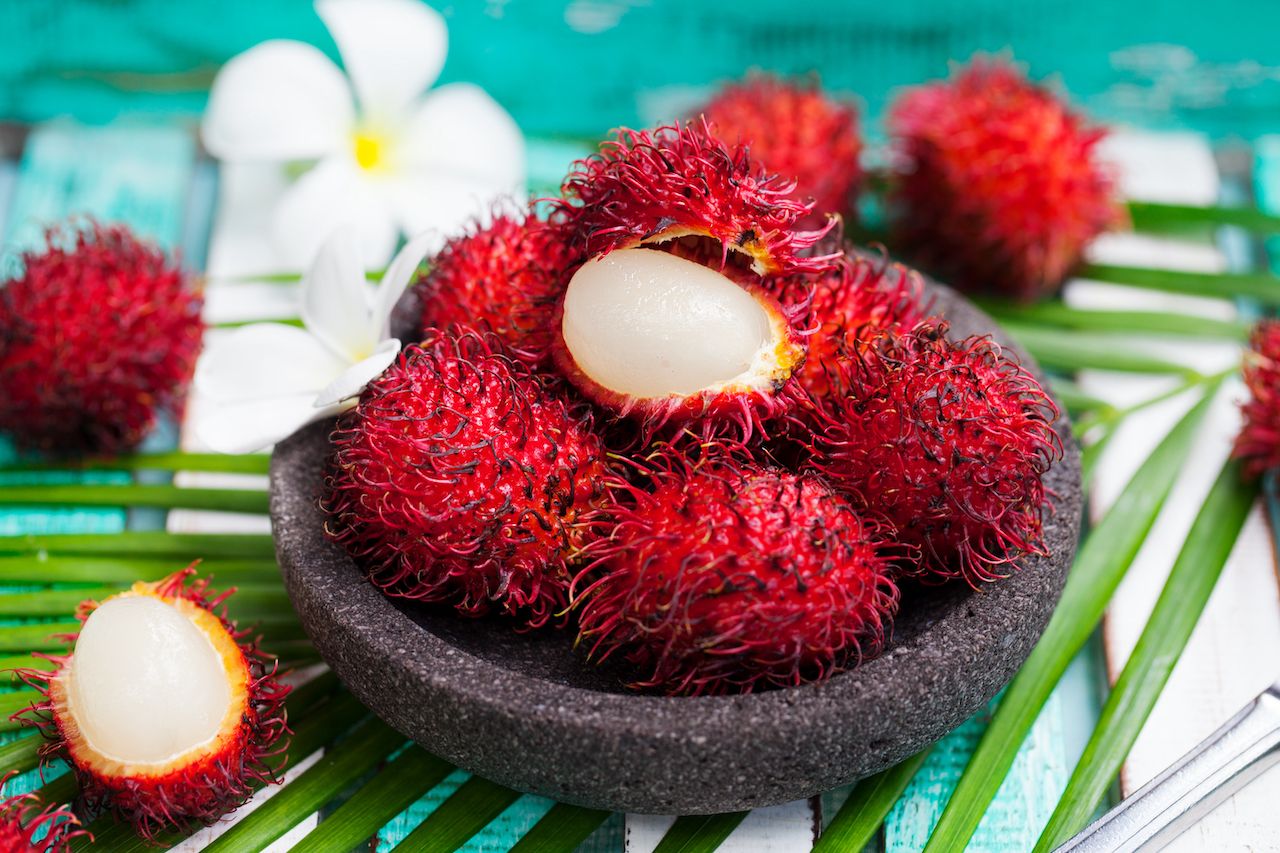 My uncle had a rambutan tree in his backyard growing up, and I always thought these fuzzy little fruits looked like some dude’s hairy balls, so I had no interest in eating them. When I finally tried them later in life, I found them to be very enjoyable. They’re similar to lychee in that you crack the nut casing open with your knuckles and eat the white flesh inside. It’s slick and mildly chewy, with a pleasant sweet flavor. 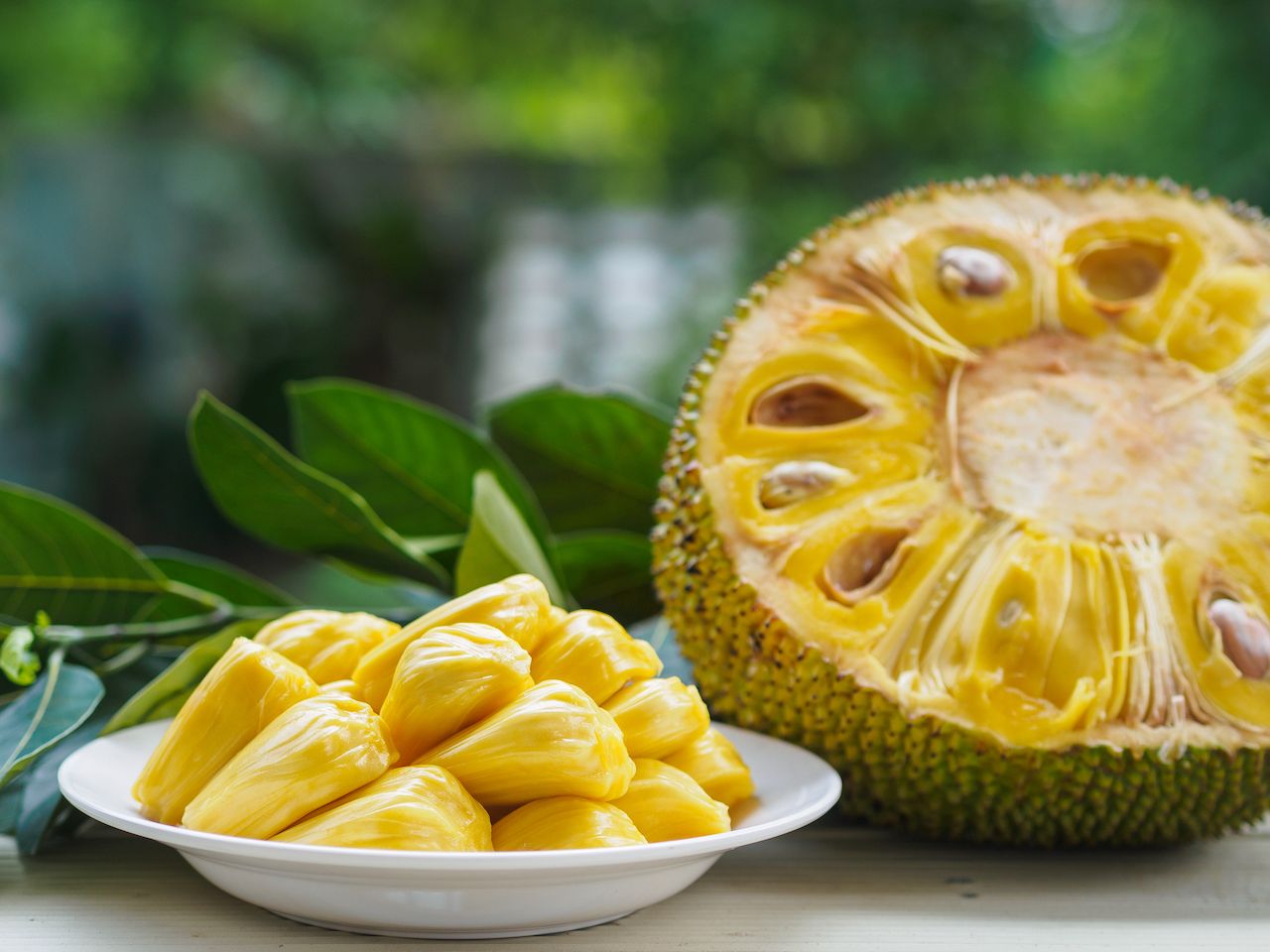 The jackfruit looks quite a lot like a durian (see #13 below), also green and spiky but not nearly as offensive in smell or taste. It’s sweet and yellow, and some cuisines use it for vegetarian curries. Jackfruits are very popular in Southeast Asia, where they can be dried into chips or eaten fresh, but in Brazil they’re left to rot on the ground. My parents lamented this when they came to visit me in Rio de Janeiro. 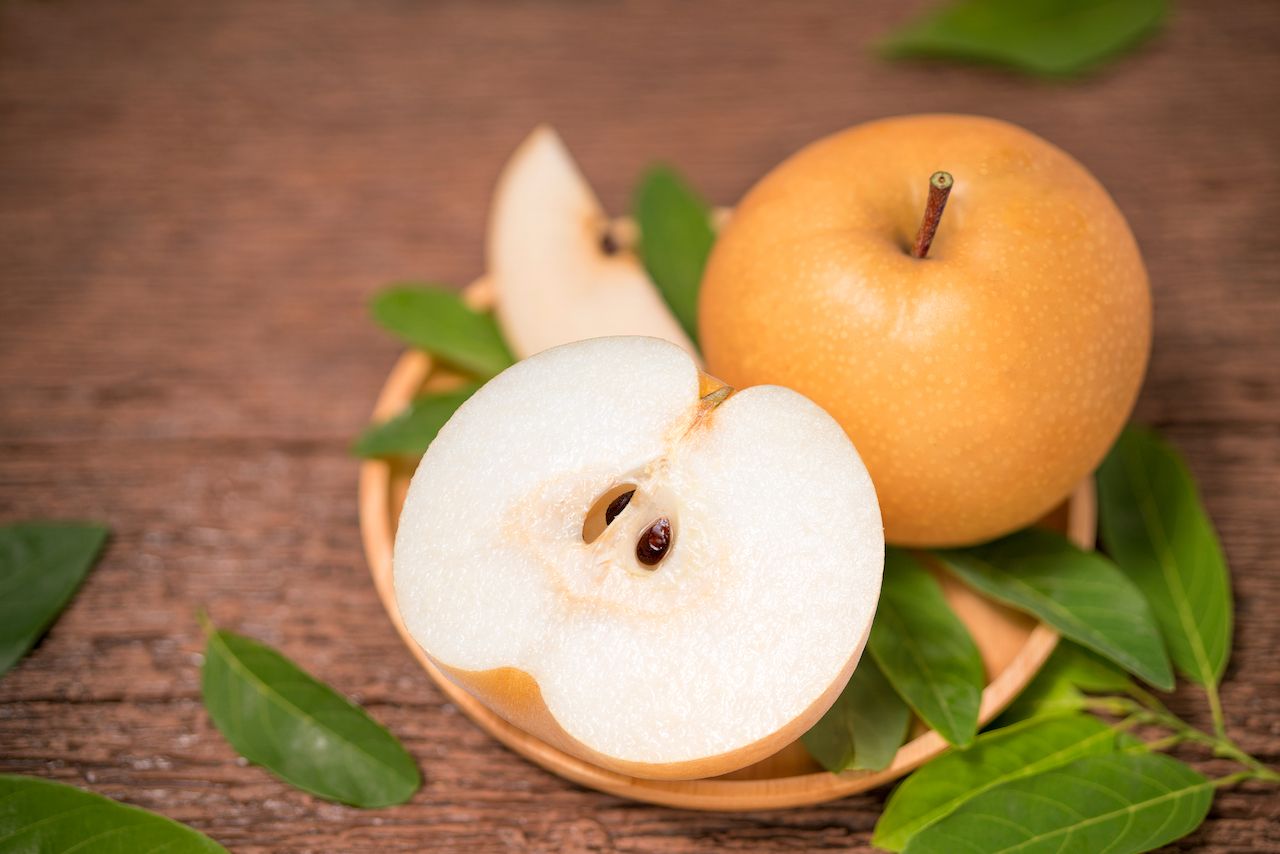 Korean pears are a big deal in Asia and are often given as gifts because they taste so good. If you ever wondered where that sweet flavor of Korean barbecue marinade comes from, it’s often Korean pear pureed into the sauce. Regular pears don’t have the sensual juiciness or the clean crunch that Korean pears do. I personally love to eat these chilled with an ice-cold bottle of San Pellegrino, pairing the biting zing of my snobby water and the sharp crispness of my snobby pear. Yum! 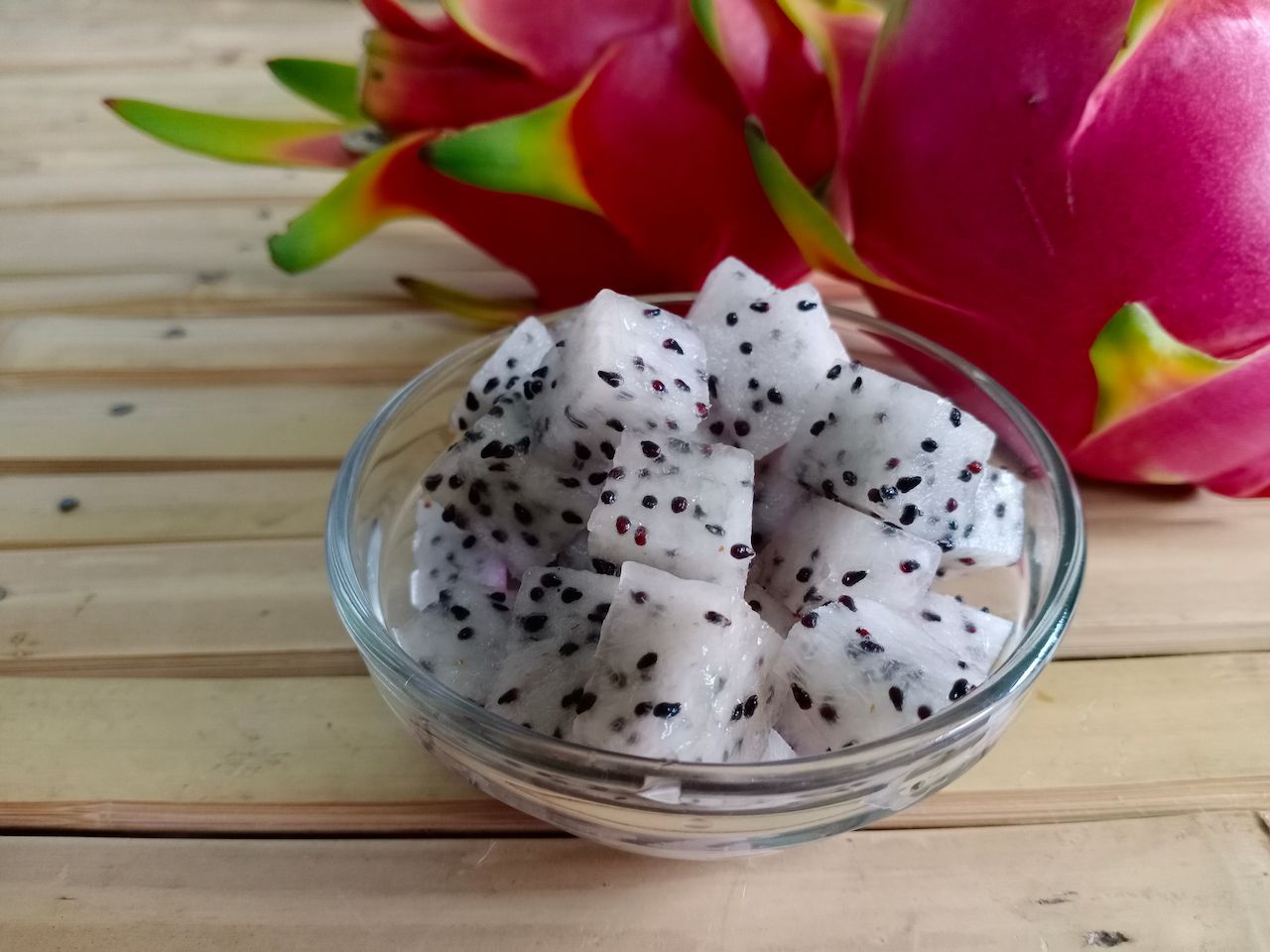 To be honest, dragon fruit isn’t that tasty. It’s got a light, crisp texture and a pleasant tinge of sweetness, but the real appeal is in how it looks. It has a dramatic, curling red skin that looks like a sci-fi plasma grenade, and the flesh is a snowy white with black seeds. Eaten cold, it’s very refreshing, but it’s more of an opportunity to show off your sophistication and refined taste in fruits on Instagram than anything else. 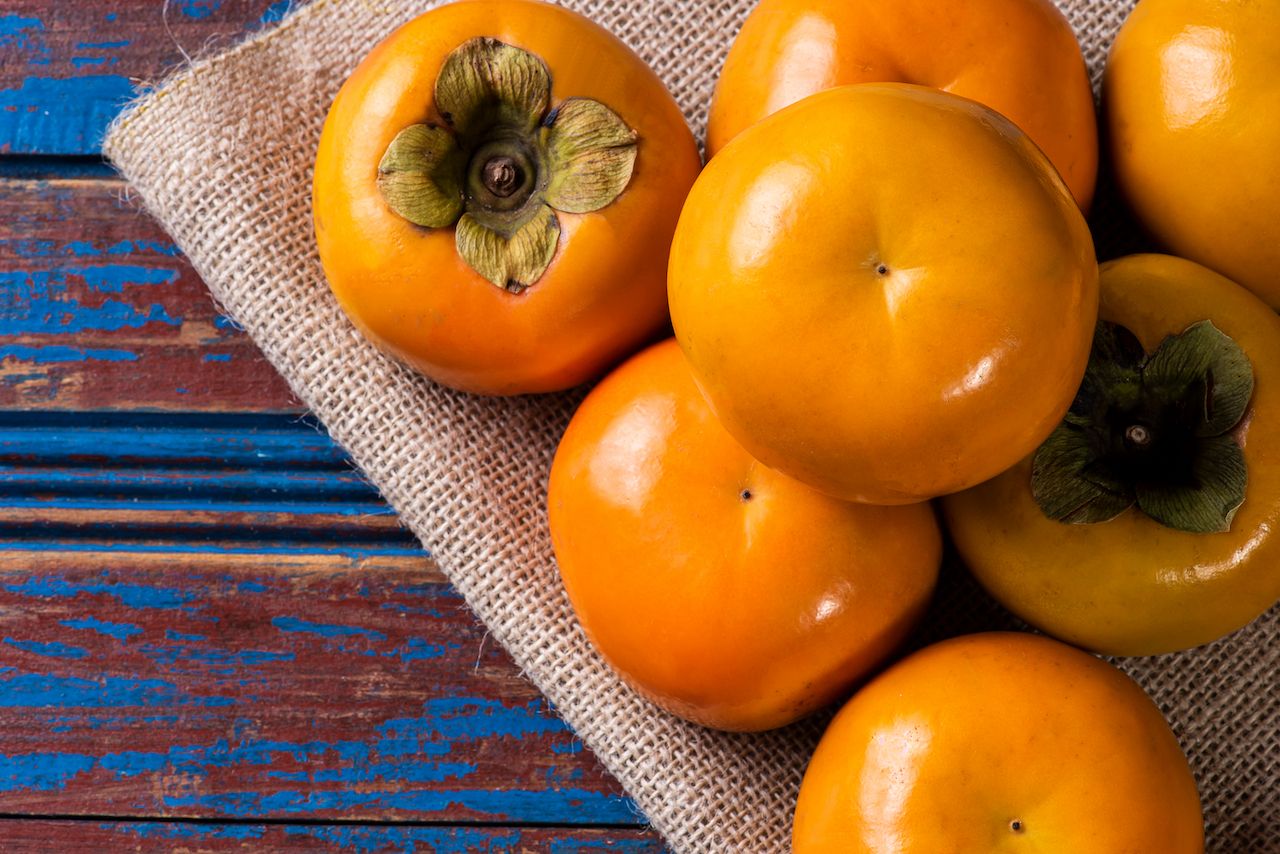 This is an odd one because they grow in the United States, but my white friends seem to have no idea these things exist. They come in two varieties: crunchy and soft. They’re both very sweet in an almost vegetal way, which sounds gross, but you’ll know what I mean when you try it. The soft ones are my favorite, because the way you eat them is to cut out the top with a sharp knife and scoop out the guts like a pudding cup. Just don’t toss them around because they will explode all over the place if they get too ripe. Word of warning: Persimmons that aren’t completely ripe have a very strong astringent flavor that sticks to your tongue. It feels like you’re swallowing a Kleenex and tastes about as good, so do take care to ensure your fruit is good and ripe. 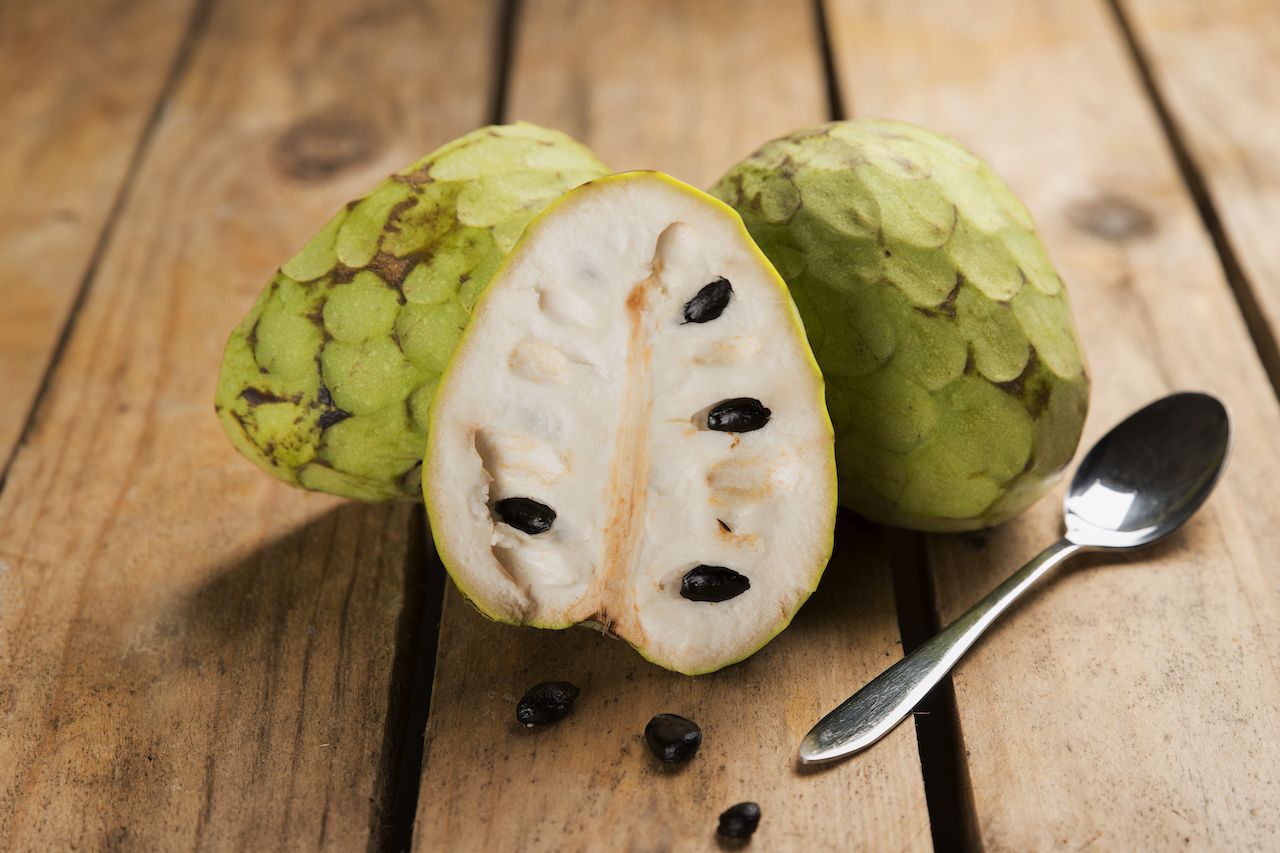 I’ve combined a few fruits because they’re similar in flavor and texture, though they’re distinct fruits. The cherimoya is called the ice-cream fruit by some because it’s got a creamy texture that you can scoop with a spoon. It’s even better when you’ve chilled it in the fridge. Cherimoya isn’t terribly sour and has a sweet, creamy flavor, and the flesh sort of looks like stracciatella gelato. It’s great to eat while zoning out watching TV and crying about an ex. Is that actually a thing or just a trope? 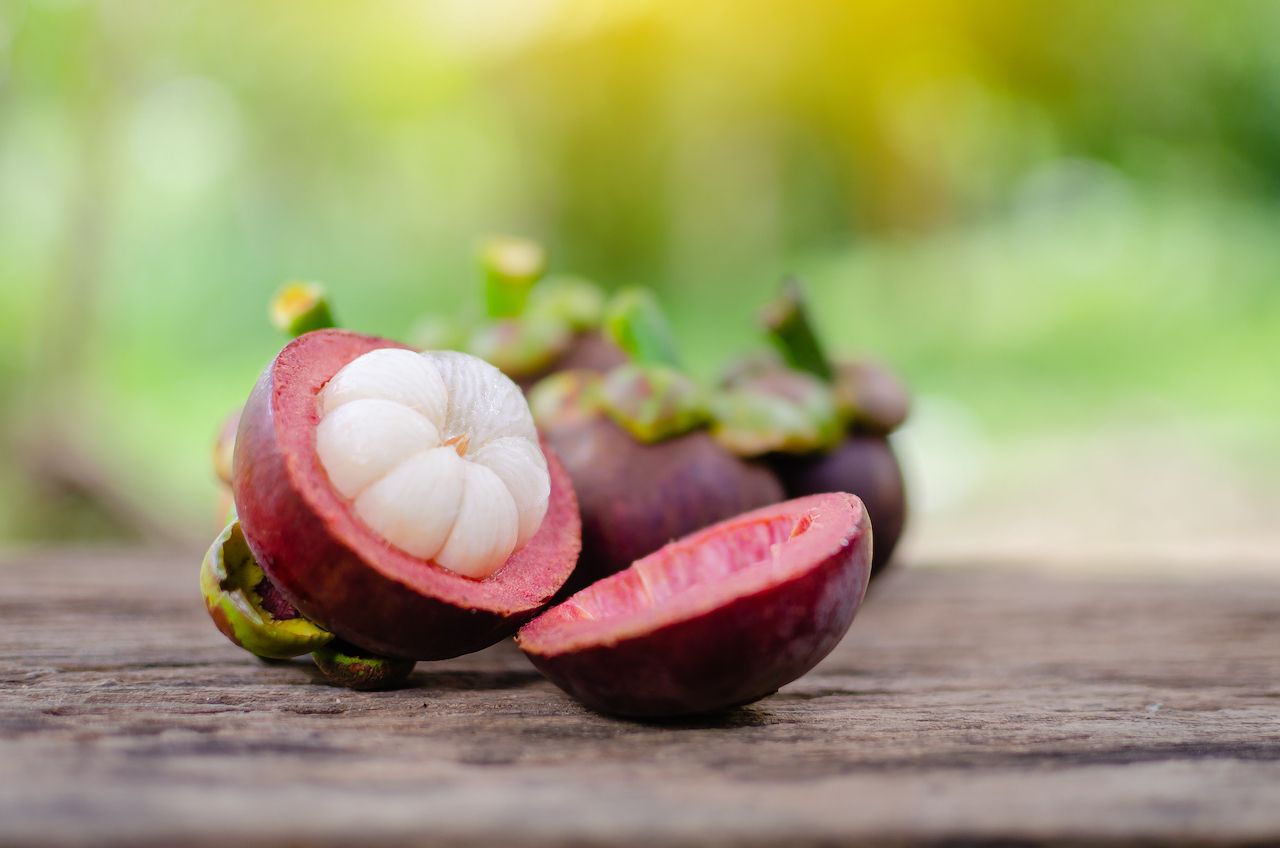 From what I hear from my New Yorker friends, mangosteen is the new cool fruit that East Coasters think they’ve discovered. They’re fairly common in Southeast Asia and, despite their name, have nothing to do with mangos. They’re little purple lumps you can crush open with the balls of your hands, revealing small seeds covered in a sweet white flesh. 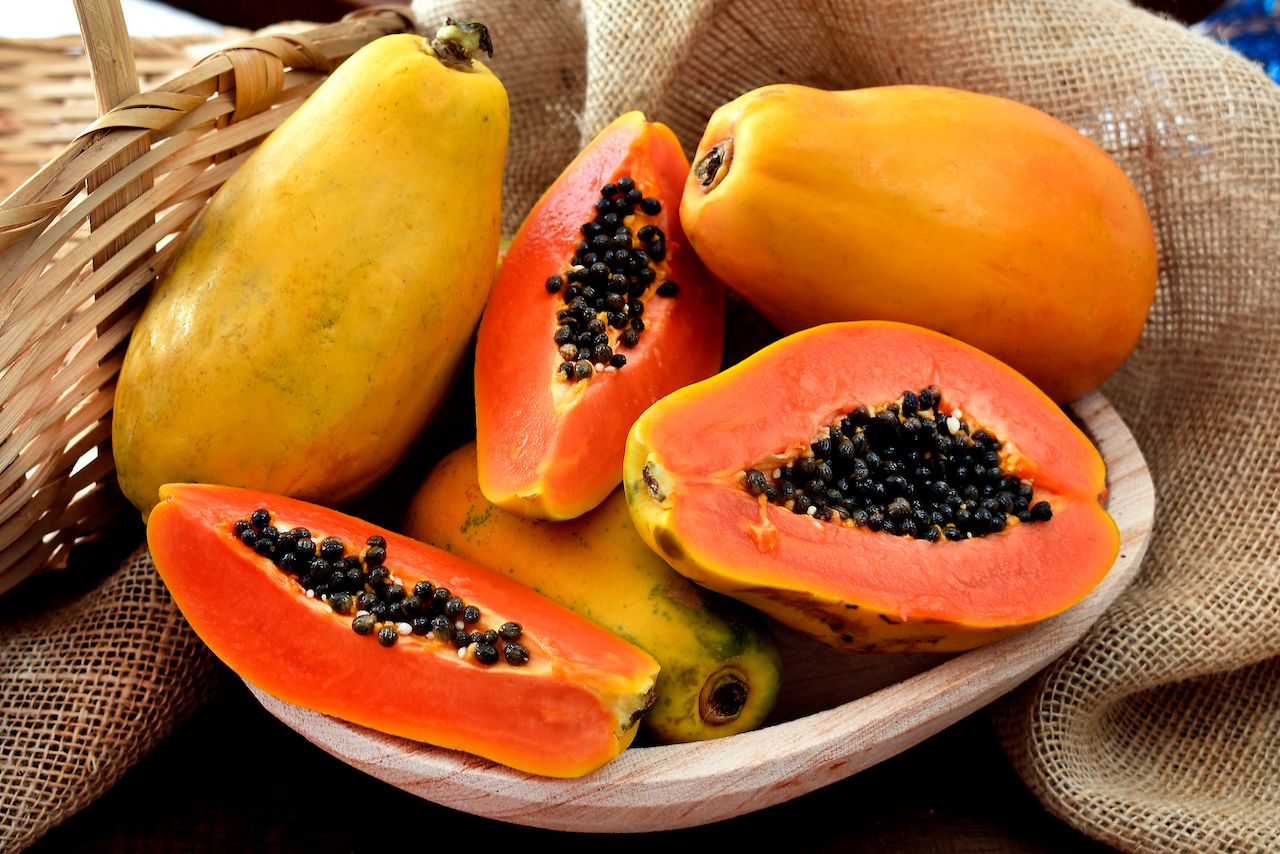 For whatever reason, papayas in North America often have this nasty, farty taste that nobody likes, so papayas often get an unfair rap as gross fruit back home. In Brazil, it’s much sweeter and not at all farty and is a common thing to eat with breakfast. In Taiwan, they’re blended with milk into creamy, ice-cold smoothies, which are perfect when you’re walking down a hot alleyway and you just need a little relief from the weather. 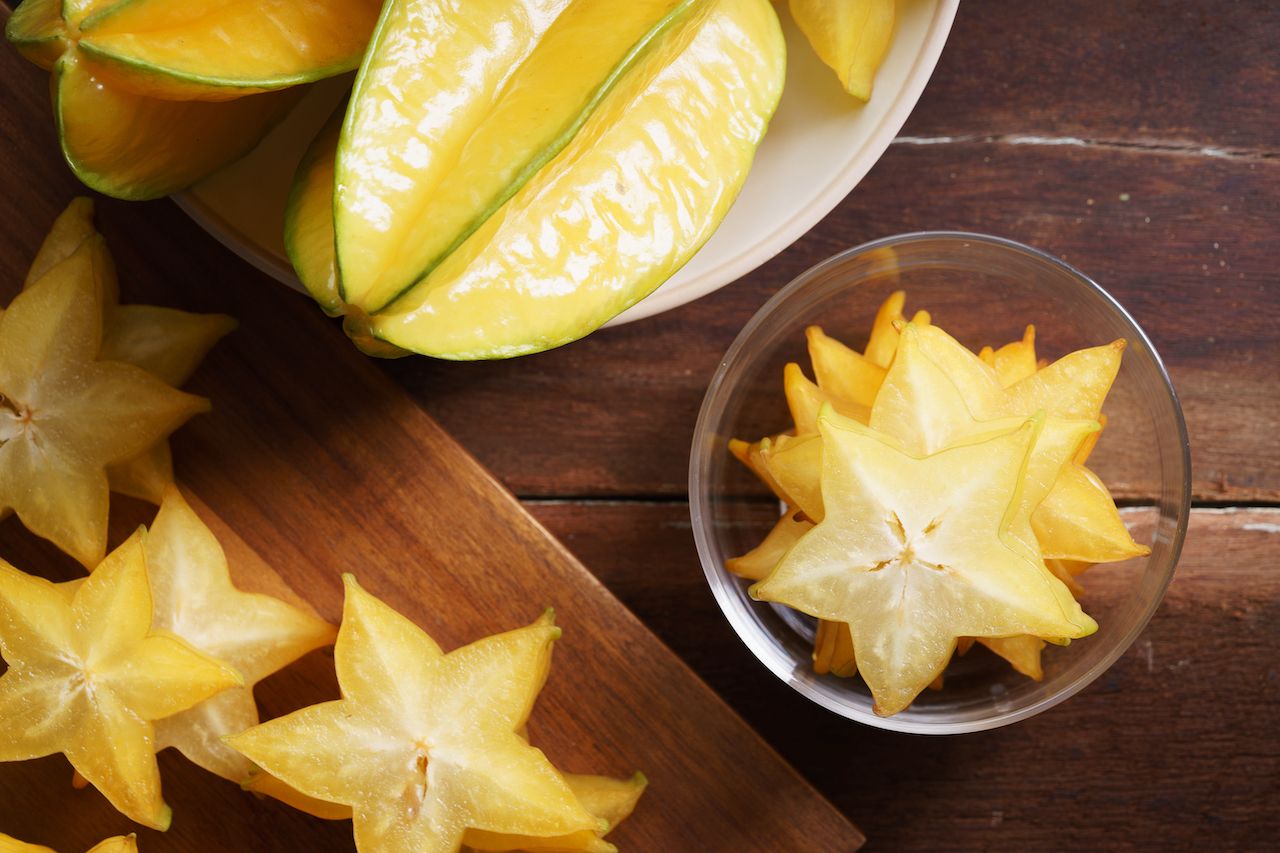 Also known as carambola in certain parts of the world, this funky fruit is a five-pointed oval-shaped thing that if cut horizontally will yield star-shaped slices. The skin is waxy, but it’s sweet and juicy on the inside and is pretty versatile for eating raw or for being made into juices and sauces. They also make really cool drink garnishes. 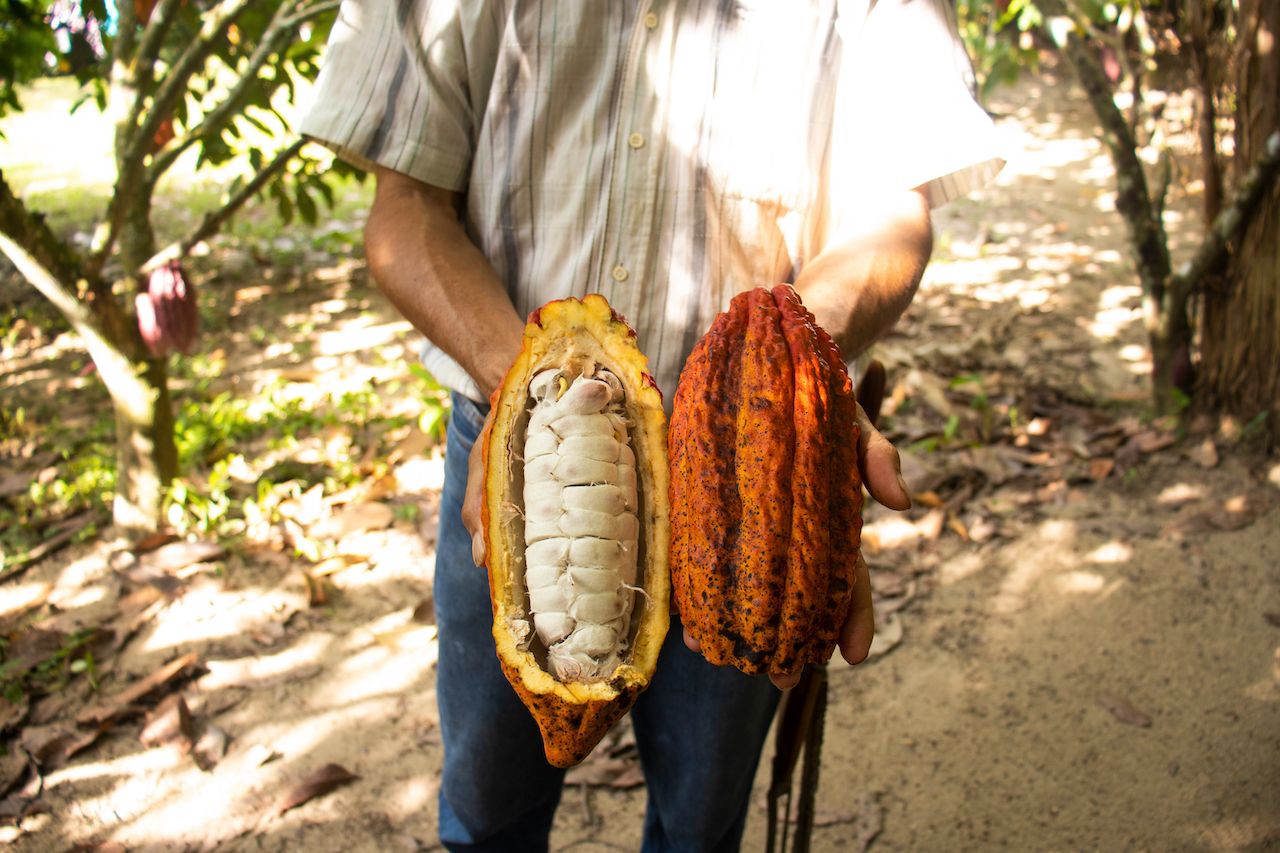 Chocolate comes from the seeds of the cacao, but many people don’t seem to know the fruit is pretty tasty itself. The big seeds are covered in a soft white flesh you can suck on as you walk around in the Amazon. It doesn’t taste at all like chocolate, though, which may come as a disappointment to some. 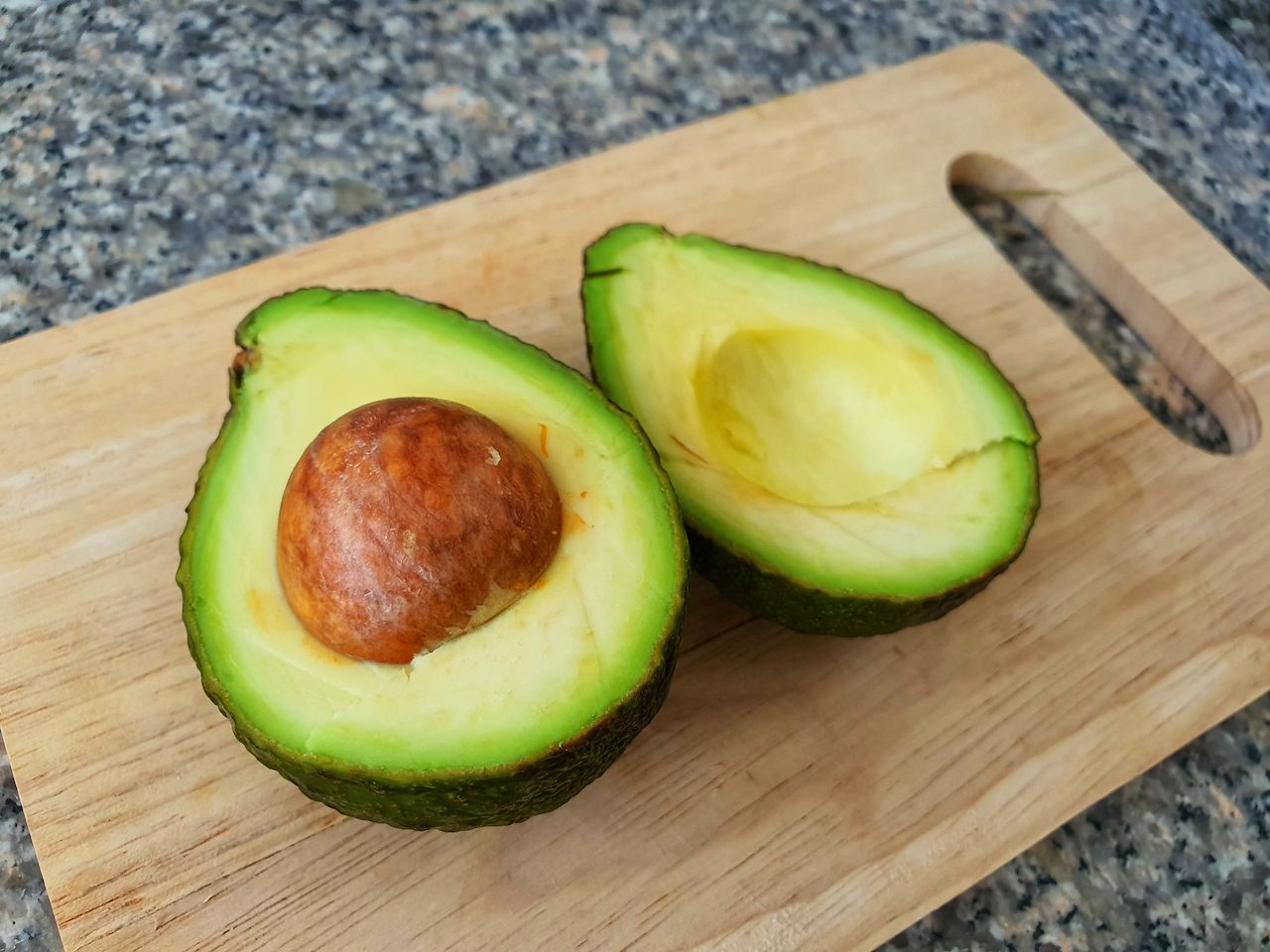 “What? I know what an avocado is, duh, Jarret,” might be what you’re thinking. Sure, you’ve had your guacamole or had it sliced on just about anything, but in Brazil and the Philippines, avocados are eaten as a sweet food instead of a savory one. Filipinos might eat it with honey or a dash of sugar. When I was getting breakfast in Brazil, my host mother gave me this sludgy light-green drink. I sipped it and relished its creamy texture and hint of sweetness. It seemed kind of familiar. “It’s avocado!” she said when I couldn’t figure it out. Mind blown like that guy whose head explodes in Scanners. Avocado can be eaten sweet! Best thing I learned in Brazil. 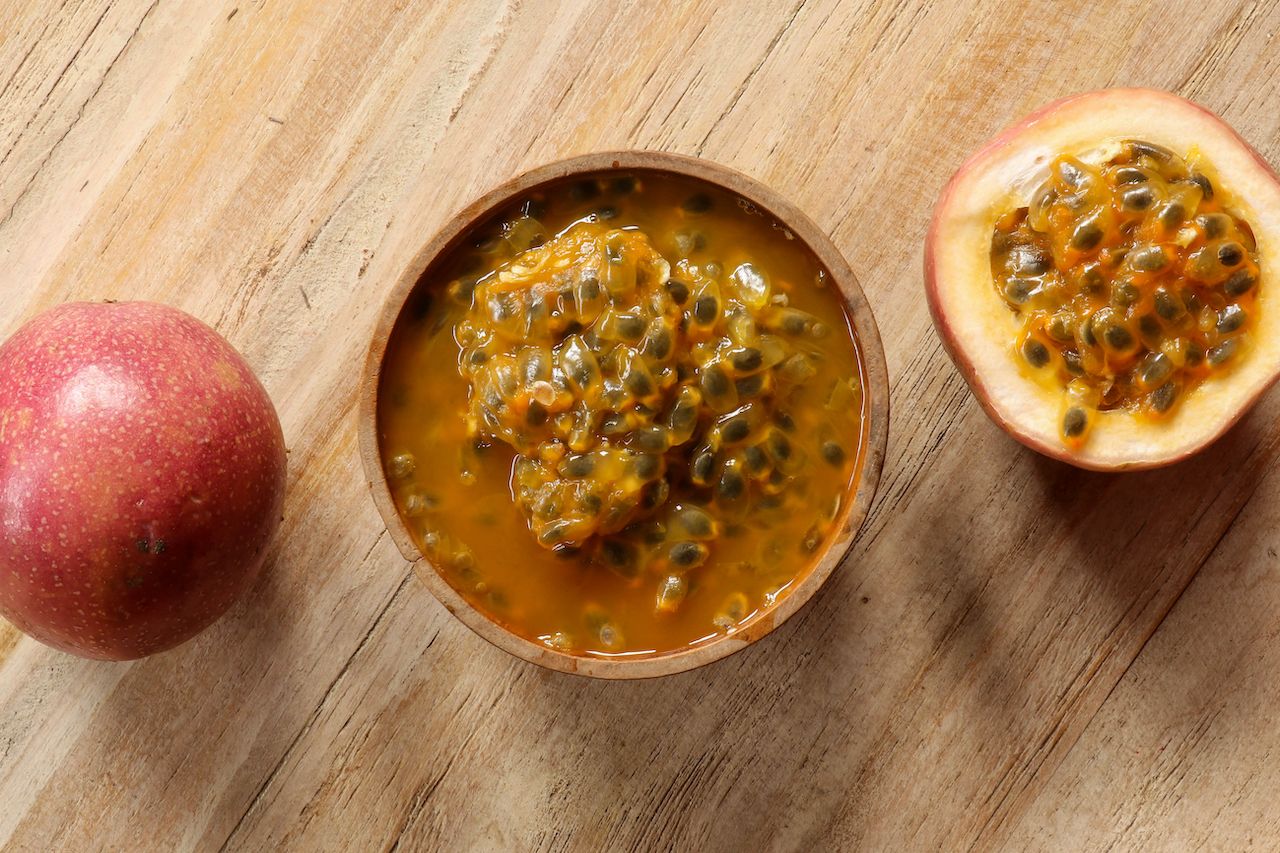 The maracujá is dangerous territory in Brazil. It’s brilliantly tart, and Brazilians make it into a delicious custard called pudim de maracujá, and in fancier joints you can even find it in caipirinha-style cocktails. The reason this is dangerous is because maracujá has a reputation as a sedative, so drinking a maracujá caipirinha is considered a good way to knock yourself out early on in the night. In a country where a night out isn’t complete without a morning dip in the ocean, this is a total no-no. I knew a gringo who would just crack open maracujás and suck down the juice, but I’ve never seen a Brazilian do that, so I don’t recommend it. Stick to the pudim. Fun fact: I’m pretty sure the fruit that Rafiki busts open and smears onto Simba is a maracujá. 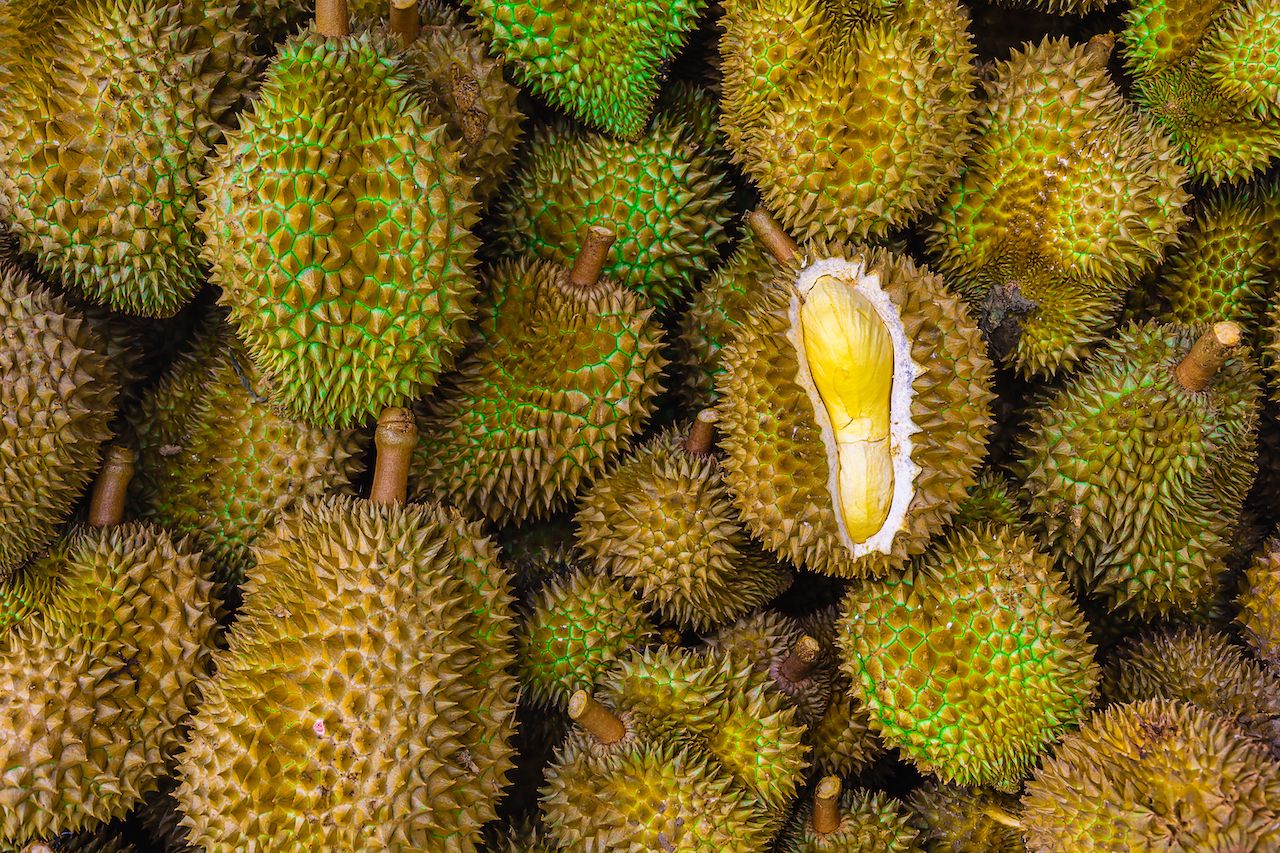 Durian is the king of fruits and probably the only one with a legitimate body count. No joke, this heavyweight motherfucker is a spiky cannonball that grows on trees, meaning people who walk under them at the wrong time might get fatally beaned in the head. The durian lives in infamy for its powerful odor and its unusual taste. I grew up around durians, so I don’t find their smell particularly offensive, but others describe it as a combination of rotting food and body odor. What’s more, the scent sticks to your hands, so you’ll smell it on your fingers days after you ate the damn thing. It’s banned from public transportation in some countries because you can literally follow a durian’s path with your nose.

The flavor is kind of a nutty custard that can be on the bitter or sweet end of things, depending on the place of origin. Durian aficionados prefer bitter fruits, of course, so the more adventurous are advised to pick these. The process of selecting a proper durian, at least in countries like Singapore, is an art like fortune telling. Those who’re good at selecting a tasty durian are well loved by their families.

Chinese superstition pro-tip: Durian is considered to be a “heaty” food, which means if you eat too much your body will be overheated, resulting in canker sores and other nasty ailments. The counterweight to durian’s heatiness is to drink cool water out of the shell after consuming durian. I’m not saying this is supported by hard science, per se, but I will say I’ve gotten sick after binging on durian, and since I started doing this, it’s been smooth durian sailing.