Iconic limestone stack formations, the “12 Apostles,” of Australia’s Great Ocean Road, which has made several of our most inspiring road roundups. 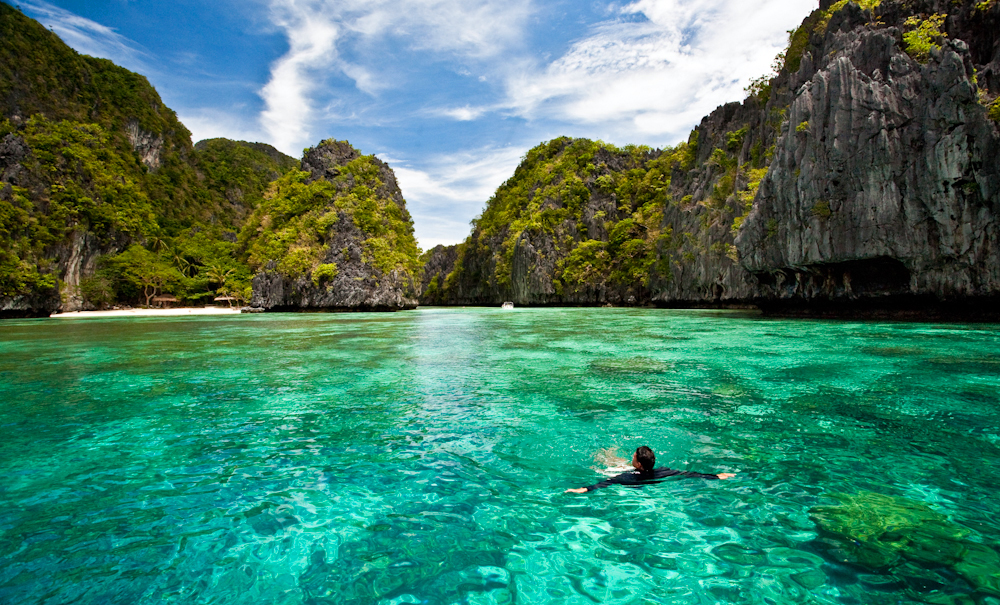 MatadorU faculty member Scott Sporleder’s note: “to reach the entrance to this little lagoon on Miniloc Island you travel through the break in the cliff, making your way past reefs and dreamlike water.”

The Napali coast photographed from the Kalalu Trail.

Pinamar gets blown out in summer with vacationers from Buenos Aires. Here it is in winter, with a whole different onda. 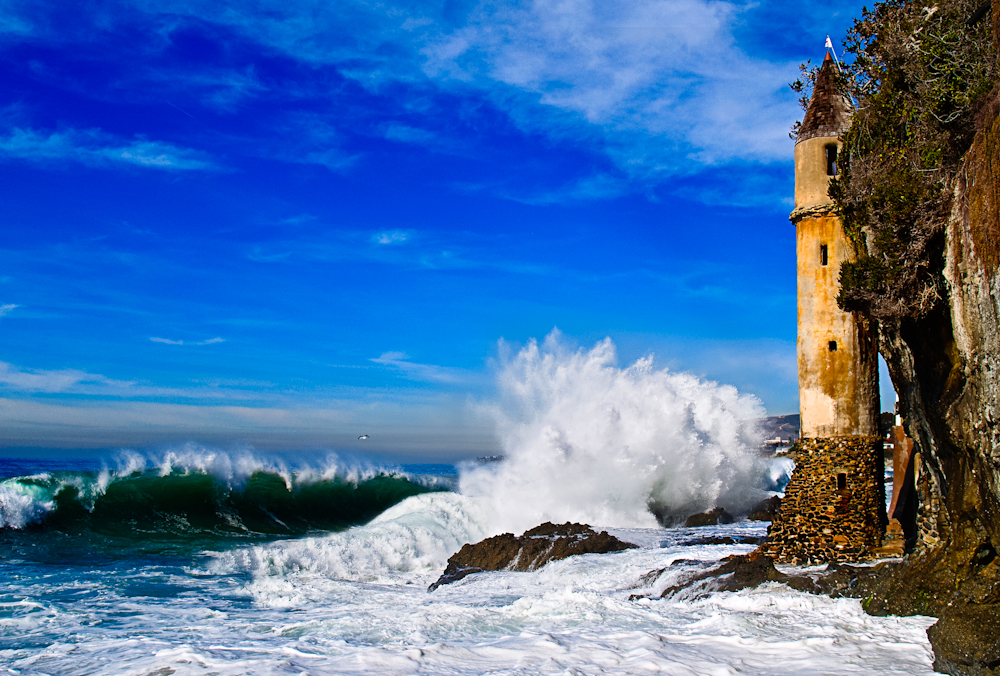 Scott Sporleder got pinned against the rocks by heavy winter and rising tides while taking this shot.

Seattle skyline taken from Alki Beach across the Puget Sound early in the morning.

This aerial shot was taken over the Nā Pali Coast State Park, an area accessible only by foot or boat.

The Oregon coast is home to massive headlands, dunes, and monstrous surf including the largest waves ever surfed in a kayak.

The photographer took this fisheye shot alone on a beach in Akashi, a city in the Hyogo Prefecture of Japan. 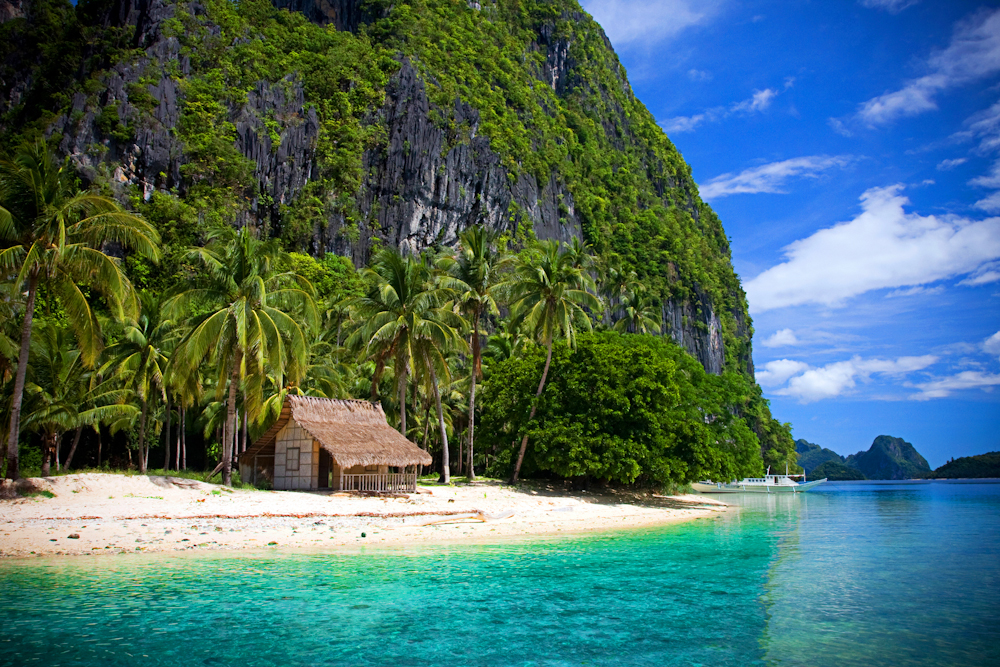 Seal Rocks on the north end of Ocean Beach.

Photographer Hamed Saber snapped this shot of Khezr Beach on Hormoz Island (Persian Gulf), a beach named for a prophet in the Quran. According to Saber, “local people say that this beach is named Khezr beach, because someday he walked in this beach. There is a small shrine with a green dome over it named “Khezr Footprint.” 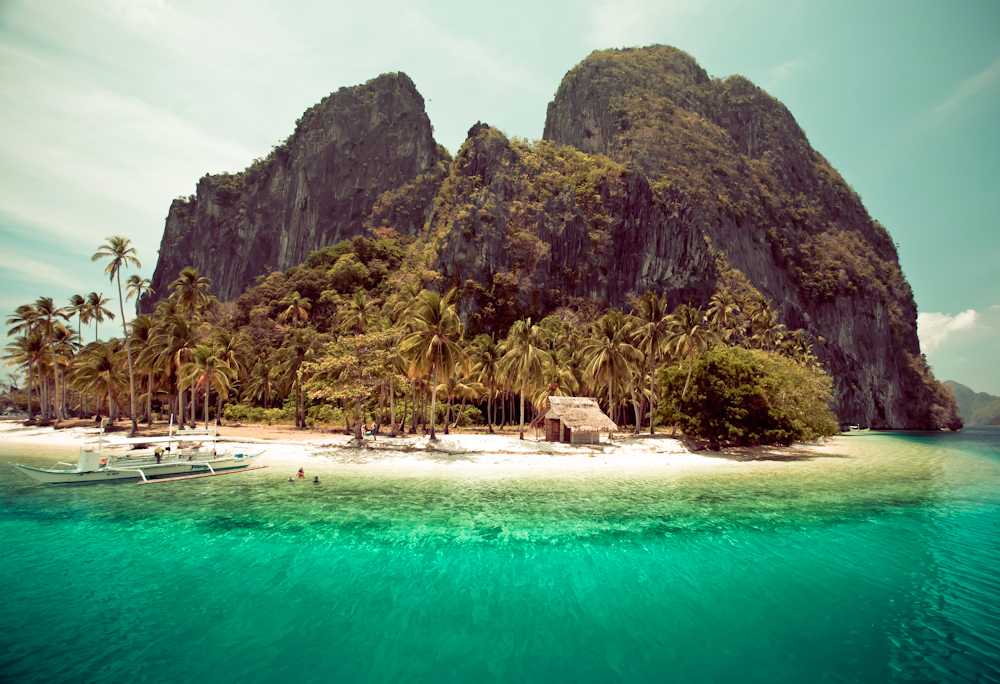 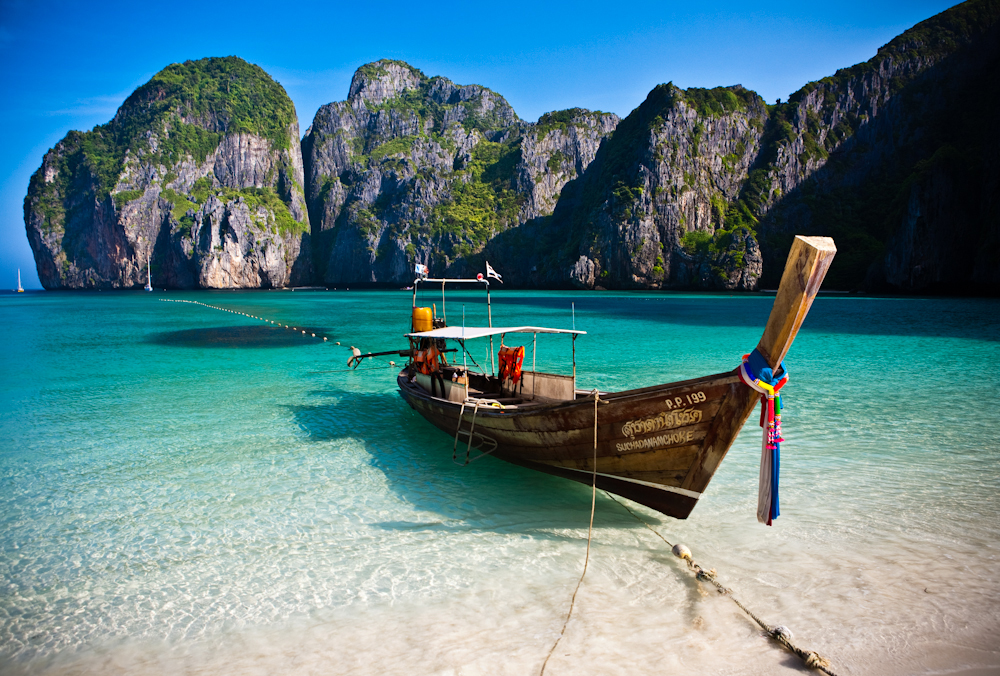 Maya Bay can get a bit crowded these days with tourist boats whipping down from Phuket, but if you get there early in the morning or stay long enough to let the boats leave, chances are you will have the place to yourself.

Near The Blue Mountains in Grey County.

Although it’s not likely he was ever in the area, this small fishing village on the coast of North Yorkshire is named after the legendary thief. As the story goes, Robin Hood took on a band of French pirates in this spot and returned their loot to the villagers. 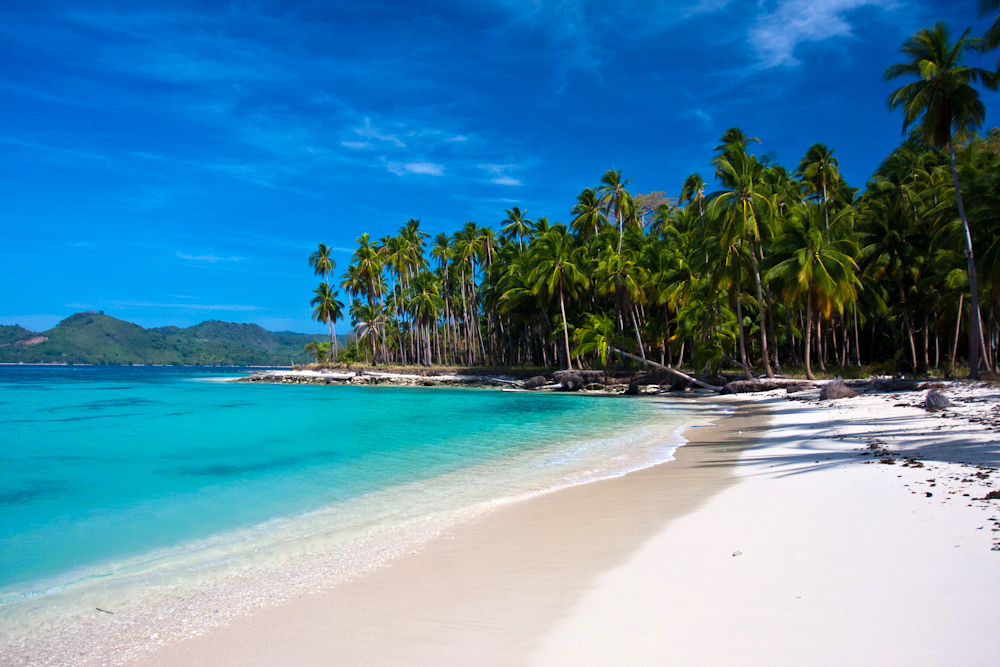 This volcano-like sandcastle was built on Morro Strand State Beach. Photographer Mike Baird captured this shot with Morro Rock in the background a few minutes after sunset. 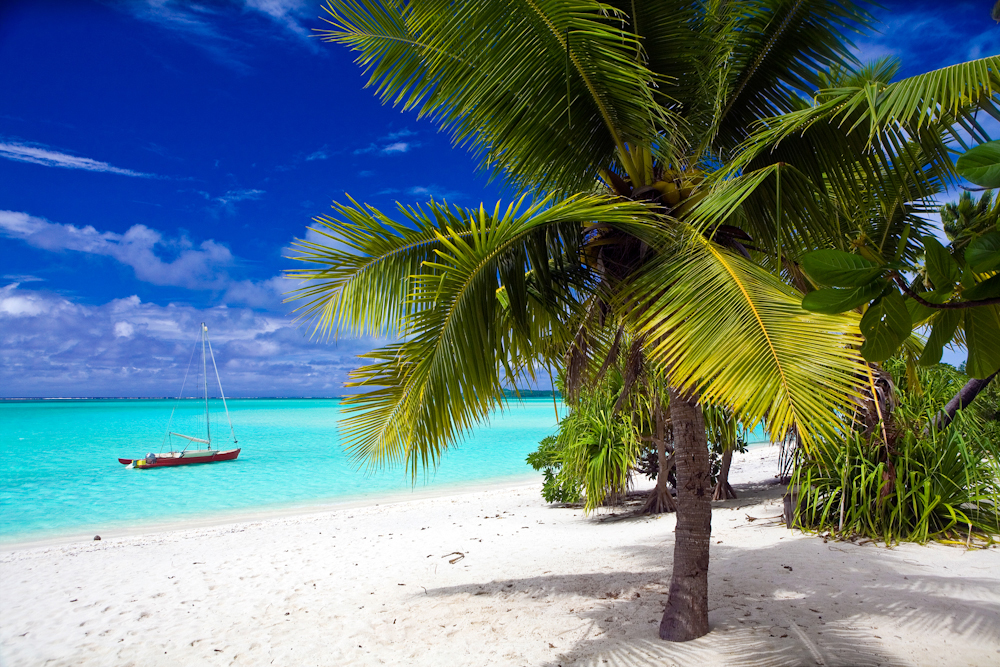 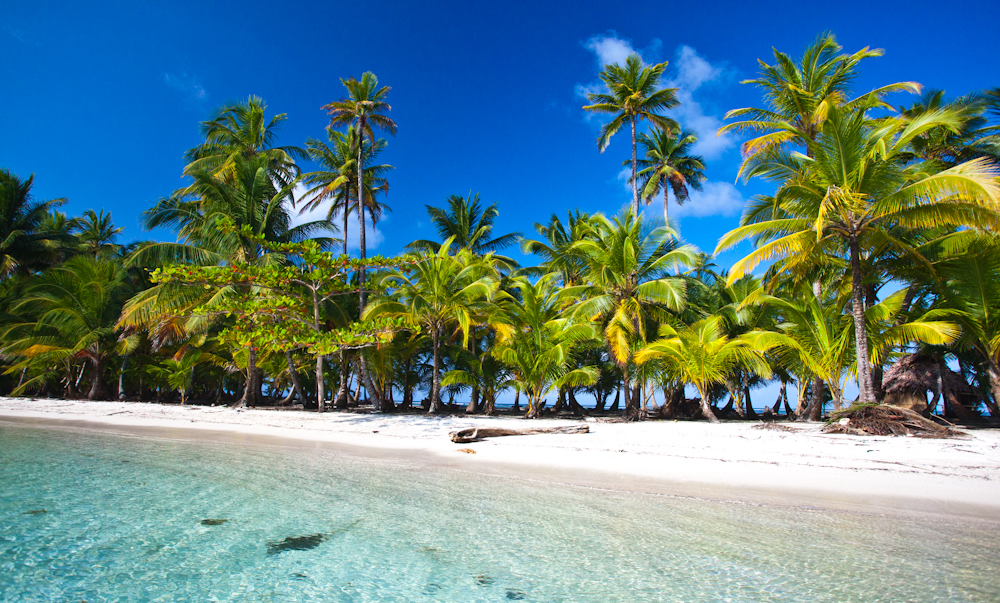 Home to the Kuna Indians, these small islands (some of them only large enough for a single palm tree) are located on the Caribbean side of Panama.

The photographer warns that in these croc-infested Queensland waters, “danger prowls as floating logs.”

Paul Bica took this shot at the end of Kalalau trail. “I only hiked Kalalau trail to Hanakapi‘ai falls,” he says, “the portion that doesn’t require a permit.” 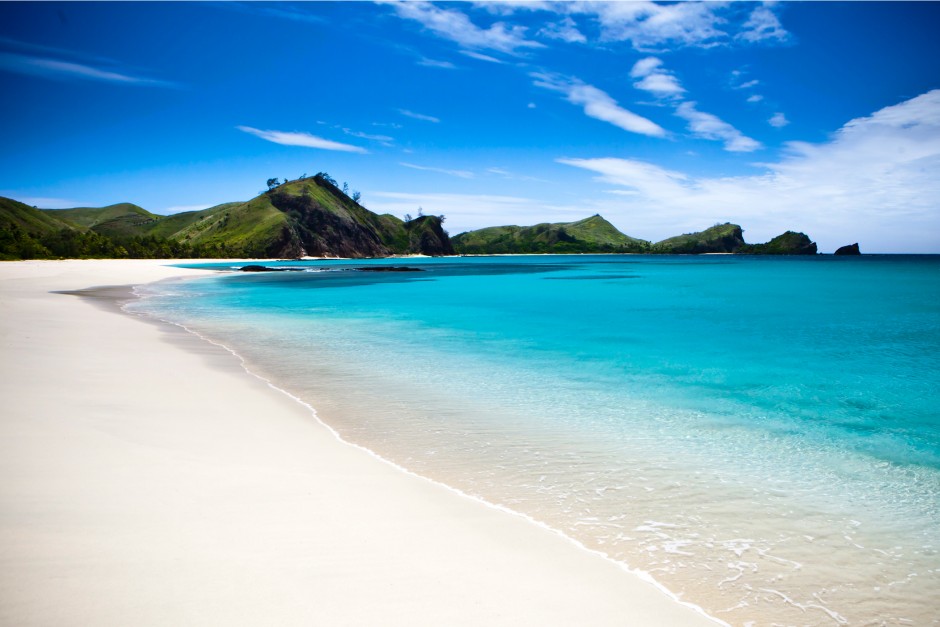 “Walking along Champagne Bay was surreal. The sand was so white it nearly hurt my eyes and to top it all off, there was not a single foot print to be found.” (Photographer Scott Sporleder)

I set the camera on the tripod, manually focused the area to include the shadow cast from the groin at the center of the picture. I experimented with a few different aperture values and eventually settled on f22, although I preferred f16 initially. I then worked through various different exposure times and found a nice balance at 30 seconds.”

The photo, which the photographer calls “War,” was taken on Logas Beach, Corfu Island (the second-largest of the Ionian Islands). 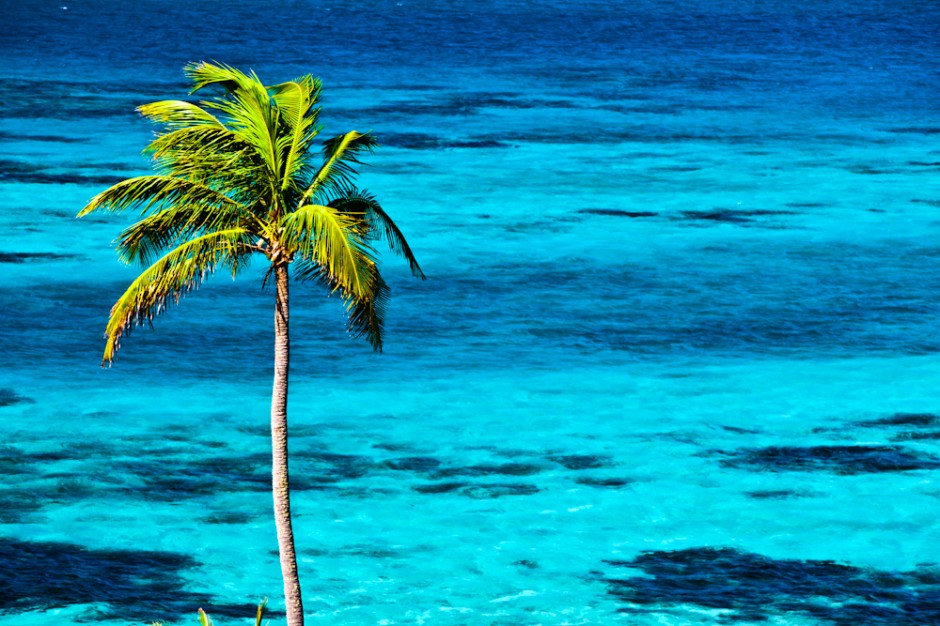 This photo was taken on Irvine Beach, near the town of Irvine in North Ayrshire (the site of the country’s military capital in the 12th century).

According to the photographer, “Punggol Beach used to be one of the Japanese killing fields during the Second World War. On Feb 28, 1942, about 1,000 Chinese from the area around Upper Serangoon Road were rounded up by the Japanese as part of the Sook Ching or mopping-up operation. All were executed at this beach as punishment for their resistance activities.”

Tagged
Galleries Surfing
What did you think of this story?
Meh
Good
Awesome
✖
travelstoke
Download the mobile app
stoked by