IN MY TRAVELS, I’ve come across dozens of people from all corners of the earth and walks of life who left home, never looked back, and now couldn’t imagine their lives any other way. Some had advanced degrees and six-figure salaries, others meant to backpack for a few months and simply never stopped. What they all have in common is a shared belief in the power of travel, similar experiences of the doubt faced at first, and an unequivocal faith in the story they’ve since begun to live out. 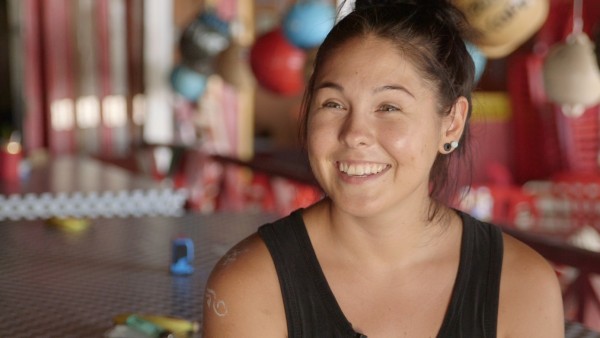 I’d been traveling for four months before coming to the Perhentians. Originally, I was only supposed to spend one month in Thailand and then head over to Australia to get my one-year working holiday visa, but I fell in love with Southeast Asia. So I was on a boat tour up in Koh Phi Phi and one of the tour guides there actually said he owns a bar in the Perhentians in Malaysia. We got to talking and he asked what I was doing. I told him I was a cocktail bartender back at home…I went to school studying wine and spirits and making cocktails, and he just says, “Well, do you want a job?” So I said, “Okay!”

Traveling is the most unpredictable thing I’ve ever done. Every time I tried to make a plan, something else happened, and it has almost always ended up working for the better. Sure, some days are for the worse. I mean I’ve had stuff stolen, gotten sick — this stuff happens. But then you meet the most amazing, amazing people and live out these experiences that are beyond compare. So many people say they can’t afford to travel, but honestly I’m living happily here with probably about 10-20 ringgit a day in my pocket (around 3-7 USD). And especially if you work somewhere, you start to know the locals, become part of the community, and you save even more money not paying the “tourist” prices.

If money is your biggest worry, once you have your plane ticket you’re set. You can easily survive on a very, very low income. Even if you read the Lonely Planet books, they’ll give you tips for how to live on 1500B a day in Thailand (45 USD) — everyone I was traveling with was easily having a great time on half of that or less. 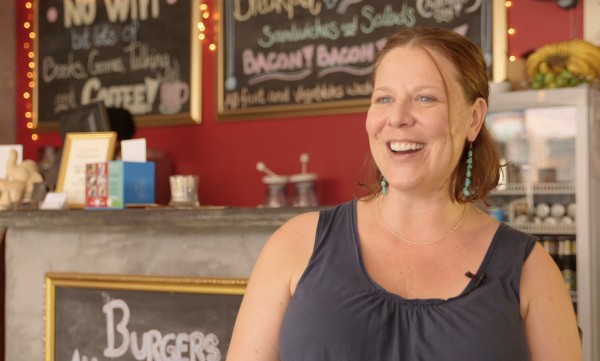 I’ve been on Koh Lipe for about three years. I came on vacation with my friend and, well, never left. People think I’m completely nuts. Some people understand but…like my parents are still just like, “Oh honey, when are you going to get tired of this and come home?”

I got to this point where I basically had my dream job and I was in my favorite city in the whole world doing what I thought I wanted to do at my dream ad agency, and it was just not making me happy, which was a tough realization because I thought I wasn’t that qualified to do anything else. It was just something I was going with and going to work every day and trying to just do it and be responsible and do what you’re supposed to do in America.

Then my friend and I went to Isla Mujeres in Mexico for Christmas. I was flying back around New Year’s Eve — it was turning 2010 — and there was this really, really drunk guy behind me and he just kept slurring, “A decade, a decade, the millennium, a decade,” like on and on about how it’s been 10 years since the millennium. Listening to him, I almost had a panic attack on the plane, I totally freaked out. He was right — how did that happen? The time was just going by so quickly. I was 37 at the time and just realized I was so not satisfied with my life, doing what I was doing. So I decided then and there I was just going to quit my job and travel for a year. If I’m honest, it actually took like eight months to talk myself into it…I kept thinking “No, no, no you’re not that crazy.” I kept having to work up the courage to go quit my job. Then I did.

My best advice is for anyone feeling like that, just don’t talk yourself out of it. What would you be doing otherwise? And it doesn’t have to be this ‘gap year’ for 20-somethings who want to travel the world before they settle down. I’ve met so many people who are around my age who have done the same thing, or are traveling with their families, people who just wanted to see something new.

Dan and Mark (Australia): Dive instructors in France and Greece 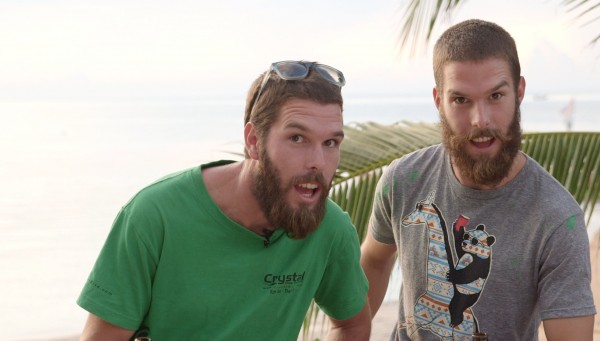 We were working in Australia on small yachts, taking backpackers around the Whitsundays. We always wanted to do our dive instructor course but couldn’t afford it, so we headed to France to work on superyachts. A few years later we had the money, so we quit our jobs and headed to Thailand to complete our dive courses (and have a lengthy holiday flashpacking around Thailand).

The Dive Master in Koh Tao is heaps of fun. You sort of structure your course the way you want it and for the instructor certification, it was a bit more intense but we got through it and of course there is a big party afterward. Koh Tao is the biggest diving island in the world: It chews out more dive professionals than anywhere else in the world, and that way, if you want to become a dive professional you’re working with hundreds of people getting qualified every day. And we did our freediving courses in Indonesia before even coming to Koh Tao — which means just fins, a mask, and one breath.

Honestly, you just have to be flexible. If you can’t afford to travel or do what you want to do, change something so that you’ll be able to. And be open to opportunities, you really never know who you’ll meet or what might happen. The people we’ve met in Thailand, they’re just incredible. Everyone’s incredible. And it’s been an epic time. 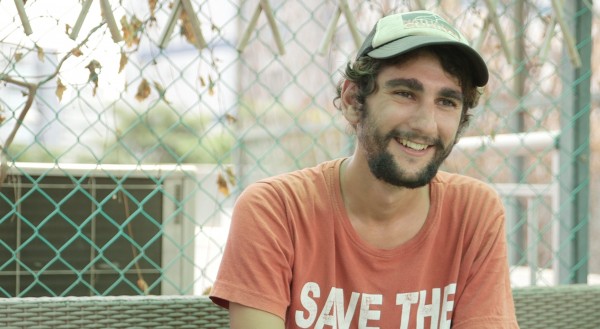 Unfortunately, I graduated during the recession. I studied physical geography and, well, most of the geography jobs are public funded by the government and they cut those straight away. So I got a desk job with a bank, did that for a year and a half, hated it…I’m very interested in the environment, nature — the hills, caves, the paddy fields, the climate — and so I wanted to go see it. All of it. So I quit my job, booked a flight to Las Vegas, and I’ve just been traveling since.

What motivates me to keep going is a combination of the people you meet and the stuff you’re just never going to see at home — the world’s biggest caves, standing on the edge of an active volcano as it’s billowing out smoke, seeing these guys in Indonesia who carry 80kg of sulfur 5km up from this great sulfur lake — I can’t even pick up 80kg — and they’re carrying it on their backs with just a bit of cloth over their face to protect themselves — things like that.

Traveling lifestyle is just about embracing it. You can’t make excuses, you just have to go do it. 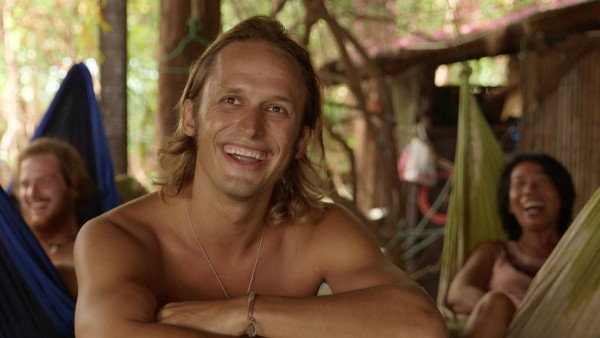 I used to work in IT security and now I organize a project to collect garbage and to educate kids about the environment. I’m also a dive instructor and play music — I travel with a full-sized keyboard.

After working for about five years in a company in data security — protecting Swiss private banks and big companies — it just got boring, old…I knew inside I needed to try something new. So I quit that job with no plan other than “let’s go travel for a year.” I bought a one-way ticket to Bangkok without looking at any maps, reading any guidebooks, making any arrangements. In fact, it turned out I showed up directly in the middle of monsoon season. Everyone was like, “What are you doing?” So I went south to an island to do some diving courses and then the next stop was Koh Lipe and I got stuck here. My whole journey ended after two islands.

This year was my second season back on Koh Lipe, and the first day I came back we all went to a small beach and everybody started taking pictures and I walked a bit down the beach and it was just covered in trash. The image stuck with me. So a few days later I started talking around, meeting some local people, and tried to figure out how we could help do something without getting too involved in local politics…and then we just started this program. Now we run a weekly cleanup project that attracts dozens of volunteers and we provide ongoing education to local children about the environment and pollution — information they otherwise wouldn’t really get.

I think that if travel is something you even think you want to do, you can’t just play it over and over in your head. You can’t tell yourself “in a few months” or “next year.” You should quit your job and go. You’re going to find out it’s the best thing you’ve ever done. 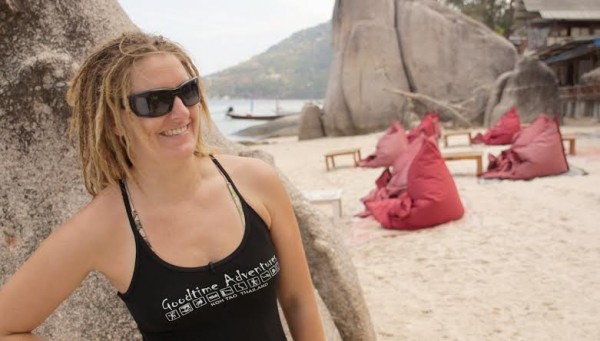 I had just finished uni, worked for a year in an office and God, I absolutely hated it. I knew I wanted to travel some more and that was that. So I booked a round-the-world ticket and about halfway through it I got to Koh Tao and I’d done quite a bit of diving before and I wanted to do my dive master course, which is awesome here. So I thought, I’ll stay three weeks, do my divemaster…and it kind of went from there. I got a job, met people, met my now husband, and then we started our own business here about six years ago.

The best advice I can give people is to travel. Just do it. You don’t have to come here…go everywhere. The world’s huge and it’s so easy to see nowadays. It’s easy to travel and it’s safe. There’s no need to be afraid, you’ll meet so many like-minded people, and you’ll learn so much more traveling. I loved uni, but I must say I learned a hell of a lot more exploring the world and doing things that scare me a little bit — feeling alive. 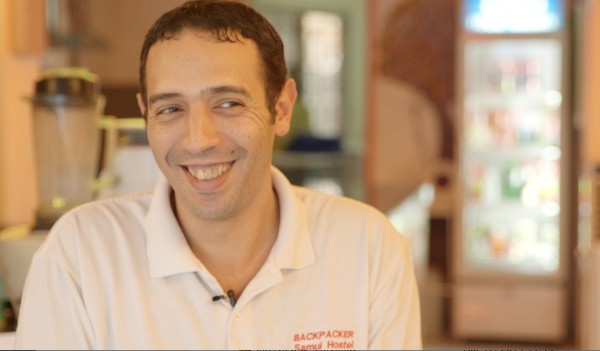 I’m a chemical engineer by trade, I got my degrees in France. When I finished school I worked one year for Clarins and then went to work for L’Oreal in the States where I had the opportunity to get my MBA as well. After almost 13 years in the States I quit my job and came to Thailand in 2009.

I wanted to be my own boss. Especially when you work for a corporation of over 10,000 employees, there was this point where I just felt like a number, even though I know I contributed to some big projects that were worth millions and millions, overall, I just wanted to depend on myself.

Now I’m living anybody’s dream, I mean I’m in paradise! But seriously, I’m an extroverted person and I’ve always wanted more from life than what I was doing. Especially in the States, not many of my coworkers or even my friends had the chance to travel. You have to get out, get off your couch…you have to experience the world.

All images by author

Tagged
Expat Life Interviews Travel Jobs
What did you think of this story?
Meh
Good
Awesome
✖
travelstoke
Download the mobile app
stoked by