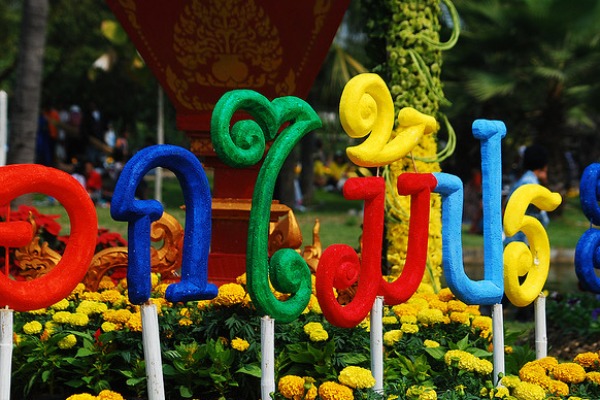 Since I arrived in Bangkok in 2009, I’ve noticed an interesting phenomenon among most expats in Thailand. After looking at the runic characters and hearing the five tones, they jump to the conclusion: “This language is inscrutable! Impossible! I’ll never learn it!” But in the words of Yoda admonishing Luke in The Empire Strikes Back, “That is why [they] fail.”

Here is my advice for those who also want to learn this fascinating language.

1. Invest in a beginning language course with a native speaker and learn the basics well.

Thai is so phonologically different from English that you may quickly hit a wall with how much you can “absorb.” I’ve found it’s worth spending quality time with a native speaker who can teach you the individual phonemes, the phonetic building blocks of the language.

Learning the Thai phonemes will involve moving your mouth and tongue in ways they probably never have before and developing different muscles. Many learners feel they can’t be bothered with such basics, but what ends up happening is that they forever speak with a poor accent, always pronouncing Thai words with English phonemes, which can impede communication.

Learning to speak the phonemes also correctly develops your “listening vocabulary.” When you know how the sound is supposed to sound, you will be that much better at hearing it when native speakers are talking to you. Taking the time to get the phonemic basics may sound tedious, but it will pay dividends later .

The American University Alumni Association (AUA Thailand) has a long-standing reputation for excellence in Thai language instruction, offering courses for both beginners and more advanced students. AUA offers flexible course scheduling at its twenty-three branches throughout Thailand, including five in Bangkok. 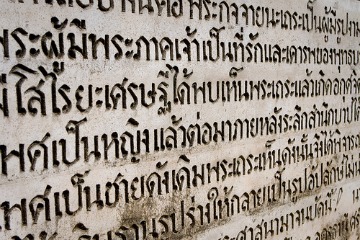 Learning to read Thai involves learning the forty-four consonants, twenty-eight vowel forms, and four tone markers of the script. The majority of expats, I find, have no interest in this, but the initial grunt work of learning the letters is minimal in comparison to the benefits of being literate. Knowing how to read has made the difference in my ability to speak Thai and has had a big impact on my overall experience in the country.

Learning to read Thai script has been key to increasing my vocabulary far beyond, “One more Chang, please.” Whenever I hear a new word in a foreign language, I will forget it in the next minute unless I write it down. With Thai, writing the words down in the Roman alphabet will always be a kind of approximation of what the word is supposed to sound like.

I was doing this when I first got to Thailand, before I could read and write, and I always found myself staring at my notebook a few days later with no idea how to pronounce the words. (Is that an aspirated or unaspirated k? A rising or a falling tone?) If you write down the words in Thai, there will be no question as to what the pronunciations and proper tones of the words are, since the Thai script has all of this information built-in. Being able to read will also enable you to use a Thai-English dictionary, a must for any serious language student.

Highly recommended are Benjawan Poomsan Becker’s series of textbooks from Paiboon Publishing. Thai for Beginners introduces Thai through a special Romanized script accessible to native English speakers before it gradually introduces the Thai letters. Each lesson introduces new vocabulary while building on and reinforcing what has been learned previously. All the Paiboon books can be purchased with or without a CD for self-study, and recently Thai for Beginners was made available for the iPhone and iPad. 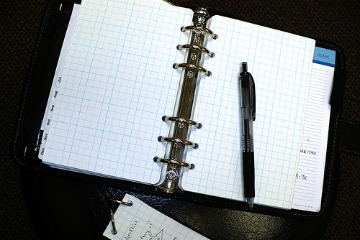 3. Hang out with Thais and keep a pocket vocab notebook.

As with any language, the spoken colloquial tongue is often very different from the formal, official language you may learn in a language course or find in newspapers. Spoken Thai is completely contextual, with no verb tenses or conjugations, and often the meaning of what is said is indicated through simple word order or “particles” placed at the end of phrases to indicate a question, a command, or may strengthen or lessen the tone of what is being said.

I was often told that I spoke like an extremely polite robot (due to a majority of textbook study at first) until I began to make some Thai friends, go out with them, and learn how to speak more naturally.

What was also very helpful to me during these times was carrying a small notebook. Whenever I heard an unfamiliar word, I asked a Thai friend to spell it or write it down for me. Later on, I could refer back to it and begin to use the new words myself.

Beware, however, of the all-too-common offer, “Hey, you teach me English, I teach you Thai, same same, na!” People like this are plentiful, and while they may be fun to hang out with, they might not be the best conversation partners. If you’re serious about learning the language, seek someone out who will be equally serious.

It may be worth paying a visit to the campuses of Bangkok’s universities, such as Thammasat or Chulalongkorn, and posting an ad or simply striking up conversations with some of the students there. You’ll find some bright, friendly, and motivated Thais; a university campus is where I met my conversation partner.

Knowing how to sing current Thai pop songs will make you incredibly popular, especially if you teach kids.

For whatever reason, the majority of Thai music videos have the lyrics panning karaoke-style across the bottom of the screen as the song is being sung. This is of immense value to the language learner, since what we might not be able to catch with the ear we can read with the eye.

Watching music videos and listening to songs is an easy and fun vocabulary builder, while at the same time training your ears and helping with overall listening comprehension. As a bonus, knowing how to sing current Thai pop songs will make you incredibly popular, especially if you teach kids.

Here’s one to start with: Too much So much Very much

This may sound silly, but I have learned a lot of slang and colloquialisms from trying to decipher the various comments and status updates that appear everyday on my news feed. Whenever I can understand or at least get the gist of a wall post or a comment on a photo, I make a point to comment as well. More often than not my writing contains some mistakes, which my Thai friends then graciously correct for me – thereby giving me a free lesson in Thai writing to boot. 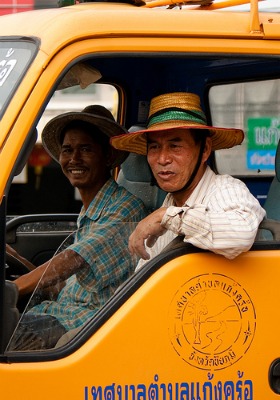 6. Spend time outside of Bangkok and away from tourist sites.

This, ultimately, is what takes you from being a farang who speaks nit noy (a little bit) to yuh mak (a whole lot). Spend time volunteering or working somewhere where nobody speaks any English, and you will become keng khuen (more skilled) in even one month.

Depending where you go – northern, northeastern, or southern Thailand – you may end up picking up some of the local dialects, which sometimes bear little resemblance to the standard Thai spoken in Bangkok and taught in the classroom. For example, Isaan Thai, spoken in the northeast, is closer to Lao than it is to standard Thai, and is often incomprehensible to farangs and Thais alike, unless you’ve spent some time there.

7. Treat every interaction with a Thai speaker as an opportunity to improve.

Living in Thailand, I get asked where I come from and how old I am so many times that it can get tiresome. Sometimes I’ll simply answer people’s questions politely and say goodbye, only to realize later that I squandered an opportunity to practice my Thai.

Sometimes we are all just not in the mood to converse, but that stranger on the bus, on the train, whoever they are, that takes an interest in you as a Thai-speaking farang (and there will be many) is always an opportunity to ask new questions and try out new words and phrases. I’ve found that in the immersion environment, how much you practice and how much you improve is really up to you, since you are essentially surrounded by opportunities.

8. Believe that learning Thai is possible.

An older British math teacher in my province once said to me, with a Yoda-like glimmer in his eye, “Any language is learnable.” He was speaking from experience, having learned both Japanese and Ilokano after spending many years teaching in both Japan and the Philippines.

From my experience learning Thai I agree with him, and I credit my own success as being due more to my stubborn perseverance in spite of widespread cries of “Impossible!” rather than any inherent ability I have with languages. I do think it is possible for anyone to learn Thai, and learn it well, as long as you are willing to work at it and have a strong desire to gain a deeper understanding of Thailand.

Lastly, if there are any beginners out there, the one consolation I can give you is that learning Thai is definitely easier than using the Force to pull your X-Wing out of a smoldering bog. I’ve found that the principle behind succeeding, however, is the same: “Do, or do not. There is no try.”

1. Thai-language.com – One of the best free online resource for learning Thai, thai-language.com has speaking, listening, reading, and writing lessons and exercises for learners of all levels.

2. The Paknam Web Forums are free forums where native speakers will answer any questions you have concerning Thai. If you want to hear how a particular word is pronounced, you can put in a request and someone will get back to you with an MP3.

3. LearningThai.com – A member of Paknam Web, LearningThai.com has over 1000 pages of free online resources for learning Thai, including lessons in all four aspects of language learning, as well as activities and games. The webmaster has put up many of his own short stories written in both English and Thai.

4. GenkiThai.com has free interactive games and activities for beginning learners. The games teach vocabulary for basic verbs, colors, days of the week, etc., with recorded audio from native speakers.

6. My Language Exchange is a free online service for finding and linking up with native speakers that are interested in learning English as well as helping you learn their language. You can meet and interact via text chat and email for written practice, as well as voice chat for speaking and listening practice.

For more about living and traveling in Thailand, check out Matador’s Thailand Focus Page.

What did you think of this article?
Meh
Good
Awesome
Bookmark
Posted In
Languages
Destinations
Thailand

Thailand’s best dishes are found in Chiang Mai, not Bangkok