HUARAZ, Peru is one of those destinations where you ask travelers how long they’ve been there and you end up getting an answer like “6 months, but I originally planned to stay for only 3 days.”

This small mountain town is an 8-hour winding bus ride north of Lima. Try to get the front window seats on the second level of the bus — from there you’ll get great views as you pass through small mountain villages, observe the changing landscape as you summit a 13,000 foot mountain pass, and watch as cars and other buses attempt to pass you on completely blind corners. Huaraz is the perfect jumping off point for mountaineering and trekking in the Peruvian Andes. Here’s why you need to go. 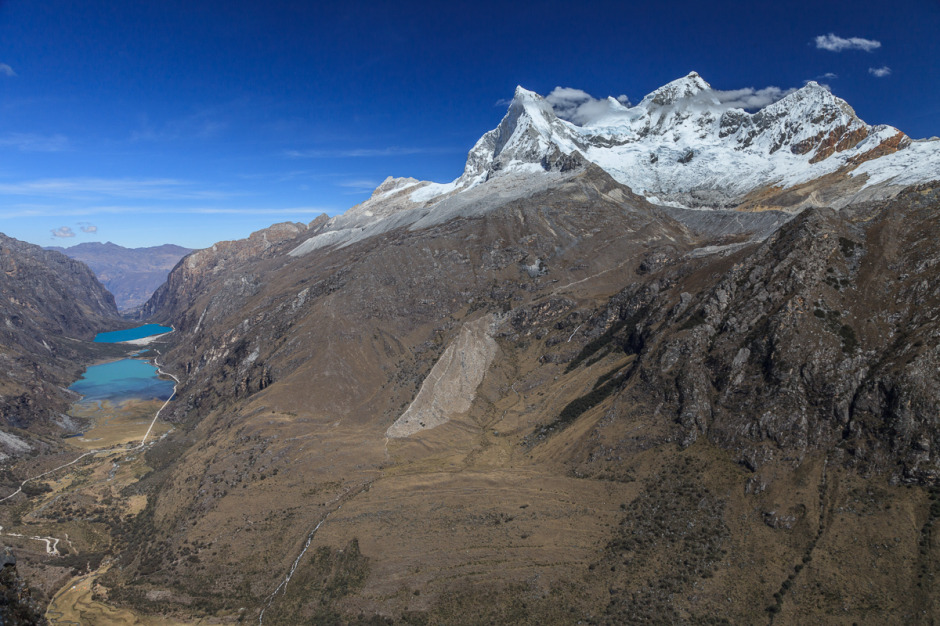 There are few places on Earth where you can wake up in the bed of your hotel room and be at the basecamp of a 20,000ft mountain in just a day, but Peru’s Cordillera Blanca mountain range lets you do just that. One of the major travel corridors in the range heads up the Llanganuco Valley, with the four Huandoy Peaks on the right. The peaks point in each of the cardinal directions. 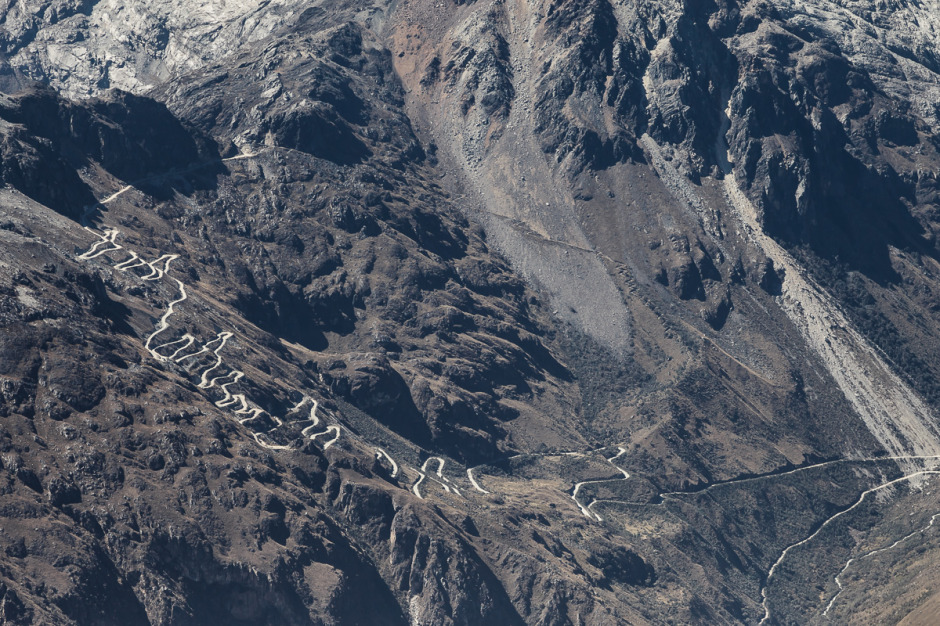 To access remote villages and trailheads, roads go deep into the mountains. As it connects Huaraz to remote towns on the eastern side of the Andes, this major thoroughfare tops out just below 16,000 feet at Porto Chuelo Pass. Exhilarating is one way to describe the bus ride. 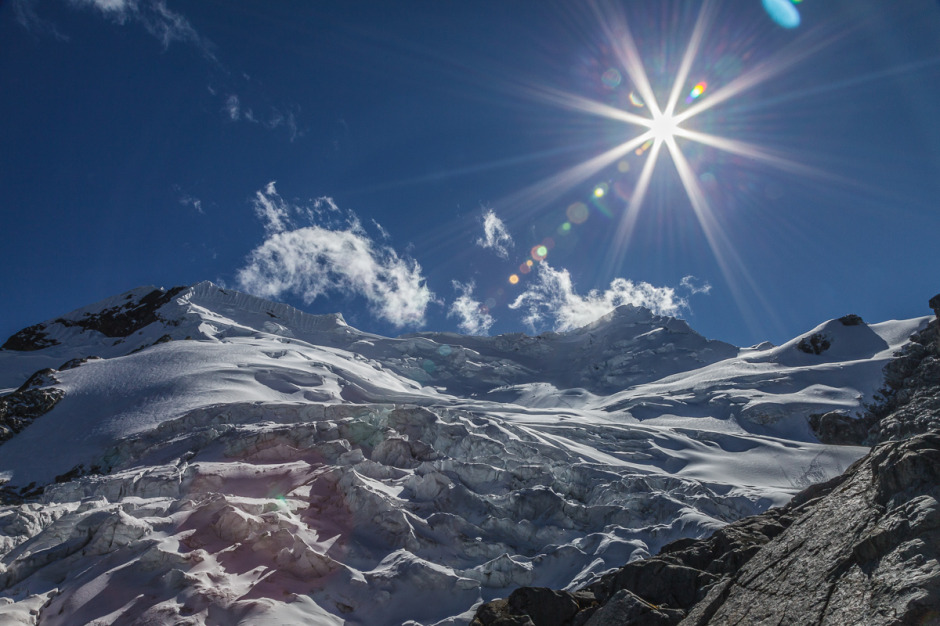 The dry season is June through September, and this is main climbing season in the Cordillera Blanca mountains. The seemingly endless sunshine makes climbing and trekking trips much more productive than in other mountain ranges. 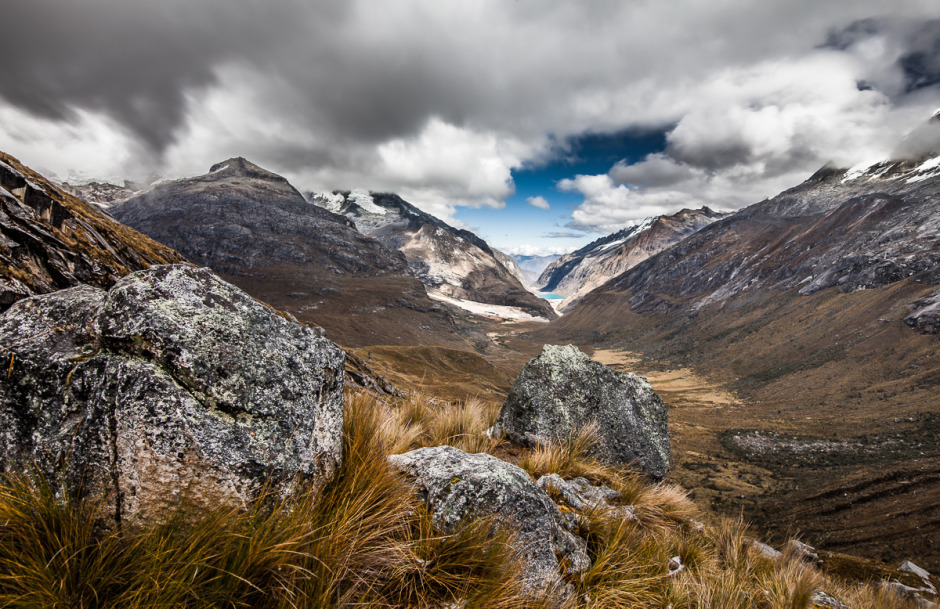 When the rare storm does occur, it comes in from the jungle to the east. This leaves a desert in the rain shadow to the west between the Cordillera Blanca and the Pacific Ocean.

3. Donkeys can carry your gear 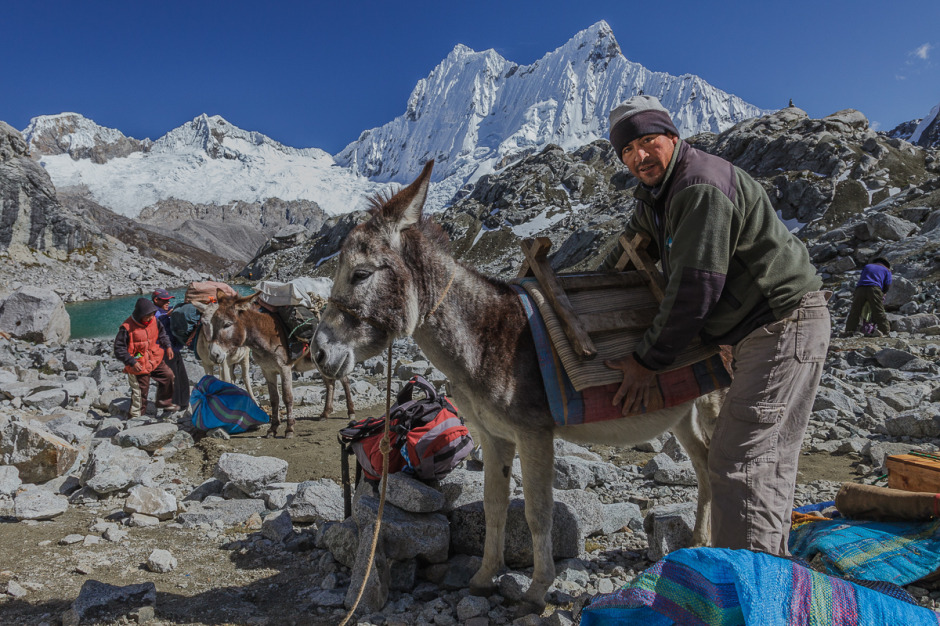 Another aspect of the easy access into the mountains is the fact that donkeys can carry your gear. Each donkey can carry up to 40 kg, which means instead of carrying a giant expedition pack, you’ll only have your daily essentials on your back. The donkey drivers, called arrieros, are some of the friendlier folks around and are happy to help you practice Spanish or help with logistics back to town. 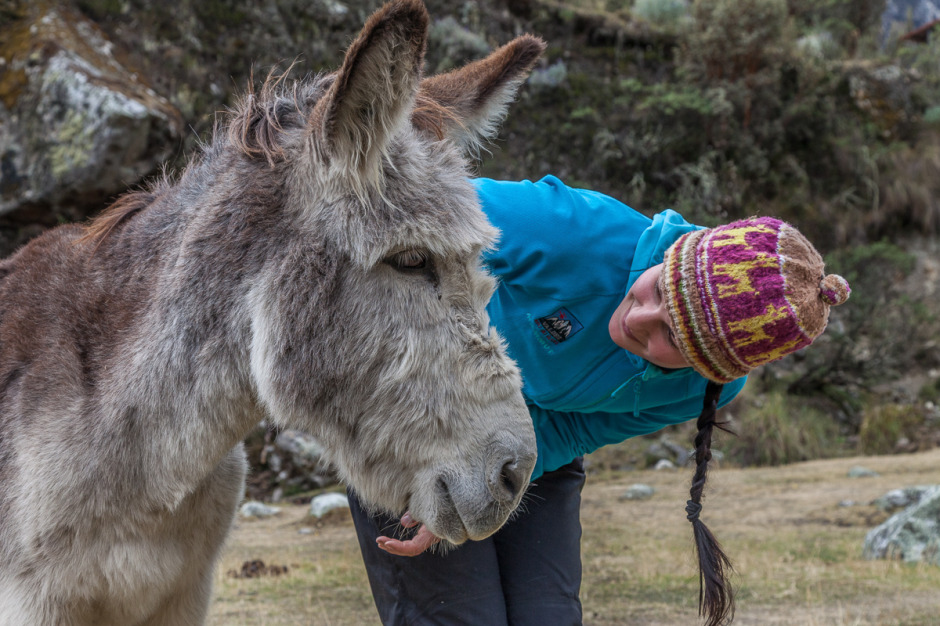 Most of the time the donkeys will keep to themselves and eat grass alone in the hills above the camps, but in a few of the more popular areas they are accustomed to human food since it is sometimes easier to come by than grass. After one member of my climbing group made friends with a donkey we named “Eyebrows,” we had to take preventive measures and sit in a tight circle around our lunch so that he wouldn’t steal it. 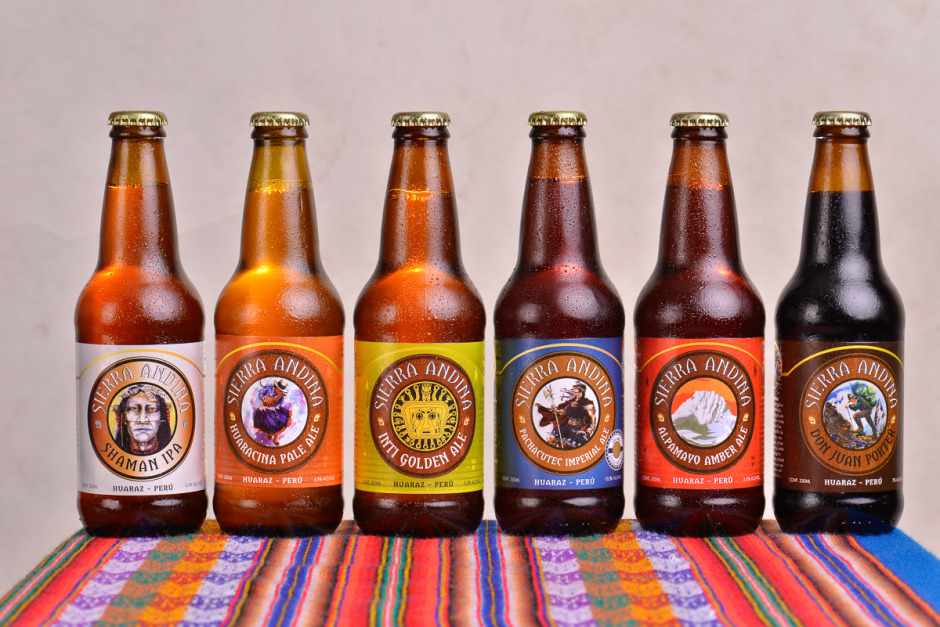 Sierra Andina Brewing, located in Huaraz, has been around since 2011 and is one of the few craft breweries in the country. Their beers make a great change from the typically watered-down South American lager. It’s served in many of the restaurants in Huaraz, and the taproom is located in their restaurant, Trivio, in the center of town. (Image via Sierra Andina Brewing) 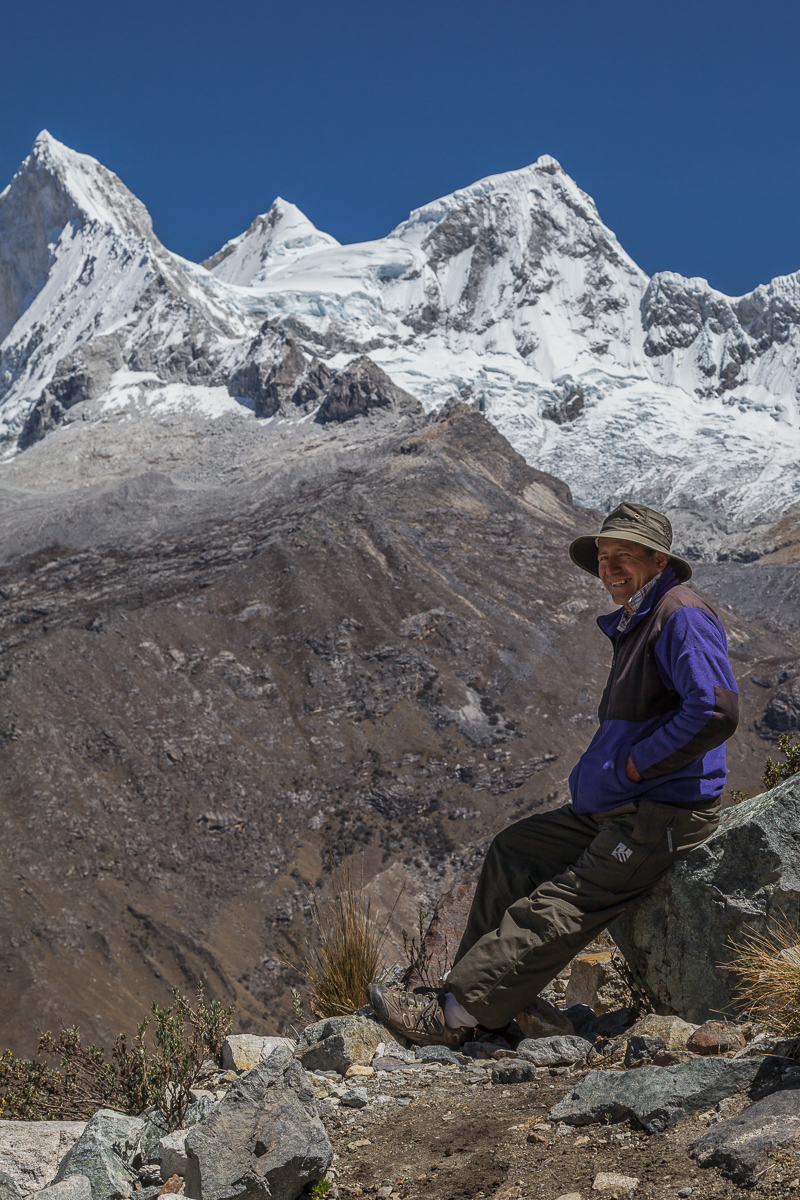 Huaraz and the surrounding towns feel safer than many places in South America, and most of the time you’re greeted with a smile. Don Juan, our camp cook, has been working as a porter and cook in the Cordillera Blanca for more than two decades. I couldn’t figure out if he was 40 or 60, but he jogged along the trails at 16,000 feet like a man 20 years younger than he was. 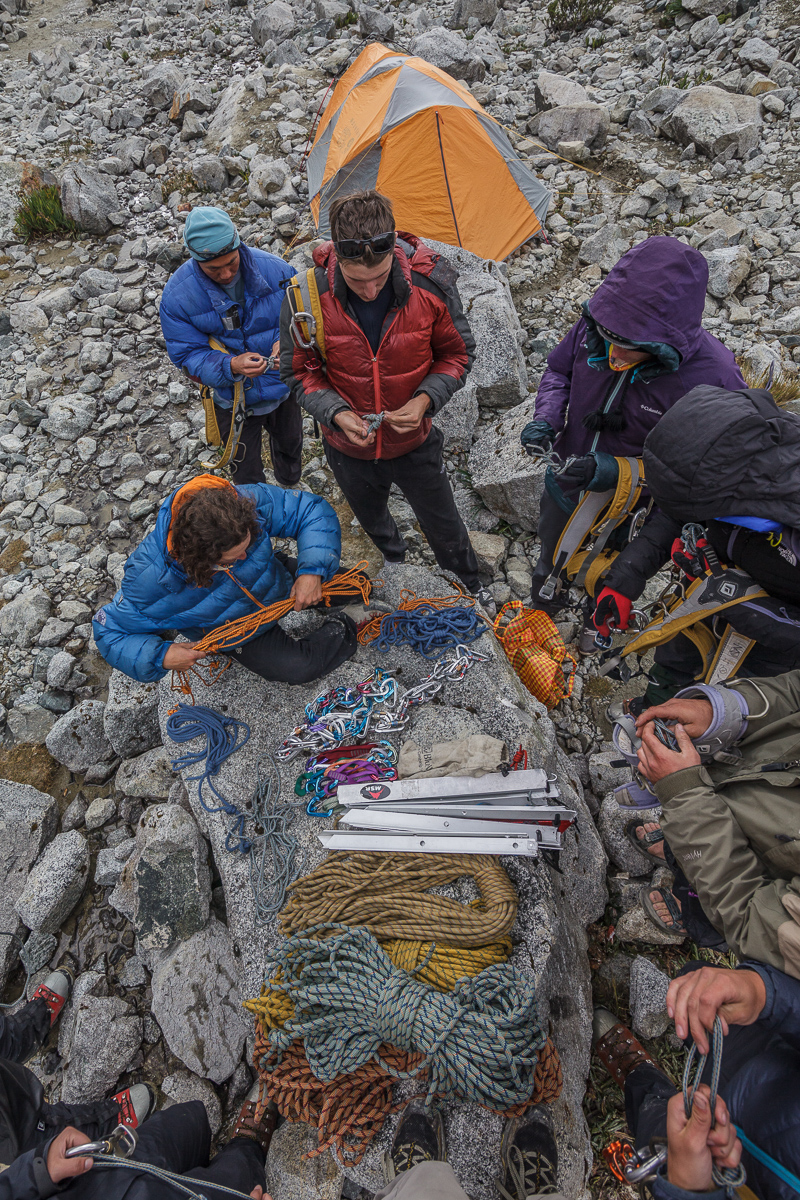 Huaraz and the Cordillera Blanca attract climbers from around the world. Some are first timers while others are elite alpinists. Whoever you meet, you’ll be able to enjoy the shared love of being in the mountains. 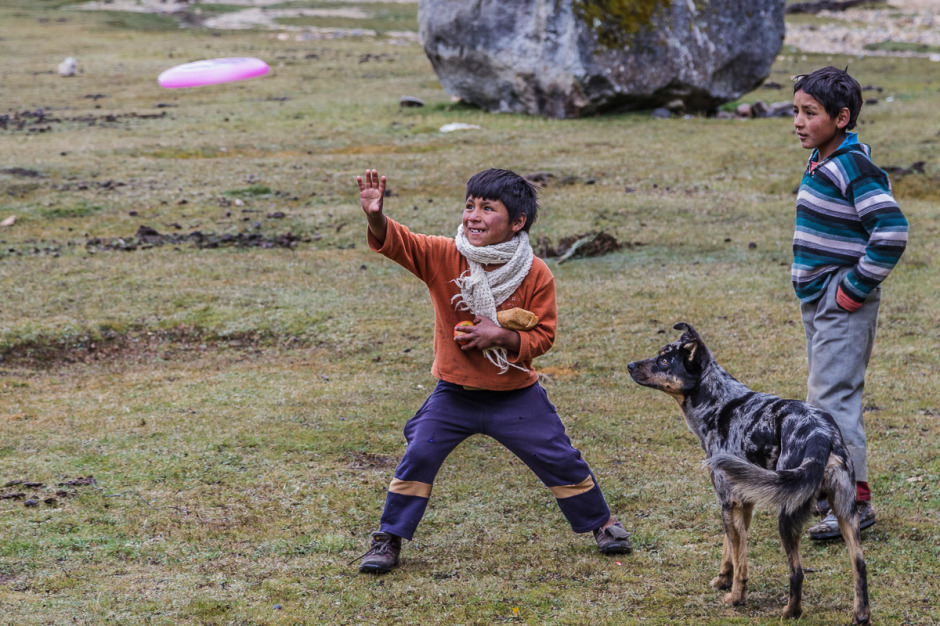 Every time I’ve come to this part of Peru, a friend or I have brought a frisbee that’s stayed in the Andes. This isn’t because it’s been stolen, but because the children are so excited to play catch that it’s impossible not to give the spinning disc as a post-game gift. 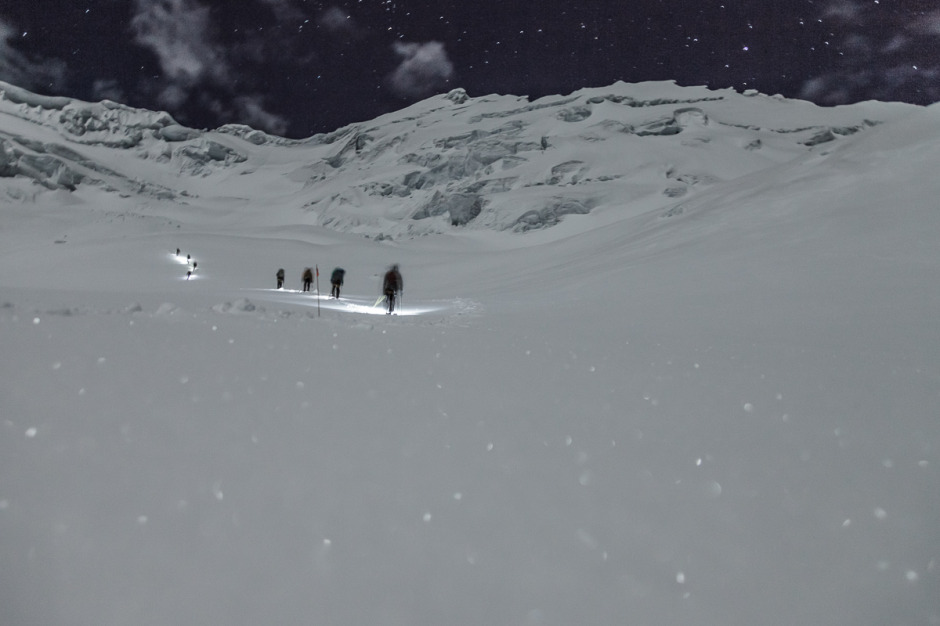 7. You can see the stars 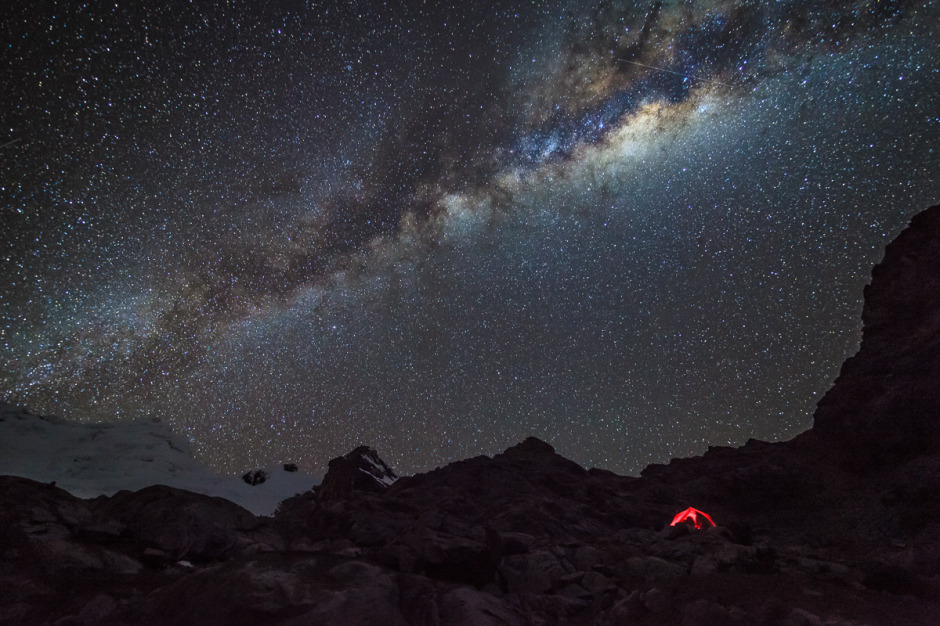 Huaraz is a long way from the eight million people of Lima, Peru’s capital and largest city, so the light pollution is minimal. You’ll start your climb very early in the morning (or very late at night depending on how you look at it), and have ample opportunity for stargazing. But you won’t have to do an all-nighter to get a view of the night sky. If you’re trekking, you’ll also get to see the stars because the sun sets between 6 and 7pm throughout the year.

8. Some of the most beautiful mountains in the world 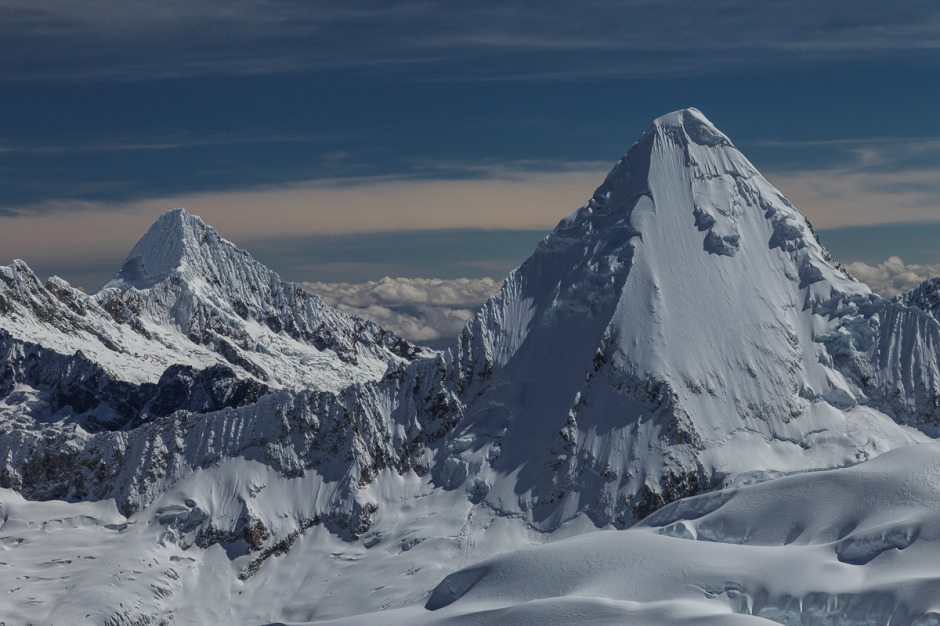 One of the most popular mountains in the Cordillera Blanca, according to a 1966 survey of climbers and photographers, Alpamayo (left), is considered to be the most beautiful mountain in the world. And Artesonraju (right), the mountain from Paramount Pictures, is also in the area. I don’t think you need a survey to choose which mountains are beautiful, but the Peruvian Andes certainly don’t disappoint. 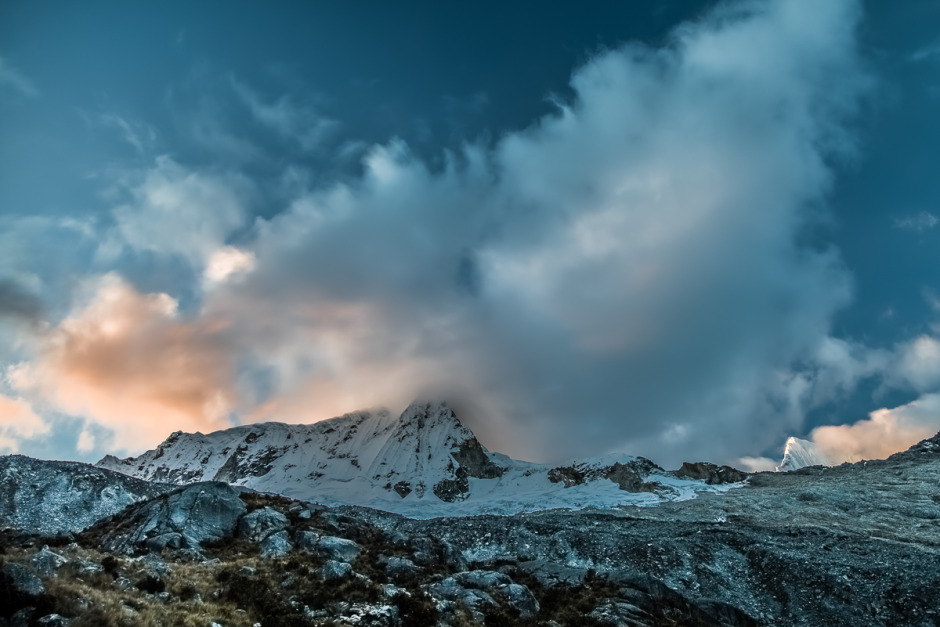 Each day in the mountains is different, and every day in the Cordillera Blanca is a new adventure. There are a few places on Earth where you can go once, say “been there, done that,” and never have to go back, but the Peruvian Andes is not one of those places. After your first visit, something about these mountains will always draw you back.

Tagged
Climbing Galleries Hiking Peru
What did you think of this story?
Meh
Good
Awesome

How To Have Peru’s Most Popular Lake To Yourself

Jaw-Dropping Images From a Desolate Mountain Trek in Peru

Forget the Danube. You Need To Take a Luxury Riverboat Cruise on the Amazon.