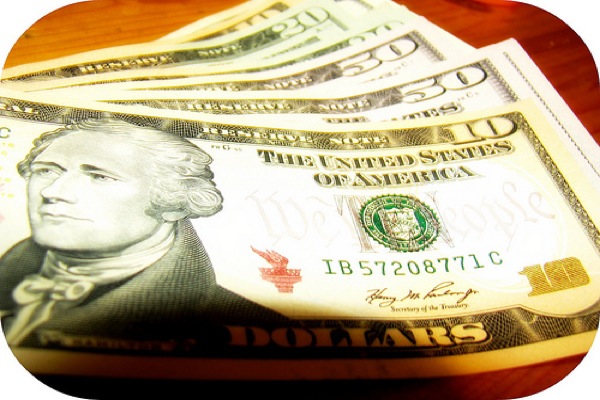 Ever wondered if that precious cash you’re holding is fake?

Thought you learned nothing when handling cash as a restaurant waiter/waitress or cleaned golf clubs at a country club like myself? You’re wrong. The experience of continuously exercising the sense of touch over and over again has taught us what to expect when handling paper currency. The printed paper should feel crisp due to embedded fibers and shouldn’t be floppy.

Ever hold a banknote up to the light and notice a faint design? Most forms of paper currency have a watermark when held to the light that will display a picture or denomination numeral.

The micro-text of a counterfeit banknote will show signs of being smudged due to the fact that most printers cannot produce the small font. If you were to take a magnify glass to a genuine 2007 Series $5 United States banknote you will notice the micro-text phrase “five dollars” throughout the border edges. A counterfeit version of this banknote might show the text to be smeared instead of being crisp. 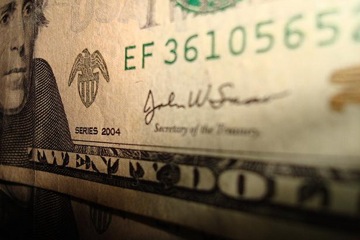 This feature might be a bit tougher to spot for the untrained eye. The print quality will be very inferior when compared against a genuine banknote. The ink on most banknotes will appear metallic and shift colors when tilted. There could be the possibility of having a counterfeit banknote if the print and ink appear to be blurred but also could be from normal wear-and-tear.

Ultraviolet lights have a few more uses other than examining sketchy hotel bed linens. Many governments have incorporated this security feature within their paper currency. The passing of an ultraviolet light over a genuine 2007 Series $50 Barbadian banknote will reveal that the security thread glows blue while the text glows yellow. In addition, the waves near the flying fish in the center and the Coat of Arms florescence green and yellow.

This is the common counterfeit method of gluing numerals from higher denominations notes to the corner of actual lower denominations currency. The best ways to spot this illegal practice is to compare the numeral denomination to the written denomination.

Still can’t tell? Compare the details (e.g., borders and portraits) near the numerals of a genuine note of the same value to help verify consistency. 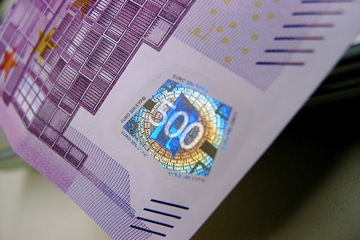 There are various other features hidden in paper currency to deter potential counterfeiters. When a 2002 Series $100 Euro banknote is tilted, an architectural image and denomination value will appear on a foil hologram. This security feature is usually found on higher denominations to halt criminals from bleaching low denomination banknotes with the goal of reprinting a higher denomination.

This feature appears to be very plain and unassuming to many. In fact it provides a decent layer of protection. This anti-copying security will be activated depending on the method used to counterfeit the note, such as placing it on a scanner. This causes an obvious disturbance within the once unassuming area by producing patterns or words. It shouldn’t be hard to miss the word “Void” when triggered.

Banknote paper is sensitized to a myriad of common chemical agents used by forgers. Use of acids, solvents or alcohol will cause noticeable stains to instantly appear. Don’t get these noticeable stains confused with typical wear-and-tear or coffee stains.

The possibility of having a counterfeit banknote is usually low as most government’s do a decent job at removing them from circulation. The United States Secret Service, whom are responsible for anti-counterfeiting investigations, has noted that less than 1% of the United States banknotes are counterfeit. This statistic can vary from country to country based on the security features within a banknote and the effort of the local government to remove illegal tender from circulation.