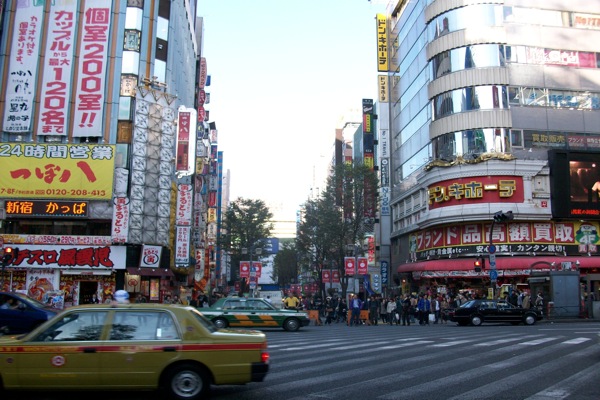 The food, the chopsticks, the no shoes rules : no big deal. But the group mentality?

The vice principle walks carefully up the steps to the stage. At the top he stops and bows to the Japanese flag that hangs above. I can’t tell if it’s a bow of reverence or resigned routine. He approaches the podium, stops and bows to us. The gesture is returned.

“The closing ceremony of the second semester, 2009, will now begin,” he announces. My heart sinks. Another ceremony.

Group and ceremony. Two words that resonate throughout Japan. Twin pillars of social order and well being. You don’t have to be in a formal institution like a school to see it. Take football. The Japanese national team is technically proficient, fit and well drilled, but they can’t score goals. At the business end of things nobody wants the ball. It gets passed around like a hot potato.

“Just hit the thing!” I scream at the TV.

But to do so would require a degree of selfishness that is hard to reach when the group is so important. It would be a disaster to miss.

Regard the fans at a Sumo match. See how the two giants hold them captive with a thrilling pre-fight ceremony where the stomping of feet and slapping of thighs draw rapturous applause. My first time watching I was tensed with anticipation that this was going to lead to a titanic battle. The fight was over in 30 seconds. What was all that about, I thought. Well, the ceremony, as it turns out.

Group and ceremony. They have been the hardest part of adjusting to life in Japan. The other stuff has all fallen into place comfortably: the food, the chopsticks, the careful choice of socks because I know my shoes will be taken off regularly in public. All of these differences I’ve met with wide eyed enthusiasm. 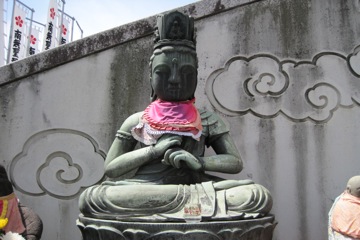 I adhere to the group and the ceremony, too, but it’s merely a physical display. Internally I’m still at odds with it. This is perhaps because it’s only recently that I’ve come to give it serious thought; my early days in Japan were spent enraptured with so many other aspects of place and culture.

At times it feels like my life is put on hold and my individual instincts and desires suppressed. My reactions to this are kept bottled up. Internally, they run the gauntlet from a head full of angry expletives to a simple resignation whereupon I want to fall to my knees and weep.

These values conflict with some key western values. The individual, restrained here, is encouraged in England where it’s good to be different. “Be all you can be.” “Do what you want when you want.” Just try not to tread on too many toes along the way. There is no standing on ceremony either; if something needs doing, get on and do it.

Here in Japan, though, even the simplest tasks can be wrapped in ceremony. Group observed ceremony: a cathartic experience in which we finish with one thing and move on to the other, collectively.

Of course I enjoy the benefits. I live in Tokyo, one of the world’s largest urban areas and also one of its safest. Group mentality helps to keep it that way. So it is that I walk the streets freely and confidently, anywhere, anytime.

The group may also serve to promote me as an individual. Here I can be, with relative ease, all of the things that I would have to fight for back home – a maverick, left field, original and funny.

But this freedom is a reflection of the truth that I am yet to be truly accepted here. Why should I be? I imagine most Japanese people I know expect me to return home sooner or later. But what if I don’t leave and more foreigners come to stay? How will the group react? How will new arrivals react? These are interesting questions as Japan increasingly looks to the international community for ideas and support.

A maverick! I like the sound of that. The other day I arrived at work to the big eighties sounds of a song from the movie Top Gun. It was playing out of the school’s loudspeakers in an attempt to liven us up. I chuckled and thought of Tom Cruise’s ‘Maverick’ character fighting against the strictures of the US air force. I wondered how he would fare in Japan.