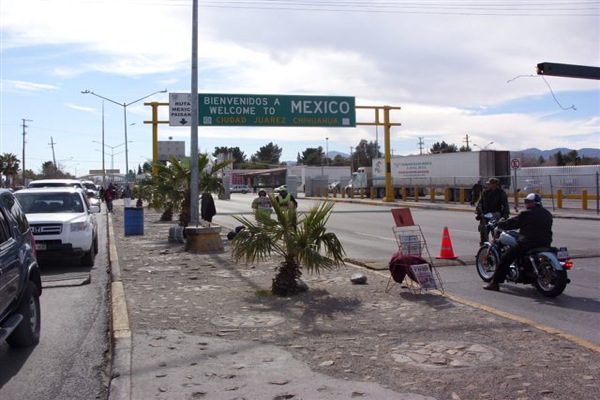 How one American came to master Mexican Spanish.

I first arrived in Juarez, Mexico in 2001 for an “interview” which I found out later was merely a formality. My company had already decided to transfer me from Michigan to the Mexican plant.

I wanted the international assignment so I could learn to speak Spanish like a native. Never mind that Spanish fluency was a requirement for the job, and mine was barely conversational, verging on basic, poor, and weak. I told them I was fluent.

My soon-to-be boss was American so we conversed smoothly in English until his convertible stopped at the guard shack outside the plant.

“Ok, we’re going to test your Spanish. Tell the guards you don’t have a visa because you are not here to work. You just have an interview today.”

I panicked. What was the word for interview?

It came to me just in time. I stuttered out in broken Spanish, “No voy a trabajar. Solo entrevista hoy.”

The guard smiled at my attempt and opened the gate.

I glanced at my future boss, hoping he hadn’t noticed my dismal language skills. He gave a slight nod of approval. Phew, I passed the first test.

Through my enthusiasm I somehow convinced him that I could effectively supervise a production line (having never worked in a plant), that I could engineer air conditioning compressors (I barely knew what one was), and that I spoke Spanish fluently (after four years of high school Spanish, I had forgotten most in the years since I’d graduated).

I started my job in Mexico the following month. 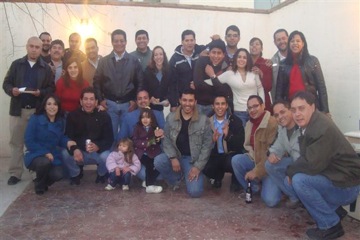 The first year was the hardest. I struggled to provide direction to the Spanish-speaking operators on my production line. I knew next to nothing about the machines, I was a young female in a country still relatively male-dominated, and I could barely communicate. I was so unqualified rumors spread that I must be related to the American plant manager to have received the job.

I managed to read Spanish at a snail’s pace with dictionary in hand, but listening and understanding was practically impossible. Quick conversations cluttered with slang sounded nothing like the slow, clear language tapes we had listened to in class.

Hand signals and drawings seemed more effective than speaking. When they didn’t work, I pleaded mas despacio por favor (slower please) and mande? (what?). I repeated these so many times that by the end of the first month my mande sounded perfectly Mexican. Only several thousand more words left to conquer.

I recalled my elementary school teacher’s lesson about training your pet to do tricks. She said a puppy won’t understand the word “sit” until you show them what it means (push their backside down while repeating sit). Otherwise, if you just keep repeating the word louder and louder, you might as well be saying “zucchini” instead of sit. It is equally ineffective.

Little by little I started catching on, although mistakes were still frequent.

One day I told my co-worker that I had eaten sobres for dinner. She laughed. “Sobras, not sobres!” Sobras are leftovers. Sobres are envelopes. Envelopes, yum.

Other similar words threw me off. Pulgadas are inches. Pulgas are fleas. You can guess which one I used as units of measure.

Some took advantage of my innocence and lack of understanding. One worker suggested we call oval-shaped scrap parts huevos, or eggs. Yes, egg-shaped! I was so excited that I understood what he was suggesting. I exclaimed that we had lots of huevos. How many huevos have you seen? Can you hand me those huevos? Only later did I find out the dual meaning of the word; saying huevos is like saying balls or nuts in English. Red-faced, I announced to the operators we would now call those parts ovalados. 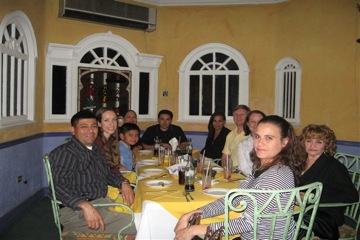 By 2003 my fluency had increased to the point that my co-workers would joke and say, “You speak English as if you were an American!” It was a huge compliment that they implied I was Mexican.

Yet reminders that I wasn’t continued to appear. I still just hummed along to the Mexican birthday song, Las Mañanitas, while everyone else sang the words.

By late 2003 I married my husband, a Mexican native. In conversations with his family, I realized how much my Spanish vocabulary revolved around work. While I could dominate an hour long conversation about machine problems, I could barely talk for five minutes with my mother-in-law about cooking.

I also learned that a few of the Spanish words I used regularly did not actually exist. They were close enough that people knew what I meant so no one ever said anything. Luckily my husband’s son, with typical childhood bluntness, did not hesitate to correct me.

Before I could get words like obviosamente out of my mouth, he would interrupt exclaiming, “That’s not a word! It’s obviamente!” I learned so much when people stopped being polite. When I asked my husband why he had never corrected me, he said he thought my mistakes were cute.

My first haircut in Mexico reminded me again how little Spanish I knew. I reverted to hand signals using finger scissors to show how much to cut. Later I learned words for bangs and layers and split ends and how to specify cut length in dedos (finger-widths) instead of inches (or fleas).

I also learned how they ask if I dye my hair. I am asked every time. I would never choose poopy-brown color hair dye, not even to match my poopy-brown eyes, but I guess it contrasts with the beautiful black hair of typical customers.

By 2007 I felt confident in and outside of work. I could watch Spanish movies and understand even the details. But I was still learning common sayings, analogies, jokes, and references to famous Mexicans.

Now, in 2010, I feel completely comfortable in Mexico and I rarely think about Spanish as a second language anymore. Speaking is effortless. But there is always more to learn. Just as I learn more vocabulary in English each year, I learn a few new words every week in Mexico. And I will always make mistakes.

People often ask how I learned Spanish. They remark how fluent or natural I sound, even though I know there are words I don’t pronounce quite right.

Recently, a particularly social cleaning lady began stopping by my office often to chat in Spanish. She had heard me on phone calls in both languages.

After a few weeks she asked, “How did you learn English?”

I laughed. “Do you mean how did I learn Spanish? I took Spanish classes in high school, but really I learned more from practice after I started working here in Mexico.”

Her jaw dropped. “You’re not Mexican?”

Do you have a story about how you learned a particular language? Send it to Sarah@matadornetwork.com with “How I learned _______” in the title.

Tagged
Languages Narrative Spain
What did you think of this story?
Meh
Good
Awesome

Spain Announces Flying Taxis in Barcelona as Soon as 2022

Spain Is Getting a New National Park in 2021

May 5, 2022 Arrianne Talma
✖
travelstoke
Download the mobile app
stoked by