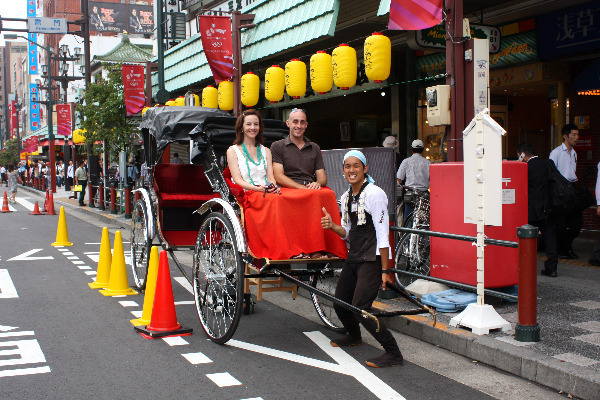 After only 6 months of marriage, my husband received an exciting job offer in Japan. Soon after, we moved from California across the world.

At the time, I was thrilled by the opportunity. I had lived abroad in several countries as a single person, and this move presented a brand new experience. We’d be braving the world as a team.

I imagined that we’d take language classes and eat exotic foods. We’d entertain all our Japanese friends. We’d travel and have adventures to tell our children someday.

What I never imagined was my new role as the “trailing spouse.” The term refers to a person who follows his or her partner to another place, often a foreign country. Taking on that role was harder than I ever thought.

After two years in Japan, I’ve revised many expectations about expat marriage. While I certainly would never trade this time, I have been challenged in unexpected ways.

If you are planning a move abroad as an expat couple, you’ve probably already considered the basic difficulties of culture shock and homesickness. But for the trailing spouse, there are other less obvious issues to consider.

The first year, I felt like I was stranded on a deserted island with my husband, and I don’t mean in a romantic movie kind of way.

Living far away from home, it’s natural to turn to each other to fulfill a variety of needs. It’s also easy to underestimate how long it takes to make friends and feel comfortable. In our case, we felt limited by Japanese cultural and language barriers for some time, which restricted our social outlets. As a result, we spent too much time in our own insulated cocoon. 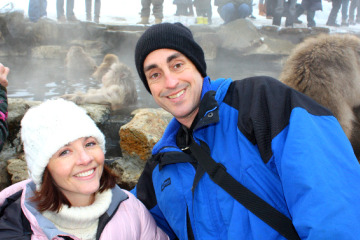 But my husband had the simple advantage of going to a job everyday, offering him benefits I didn’t share. His days had structure, he made friends at work, and he maintained his professional identity.

In my case, I was financially, socially, and emotionally reliant on him.

This dependence was surprising given that I had lived abroad before. I was certainly no stranger to culture shock and lifestyle differences. I had expected them, but I hadn’t considered the difficulty of adjusting to a new country as an “accessory” without my own purpose for living there.

A 2008 study conducted by the Permits Foundation indicated that only 35% of surveyed trailing spouses work during their expatriation despite having prior careers. What’s more, the lack of satisfying job opportunity often affects self-esteem.

In my own case, this rang true. I desperately missed my former identity. At home, I had taught English classes at a university. I enjoyed the academic interaction with students and colleagues. I had been self-sufficient and proud of my work accomplishments.

I also missed earning my own money. I assumed that finding a job would be easy, as there seemed to be no shortage of ESL teacher positions. The reality, however, was that there were few jobs that matched my experience, education, and salary expectations. I had worked my way up the ropes in my former life, and in Japan it felt like I was starting from scratch.

Before moving, I fantasized about how I would spend my free time. However, I soon discovered that “transition” time when you’re unemployed is not exactly a vacation. Rather than liberating, it’s stressful and lonely.

I had too much time to dwell on frustrations. Many days lacked focus. I remember a tense period that first year when my husband would come home from work wanting to talk about events of his day. When he asked me about mine, I resentfully felt like I had nothing to tell him.

Eventually, I did find satisfying outlets for my time, but it took longer than expected. 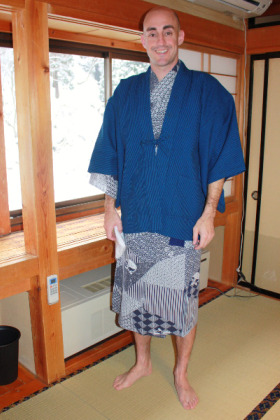 Finally, to my surprise, my husband and I discovered that we didn’t want to experience life abroad in the same way.

Of course, we’ve both enjoyed the food, the sights, and travel, but our desire to “integrate” has differed fundamentally. I’ve taken language classes and karate lessons, made Japanese friends, and tried to connect in a meaningful way.

My husband hasn’t shown the same interest. Part of the reason is that his work schedule doesn’t offer the same time. But he also admitted he’s less motivated to put himself in those situations. He’s content socializing with other expats and being removed from the local experience. He’s less willing to go off the usual path.

As a result, I have experienced much of Japan on my own, and not as the harmonious team that I imagined.

In one sense, I’ve developed a great deal of confidence, but I’m also the one in the marriage who does all the “engaging” with the Japanese world. I order the food in restaurants, make the phone calls, and deal with the repairmen. I’ve taken on dealing with most of nitty-gritty details about living abroad.

Despite the stresses, the greatest positive aspect of being a trailing spouse is that we are given the chance for self-enrichment and reinvention.

If you’ve ever dreamed of escaping your current job and pursuing a different career path, there are certainly means to do that abroad. I know expat spouses who are getting Masters degrees online and honing skills through volunteering and part-time job opportunities. I know several trailing spouses who turned their photography and personal blog hobbies into viable income.

In my case, I have developed Japanese language and cooking skills. I’ve made new friends with local women and other expats. I’ve taken advantage of traveling and learning about the history and culture of Asia. Finally, I’ve embarked on a new path of being a tour guide and freelance writer.

Tips for surviving the first year as a trailing spouse:

1.Be realistic about how long it takes to feel comfortable in a foreign country. Don’t take things too seriously for at least 6 months.

2.Learn the local transportation system as soon as possible so that you’re not stuck at home alone while your spouse is working.

3. Join an expat women’s (or men’s) group to meet others with shared experiences

5. If you’re not working, incorporate structure into your day through exercise, hobbies, or volunteering.

6. Be prepared for working for less pay at a lower skill level.

8. Understand that your spouse is adjusting to a new work environment and faces unique pressures.

What challenges have you faced as part of an expat couple, as either the working or trailing spouse? How did you resolve them?

For more about expat life and travel in Japan, check out Matador’s Japan Focus Guide.

Tagged
Expat Life Japan
What did you think of this story?
Meh
Good
Awesome