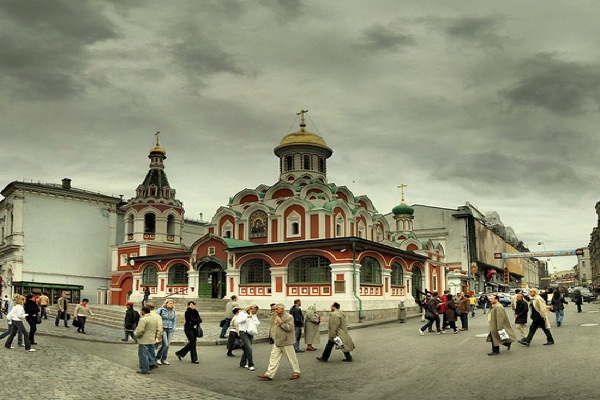 Editor’s Note: This article was originally published as a blog post on the website of a graduate student living in Moscow.

A reader wrote to me:

I’m leaving this comment because since you have lived in Russia and know much more about what’s going on there than I do, I was wondering if you could answer a question for me. I was wondering, do you think it would even be smart at this point for a Black student to go to Russia to study? I was planning on going there after the summer for a year-long study abroad program but after hearing about all the racism I’m thinking that it might not be the right thing to do. Did you have a lot of close calls when you were over there?

This is a painful question for me.

On the one hand, I have had amazing experiences in Russia and I have been indelibly marked by the time I have spent with Russian history, literature and contemporary society. I can’t imagine my sense of the world outside of my interactions with Russia.

On the other hand, I simply don’t know if I can, in good conscience, advise people of Asian or African descent to travel to Russia in light of the continuing problem of racist violence.

In the past ten days, there have been attacks on Bangladeshi and Chinese students in Moscow, in addition to the earlier assaults this year on citizens of Cameroon and Vietnam. Last December, a nineteen-year-old African American was stabbed multiple times in Volgograd on his way home from the gym.

While these are certainly the most extreme types of violence, interviews with African students also reveal pervasive everyday racism in Russian society. If you travel to Russia, you are, quite frankly, playing a numbers game with your life and your well-being. 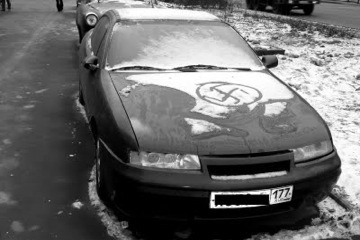 That said, you can do some things to improve your odds.

Personally, I was never attacked and I never experienced anything worse than dirty looks, stupid comments and mumbled threats. A number of factors probably account for my “luck” and I’ll share them with you, both as useful precautions and as information that might give you some insight into life in Russia for those of us of “non-Slavic appearance,” in case you are still considering your travel options even after the warning above.

First and foremost, I had the gift of genetics and a bad disposition–I am over six feet tall and, generally speaking, not of a soothing appearance; when I would hang out with African friends in Russia, they would joke that I was their bodyguard. To give you a more clear picture, a few years ago my high school students nick-named me “Mr. Buster, AKA Suge Knight.” If your friends haven’t given you a similar handle, then you should up your worry level a little.

Second, as soon as I got to Moscow, I asked other Asian and African residents about safety and took their recommendations very seriously. I rarely wandered around alone after dark. If there was a major soccer game, I avoided the subways and took a taxi instead to avoid the possibility of running into a crowd of drunken racist football hooligans.

In general, I kept an eye out for groups of sketchy-looking young men and walked away from them, even if it meant I would be late to wherever I was going. And, at the insistence of a Russian friend, I typically carried a small, easy-to-reach knife as a last resort.

Lastly, I tried to maintain a serious appearance—I wore a collared shirt and I always carried a briefcase (even when there was nothing inside of it) to look professional. This was mainly to fend off police shakedowns that tend to victimize people who the police think won’t have their papers in order and won’t want to take matters to their bosses or to court. I also worked on the assumption that skinheads targeted people that they perceived as weak, poor or unconnected.

In short, not a day went by that I didn’t consider the very real possibility of being attacked. I told myself that it was worth it to get my project done and I coped with the stress of constant worry. I also tried to focus on the positive interactions that I had with people in Russia.

Which is one reason why it hurts me to give such a negative report. Most people in Russia are not violent racists and I really love many things about Moscow: the libraries, the architecture, the museums, the street food, the random folks who chat with you at the market, the landlord who picks up the rent and stays to talk for three hours, the other migrants and foreigners who share the pain and the pleasures of being an outsider…

If you read through my posts from the year I spent in Moscow, it should give you some idea of my diverse feelings and experiences in Russia.

But can I responsibly tell a young person of color (who could presumably choose to travel to any country in the world) that it’s advisable to sign up for a year in Russia? Sadly, I just don’t think so.

The world is large and there are many options. You shouldn’t have to fear for your life every day.

Planning on traveling to Asia? Get one traveler’s perspective about why racism in Asia might not be what you think. Matador’s Julie Schwietert has also written an excellent blog post about race, sex and economics in Cuba.

What did you think of this article?
Meh
Good
Awesome
Bookmark
Posted In
Travel Safety
Destinations
Russia

This is what traveling the Trans-Siberian Railway looks like

4 biggest challenges LGBTQ travelers face and how to overcome them

How to survive if you get lost in the woods, according to people who’ve done it

Traveling during hurricane season? Here’s everything you need to know

Visitors to Greece told to watch out for West Nile virus