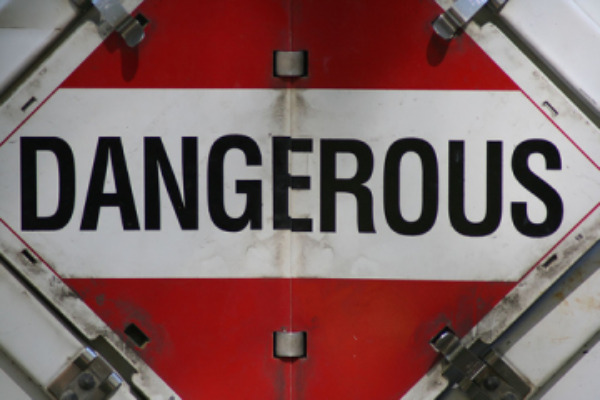 Watching mainstream media and reading travel warnings is not the best way to gauge the risk of living in a new place.

At least once a week, I respond to an email or forum message that goes something like this:

Hi! I’ve been reading your articles and following your blog, and since you’ve lived in Pakistan, I wanted to ask if you felt safe over there. My husband and I, along with our two kids, are planning to move to Lahore/Islamabad/Karachi and we want to know how dangerous it really is to live there.

The problem is, I can’t give a definitive answer whether Pakistan, or any place, will feel “safe” or “dangerous” for anyone else, as there are so many factors involved, like what neighborhood you live in, what contacts you have, if you understand the local language, how you travel, and what situations seem normal and safe to you.

When I first arrived in Morocco for a year of studying abroad, I felt uncomfortable walking in the streets because in Moroccan culture, staring generally isn’t seen as rude. After a few months, I got used to the staring and I no longer felt unsafe walking to town.

In Pakistan, it was the guns that threw me off at first. Everywhere I went, I saw uniformed, stone faced men holding large guns, and during the Danish cartoonist riots I saw Army Rangers and riot squads patrolling the streets. After a while, I realized that big guns are part of everyday life, and that even tiny shoe stores will hire armed guards to watch over their stores after dark. Seeing armed men no longer became a source of fear, but merely something normal. 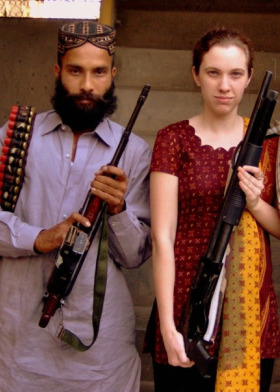 For expats, planning to move to a new host country takes a considerable amount of effort and research. When trying to decide whether a specific country or city is a good fit for you or if it is simply too risky, there are a number of factors you can look at to calculate risk.

Look at how much violent crime takes place and who seems to be most affected by it. Is it mostly people involved with the drug trade or other illegal activities who are victims, or is the general population affected as well? Check out homicide rates and find out the number of reported sexual assaults. Try to see if these crimes are specifically directed at foreigners.

Read up on the country’s history. Has it recently emerged from civil war or other armed conflict? How much of the country’s territory does the government really control? In some areas of the world, elections and changes in power can lead to rioting, looting and chaos. Would changes in the government put you and your family in a precarious situation? If you end up living in a capital city, you may be more affected by governmental issues in your everyday life.

As an expat, will you be on par economically with a large sector of the local population, or will you be part of a small group on a completely different socioeconomic plane than most locals? When my husband and I lived in Pakistan, we were firmly grounded in the upper middle class and lived among Pakistanis. We were able to shop in the same stores and go to the same markets. 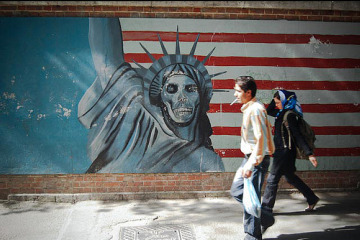 In some cities, expats live in guarded compounds, shop in completely different stores, and aren’t able to have too much interaction with the local population due to such a large income gap. Being seen as part of an economic elite could make you more vulnerable to theft, violent crime or terrorist attacks.

There are some areas of the world where foreign hostages are worth quite a bit of money. Google the name of your proposed host country + “hostage” and see what you get. Read the top stories that come up and see if you can spot any trends. Is it mostly locals or foreigners who are kidnapped or taken hostage, and where do these abductions usually take place? If they are most common in a remote mountain area that you don’t plan on visiting or seem to be politically motivated, the situation shouldn’t be as risky for you.

While there is considerable debate over who should be deemed “terrorists” and what “terror attacks” really are, incidents like suicide bombings, the Mumbai shootings and airplane takeovers have a more symbolic purpose and tend to create an atmosphere of fear and instability. If these types of attacks happen in your host country, find out where they normally take place and if specific groups or institutions are targeted. 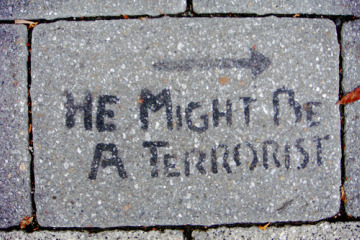 We often think of other people as the greatest risk in a new environment, but we should take natural risks into account as well. Is the area prone to flooding or other natural disasters like hurricanes, tornados, earthquakes or tsunamis? If it is susceptible to a certain type of natural disaster, will you able to find housing that can withstand a catastrophic event?

As a foreigner, I didn’t feel that I was any less safe living in Lahore than a local. Most attacks there are targeted against the military, the police and government officers, and I avoided calling attention to myself while traveling, going out on strike days and eating at fancy five-star hotels.

The biggest threat to me was the 120-degree heat, but I also took precautions such as following the local news, speaking Urdu when out shopping rather than English, and wearing local clothing.

I can think of four specific times when I felt unsafe (aside from driving in the car) during my three years in Pakistan: when I felt my classroom shake from a bomb blast, when I had rocks thrown at me while driving through North West Frontier Province, when my car was stolen from my work place and showed up the next morning in front of my garage, and when I had to drive to the India border the day after Benazir Bhutto was assassinated. I was concerned people would be out rioting, but it turned out many took the national day of mourning to play cricket instead.

If you’re thinking about moving or traveling to a “dangerous” country, check out Matador’s guide on How to Travel to Dangerous Places. Have you ever lived in a place considered dangerous? Share your experiences in the comment section.

Tagged
Expat Life Travel Safety
What did you think of this story?
Meh
Good
Awesome