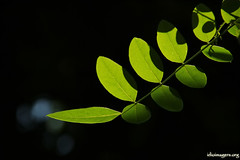 As the world gets wise to warming and brave new travelers embrace low impact lifestyles, green travel has become one of the fastest growing segments of the tourism industry.

Despite its rap as a collection of chic spas for wealthy, guilt-addled liberals who shell out $4,000 to commune with gorillas, green travel isn’t about giving a tour operator a month’s salary for some Disney-like attraction or consumer experience.

Traveling green is about finding and supporting destinations that have seen the light, and are already working to green-up their tourist offerings.

Seeking out green places to travel isn’t all that hard. Even New York City offers the possibility of an ecologically responsible vacation. Many travelers can get to New York by train, removing the need for a high-impact airplane ride. A tiny hotel room in SoHo uses less electricity than a deluxe suite in Aspen.

Plus, New York is a city built for walking, with solid public transport to boot. Time Out recently named New York the perfect place to “be green without doing crap.”

Here are 5 more eco-friendly destinations to put on your travel radar:

Norway is so eco-conscious it balks when a marketer calls a Prius or Tesla green.

While other European countries have aimed to cut their carbon emissions by 20% by 2020, Norway has upped the ante to 30%. Norway is also helping China come up with ways to combat climate change.

Get out of Oslo and head into the mountains and you’ll see a lot of sustainable housing, including the Mjolfjell Inn and Youth Hostel .

A destination in and of itself, the inn offers the standard outdoor fare (skiing, horseback riding, even a wildlife survival course) and also produces its own electricity.

Not bad for the world’s #5 oil exporter. 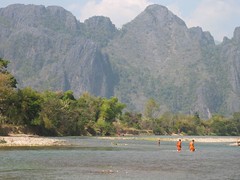 The Lao People’s Democratic Republic has made it their mission to bring this Southeast Asian country (which is landlocked by Myanmar, China, Vietnam, Cambodia, and Thailand) to the forefront of tourism. It’s working – Laos was #1 on the New York Times’ list of places to go in 2008.

However, the Lao government is aiming to increase tourism sustainably so as to protect their native wildlife, lush land and clean rivers, and preserve their two UNESCO World Heritage Sites: the Ancient City of Luang Prabang and pre-Angkorian Vat Phou Temple Complex. Another Heritage Site-to-be is the Plain of Jars in the highlands of north-central Laos.

What’s Lao for “rocking it?”

Home to the longest barrier reef in the Western Hemisphere, Belize is deeply committed to eco-tourism. Offshore, Belize boasts a number of cayes, some of which have been turned into eco-resorts, but others that remain pristine homes for birds, lizards and marine life.

Whale watching is a popular attraction here, as is mountain biking, horseback riding, and cave tubing. Go outside of the sandy city into the Mountain Pine Ridge Area and Maya Mountains, which have amazingly-preserved Mayan ruins. You’ll also find plenty of local artists and artisans to support in town.

While the Caribbean and Latin America are full of eco-tours and spas, you can also appreciate their beauty and natural preservation by traveling independently. Be sure to check out the preservations in Tobago (Trinidad’s less commercialized sister), the diverse terrain of Guadeloupe, and the stunning rainforests of Costa Rica.

Voted the city with the highest quality of life in the world, Zurich was also recently ranked by Forbes as number 8 on their list of Top 10 Cleanest Cities.

Voted the city with the highest quality of life in the world, Zurich was also recently ranked by Forbes as number 8 on their list of Top 10 Cleanest Cities.

The city’s public transportation works like clockwork (no pun intended) to the point where very few residents own cars. There is also a large local foods industry, including cheeses that will make your deli’s Swiss cheese taste like plastic.

The world’s first four chocolate makers were also all Swiss, so you can take comfort in knowing you’re supporting local growers with those truffles and hot chocolates.

I single out Zurich here, but the rest of Switzerland is great for those who want to reduce their carbon footprint while still traveling Europe. Not only do you get the Alps and clean living, you can explore areas heavily influenced by the Germans, French, and Italians. 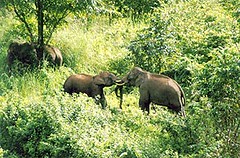 Even though India has some of the most polluted cities in the world, there are some areas that are working to green their environment. While other regions try to slap an “eco-tourism” label on what is really just nature tourism (“Over there is a rare flower,” “Look up there at the tree,” “Check out the elephant,” and back on the bus), Thenmala is taking green travel to heart.

The local Thenmala government, tourism office, and irrigation department are teaming up with residents to to make green tourism a coordinated effort. The best part? You’ll not only get to visit the Shenduruney Wildlife Sanctuary (part rainforest, part deciduous forest), but the tour guides are local youths who are trained in sustainable tourism. Now that’s something to feel good about.

Of course, there’s more than just this Fab Five. In fact, you can find plenty of eco-friendly destinations (from the transportation to lodgings to the cocktail hour) on every continent.

Check out the green guide series at the the traveler’s notebook for more cool destination ideas!

This is the second of a three-part piece on Green Travel for Brave New Traveler; now that you have the basics, take the next steps: travel to eco-friendly locales, and give some more thought to making the jump from air travel to rail and sea travel.

Can international travel ever really be low-impact? Your thoughts are important. Leave a comment below!

Olivia Giovetti has lived in and explored the better part of Europe on a bohemian budget. Freelance travel writing seemed like the next obvious step and her publishers include EuroCheapo, Paper Magazine, and Classic FM. A former New Yorker, she now lives in Los Angeles.
Tagged
Sustainability
What did you think of this story?
Meh
Good
Awesome

The most beautiful and emptiest state parks in New England
For the perfect day of hiking and Colombian coffee, head to Jardín
Watch the Perseid meteor shower light up the sky this August
The most underrated, crowd-free national monuments in the West
The best national parks for every type of traveler