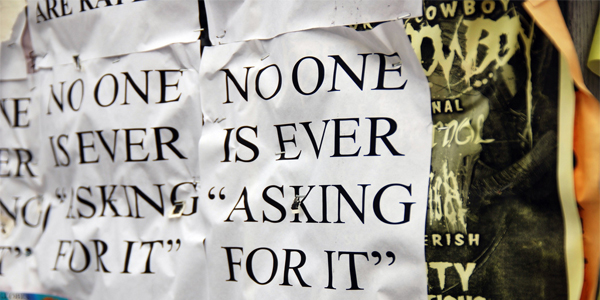 Feature photo by La Chiquita. Photo above by jonathan mcintosh.

Tips for female travelers on how to deal with sexist behavior while abroad.

IT IS A GLORIOUS Mexican morning. The sun is blaring down on bougainvilleas, you’re sipping a cup of coffee and strolling down a lazy cobblestone street…and then suddenly,

“Chhh, chhhhh!!! Hey, baby!!” A whistle and a wave from a passing truck remind you that you are in Latin America, machismo capital of the world.

At first, when I was traveling through South America, this was a novelty. Then it was one of those half amusing, half maddening nuances that are the very definition of “cultural differences.”

Now, it is simply infuriating. 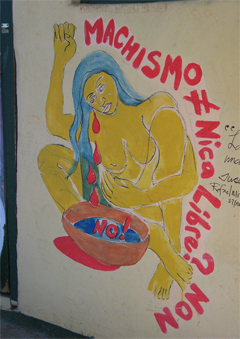 I’ve heard the refrains many times: “It’s a compliment, a form of flattery,” or “It’s a cultural thing; you know, it goes back to the old days of gentlemen and romance,” and at first, I could buy it.

Now, however, with an awareness of the deeply embedded sexism in many Latin American societies, I don’t buy it any longer.

It is not flattery or romance, but rather domination, a male power trip, and one that echoes other male power trips with much more serious consequences than a pissed-off gringa tossing her mango at a passing truck.

The most serious of these consequences is rape.

Human Rights Watch women’s rights advocacy director Marianne Mollmann has stated that there are around one million rapes in Mexico per year.

Veronica Cruz, director of Las Libres, an organization that helps women who have been raped to get abortions, sums up the attitude of many Mexican men (and authorities) towards rape:

“They say the women invited the rape, that they’re easy. They say, it’s how you were dressed. They ask, did you like him or not? In Mexico, women are treated as sexual objects, not people. If a woman is walking alone in the street, anyone can insult her or touch her body.”

Perhaps most shockingly, in many Mexican states a girl under the age of 18 must prove she is “chaste and pure” in order to accuse someone of statutory rape. Such laws are indicative of what scholars describe as “marianismo”: the flip side of the machismo coin.

Marianismo refers to the idea that while men are tough and dominant protectors, women are virginal mothers. According to marianismo, the ideal woman should be a replica of the Virgin Mary.

Machismo and marianismo can not only lead to disturbing attitudes towards rape, but also to sexual, emotional, and physical abuse at home, and to the treatment of women as second-class citizens.

So how does this affect you, the traveler, walking down the street somewhere in Latin America? And what should you do when confronted with it?

The following are ideas for confronting machismo both in the immediate and physical sense (waiting for the bus, going for a walk) and in the more long-term, political and psychological sense (working to help local women gain rights and respect.) 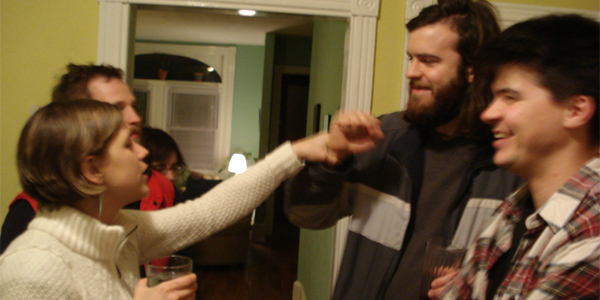 90% of the time, ignoring them is enough to make them go away.

I was punched in the face by a man after shouting back to him when he followed me down the street. I called the police; they came, and did nothing. The neighbors told me to stop “making problems.”

Men will still harass women who are walking with other men, and in this case responding can lead to harsh physical violence. As much as I hate to tell women to silence themselves, you should ignore any taunting for safety reasons unless you feel seriously threatened, in which case you should try to get as far away from the harasser as possible.

Also, as often as not men are trying to get a rise out of you, and will get a kick (to a certain point) out of your anger. It will only prove to them that they’ve dominated you. 90% of the time, ignoring them is enough to make them go away.

Not reacting also includes not smiling! Please, for the sake of women in Latin America, do not give the impression that this type of behavior is okay or is an acceptable way to interact with women.

Talk with local men and women about the issue

The benefit of being an outsider in a culture is that you can draw attention to cultural particularities both good and bad, and locals can get a glimpse of their culture through you.

In this case, having discussions with locals about how you feel and think about machismo can be enough to get people to realize that it is not something unchangeable or inherent, and that it can have widespread consequences.

You don’t have to go ranting and railing (as I sometimes admittedly do) unless you’re with a group of friends who aren’t going to be offended by you.

Mix up talk of machismo with talk of the things you really like about a place. Latin America has so many wonderful aspects-touch on them, but nudge concerns about women and machismo into the conversation as well. 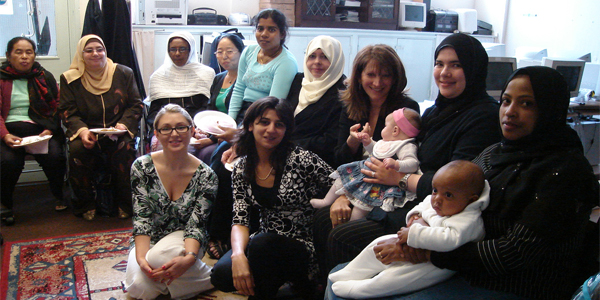 There are excellent organizations throughout Latin America fighting for women’s rights and empowerment. Before traveling, check out idealist.org for volunteer opportunities, and don’t forget to take a glance at Matador’s Change site, which offers profiles of hundreds of non-profit organizations.

Take pride in traveling as a woman. Avoid the advice to lie about a hubby back home (unless you’re in a really uncomfortable situation) and tell it like it is: “I’m traveling alone, and I like it that way.”

And even if you’re traveling with a companion, celebrate the strength it takes to travel and the way traveling can break you free of more traditional female roles.

Sometimes just the sight of me heaving my monster backpack onto my back at the bus station was enough to make groups of people gather in Peru. Hopefully, the thought flashed through one of their heads–“Damn, that woman has guts!”

Stand up for women’s rights!

This means not only supporting local women abroad-buying from women’s cooperatives, working with groups that empower women, making the case for women’s equality-but defending the rights of women everywhere.

Sadly enough, it took two years of living in Latin America to make me wake up and realize that women deal with unequal treatment at home, too, and that I’ve taken my independence and opportunities for granted.

Writing about women’s lives and rights, supporting women’s organizations, and acting as a strong, bold example of everything a woman can do (hike Patagonia! Cook! Learn 10 languages! Farm!) are all ways to counteract machismo.

Don’t let this article dissuade you from visiting Latin America. There’s a reason I seem to keep coming back here-the people are full of vibrancy and light, the landscapes will knock you out, the food is heaven.

But be prepared for that sudden shout from the back of a truck, for the hiss and the whistle—and when you feel that rush of indignation, use it to fight for change.

Traveling alone as a woman has unique challenges in most (if not all) of the world. Read up on these Reflections from a Female Solo Traveler and join in the discussion! How do you handle harassment on your travels?