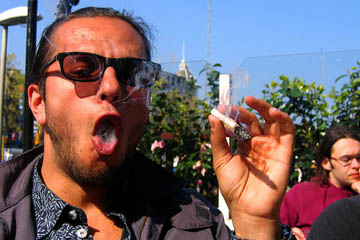 I have to admit, when I first saw the headline, Netherlands to close prisons for lack of criminals, I thought it was a joke.

But apparently, a “decline in crime has led to overcapacity in the prison system.”

And to deal with the loss of jobs that will occur with the closures, some “reprieve” may come from Belgium, who apparently has too many criminals.

That got me thinking: why does one country have so few criminals it has to shut down prisons, and the country next door has so many they have to export their prisoners?

Boingboing points out in their coverage of the shut-downs that in the Netherlands, “most drugs are legal,” though a commenter who appears Dutch says this isn’t the case; only marijuana is “semi-legal.”

Here we are – studying a nation perpetually castigated by Law and Order nutballs for being too soft on drug users, too free and easy on sex, having too many unions and too much personal freedom in the face of a large immigrant population and the danger of terrorism – ending up with empty beds in the prison system. What’s wrong with this picture of freedom, tolerance – absent Christian morality? Apparently, damned little.

Could it be that who we define as “criminals” throughout the world are based more on petty crimes (or taboo choices) more than anything else?

Here’s the problem with that theory: Pot and prostitution are pretty much legal in Belgium too.

And even within the Netherlands, there were some angry reactions to the news that prisons were being closed. An opposition MP, Fred Teeven, stated, “Violent crime is not going down…and we are far too willing to use community service. The Minister is wrong to close down prisons because of falling demand.”

Do you think that sex, drugs, and rock and roll lead to more crime, or are the morality police bent on keeping some people to jail? Share your thoughts below.