What does a cheetah’s tongue feel like? This is not a question most people ever want to be able to answer from personal experience. It’s probably not a question that’s ever crossed your mind. I’ve found the things we learn while traveling are often answers to questions we never asked. 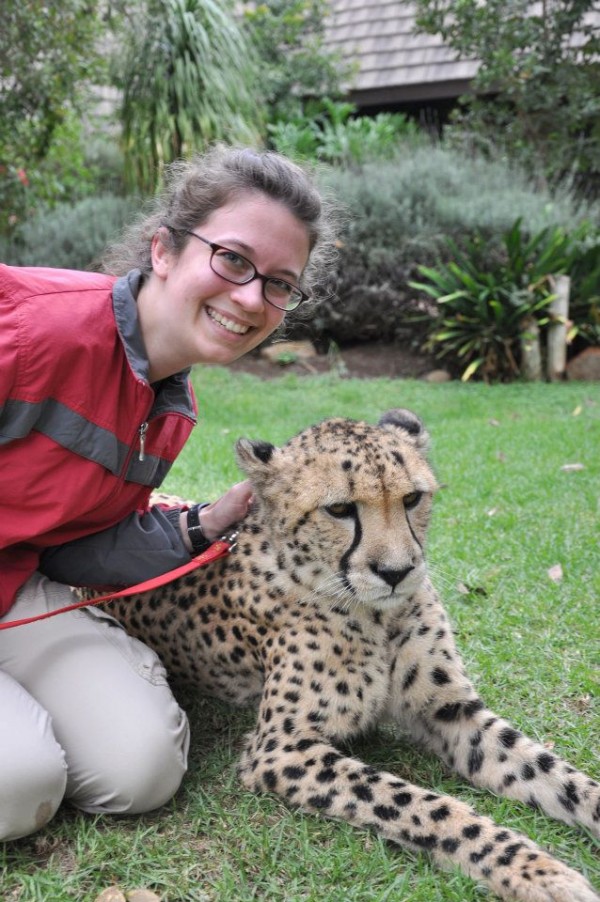 The hotel where I stayed during my trip to South Africa in 2010 had its own game drive. A small pride of lions hung out not 10 yards from my bedroom window; I could hear their low rumblings during the night. One day, a member of the staff informed me they were willing to take my picture with one of their cheetahs, free of charge.

My original thought was the picture would look pretty silly with a muzzled cheetah, supervising wrangler, and an ambulance on standby in the background. But the employee assured me cheetahs are unfairly portrayed as vicious people-eaters and are actually quite gentle. He explained cheetahs are so fast because they have to make up for their lack of strength — the average Rottweiler is stronger than your average cheetah, and even a mere human could force open a cheetah’s jaw with her bare hands.

International travel requires a large degree of trust. You routinely trust pilots and maps to get you where you want to be, and to do it safely. You’re encouraged to trust locals to give recommendations on restaurants and sightseeing trips. You trust chefs with your health and you trust locks to keep away thieves. Sometimes the hardest trust to grant is to yourself — to believe that you are in fact capable of trekking to the top of that mountain, or that you have retained enough of a foreign language not to wind up ordering a different variety of snail at every meal.

I haven’t always trusted the right things: A highly recommended piece of luggage fell apart on me only a few days into a trip to Australia. Directions to a bed and breakfast had me circling a single block of Budapest for an hour straight. Advice against taking my new digital camera to Africa resulted in only a scant number of poor-quality pictures during a once-in-a-lifetime safari. What I have learned to trust, though, is the old adage that you rarely regret trying something, but you often regret not attempting something when you have the chance.

The answers to questions I had never asked: 1. A cheetah’s tongue is surprisingly dry and rough, like sandpaper. 2. Thankfully, I apparently do not taste like a gazelle.

Tagged
Travel Safety South Africa
What did you think of this story?
Meh
Good
Awesome

8 things to consider before buying travel insurance during a pandemic

Why destinations hit by the 2020 wildfires need visitors to recover