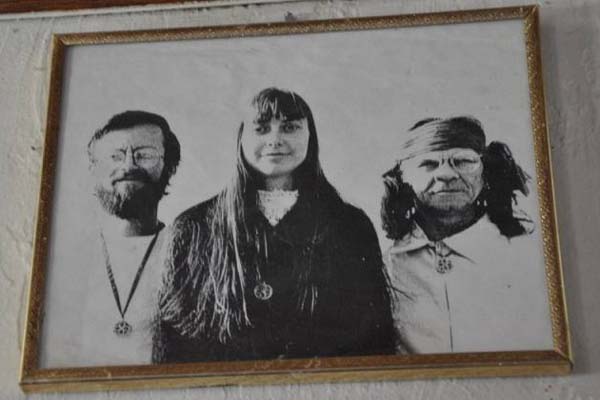 Matt, Anne, and Emanuel (the founders) / All photos by author

Most of my waking life my mind has been racing with the rest of me, chasing behind, trying to catch up. But at the end of a dirt road far out in the Arizona desert, I stopped one night and caught up with myself.

[Editor’s note: This post was first published in its original form here.]

ON THAT NIGHT, it was me alone under an infinite night sky. Stripped naked without emails, TV, chatter, and static — all the clutter and distractions that normally mask me from myself and the world around me. The peyote juice I drank before the sun melted away had seeped into my body and shed the skin between my soul and the universe around and within me. At this remote solitary place in the desert, I had come home to myself.

For the previous two years, I had zig-zagged through North America in my motor home. I had completely looped the United States from Key West to Maine, over to Seattle, down to San Diego, through the Rockies, up into the heartland, and down along the Gulf. But eventually the great long winding road took me right back to myself.

If the doors of perception were cleansed every thing would appear to man as it is, infinite. For man has closed himself up, till he sees all things through narrow chinks of his cavern. ~ From William Blake’s “The Marriage of Heaven and Hell”

That night, as I watched each log in my campfire burn and smoke up into the black sky, I felt that my journey — no matter how intense and hot — would ultimately smoke up and dissipate into the unknown Universe. But yet I still felt the passionate need to burn bright and warm before turning to cold ashes. 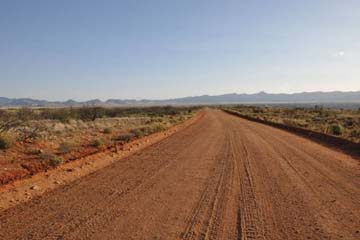 If you journey long enough you will come to the “end of the road.” All souls who take the journey of discovery eventually find that the road leads back to themselves. If they follow the road long enough. After thousands of turns, stops, and encounters, I’ve finally come to realize that the ultimate trip is the journey within.

It had been a long winding road to this place in the desert and in my heart and soul. I had sought this place in books and exotic locations, in people and in religion. But I never really found it.

I thought of the old man, half Apache Indian and half French (and raised as a Catholic) who, along with two other seekers — Anne and Mathew — founded the Peyote Way Church in this remote Arizona desert. There are no steeples, altars, or dogma in this church. In this religion of peyotism the natural universe is the church and peyote the sacrament of choice.

This man, I learned from those who cared for him, had seen his share of death and dying in Europe during World War II and had killed plenty of Germans. At age 17, he grew old well before his time. After the war he became a well regarded artist and potter, a major advocate and figure in the psychedelic spiritual awakening of the 60’s and 70’s and a student of history. But beyond all this, he was a seeker of wisdom and spiritual awareness. 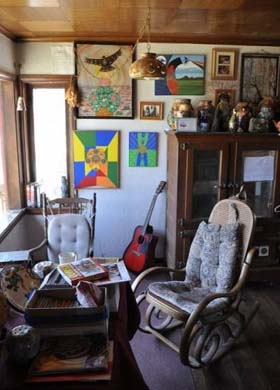 While fasting during the past two days, free from all food and alcohol, I could hear the sound of this man’s breathing machine slowly pumping air in deep, heavy breaths through an air tube that went up into a wall. But I never saw him come out of this room.

The home I was staying in was rustic and warm and the walls were covered with pottery, paintings, and books. There was no TV in this home. Colorful birds fluttered outside the windows and drank sweet water and ate seeds from the feeders. A pot of organic beans simmered in the kitchen.

This homey church was kept alive and tended to by a small and loving family who lived with their cats, dogs, and horses. Matt and Anne began their family after meeting this man and this place while driving the back roads of the Arizona Desert during the mid-70’s. They grew to respect, love, and depend upon each other. The old man taught them the art of making beautiful pottery and growing peyote, while they all taught each other lessons of love and spirituality. During that time, Matt and Anne raised three children.

On the grounds were two greenhouses where the peyote plants grew under the intense sun and affectionate care of the family. A couple of horses roamed the yard and the two big dogs greeted all visitors with sloppy kisses like they were long lost friends.

Earlier in the day, I had sat in a rocking chair and browsed some of the books, such as “Cleansing the Door of Perception”, the “I Ching” and various history books. I had lost interest in food and focused on feeding my heart, mind, and soul. I thought of the old man in the room behind the door now breathing his last breaths of oxygen through a tube.

…his church and the right of its members to use peyote as a religious sacrament remained intact under Arizona law.

I was told that he had come to realize that the fascism he and his dead comrades defeated was reanimating in the America he thought he had saved. He had survived the nightmare of war, with a steel plate in his head and a metal rod in his leg, and for what?

Yet in his final decades he had devoted his life to the Peyote Way Church. He and his family had fought their share of legal battles with the Feds and locals. But his church and the right of its members to use peyote as a religious sacrament remained intact under Arizona law.

I needed to meet and discover the man behind the door. But it was not until the night of my spirit walk under the night desert sky, under the loving guidance and inspiration of peyote, that I walked up to the house from my campfire and knocked on his door.

Next Page
Tagged
Religion United States Arizona, United States
What did you think of this story?
Meh
Good
Awesome