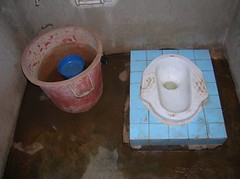 After nearly a year of vagabonding, I returned home for a couple of months to resupply, remind my apathetic cats that I still exist, and to sort through a precariously leaning stack of mail.

When I began to share my world adventures with friends and cubicle dwelling ex-coworkers, I either received blank stares of bewilderment or cold, hard looks of envy.

Like most things, a life of travel has been romanticized into something that unwitting people dream about whenever the going gets rough at home.

The word “backpacking” seems to conjure up images of sexy, adventurous people spending hours doing nothing in sunny and exotic places as they clink .25 cent beers together.

I was no different. I clocked hundreds of hours surfing travel blogs and sites to help keep myself sane while listening to people drone on about “cost initiatives” during corporate conference calls.

Friends still chuckle when I tell them that traveling is not all it is cracked up to be.

A Short History Of Travel

Our ancestors knew the real deal. The word “travel” comes from the old French word “travail” which means to work.

That word, is thought to have come from “tripullare”, which is the three sectioned whip that Roman soldiers used to strongly encourage productivity out of the laborers in their expanding empire. They associated the act of moving from one place to another with hellish torture.

Ask any backpacker what they thought of country X, and they will usually answer “amazing”. What they will not tell you is that behind every story of cultural survival and every picture of themselves with the locals, there is another story of darker roots.

There is an ominous background noise of tumultuous and painful truths that build the foundation for every happy travel story shared with ex-coworkers and family.

I have decided that it is my responsibility to shed some light on the myths of backpacking travel and hit other potential budget travelers on the head with the mallet of truth.

Don’t show your boss some universal sign language just yet, the cubicle might not be so bad after all!

Here were the five most frequent responses I receive when I ask people why they want to travel.

1. You can learn exciting new cultures

The universal cop-out for my question. I can confirm that after spending an entire afternoon on the phone with a support person from Mumbai just to recover my long lost E-ticket, that new cultures CAN be pretty exciting.

Especially when you sit on hold for 45 minutes and get to listen to dueling sitars while furiously pumping your complimentary stress ball.

No it isn’t. Sure, food and rooms in developing countries don’t cost much, but let’s not forget the addictive nature of travel. More than once I have scoured my house looking for items to sell to fund a ticket somewhere.

I have even been eyeballing my truck in the driveway. Forget everyday things like movies and eating out, you will be converting everything that your date orders into Baht, Kip, or Riels and thinking, “Wow – that’s a lot of noodles I could have saved!”

Exotic foods come with exotic bacterias which, in turn, produce exotic intestinal experiences while you stand in a Shaolin monk kung fu stance over a squat toilet for hours.

4. You can see new things

Exactly. Like mosquitoes with disease filled abdomens that are so aggressive they fly in formations and use covert actions to find the holes in your mosquito net.

I have to admit, I would have probably never been treated to that sight in the city.

5. It makes you a better person

This one is true. After crossing the street in Cairo a couple of times, I no longer fear death, and feel that I could make deadly bullets fall harmlessly to the ground like Neo.

Also, I no longer paint a tapestry of obscenities when the train I am traveling on breaks down. At least it was climate controlled, didn’t smell like 10,000 unwashed feet, and I was never once asked to ride on top due to overbooking.

Now time for my disclaimer:

In case your brain has been numbed by too many Thai buckets or the infection oozing from your native bamboo tattoos, this article was only a fabrication.

The author firmly believes you should travel (but make sure you ask him before a long trip, not after).

This article was originally published on Start Backpacking. Reprinted with permission.

What did you think of this article?
Meh
Good
Awesome
Bookmark
Posted In
Budget Travel

The best Black Friday and Cyber Monday travel deals of 2019