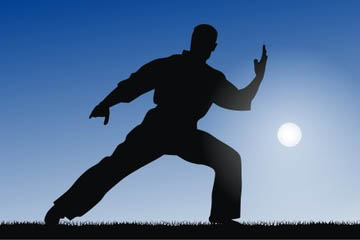 Be wary of logical fallacy.

Travel is about moving beyond what’s familiar and into foreign territory.

Though the experience is more pronounced in jetting across borders, entering terra incognita can happen every day – striking up a conversation with a stranger, taking a different route to work, several days of rain turning your neighborhood into a lake.

All of these involve crossing boundaries of comfort for the “undiscovered country” beyond.

When your landmarks for reckoning are suddenly turned upside down, or everyone around you is heading in a direction you know is off-course, how do you get your bearings? What is your basis for making a reasoned decision?

Seeing the situation clearly is key to navigating the unknown. All travelers need to arm themselves with the intellectual tools to understand and deflect poorly constructed arguments.

Before you go storming the Himalayas in search of enlightenment, consider a slight detour to the kung fu training grounds for a class in Logic 101.

Many think of logic as “that required course I could barely stay awake in.” The good news is that logic is much easier than most suppose, depending on how you look at it. The bad news is that it’s not always easy to practice.

The trick is to stay awake: sort fact from nonsense, watch for deception, look ahead to the next step, don’t get taken. When you get to a point where you can’t confirm a sound premise, use logic to “assert, deny, propose and refute.”

Most classes in logic start at or near the timeworn example of:

This is already beginning to sound like math somehow. Building a clock from scratch seems a little dry, without having seen one that’s already running.

What you need are some sturdy examples of logic in action. So, here goes: the fallacies.

You’ve got two kinds of fallacy: formal and informal. A formal fallacy means the argument itself is bad because it wasn’t “built” properly. Like this: 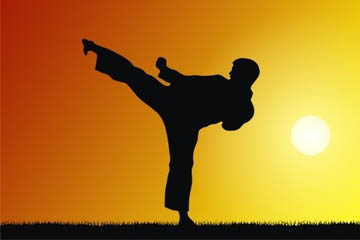 Attack fallacies at every turn.

This is called an appeal to probability. While likelihood exists for becoming the victim of a crime, it’s not certitude.

In fact, you won’t know the real potential until you start comparing numbers to each other: total number of travelers, region or nationalities in question, motive for the attack, etc.

The flaw is in the structure, not the proposition: “possibly P, therefore P.” But there is enough room in probability that an attack won’t happen, so the argument is not completely valid.

“If you’re not staying at a four-star hotel with air conditioning, a swimming pool and 500 channels, you’re having a crummy trip.”

Did you spot the flaw? It’s hidden, so let’s try a converse example:

“If you’re not sleeping in a tent, scrounging your meals at the complete mercy of the elements, you’re having a crummy trip.”

This one’s called a false dilemma. A dilemma, no matter what you’ve heard, is a troublesome choice between two and only two options. Creating a false dilemma assumes that no other choice exists, when in fact there may be a whole world of possibilities.

Travelers looooove talking about the so-called Traveler/Tourist Distinction, because there’s no other way to enjoy yourself other than the terms which provided them with their life-changing experience. Clearly, that’s not so.

Don’t feel bad if you’ve been zapped by this one – it’s quite common of late. Consider one of the most well-known examples, from one George W. Bush: “Either you are with us, or you are with the terrorists.”

One last formal fallacy. The next one is the nirvana fallacy.

“I wouldn’t mind practicing green travel, but what’s the point? It won’t completely eliminate global warming, so screw it.”

Nirvana fallacies are failures of comparison between the realistic and the unrealistic. Very similar to a false dilemma, it reduces a more complex argument into a simplistic one.

You are not yet mighty, grasshopper. There are a few dozen formal fallacies, and slightly more informal fallacies – and it must be stressed, “as you practice, so shall you progress.”

Simply being aware of the fallacies isn’t the same as proficiency. Logic is how it’s combated, and the only way to accrue skill is to look for strong arguments or where they falter.

It’s not about being skeptical, but cautious. “Sort fact from nonsense, watch for deception, look ahead to the next step, don’t get taken.” Have you so quickly forgotten, pupil?

Have you ever felt like you were pressured to go someplace or do something “illogical?” What are some travel decisions you’ve made that “seemed like a good idea at the time?” Share your thoughts in the comments!