It was after a coked up 13-year-old arrived at the agency with dark circles under her eyes and a boyfriend 10 years her senior that I had my final wakeup call.

I could no longer do it. I looked at myself. Emaciated body. Controlled life. Negative thoughts. And the fact that I worked in an industry that encouraged an innocent youth to have a thriving modeling career despite a shrunken appearance and unhealthy lifestyle.

It wasn’t like I hadn’t heard stories of this nature before entering the fashion world. I had. But, I considered myself smarter and stronger. I thought I could maintain control. I had stayed out of trouble in high school. I was a student at McGill University. I had thick skin. I was capable of deciphering good from bad.

Except that I wasn’t.

I had dreamed of being a supermodel from the first time I was scouted, at the age of 13. It was at the Calgary Stampede, a 10-day rodeo and carnival extravaganza, termed, “The Greatest Outdoor Show On Earth.” It’s a haven for model agents. Thousands of youth from across the country parade across the concourse in summer attire, eating cotton candy and mini-donuts.

From that day I continued to be approached by modeling agents. At the grocery store where I worked as a cashier, the mall, the airport and even at a home expo. My five-foot six, ninety pound frame and size 10 shoes hinted that I had the potential to fulfill the strict criteria of a size two model, once I grew a couple of inches.

When I finally got my braces off, I was five-foot nine and a 110 pounds, a perfect specimen for the modeling world. I hit Toronto fashion week for the first time when I was 16.

I modeled casually for a few years, flying to New York during the summer to work. My first trip to Singapore convinced me that I needed to get a university education. I lived with a 15-year-old high school dropout and 22-year-old models who were telling clients they were 18 in order to book more jobs. I discovered that a modeling career was precarious.

At the end of my first year of university, my agency in Paris told me I was on option for Italian Vogue. Although I had a stable summer job lined up at home to help cover my tuition, I thought that if I didn’t pursue this opportunity, I would regret it for the rest of my life. I never wanted to be the person who said, “What if?” 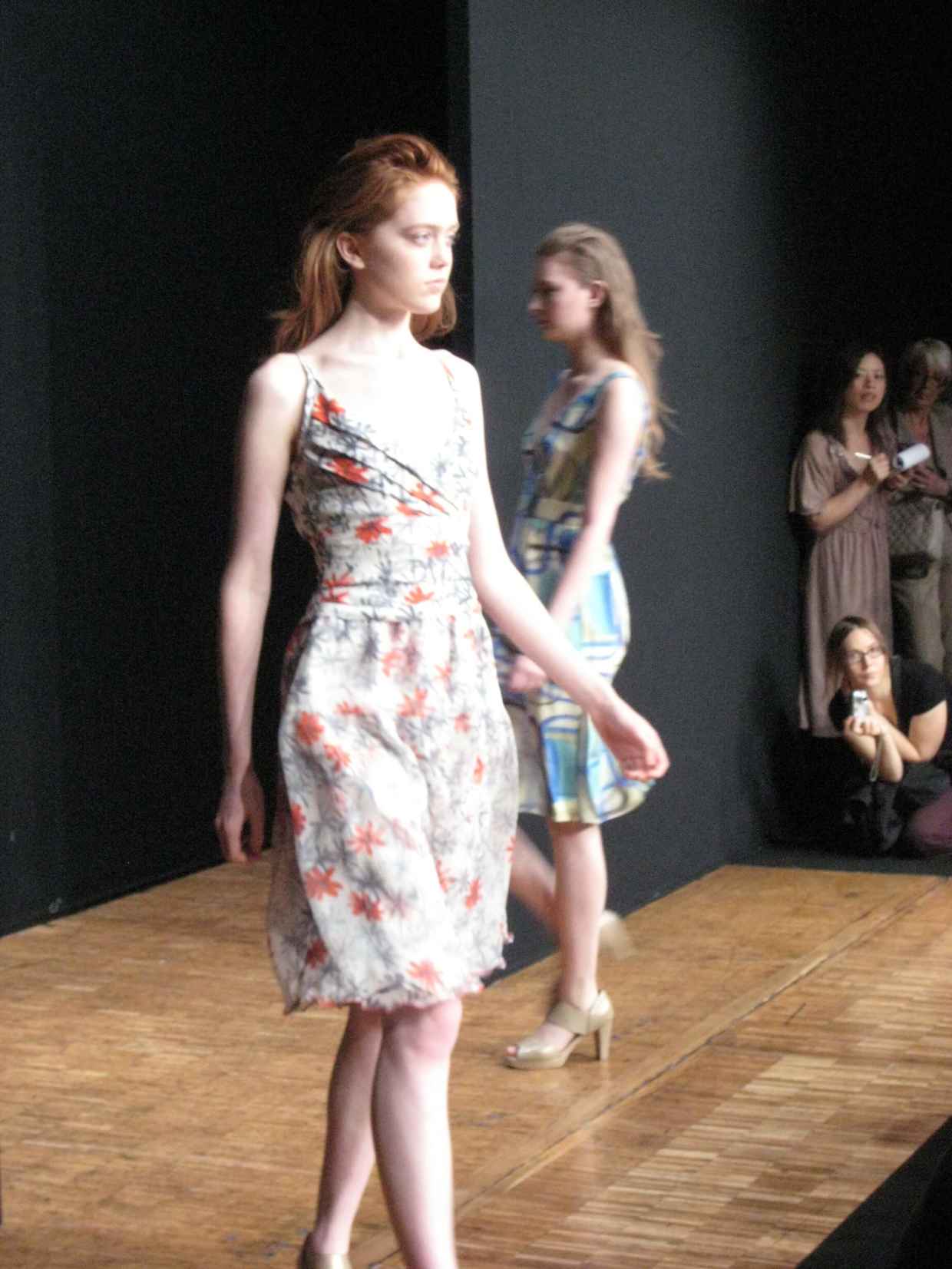 At fashion week in Paris.

And so I ventured to Paris, which acted as my base while I walked the runways of London, Milan and Tokyo. I shot for Italian Vogue twice. I was featured in advertising campaigns and on billboards. I attended castings for Chanel, Dolce and Gabbana, Prada and other top brands.

It was all immensely intriguing, like a movie that was in fact your life. Watching as a bystander, peering into this world to which few had access.

I thought I could be immune to what I saw and experienced. That I could be a passive participant. But being immersed in any environment doesn’t leave you unscathed. Ultimately, you are impacted in one-way or another, despite your conscious intentions.

Everything just kind of crept up. There was so much to take in. The new cities and countries. The celebrities and royalty. The VIP clubs. The photographers. The creativity. The hair and makeup transformations. The new friends from around the world.

The mystique of photo shoots fell away. It was no longer glamorous to have someone yanking and tugging at my hair for hours each day. Or to force my feet into shoes three sizes too small. Or to be repeatedly asked to shoot topless, despite constant rejection of the idea. Or to be so hungry that somehow I found myself in a patisserie shoveling three pastries down my throat.

I also began to see myself as a perpetuator of an international epidemic of negative body image and self-esteem. I thought about my friends from high school who had developed eating disorders and still hadn’t recovered. I didn’t like that I was an active participant in creating widespread depression.

This was the grand deception. According to the media, all models are happy and glamorous and successful. Apparently life reaches its pinnacle once you are on the cover of a magazine or walking down an international runway.

However, the girls I lived with were all unhappy. The majority of models I knew were just pretending. The smiles weren’t real. Smoking packs of cigarettes a day and consuming cans of diet coke. 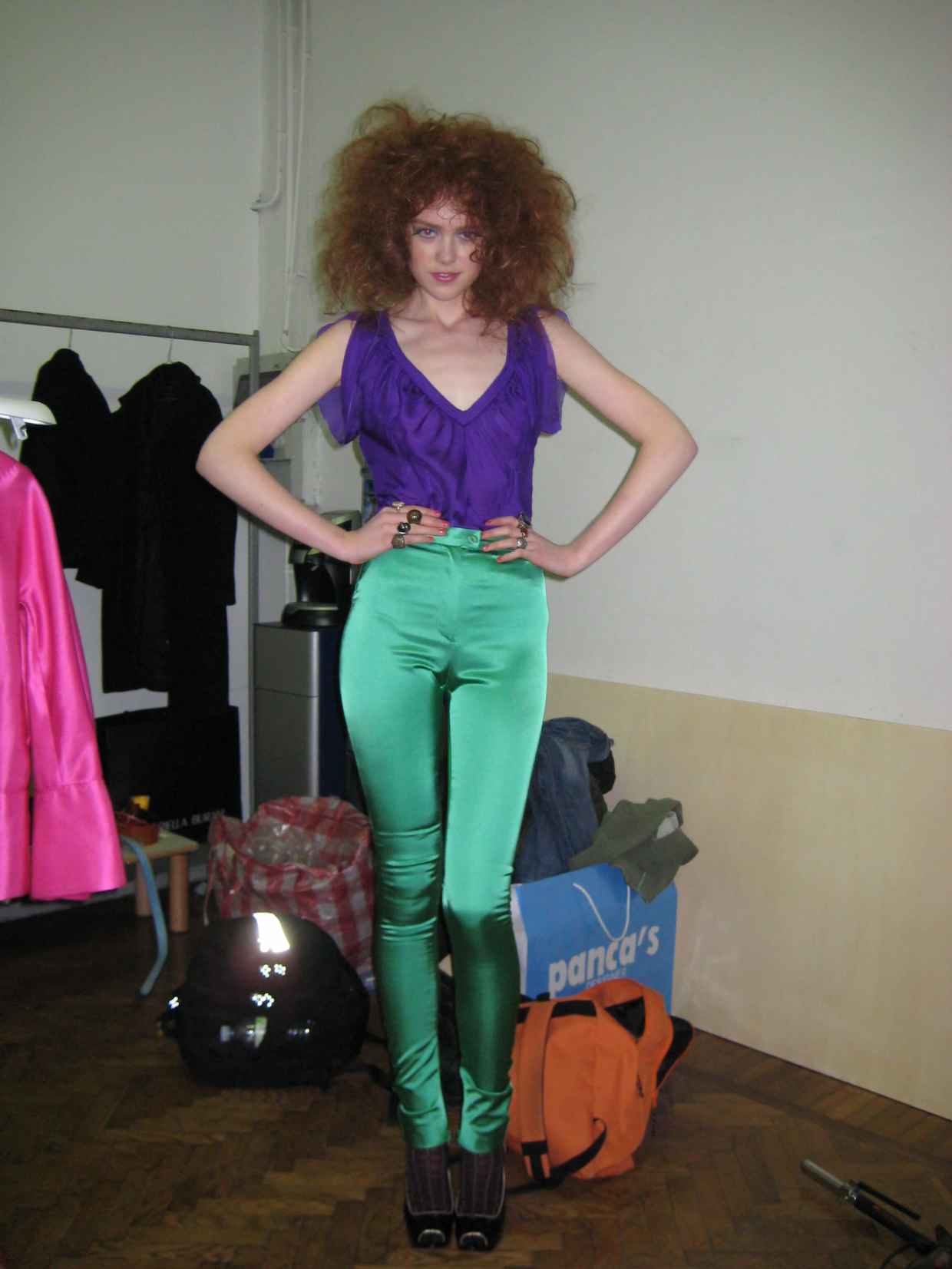 Behind the scenes at a photo shoot in Milan.

We wouldn’t talk about the fact that none of us had gotten our periods in months. We pretended to ignore the clumps of hair falling out in the shower of our grungy, overcrowded apartment. And our bruises formed as a result of extreme anemia. One model ate just 300 calories a day – a spread of peanut butter on rice cakes acting as her main sustenance.

Everyone had made big sacrifices to be here. Some had dropped out of high school. Others had parents relying on their modeling income.

However, after I saw my fellow model, the 13-year-old, steadily lose her wide-eyed innocence, I reflected on the reality of what my life had become. How I felt, and all of the emotions I had repressed to make it to this point of my life.

I decided that this was not who I was. I had the ability to pull myself out and to choose differently.

And that’s what I did.

I finished my contract in Tokyo. I picked up my stuff in Paris. And then I moved home with my parents to earn money to return to university in the fall.

I ignored the calls from my agencies. And declined the job requests. I stopped maintaining my required 35-inch hips. I just kept saying no.

As a form of detox, I rejected everything my life had been. I stopped blow-drying my hair, using makeup, and started wearing the same shapeless clothes every day. Usually jeans and a baggy T-shirt. I didn’t want to engage in the fashion world whatsoever.

I had difficulties with relationships. I didn’t feel like “myself” for years. I had repressed so many emotions and natural tendencies because I couldn’t allow myself to feel them and keep doing my job as a model.

I also had difficulty eating. When you consciously monitor every morsel of food that enters your mouth, your relationship with nutrition changes. It took me a long time to get over restrictive patterns. Years, in fact.

My college roommates didn’t understand my vegan diet, or when I started eating raw eggs every morning. Sometimes I would find myself scarfing down nearly a half dozen donuts from the bakery.

However, I had decided that my modeling life wouldn’t define me. That I could create a life filled with those things I actually wanted. Which wasn’t easy. Because when you live with an ingrained lifestyle and mentality for a period of time, it’s difficult to get out of.

I decided I would only choose those things that I was passionate about. In university I switched majors. I joined the rowing team. I ran a youth literacy program for the underprivileged.

And after graduating, I explored various careers including politics, headhunting and yoga. I joined the boards of non-profits including the Friends for Life Foundation and the Shoebox Project, raising funds and awareness for cancer, cystic fibrosis and women’s shelters. I backpacked solo across India for four months, attending two Indian weddings and a soup-making lesson with a Tibetan monk. 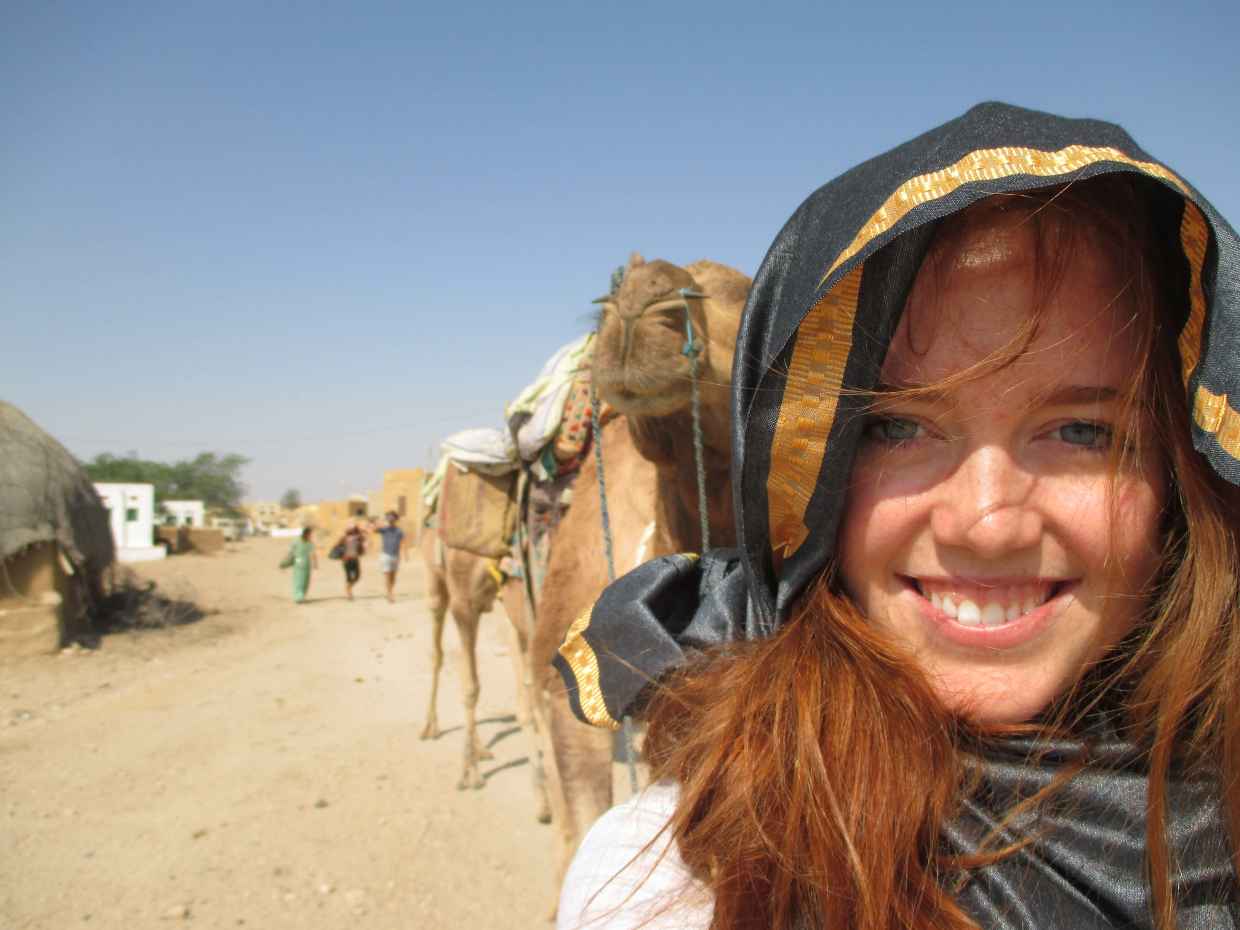 The life of a model, it seems, is something many in society aspires to obtain and emulate. Many people asked, “But why did you give up your modeling career?” As if it was the cherry on top of the cake of my entire life.

But to be honest, my modeling career made me the most unhappy I have ever been. The fact that my career revolved around monitoring every aspect of my life to maintain a very specific appearance, and standing silently in front of photographers and designers for the purpose of making others desire what they can’t have, was entirely unfulfilling.

My life post-modeling has far surpassed my time spent in the fashion world. There are about a trillion things more important to do with our limited time on this earth than perfecting appearances to embody unrealistic beauty standards. Like building stronger relationships with those you love. Or furthering your education. Or pursuing what seems to be an impossible dream. Or helping others.

For me, it’s important to share the story of what life as a model is really like. The more media literacy society has, the more we can reduce the impact unrealistic images have on the general population, as well as fight for a more diverse range of individuals to be represented in the media. Because with knowledge comes power, as well as the ability to make significant positive changes in our world.

This article was originally posted at xoJane and has been re-posted here with permission.