YOU’RE WALKING DOWN a city street. It’s late, and you just want to get to the subway station and get back to your hostel for the night.

Suddenly, a man bumps against you, reeking of beer. Seeing you’re a tourist, he asks where you’re from and enthusiastically offers a handshake.

He pulls you closer to him during the handshake and, being drunk, stumbles and leans against you in a momentary lapse of balance. He then apologizes and walks away.

Did you see when he reached into your pocket and took your wallet?

In my travels around Europe and Asia, I’ve almost been pick-pocketed, scammed, and was even once, in Beijing, held at knife point.

Did you see when he reached into your pocket and took your wallet?

These incidents were what motivated me to get more familiar with the underground trade. If I was to continue my travels, I was bound to run into more of these people, and my luck would not hold out forever.

I decided to learn the skills of a pick-pocket. Through a friend, I managed to become the student of a magician specializing in prestidigitation (sleight of hand) and pick-pocketing techniques.

The following are my tips to help you better your odds on unfamiliar streets.

For the sake of this article, a “mark” indicates a victim and a “target” indicates an objective, be it a wallet, purse, jewelry or camera. 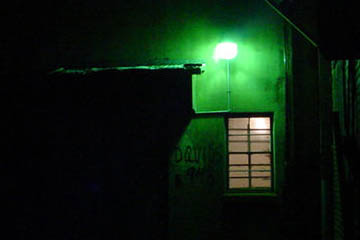 The first thing any pickpocket must master is the ability to determine the location of the target. For ladies, a handbag is the obvious choice, and for men, the inside jacket pocket or back pocket is most common, so try to avoid keeping important things in such places.

The inside jacket pocket, though more difficult to access, bulges easily and is a dead giveaway. Be careful when putting something in the jacket pocket because the weight makes it sway, giving away its location.

Baggy clothes are good for concealing lumps and bumps. Try to keep these in mind when picking your attire for a trip or a night out.

Many travelers use backpacks, especially when touring around Europe. But backpacks are super easy to access.

I recommend using a light satchel instead. A satchel is easier to be aware of, because you can position it to the side or in front of you.

Satchels are lightweight and packable; I usually pack one into my backpack and use it as a day-bag while I’m exploring, leaving my big pack in the hotel or in a locker.

Keep a thin card in your pockets

The most common pick is done by lifting the lining of the pocket to bring the target to the hand; this is called “reefing”.

Reefing keeps contact to a minimum and makes a much quicker retreat possible. Putting a semi-rigid card (a name card or a tag does nicely) in the pocket can obstruct the lift, giving you more time to notice the pick before they get away.

When traveling, it’s common to slow down and take in all the sights. You’ll want to linger in places and take your time.

While enjoyable, meandering makes you stand out to pickpockets. An easy way to solve this is by walking with purpose. Even if you don’t have a destination in mind, act like you know where you’re going – this makes you a less desirable target.

Be especially careful to walk purposefully when in a popular tourist location.

Locals are often hospitable to travelers – sometimes overly so. If a stranger is quick to greet and anxious to get near you, try to keep a hand on your belongings. A theft often starts with a handshake that lasts too long, which allows the thief closer access to you.

One of the most common tricks pickpockets use is to wear a uniform to gain trust. In Asian countries especially, pickpockets may dress up as police officers and become real friendly with tourists while an associate makes the lift.

Be mindful of these confrontations. Also scrutinize over-friendly children and seniors because they generate much more trust.

Please take this last piece of advice with a whole pile of salt because I do not want to encourage violence.

Remember that it’s very uncommon for a pickpocket to engage. The are usually unarmed. If you catch a thief in the act, you can choose to confront them directly, or just alert the police as soon as possible.

The example in the beginning of this article was not something I made up. It really happened to me.

I was in London and was heading back to my hostel at night when a man came from behind and greeted me. He acted as if he was drunk and quickly reached for a handshake which I mistakenly accepted.

I was defenseless. If the thieves had pulled weapons, I don’t know what I would have done.

Of course, he did not let go and immediately got up close and physical against my body, pressing his whole chest against mine to hide his arm that reached behind his back and into my pocket.

I was lucky enough to notice the lift with my peripheral vision. I confronted him, but he denied everything, and immediately another man came out of nowhere and walked behind the original thief, who made a pass.

I then confronted the second man, who eventually took my wallet from his back pocket, flung it down on the street and scurried off. They managed to get a few bills, but nothing large was taken.

My London experience was an extremely lucky stroke. I was defenseless. If the thieves had pulled weapons, I don’t know what I would have done.

Your life isn’t worth your wallet.

Have you been the victim of pickpockets on the road? Share your thoughts/stories in the comments!