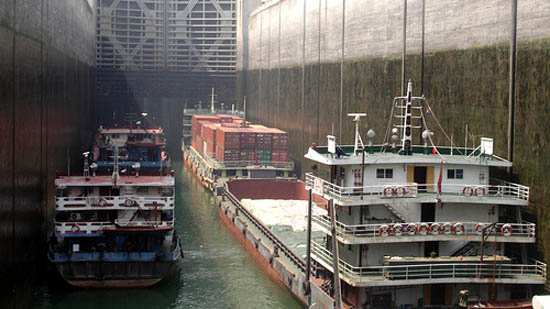 Feature photo by ksbuehler. Photo above by TimS

According to the Worldwatch Institute, the water is not safe to drink in many areas of China.

Industrialization has polluted many lakes and streams, resulting in chemical pollution and increased algae blooms. Algae blooms also contribute to fish die off by chocking off the oxygen supply that aquatic life needs to survive.

China is experiencing an increase in dust storms. Dust storms can spread as far as North America from China and these storms can become deadly when they pick up airborne toxins from factories. Lester R. Brown of the Earth Policy Institute cites over-plowing and overgrazing as contributing causes of the desertification process.

Untreated sewage is being dumped into surrounding estuaries, creating a surplus of red phytoplankton. Red tides are becoming a common ocurrence in China, killing off marine life and adversely affecting the surrounding coastal communities. Toxins from this algal growth make seafood unsafe to eat.

Because of poor (or no) usage of insulation, Chinese buildings require twice as much energy to heat or cool as those in similar climates in the US or Europe. The World Bank states that 95% of these buildings do not meet meet China’s own codes for energy efficiency.

According to Wang Tiehong, chief engineer of The Ministry of Construction, 30% of China’s total energy consumption is used for building infrastructure, such as new residential or shopping areas. 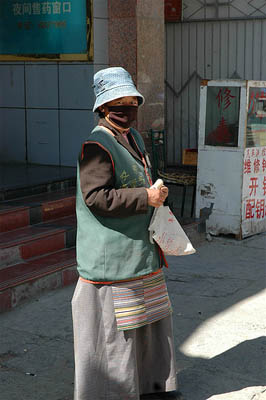 Chinese infrastructure is increasing at an astronomical rate of growth. China added 66 gigawatts of electricity to its power grid in 2005, according to the The New York Times. That’s about as much power as Great Britain generates in an entire year.

6. Heavy industry plants do not operate efficiently or control pollution as adequately as factories in other parts of the world.

Another study done by the World Bank in conjunction with the State Environmental Policy Act, or SEPA, the national environmental Agency, concluded that 350,000 to 400,000 premature deaths are a direct result of outdoor air pollution.

7. Three Gorges Dam on the Yangtze River is triggering landslides.

With the degradation of the Yangtze River, entire ecosystems may are altered or destroyed. The Times Online reports that geologists have found banks are weakening as a result of water seeping out of the reservoir and the huge pressure changes that occurs during drawdowns of the dam.

A Chinese official noted that the reservoir shore had collapsed in 91 places, affecting a total area of 22 miles. Algal blooms are accumulating downstream from the Yangtze. 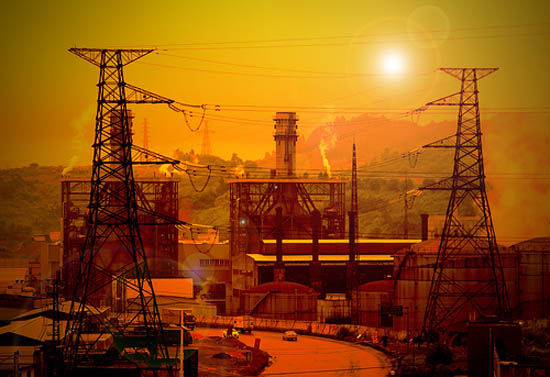 The International Energy Agency predicted that China’s carbon emissions would not reach those of the United States until 2020.

The agency now states that China overtook the US in emissions growth in 2007. China is the world’s second-largest consumer of oil after the US, and uses more coal than the US, the European Union, and Japan combined.

After an extensive six week survey of the mammal’s habitat, scientists now believe that the 20 million year old Yangtze river dolphin is now extinct. The BBC News stated that the team of scientists thinks that unregulated fishing was the main reason for its extinction.

10. US firms are driving pollution in China.

According to Jane Spencer of the Wall Street Journal, US firms are helping to drive the current environmental degradation in China. By demanding lower prices on products, manufacturers are forced to reduce environmental safeguards in order to compete internationally.

As an example, she states that prices on fabrics and clothing imported from China to the US have fallen 25% since 1995.

What You Can Do/ Community Connection

Support local and international organizations promoting awareness of and remedies for the current industrial environmental degradation of China. Matador is affiliated with The Green Camel Bell, a non-profit located in Lanzhou, China, which focuses its efforts on environmental conservation, activism, youth development, and education. On an international level, Oxfam International works to fight poverty and injustice.

Tagged
Sustainability China
What did you think of this story?
Meh
Good
Awesome

Flights to nowhere are growing, and they’re an insult to the planet
Stay overnight in a fire lookout tower for a sky-high wilderness escape
The most amazing beaches in Kauai you’ve never heard of
For the perfect day of hiking and Colombian coffee, head to Jardín
How climate change will alter chocolate as we know it

How climate change will alter chocolate as we know it

Airbus says it will make hydrogen-powered, zero-emissions airplanes by 2035