Below you’ll find ten of the world’s most precious endangered species and some interesting facts highlighting the urgency with which we should protect them.

The U.S. Fish and Wildlife Service lists 1237 endangered species. The following ten species are key because of their roles in the ecosystem and and dangerously low numbers. 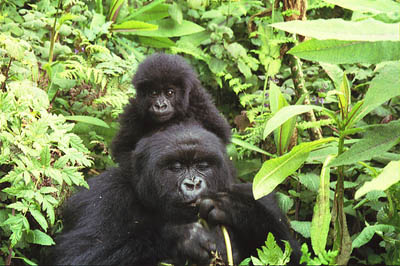 Africa’s mountain gorilla (Gorilla beringei beringei) is the largest and most powerful primate, but is very peaceful and sociable,
despite their portrayal in movies such as King Kong and Tarzan.

Gorillas are our closest relative after chimpanzees with an almost 98 percent DNA match. The remaining 600 individuals face habitat loss through deforestation, poaching, circus use, effects of political unrest, and human diseases such as measles.

Once prevalent throughout the southeastern U.S., the Florida panther (Puma concolor coryi) is now restricted to south Florida. Cities and farms dump pollutants into waterways that feed the Everglades, an ecosystem that occurs nowhere else on earth. To boost numbers and prevent inbreeding among the remaining 50 individuals, humans bred the Florida panther with the Texas panther resulting in a genetically different hybrid. 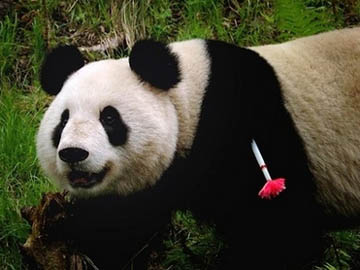 China’s giant panda (Ailuropoda melanoleuca) habitat is situated at the top of the Yangtze Basin, one of the world’s most critical regions for biodiversity conservation. Because of their notoriously low sex drives, captive pandas are shown pornographic videos to encourage mating. After more than a century of debate, recent DNA analysis concludes that the giant panda is more closely related to bears than to raccoons.

The ancient beluga sturgeon (Huso huso), while persisting for over 200 million years, may not outlast current threats. Its caviar is one of the world’s three most expensive foods, selling for over $100 dollars per ounce and encouraging illegal trade and poaching.

Dams along the Volga River block migration from their breeding ground to the Caspian Sea. Historically, Belugas lived for 75 years, weighed more than 2 tons and grew to 28 feet in length. Now, the typical adult is younger than 18 years old and weighs only 77 pounds. 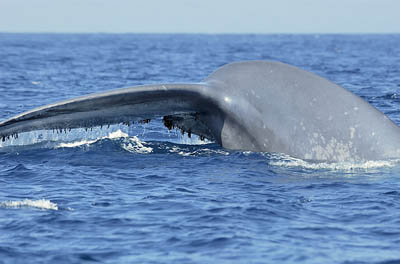 Antarctica’s blue whale (Balaenoptera musculus) is the largest creature on earth. The largest terrestrial animal, the African elephant, could stand on the whale’s tongue. UV radiation through a hole in the ozone layer depletes its food source, zooplankton. The blue whale is the loudest animal on earth, using low-frequency rumbles to communicate across hundreds of miles of ocean. Click here to listen to its call. 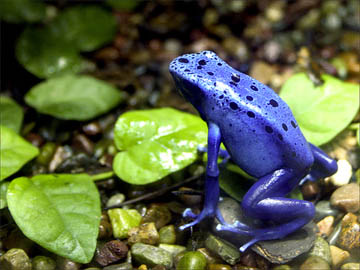 The blue poison dart frog (Dendrobates azureus) is one of the most brilliantly colored animals on the planet. Humans harness the poison as a potential ingredient in painkillers and the indigenous Chocó peoples of Columbia dab it on blowgun darts for hunting. The tiny frogs inhabit South American rainforest, which is disappearing at a rate of four football fields per minute.

The ancient southern cassowary (Casuarius casuarius) is a helmeted flightless bird in Australia’s Wet Tropics. As voracious fruit-eaters, they spread seeds, regenerating the rainforest in the face of deforestation. Even though the large birds weigh 130 pounds, they fall prey to non-native feral pigs, which were also responsible for the extinction of the dodo.

The loggerhead turtle‘s (Caretta caretta) habitat extends through many countries, requiring international cooperation and treaties. Despite requirements to install turtle excluder devices on fishing gear in some countries, turtles continue to die as bycatch in countries without such measures. Pacific loggerheads migrate over 7,500 miles from their nesting habitat in Japan to their foraging habitat off the coast of Mexico. 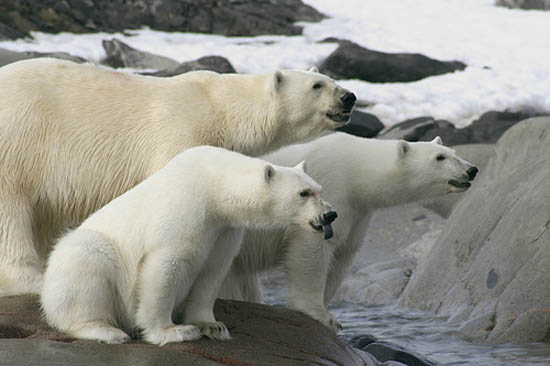 The world’s largest terrestrial carnivore, Arctic polar bears (Ursus maritimus) are threatened by global warming. They must fast longer in the summer due to melting sea ice. In 2007, the U.S. Fish and Wildlife Service proposed to list the polar bear as a threatened species under the Endangered Species Act. As of May 14th 2008, the Polar Bear was listed on the ESA. The decision was crucial as 29.7 million acres of the Chukchi Sea, which supports polar bear populations, are set to be opened to oil and gas activities.

Elkhorn and staghorn coral (Acropora palmata and A. cervicornis) are the first species to be recognized as threatened by global warming. The new status provides leverage in future fights against threats to other habitats from global warming. Coral reefs provide habitat for thousands of species of fish.

What can be done?

Through pollution, habitat degradation / depletion, and worldwide environmental impact, humans are largely responsible for the extinction and endangerment of species. Thus it is humans who can help preserve animals and habitat by changing behaviors.

Ride your bike. Join your local Audubon chapter. Create backyard wildlife habitat. Write to your representatives. When corporate behavior cannot be changed by legislation, use your consumer power to boycott. The best approach to conserving wildlife is to conserve habitat. Keeping “common species common” prevents wildlife from becoming too rare and costly to restore.

Aspen Snowmass raises the bar on ski resort sustainability. Who will follow?

How to eat salmon without hurting the environment

This English soccer stadium will be made entirely of sustainable timber