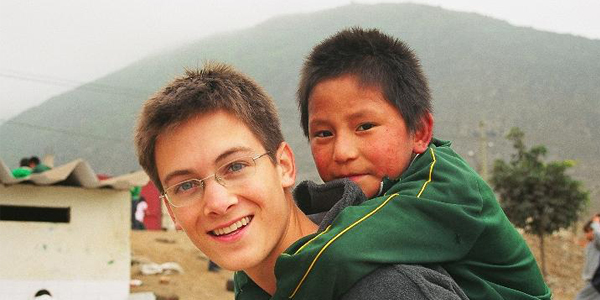 Photo above by Cross-Cultural Solutions.

10 simple ways travelers can make a difference in others’ lives while seeing the world.

WE’VE ALL HEARD about the importance of sustainable tourism, ecotourism, voluntourism and a multitude of other buzz worlds that help locals benefit from travelers. But as individuals, it can be difficult to believe we’ll ever be in a position to really make a difference.

However, we never know where tomorrow may take us. The stories and examples below show how one traveler can make a difference. There is no reason why we can’t–why you can’t–change the world. Read on.

Ellin Yourgsen was enjoying her break in Thailand when the tsunami hit on December 27, 2004. She gave up the rest of her gap year travel plans to help out wherever she could.

From helping in the removal and burial of bodies to building temporary shelters; she was just one of tens of thousands of travellers who gave (and are still giving) anything they could to help those who needed them most. 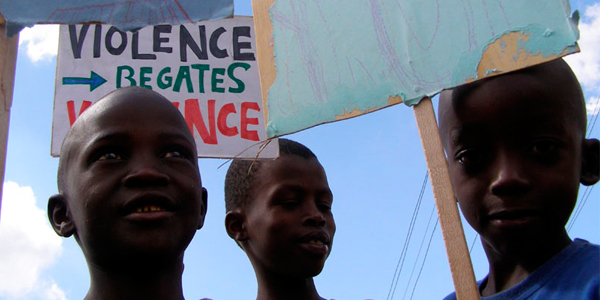 In Africa alone 6,000 people die of AIDS each day; that’s more than the combined total of deaths from war famine and natural disasters.

Volunteer on sex education projects and you’ll be helping to alleviate one of the biggest issues facing humanity in the 21st century. If this doesn’t appeal, simply give out as many condoms as you can afford (while keeping back a plentiful supply for yourself, of course).

What better way to link two different cultures than to get married. Jasmine Avissar, an Israeli Jew, and Osama Zaatar, a Muslim Palestinian, have truly bridged the gaps of a cultural and religious divide since meeting in Jerusalem in 2004.

Sadly, not everyone has welcomed the union between these two bitterly divided states, yet if one can start, could others follow? 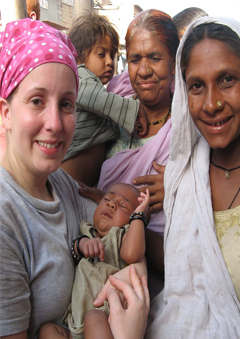 Photo above by locket479.

Matt Harding loved travel so much he danced for his entire journey (well, kind of). His loosely termed ‘music video’ has shown the world to millions and opened people‘s eyes to the wonders of the world.

Whether this has had any benefit to the international community is questionable, but another person’s travel videos have never been so entertaining.

When Charles Darwin stepped onto the Galapagos Islands in 1835, he was a young man part way through a world voyage. The species he saw on the islands and from future explorations led him to develop his ideas on natural selection and evolution.

Twenty-three years after his first voyage he published The Origin of the Species, a text that revolutionised our thinking on the world.

The very basis of helping and volunteering relies on a person sharing something with another, whether that be time, a particular skill, material goods or something else.

Gary Myers, a trained doctor, left his home in Oklahoma to help victims of election violence in Kenya. He faced a daily barrage of extreme injuries-most caused by machetes-inflicted by those with opposing political views.

Many would have lost limbs and sometimes their lives, were it not for his extensive training.

Rosie Swale-Pope, who is 52 years old, is currently running across the UK in her last leg of a run that has crossed Europe, Asia and North America- she is expecting to reach the finish line in the middle of August 2008, having raised thousands for various international charities.

Shortly after the fall of Communism in Eastern Europe, David Savage was so moved by the state of Romania’s orphanages that he moved there to help: setting up a small team of volunteers and later building a school, community centre and holiday home to give these under privileged children, many whom are HIV positive, a brighter life.

He was awarded an MBE in 2003 and still continues his work in the small town of Cernavoda, south east Romania. 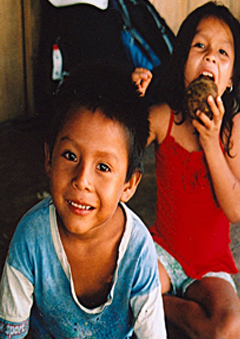 Photo above by Island Spice.

The destruction of the world’s rainforests- ‘the lungs of the world’- is one of the greatest threats to our natural world. 25% of western medicine is derived from rainforest plants and we can only guess what cures still lie hidden.

With 50,000,000 tribal people still estimated to live in the world’s rainforests, the need to preserve their world and way of life has never been more apparent.

One billion children (that’s half the world’s children) live in poverty and around 30,000 die each day because of that poverty. In comparison, the travel industry is expected to generate almost $7 trillion this year alone.

Tagged
Activism Volunteer Sustainability
What did you think of this story?
Meh
Good
Awesome

The best island in the Caribbean for every type of traveler
9 tart and sweet traditional lemon desserts from around the world
15 creamy, fruity, and indulgent ice cream styles from around the world
By rejecting international students, will Trump ruin US universities?
Diversifying the lineup: changing the white face of surfing