The Bosawás biosphere reserve is the second largest rainforest in the Western hemisphere after the Amazon. It’s also home to some of the only indigenous populations left in Nicaragua.

Within this reserve, the CREA center (Culture-Resilience-Education-Arts) believes in developing environmental consciousness through education and art. They built a community cultural center from scratch using local and renewable materials, and now offer free workshops in music, art, capoeira, permaculture and yoga. Workshops are run by “resident teachers” that volunteer and commit to a minimal amount of time. The members of the center, also known as ‘fellows’, are mostly local youth who work predominantly in agricultural activities, seasonal coffee harvesting, community-tourism, reforestation, water protection and conservation projects. 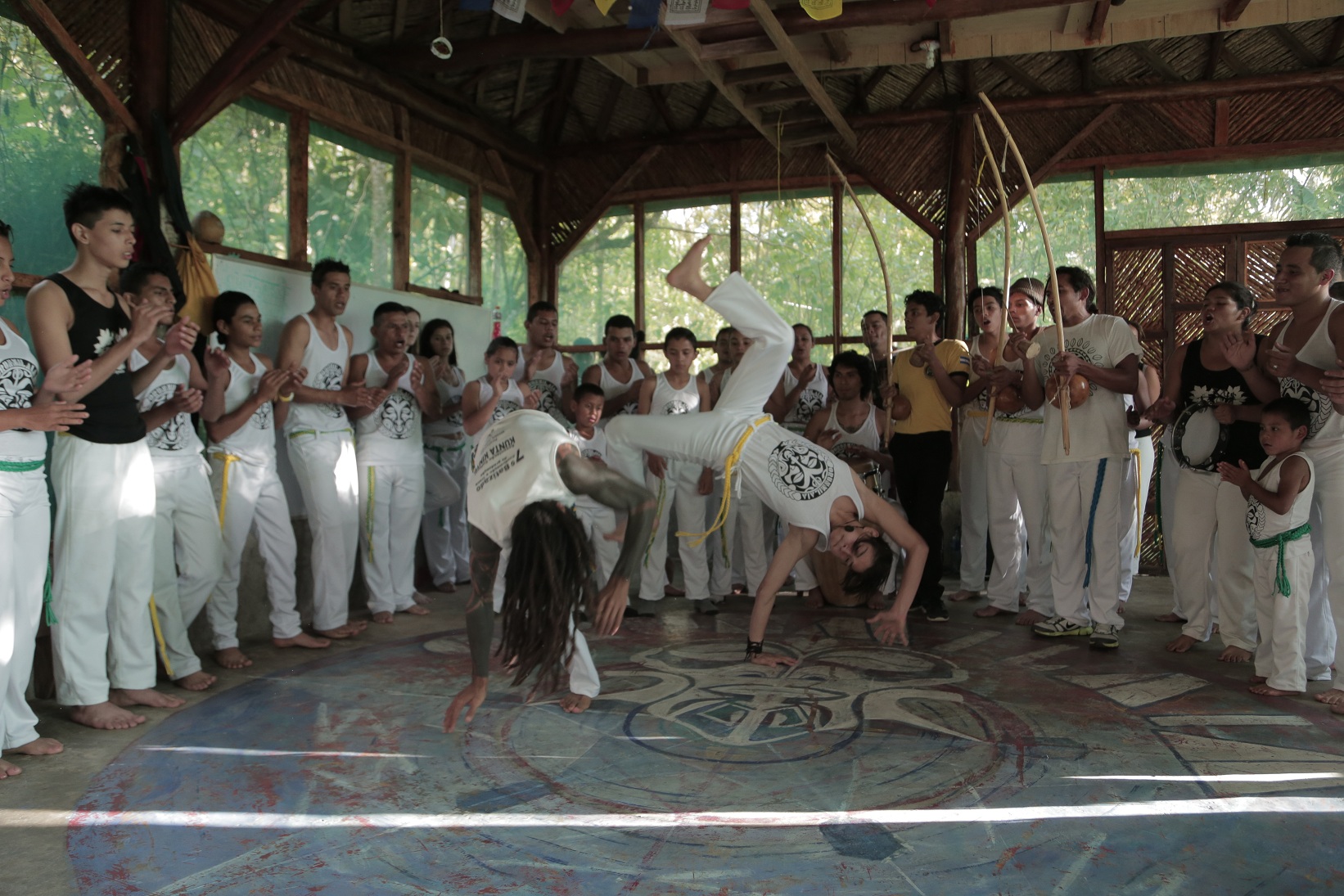 It’s the first cultural center in the region, and over time, it’s become a valued space in the community. Since its inauguration in 2013, they have completely reforested over 5 acres of forest, hosted 5 concerts with top bands from around the world, and even created the first indigenous music studio album ever recorded in the middle of the rainforest!

In the near future CREA plans to further establish their volunteer system, expand their current organic production and continue tackling the many other challenges the reserve faces today. 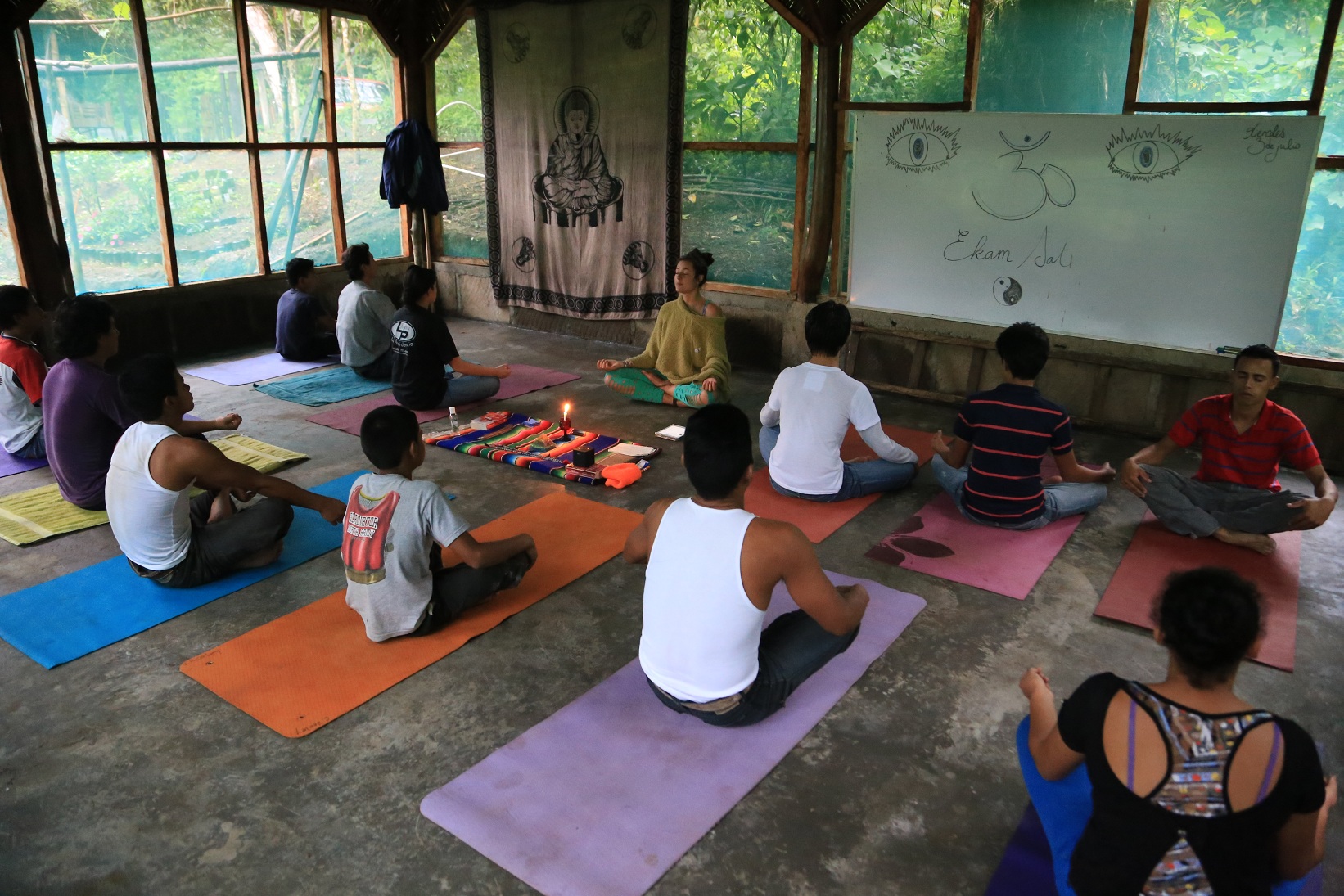 If you want to contact and know more about CREA or offer a skill as a volunteer, check out their website: http://www.creabosawas.com/

At high tide, Jiquilillo has one of the best untouched breaks in Nicaragua, with elite surfers from all over the world visiting for a chance at it. However, for locals, the town struggles to keep many Jiquilillo children in school. Families confront financial obstacles to obtain uniforms, supplies, and transport to school and then rarely trust that an education will be worthwhile.

To address the issue, Puentes de Esperanza provides educational programs for the small fishing village and its surrounding areas. Their afterschool program, ‘Kids Club’, has international volunteers leading extracurricular activities such as art projects, sports, English and computer classes, and more. They also built a lending library, one of the few in the area, where members of the community have access to approximately 300 Spanish language books for varying ages and reading levels.

Puentes de Esperanza have also carried out other projects such as digging wells, installing latrines and electricity at schools; as well as providing supplies, books and teacher assistants to classrooms. Additionally, they’ve created a scholarship program to primary and secondary school students that can’t afford clothes, transportation or supplies’ costs for schools.

Over the next 3 years they plan to increase the number of scholarships, begin an adult literacy program, expand the library, launch a ‘healthy lunches’ program at the local primary school, build additional classrooms and update the school’s security infrastructure.

If you want to know more about Puentes de Esperanza and how you can support, visit their new website: http://puentes-de-esperanza.org/

For over twenty years, Las Hormiguitas Center has helped children in the surroundings of the Matagalpa landfill integrate into the public school system. Las Hormiguitas believes that by facilitating access to education for young girls and boys from this area, they are moving a step closer to ending child labor by giving children ownership and decision-making power in their lives.

The center also provides year-round workshops towards the prevention of sexual abuse against children, domestic violence, and drug consumption. They’re proud to say 100 children and adolescents join the center every year, benefiting from a unique alternative space to develop positive personal goals.

SchoolBOX aims to break the cycle of poverty in the country by constructing schools, installing libraries, and providing educational supplies and support. To date, they have made education possible for 16,674 students and teachers in Nicaragua by working with over 80 communities across the country. They have built 44 washrooms and 5 playing fields and created 38 libraries. They have delivered over 96,000 educational packages to students and teachers and started construction of their 75th classroom in Nicaragua this year.

SchoolBOX’s model is unique in that it not only works with other local grassroots organizations, but also engages and lobbies with regional and central governments. This allows them to coordinate work between high level government officials (the big bureaucratic machine) with the goals and aspirations from local communities. Thanks to their ongoing lobbying, they are able to obtain government permits to create infrastructure, while following the Ministry of Education’s guidelines and plans.

SchoolBOX only supports projects where local communities are fully involved in the initial planning and construction processes, and where they commit to the carryout maintenance efforts over time. Doing so, SchoolBOX has not only helped organized communities achieve the dream of better education quality for their community, but they have also catalyzed the community to look even further; thinking of new projects that they could carry out through their boosted agency. Together, they have strengthened community awareness, self-esteem and capacity to unite and work together for a positive cause.

If you want to join their volunteer groups, follow how they carry these bold plans, check their
website and get in touch with their staff http://schoolbox.ca/completed/

5. FADCANIC — Bringing back the voice of the culturally-rich Caribbean Coast of Nicaragua

The autonomous regions of the Caribbean Coast in Nicaragua account for almost half of the country’s territory. The predominantly black area is the second most populated area after Managua (Nicaragua’s capital and largest city); however, it’s also the most neglected region in the territory. “La Costa”, as it’s referred by their inhabitants, experiences limited government spending, minimal foreign investment promotion and also the highest illiteracy percentage per capita in the country.

The region’s history is quite unique: when the British Empire governed the region, it established it as a a slave-trade destination for natural resource exploitation (similar to other islands in the Caribbean). When the British left, the newly formed Republic of Nicaragua claimed ownership of this area but never really integrated it to the reality of the Pacific, or allowed any political
presence for important decision making.

Under this context, a movement surged in the region demanding autonomy. FADCANIC is the acronym for ‘Foundation for the Autonomy and Development of the Caribbean Coast of Nicaragua’. Their objective is to promote leveled cultural, socioeconomic and political relationships between the indigenous and ethnic populations of this region. 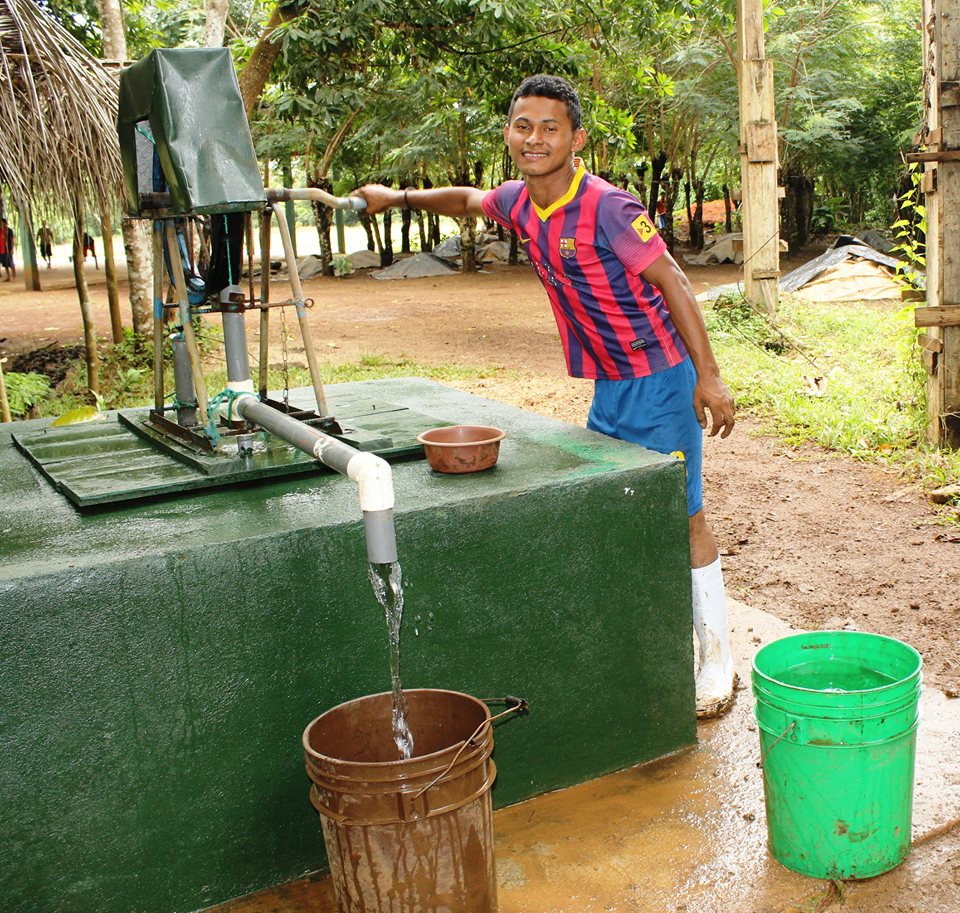 FADCANIC has launched programs raising consciousness on environmental conservation, promoted research on the biological richness of the region, and even produced and commercialized their own coconut oil. They also started a violence and drug prevention program so successfully that the government implemented the same program in the capital city, and aims to expand it to other urban areas around the country.

Tagged
Sustainability Nicaragua
What did you think of this story?
Meh
Good
Awesome