On a dark, plunging slope thick with spruce, Austrian wolf biologist Gudrun Pflueger and a local forest ranger by the name of Vlado Vançura are poking at — and sniffing — a pile of feces.

“Lynx,” concludes Pflueger. “But everyone is coming through here.” She points to scratching from brown bears on the tree trunks, and to fur hanging from the branches. “Wolf too, perhaps,” she says pointing to another pile of feces just a few meters away. It is the wolves we hope to find. Wolves are seen as the symbol of wild lands the world over.

Pflueger and Vançura of the European Wilderness Society are part of a movement working to protect and heal Europe’s fragile and beleaguered biodiversity by importing a concept of “wilderness” more often associated with Canada, the United States, New Zealand, and Australia.

One of the hotspots for the work of the European Wilderness Society (EWS) is Tatra National Park in northern Slovakia. In October 2014, I spent nearly a month trying to understand the challenges faced by European wilderness advocates through their work in the Tatra.

All photos by Jim O’Donnell 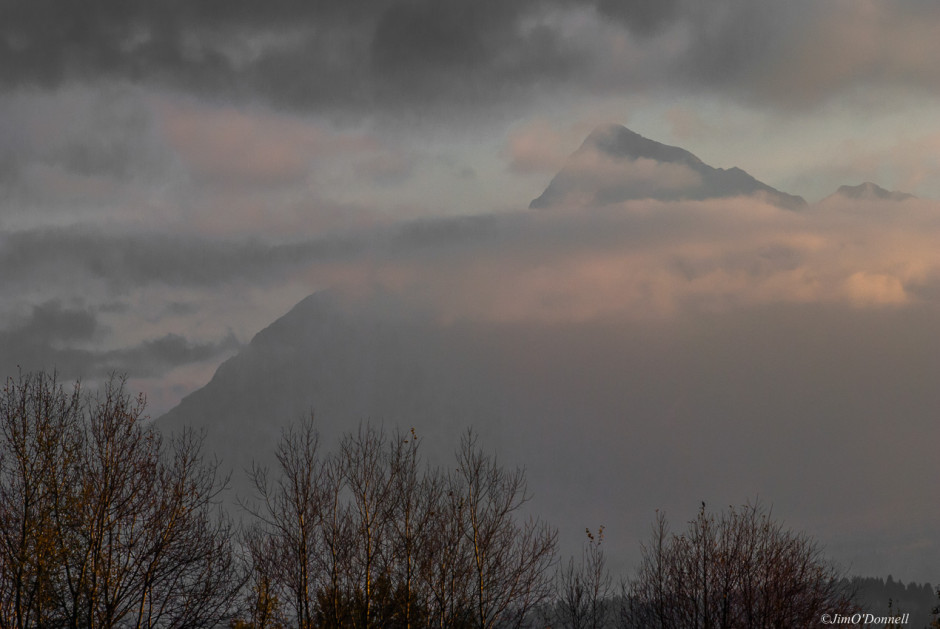 The mountains dominating the nation

At dawn, Kriváň peak pokes a rocky head above the autumnal clouds. Located in the center of Tatra National Park, the mountain is at the center of the Romantic nationalist movement that hit Slovakia in the early 19th century. To Slovak intellectuals, the peak represented an unbreakable, magical, and mythological homeland of the Slavs in general. By the early 20th century, activists pushed to protect the Tatras range as a national park. They succeeded in 1949 when the Czechoslovakian government created the park. The Polish government created a sister park in its section of the Tatras a few years later. 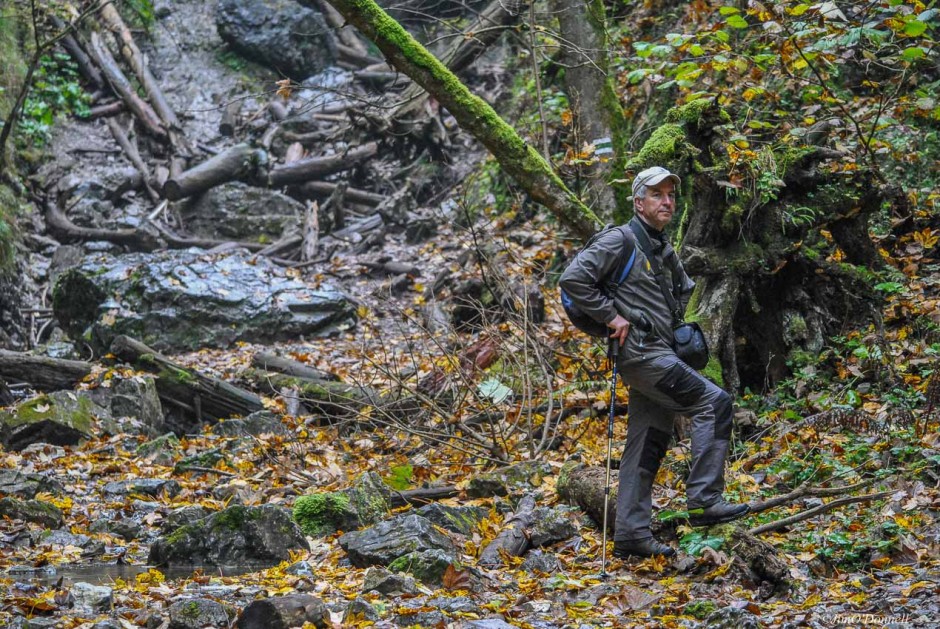 Vlado Vançura of the European Wilderness Society. A native of the Tatras foothills, Vançura learned forestry in the days of the communist government. After the fall of the Iron Curtain, Vançura was at the center of educational exchanges with the American National Park Service. Through the 1990s, Vançura visited parks and wilderness areas throughout North America where he developed a deep appreciation for the American concept of wilderness. Vançura is one of those people endlessly posing questions that turn your mind in circles. “How do we create a land ethic for a people who have never had one?” Or “In order to maintain artificially high biodiversity, should the nation pay people to stay on the land who would otherwise leave for the cities?” 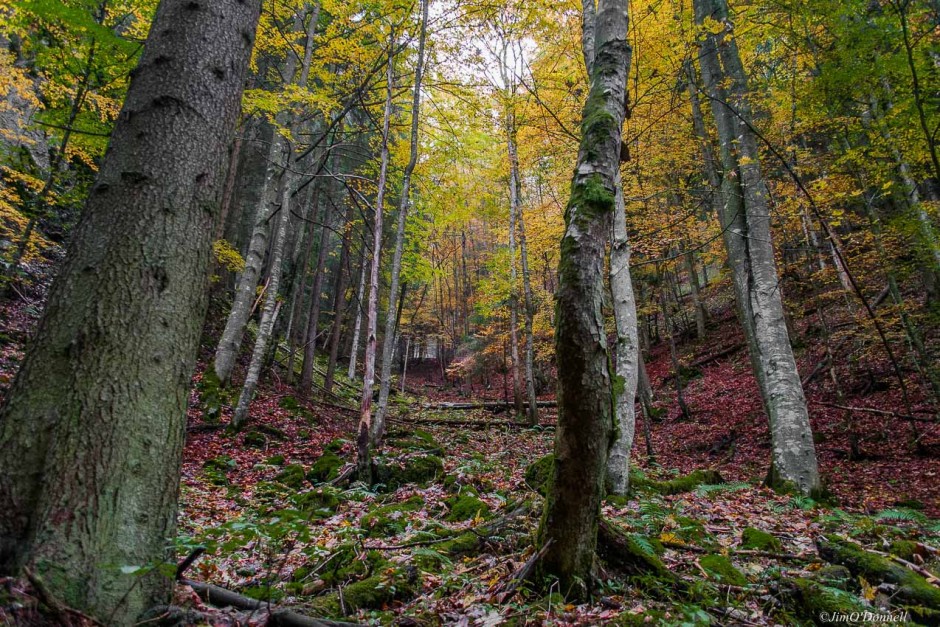 A rare dash of color

For centuries, management of the Tatras’ forests was focused almost exclusively on commercial timber harvests. The result is a near monoculture of spruce throughout both the Tatras and other nearby national parks. Forests dominated by just one tree species are near dead, ecologically, and the trees themselves are incredibly weak. Tatras forests are susceptible to both beetle infestations and destructive winds that can knock down tens of thousands of spruce in just one night, which happened in 2004. The European Wilderness Society is pushing the park to manage for more diverse ecosystems like this colorful valley where beech, maple, and elm create a healthier and more resilient ecosystem. 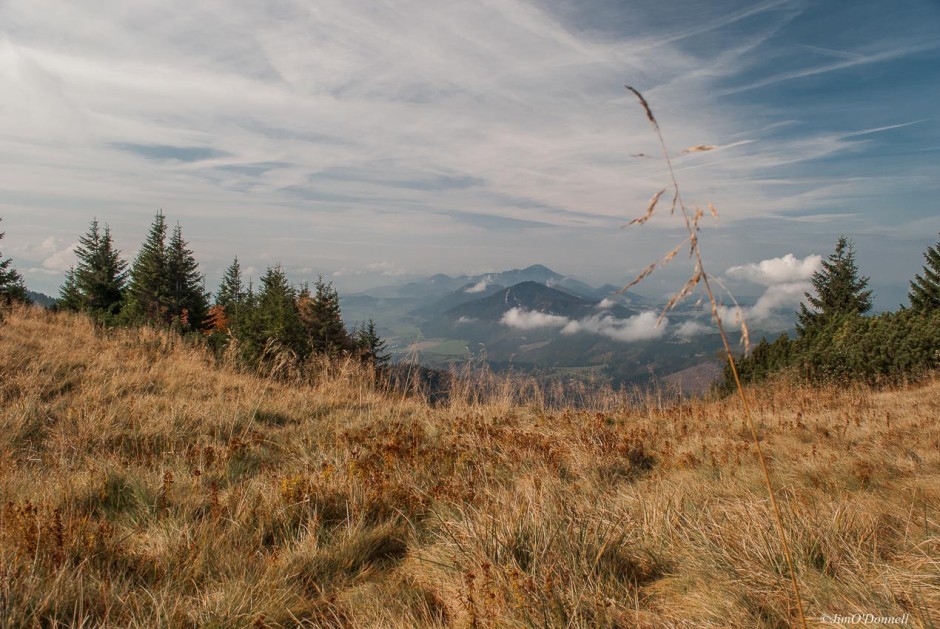 The Tatras are a part of the Carpathian mountain chain connecting central Europe with the Balkans and the Black Sea. The European wilderness advocates look to create an unbroken network of wilderness areas along European mountain ranges from the Atlantic coast to the Carpathians and into the vast forests of Ukraine. The idea is to allow wildlife enough protected habitat to disperse naturally throughout the continent, thereby increasing population stability. 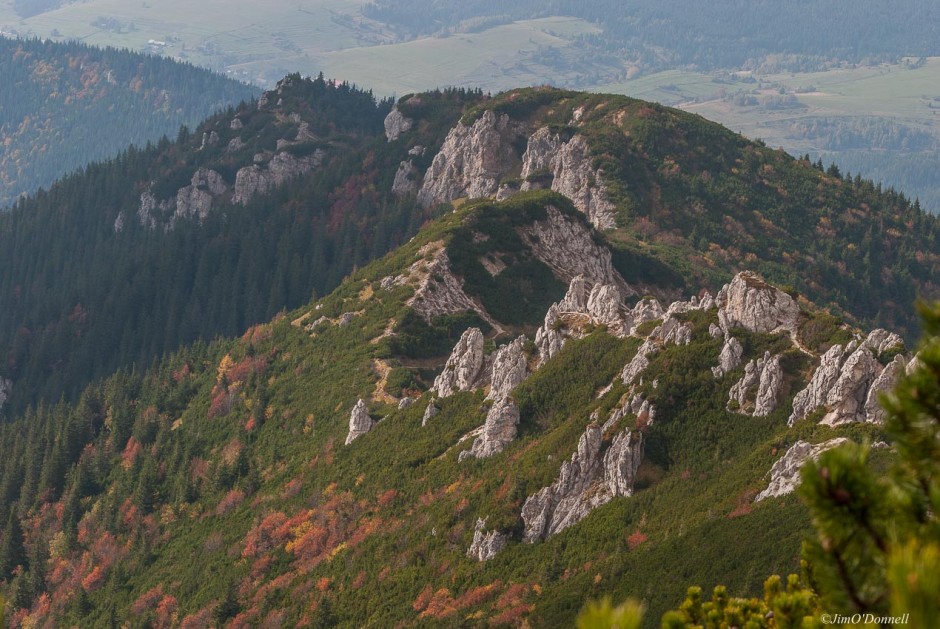 Limestone cliffs border the precipitous flanks of the Jaloveka Valley — the largest intact wilderness in Slovakia. When the road into the valley washed out in the 1950s, no one thought to re-build it, and the land went wild on its own. Now, timber companies hungry for the valuable full-grown spruce want back into the valley. Many local residents have another plan however. With help from the EWS, they aim to purchase 300 hectares, and the mouth of the valley that controls access. 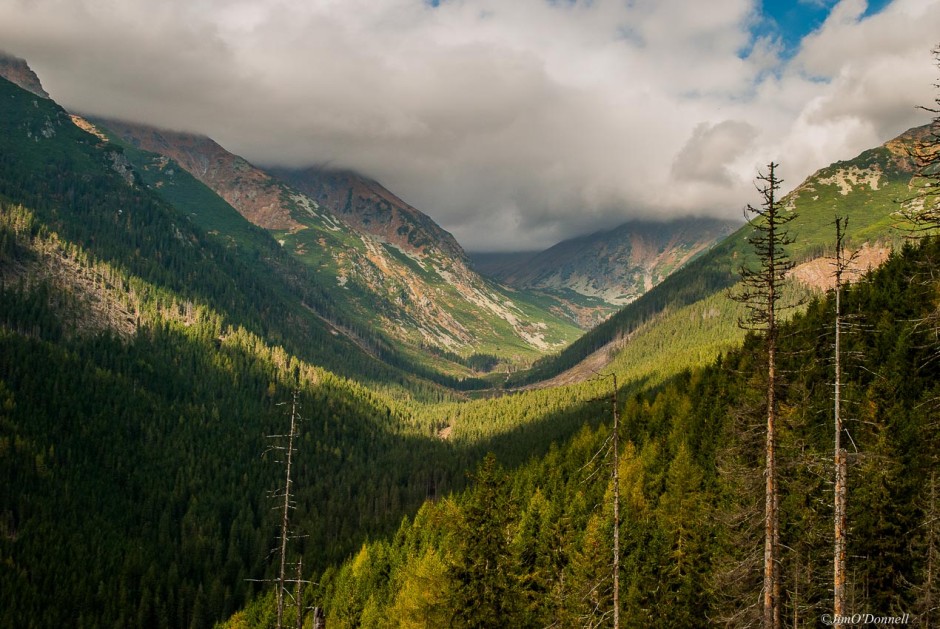 An array of interests

In communist times the park was nationalized. After the fall of the Iron Curtain and Slovakia’s break with the Czech Republic, land in the park was returned to descendants of the original landowners, hunting organizations, and cooperative landowner associations all seeking short-term benefit they imagined the park would bring.The Račkova Valley, perhaps better than any other place in central Europe, embodies the struggles faced by European wilderness advocates. Some area residents want the valley logged, others want it set aside for the hunting associations. Some want to build private cabins while others want to see the road in closed and the land allowed to go wild like in the Jalovecka. During my visit, the lower section was being logged and the entrance to the valley choked with trucks and machinery ripping muddy roads into the forest. At the same time, the upper slopes are managed as wilderness. 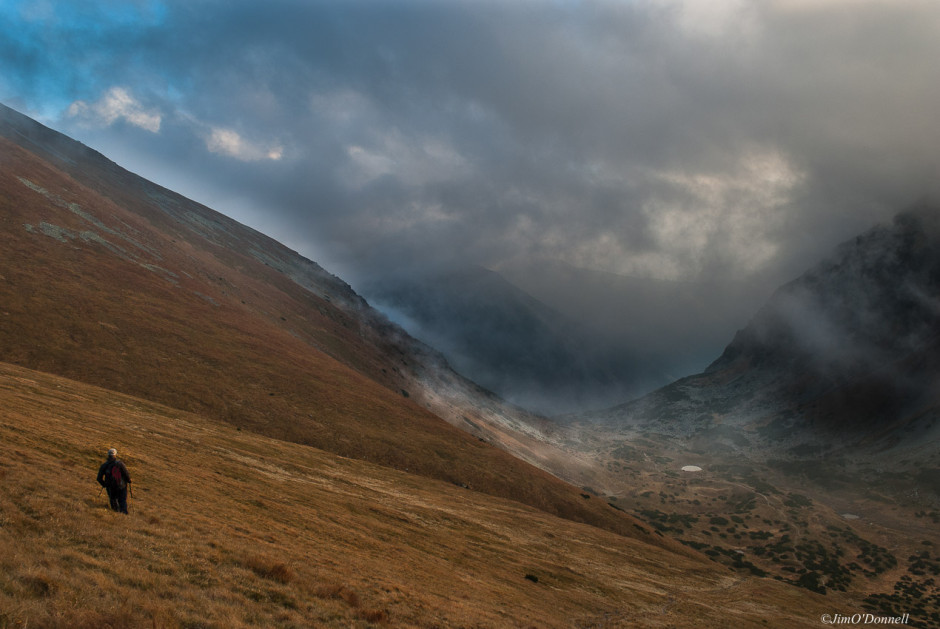 At dawn, I bathed in a frigid creek then climbed along an animal trail with Pflueger and Vançura to a high slope where we found fresh bear scat laden with blueberries. But no wolves. By late morning, the mist burned off and while the sky was blue, the air was heavy with humidity and wisps of clouds came and went as we climbed to the ridgeline. “Wilderness is not about animals exactly, but about natural processes,” said Vançura. In Tatra, that process means that at times whole stands of trees are thrown to the ground by the wind. Bark beetle infestations serve a similar function as fire does in the western US. Only twenty years ago this kind of “let it be” management was unthinkable. Today, it is a management option that is getting more attention. 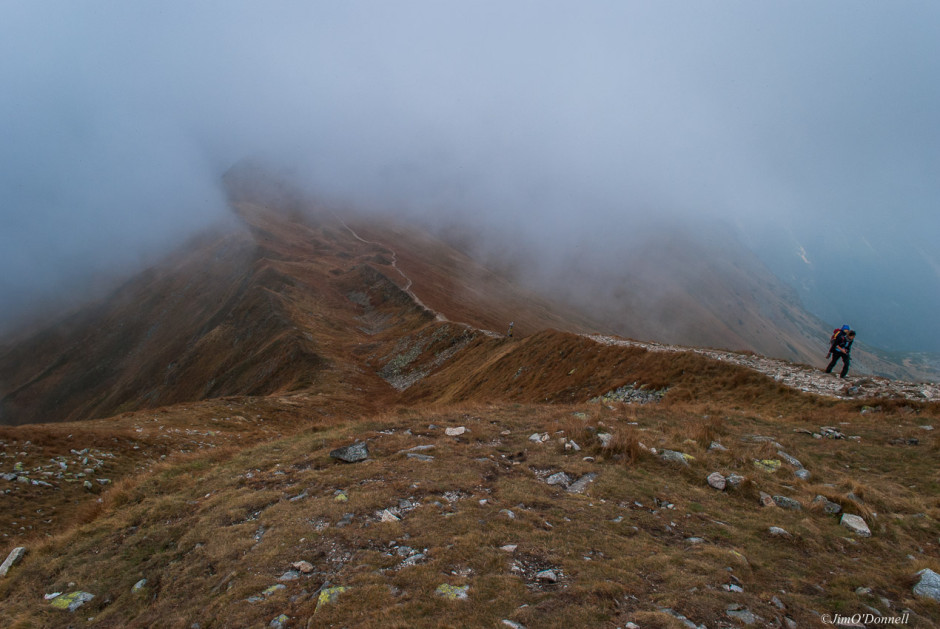 Trekkers come and go out of the mists along the upper ridge of the Račkova Valley. The trail more or less marks the border with Poland. Inspired by North America’s Waterton-Glacier International Peace Park, Poland and the Slovaks began discussion on a transboundary Tatras Park as early as 1925. A protected area was declared on the Polish side in 1937, but the Polish section of the park wasn’t created until 1954. In 1992 the two parks were jointly designated a transboundary biosphere reserve by UNESCO. 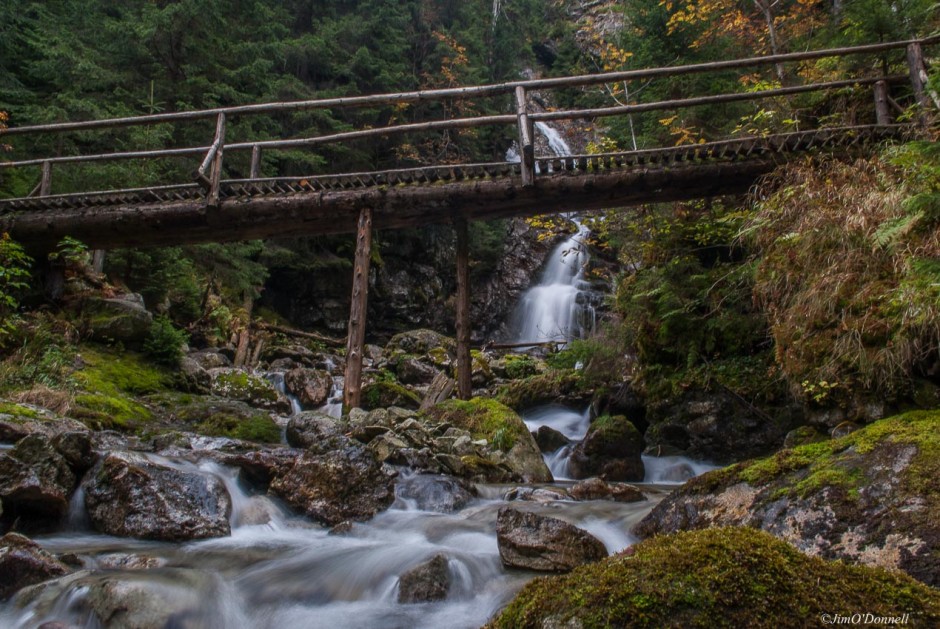 After a much needed rest day, Vlado and I piled bikes on top of his jeep and made our way to the Ticha and Koprovsky Valleys east of Račkova. The day was cold and dreary. We parked near a communist-era hotel and biked through a brand new clearcut and up an old asphalt road into the park, where we hid the bikes in the forest next to the river. We then climbed to the glacial lakes of the upper watershed along the Polish border. These valleys have not been logged in nearly twenty years and are run by the park, like the upper Račkova, under a wilderness-style management. That hasn’t been without controversy however. 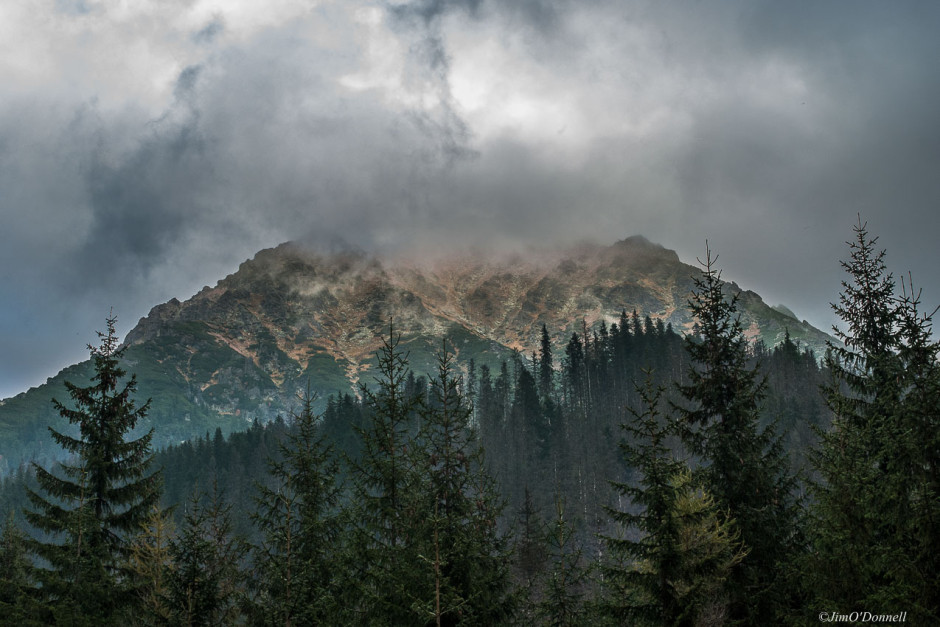 Fight for the wild

In 2004, one of these giant wind storms, typical in the Tatras, hit the Ticha area, ripping up thousands of spruce. The government and timber companies wanted to harvest the dead trees. Scientists and local activists said no. They felt the valley should be left alone to heal and to return to a diverse, natural forest. But the timber harvest began anyway and within days access to the valley was blocked by protesters intent on driving out the loggers. After the police attacked the protesters, injuring several, the media showed up. Soon there were thousands of pro-wilderness supporters blocking access to the valley. The government backed down but formal protection didn’t come until 2012. 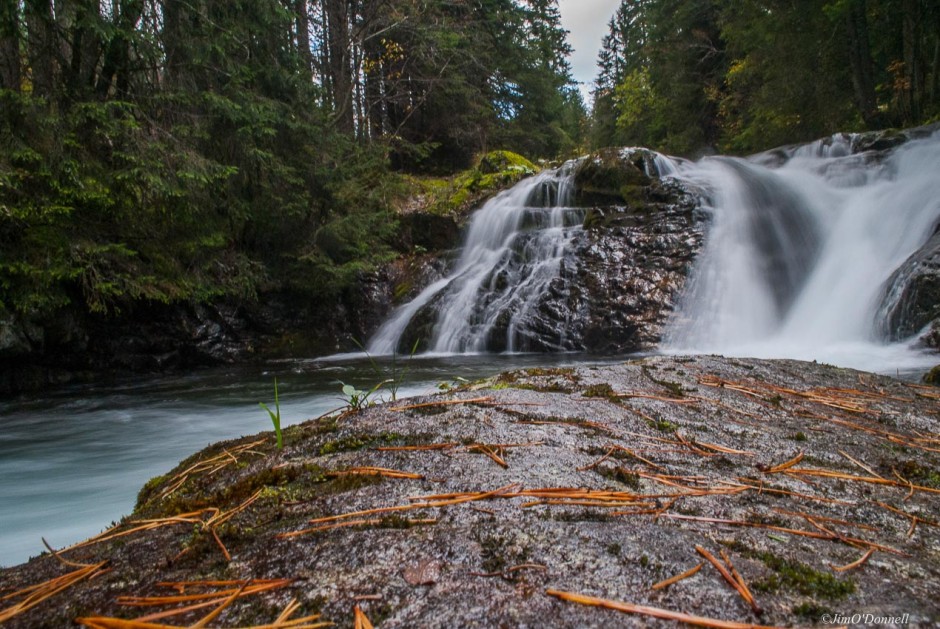 The “Bear Baths” on the Ticha River cascade through a forest rapidly recovering. With the weakened spruce knocked over, now rotting on the ground and covered in mushrooms, blueberries, and ferns, a more diverse array of tree species are taking their place. Thanks to the protests, the Ticha Dolina is on the positive side of the Tatras management story. There is no logging. There are no roads. As a result, natural processes have largely been allowed to return to the several thousand-hectare area, setting an example for management in other areas of the park. 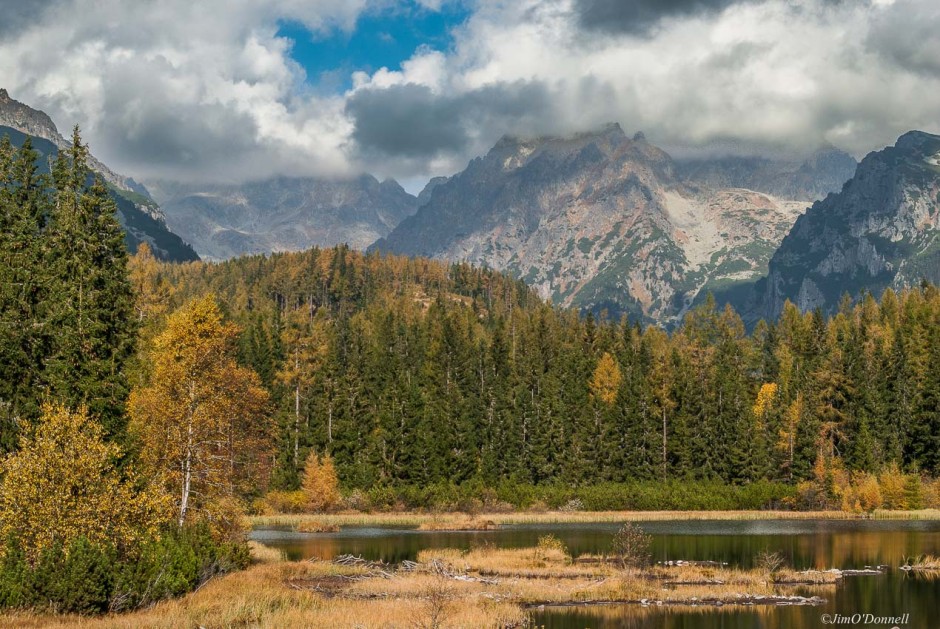 The lake of Štrbske Pleso

The European Wilderness Society is on a long-term mission to identify, protect, and eventually expand wild ecosystems in Europe. On a crowded continent of 742 million people, with no cultural history of “wilderness,” these activists face a dizzying array of challenges. Despite all these issues, the Tatras remain home for a wide assortment of wildlife and a number of threatened species including the wolf, lynx, brown bear, and wildcat.

Tagged
Student Work Slovakia
What did you think of this story?
Meh
Good
Awesome

12 Awesome Free Things To Do in Bratislava

A Place of White Birds: 7 Transcendant Moments in the Slovakian Mountains

What It Feels Like To Visit Slovakia for the First Time

How To Celebrate Thanksgiving in Slovakia