When the dams holding waste from a Brazilian iron ore mine collapsed in November, it triggered a huge, harmful mud wave that blanketed villages and polluted a major river flowing into the Atlantic.

The torrent carried billions of gallons of mud and waste, killing at least 17 people, leaving hundreds of families homeless, wiping out wildlife and unleashing other devastation that, all together, the government considers to be Brazil’s worst environmental disaster ever.

It’s not clear what caused the dams to collapse.

The mine and dams were operated by Samarco, a joint venture of international mining giants Vale and BHP Billiton. The Brazilian authorities are seeking about $5 billion from the companies for recovery efforts, but there could be further punishment. On Jan. 14, Federal Police accused the mine owners of environmental crimes related to the disaster.

Marcio Pimenta, a Brazilian documentary and travel photographer, recently retraced the more than 300-mile route of destruction. He visited the source in Mariana, Minas Gerais state, in the southeastern part of the country. And he toured mud-caked rural villages until reaching the ocean shore.

“The noise was deafening — iron twisting, glass being broken, trees being uprooted from the ground, the cry of the people” a local resident told Pimenta of the moment the mud torrent came.

Here is a selection of the many gripping images from Pimenta’s journey. 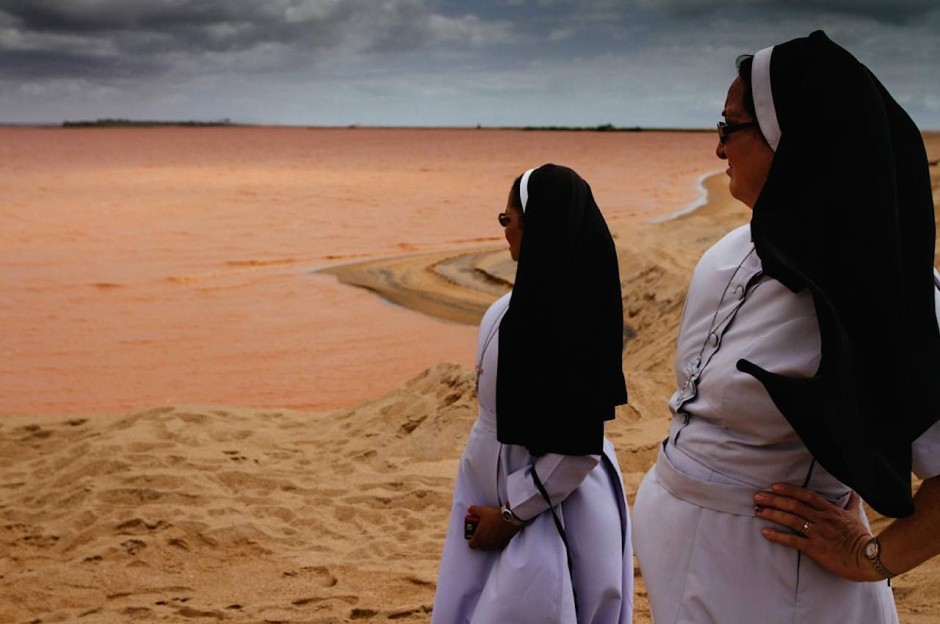 Nuns observe the Doce River, one of the largest in Brazil, polluted with mining waste, in Regencia. 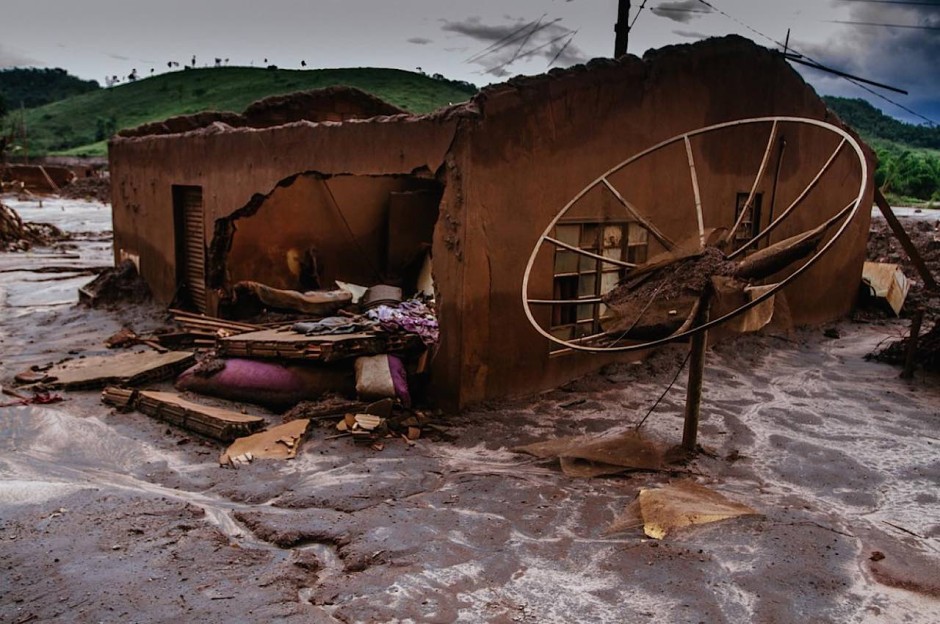 Whole houses were covered in toxic mud in rural villages like Paracatu, in Minas Gerais state. 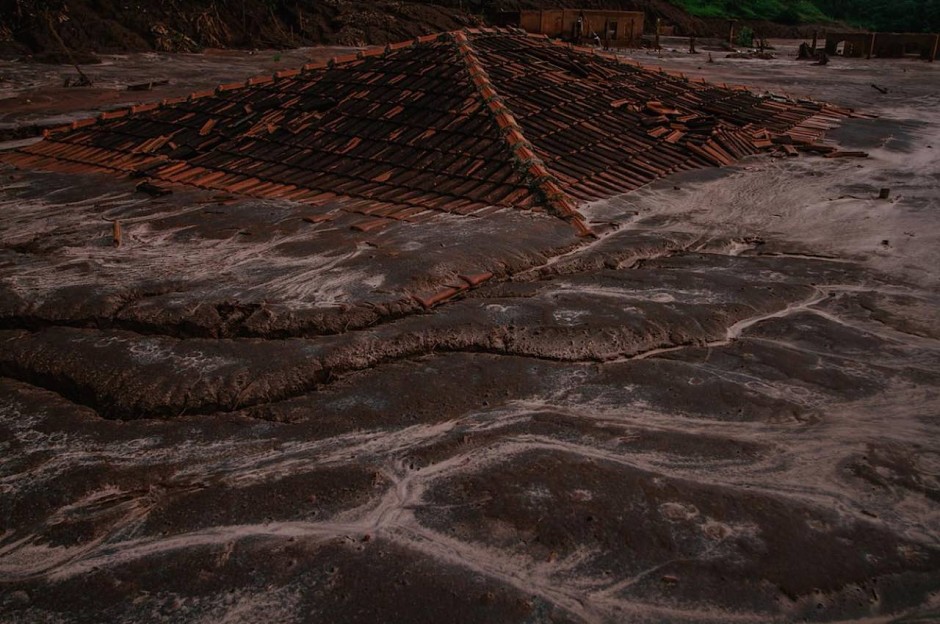 Some were buried up to the rooftops. 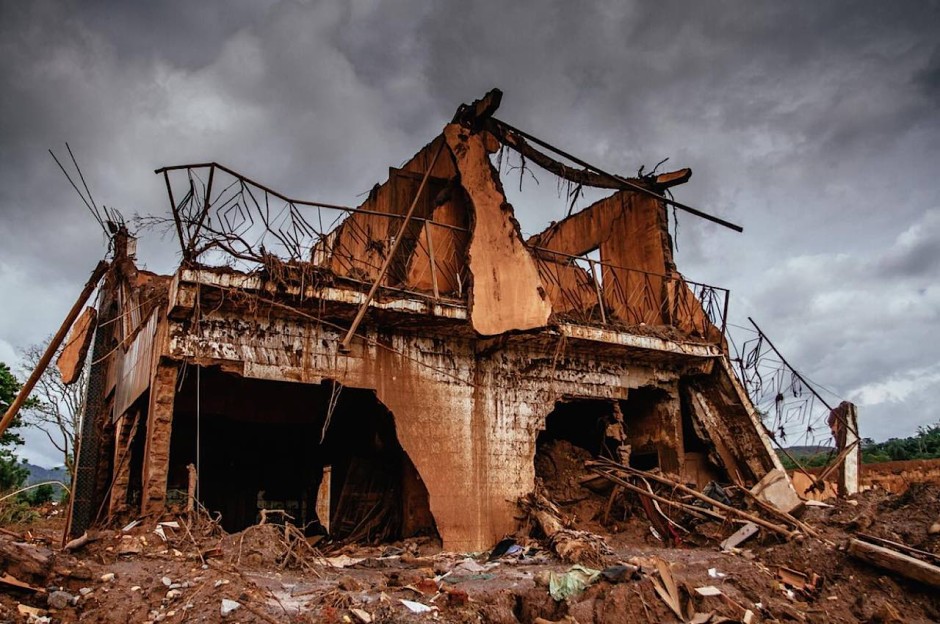 A house in the rural village Bento Rodrigues, in the southeastern Brazilian state of Minas Gerais, after a flood of mud swept through it. 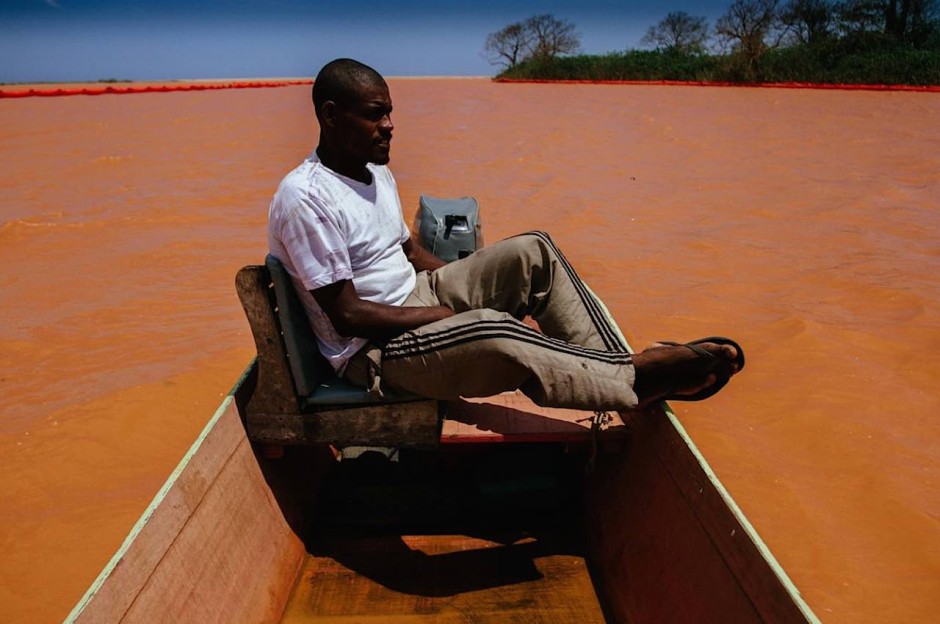 Many fish were killed after contact with toxic mud, leaving fishermen out of work in Regencia. 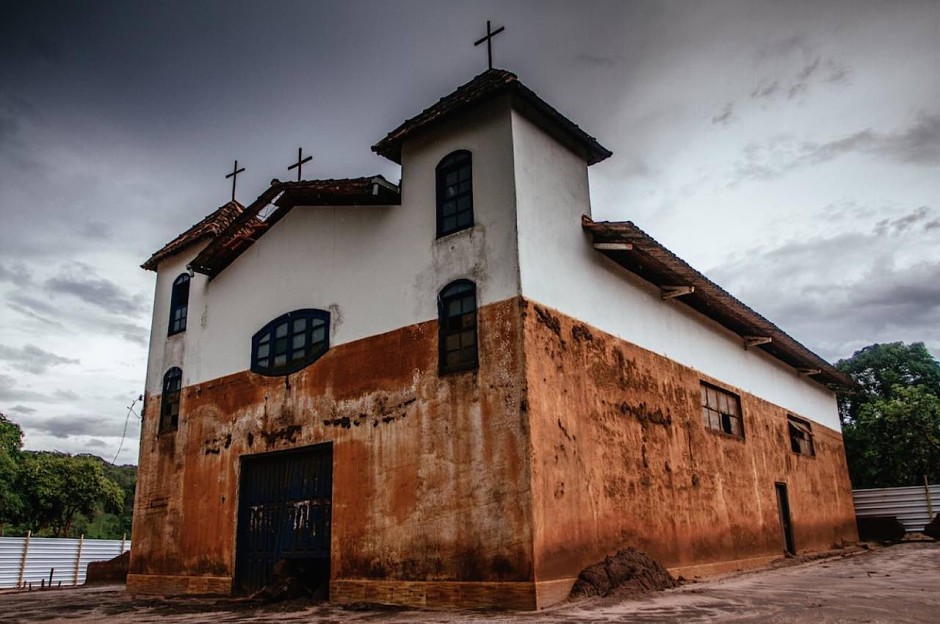 The mud-caked walls of a church in the village of Paracatu. 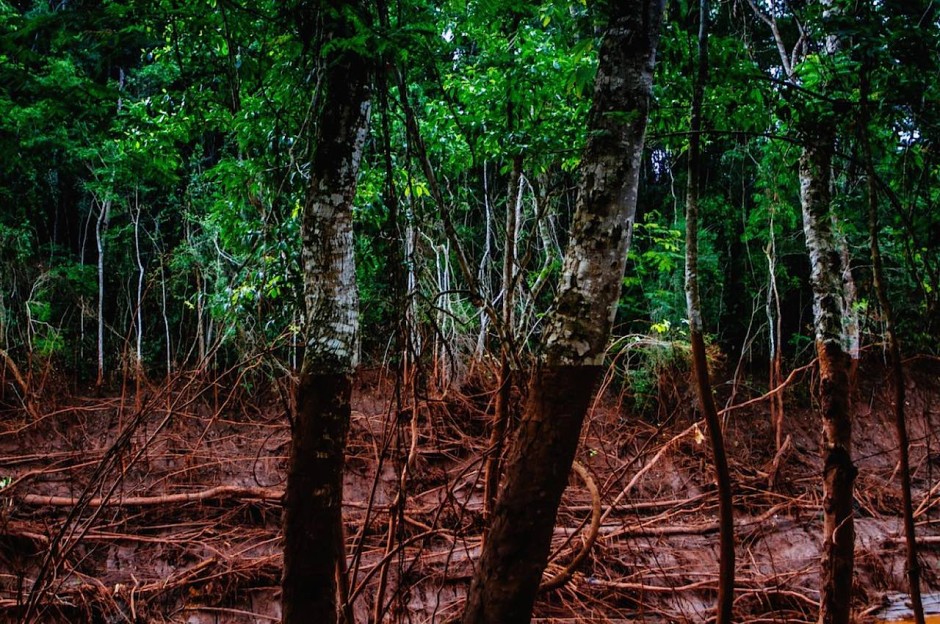 Many square miles of forest were devastated by the toxic sludge tsunami, threatening local wildlife and water sources. 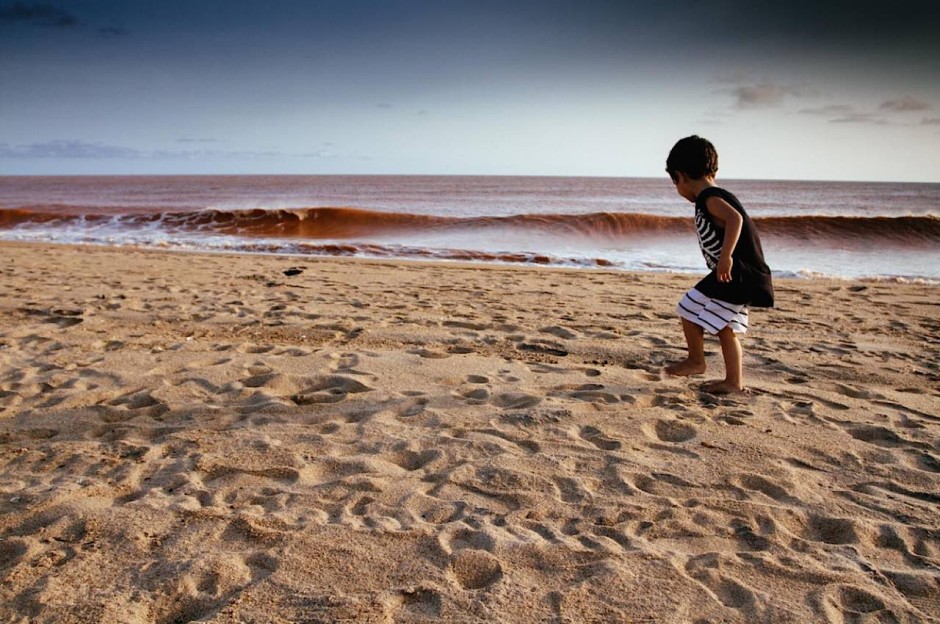 The toxic mud reached the Atlantic. Unable to get into the water, a boy plays in the sand in Regencia, in the Linhares district of Espirito Santo state. 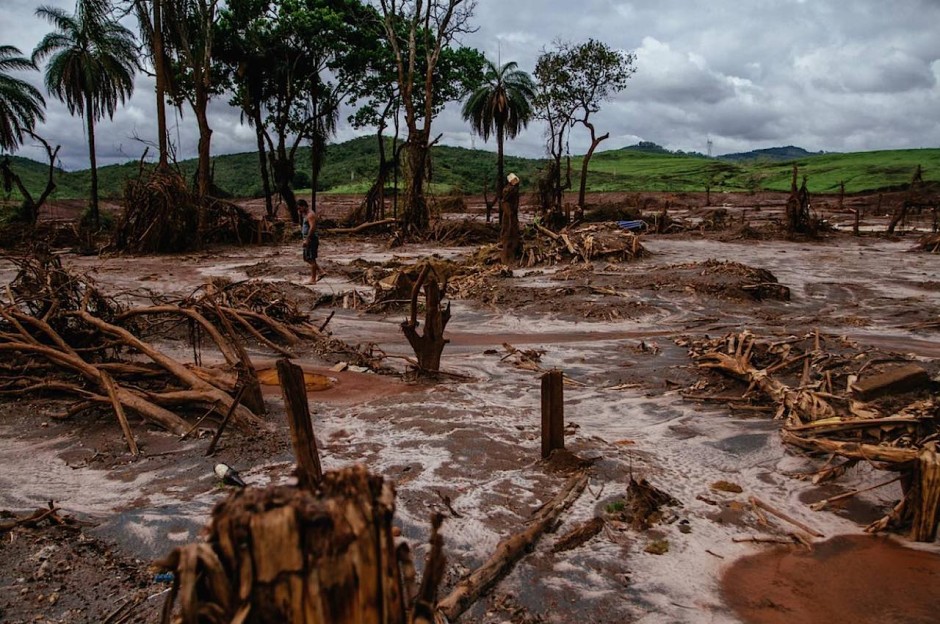 The devastated landscape of Bento Rodrigues. 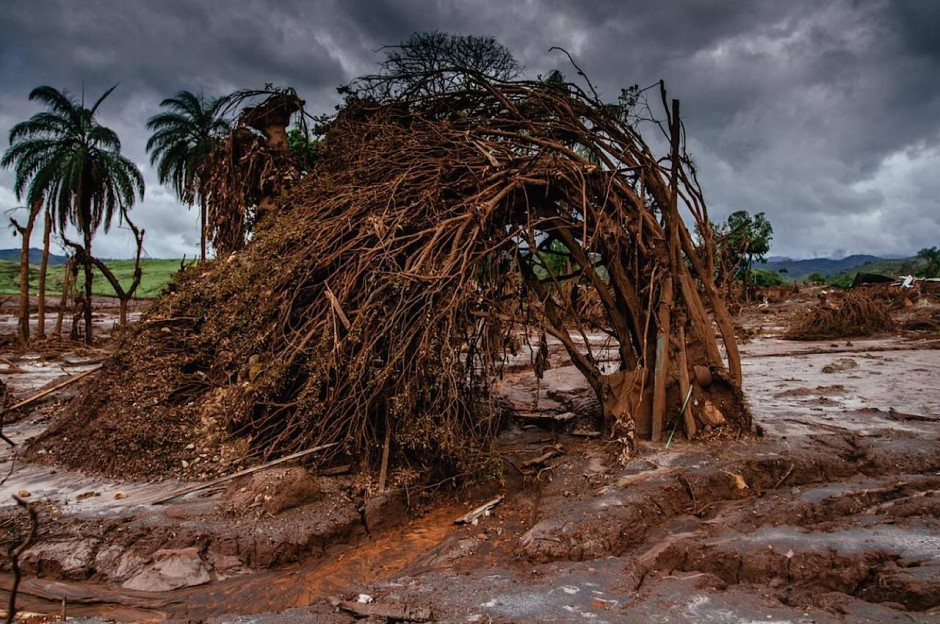 In Bento Rodrigues, a glimpse of the force of the mud tsunami.

Tagged
Brazil
What did you think of this story?
Meh
Good
Awesome

More Brazilians are giving up meat, and that’s great news for the planet

Bahia is the best place to eat in Brazil. Here are 9 dishes that prove it.

5 delicious ways to use cassava, Brazil’s most versatile food