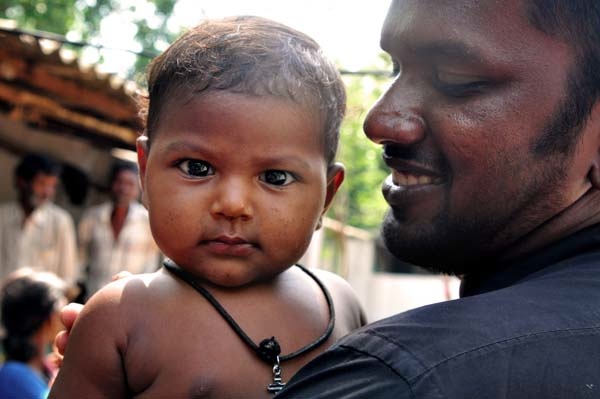 January 31st is World Leprosy Day, a good time to join the fight to eradicate leprosy.

Every day thousands of people across the world are diagnosed with leprosy. But what exactly is leprosy? And why should we care about World Leprosy Day?

Leprosy is a chronic condition caused by the bacteria Mycobacterium Leprae. First identified by Norwegian physician G.A. Hansen in 1873, it is also known as Hansen’s disease.

Leprosy affects the nervous system, damaging the nerves and eventually manifesting in deformities along the hands, feet, and face. In extreme cases, patchy skin is accompanied by loss of sensation, clawing (of hands and feet), and even loss of limbs.

Leprosy treatment consists of a very effective multi-drug therapy (MDT), a cocktail of three drugs: dapsone, rifampicin and clofazimine. Early detection and treatment ensure infection is stamped out within no time; if leprosy has progressed, treatment will cure infection, but not the resulting deformity.

Given the easy availability of medication, leprosy should be a thing of the past, yet it remains a problem, especially in poverty stricken regions of the Indian subcontinent, Africa, and Latin America.

This continued prevalence of leprosy is a result of historical stigma, traced back to a time when patchy skin and clawed hands meant isolation in leper colonies. Leprosy continues to instill fear and discrimination; even today leprosy stigma devastates social and economic ties, along with healthy living.

It is this very stigma that obstructs early reporting, effective treatment, and recovery.Stigma leads to progression of the disease and deformity, causing further isolation.

A number of local and global agencies, including Seva Life Project, WHO, LEPRA and ILEP are attempting to address these very issues to eradicate leprosy worldwide.

World Leprosy Day aims to increase awareness and make treatment more accessible to those in need. As stated on the ILEP website:

World Leprosy Day was created in 1954 by Raoul Follereau “so that people affected by leprosy could be cared for like all others who are ill and so that those in good health could be cured of their absurd and often criminal fear of this disease and those who are affected by it.”

In other words, leprosy eradication requires the changing social perception of leprosy; by recognizing leprosy as just another curable illness, social stigma can be eliminated, thereby increasing chances of early reporting and cure.

The process also includes monitoring availability of medication and training personnel in proper diagnosis and patient care. Patient rehabilitation – social, economic and physical – is also important, allowing them to reintegrate into society. These very points form the crux of WHO’s “Final Push” strategy for the elimination of leprosy.

How can you help?
Organizations fighting leprosy are constantly in need of support, donations, and volunteers to eradicate leprosy and improve lives worldwide.

Read more about India, one country where leprosy rates are high. “India, Poverty, and the Fear of Traveling to Poor Places” is just one of many articles in our archives.

What did you think of this article?
Meh
Good
Awesome
Bookmark
Posted In
Health + Wellness

Local craft distilleries are the new, unexpected heroes in the fight against COVID-19

Across the US, students confront college life without a campus

Faced with no guests, these wellness hotels are taking care of their staff