01:22 Nov 5, 2020
Top Countries
Top CitiesView All Destinations
Trending Countries
Trending Cities
Load More
On the eve of their trial in Iran, supporters of Shane and Josh gather to demand their freedom.

It was an incredible, peaceful, loving and heart-breaking rally today in NYC to mark two terrible years of injustice for Shane and Josh. There were probably over a hundred people there and a ton of media. Alex was the MC; we opened with a moving Muslim Prayer from Mr. Shahid Mahmoud; there was theatre on the sidelines highlighting Shane and Josh’s conditions; Laura, Al and I spoke from the heart; Faraz Sneai from Human Rights Watch shared his expertise; Tegra led a chant, incredible signs were abundant; the crowd was dotted with masks of Shane and Josh’s beautiful faces; Farah brought amazing banners and we lined the square and people, so many incredible people!

I met friends and relatives of Shane and Josh’s that I had only ever heard about (these guys have so many friends!), people I hadn’t seen in years showed up with kids in tow, there were parents-of-friends, friends-of-parents and many others supporters that have simply joined our campaign because they were morally compelled to.

The pictures I’ve attached will give you a better idea than my words can. Today, and this entire week, have been one of the most profound shows of support I’ve personally experienced since I got free; it gave me a small glimpse of all of the vigils I missed the first 14 months and the incredible work that was put into them.

Enormous thanks to everyone who was involved in making this week happen; I know there are thousands upon thousands who were there today in spirit and trust me, your spirit came through. I think today really helped set the right tone and get out our message before the trial this weekend.

I’m imagining all the candles being lit everywhere and all the prayers as I write this. 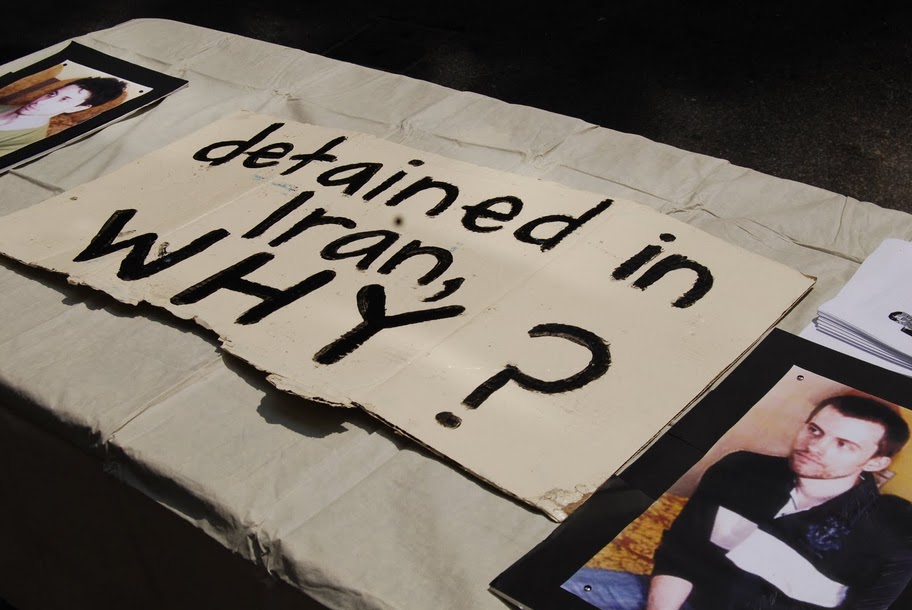 Detained in Iran, why? 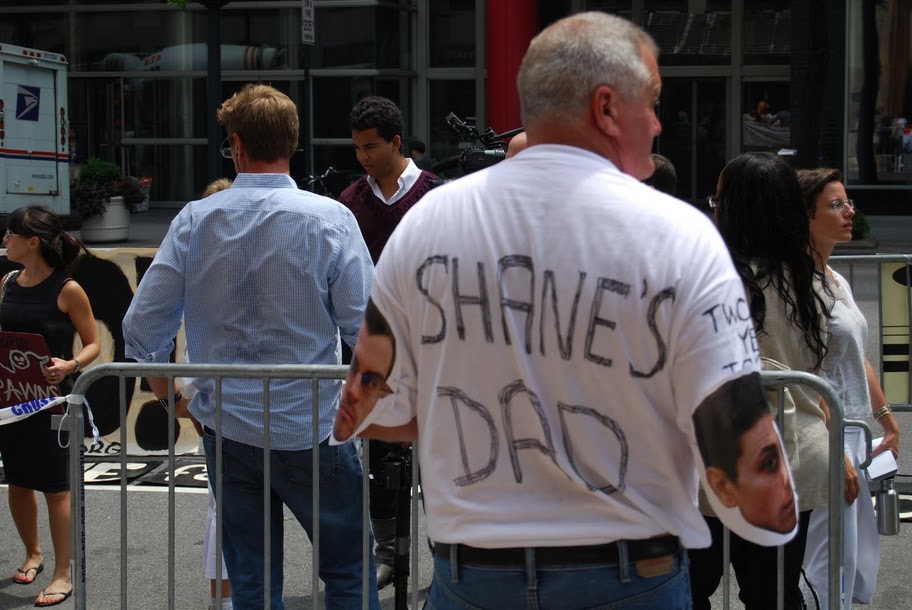 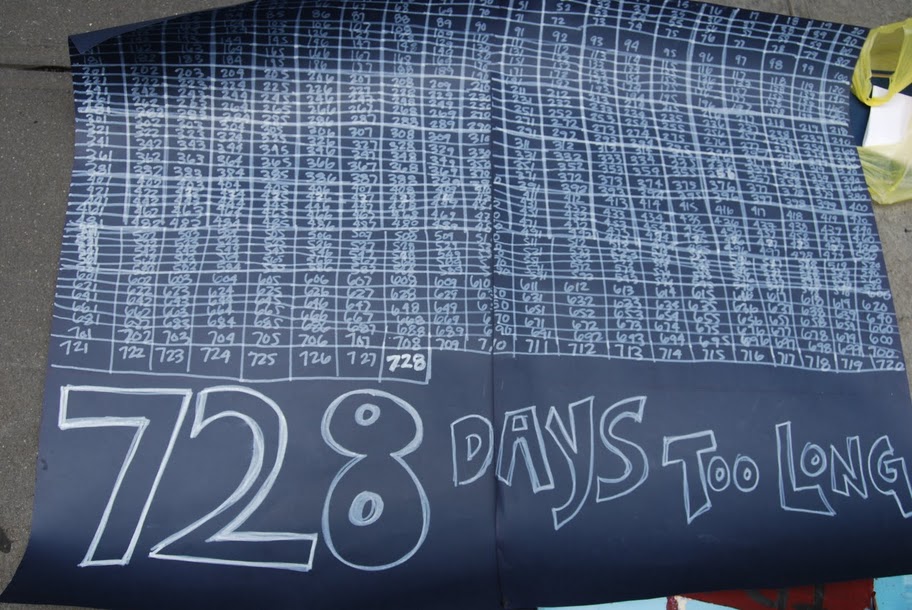 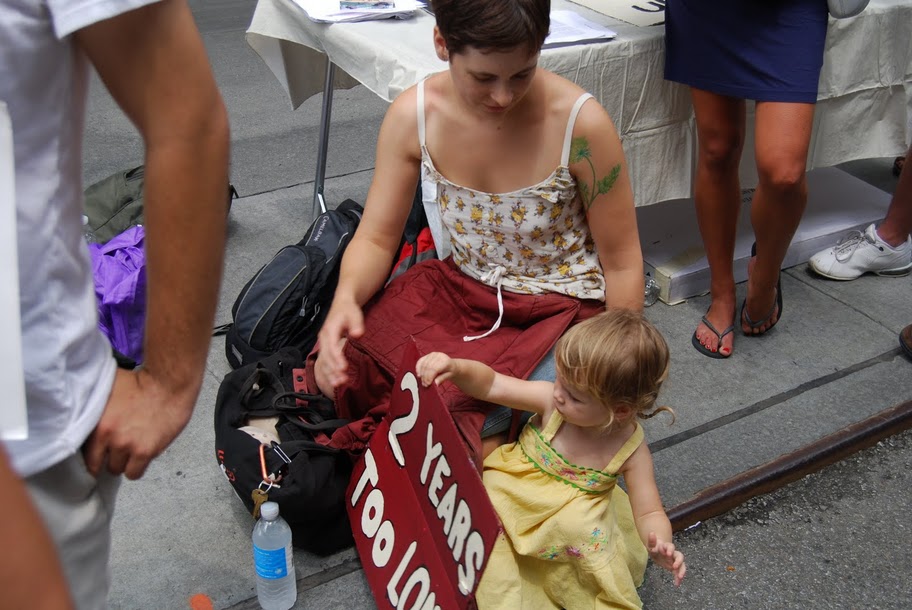 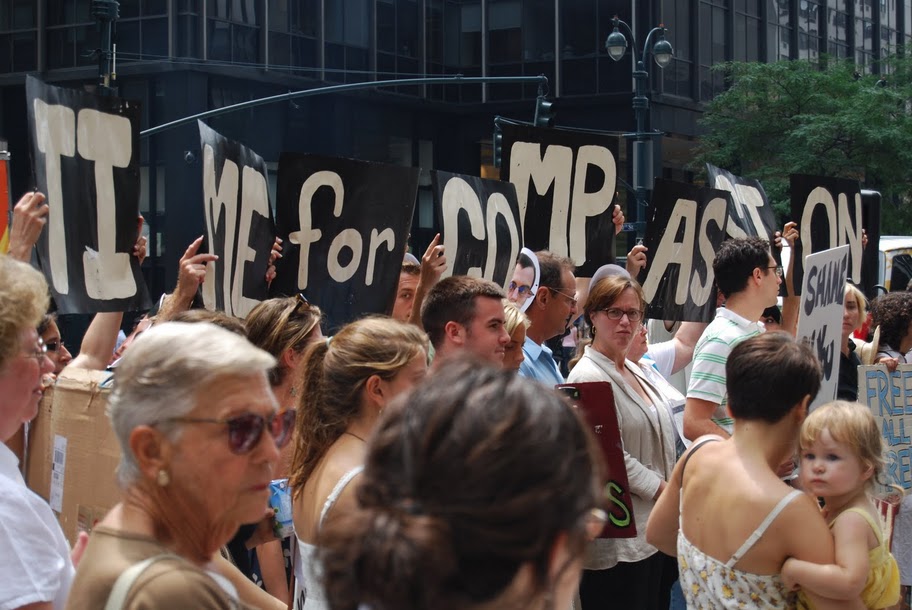 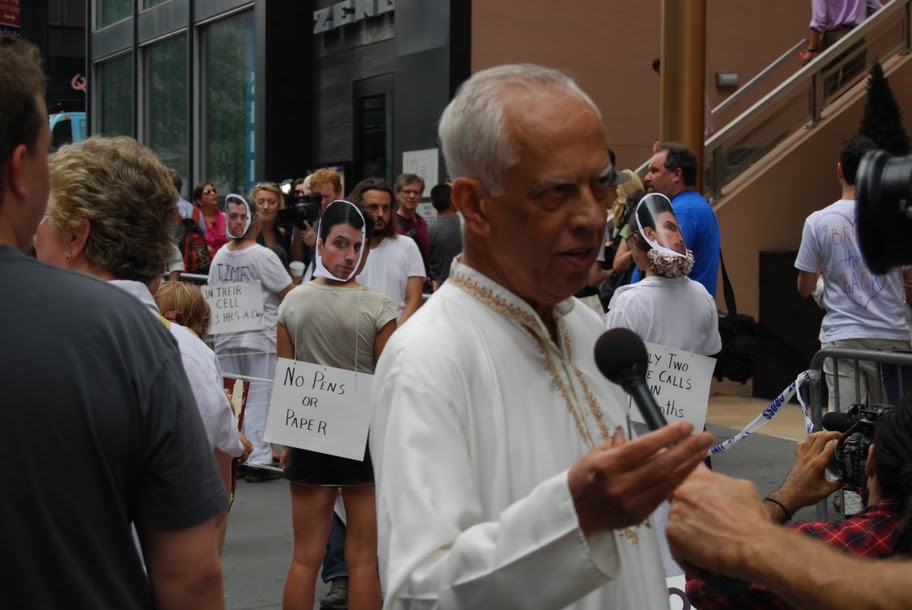 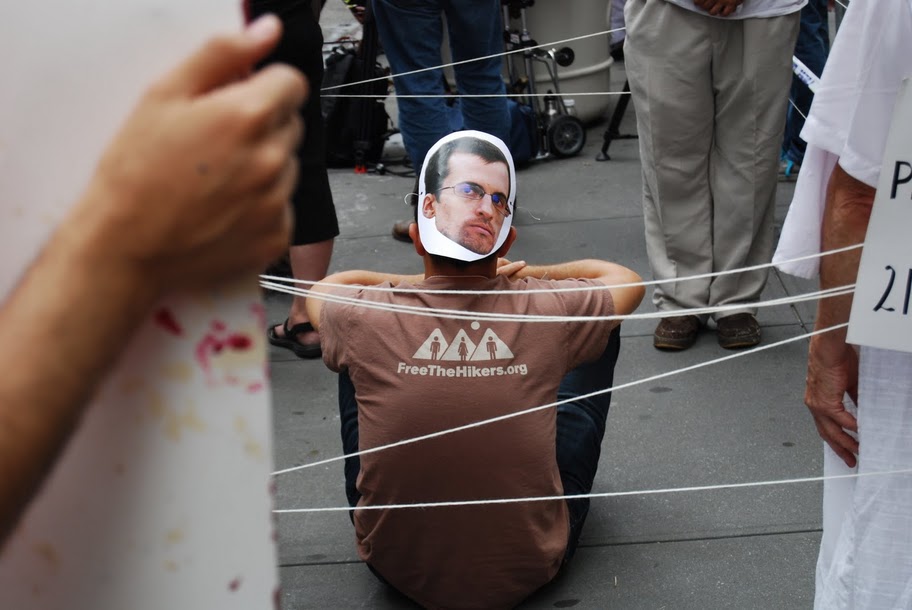 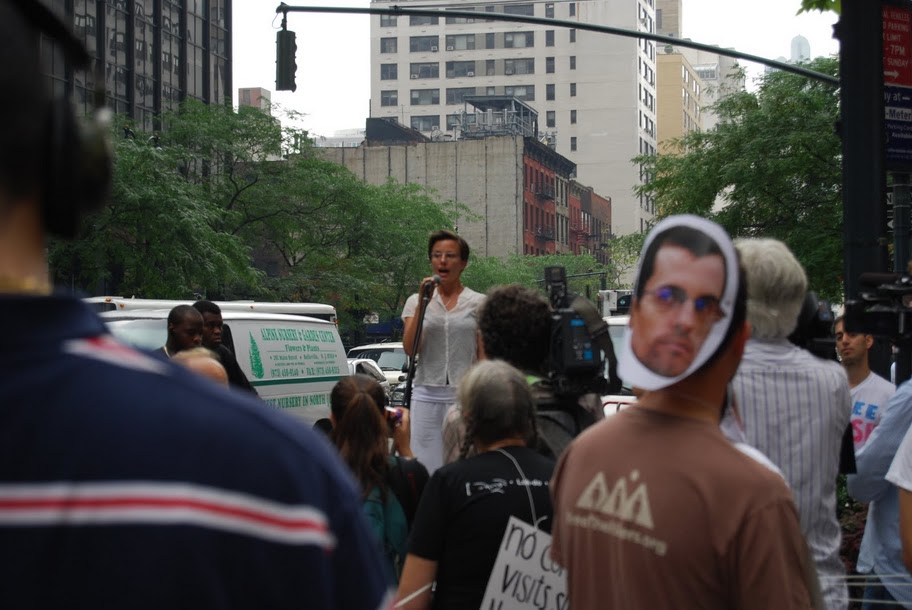 Sarah Shourd speaks to the crowd 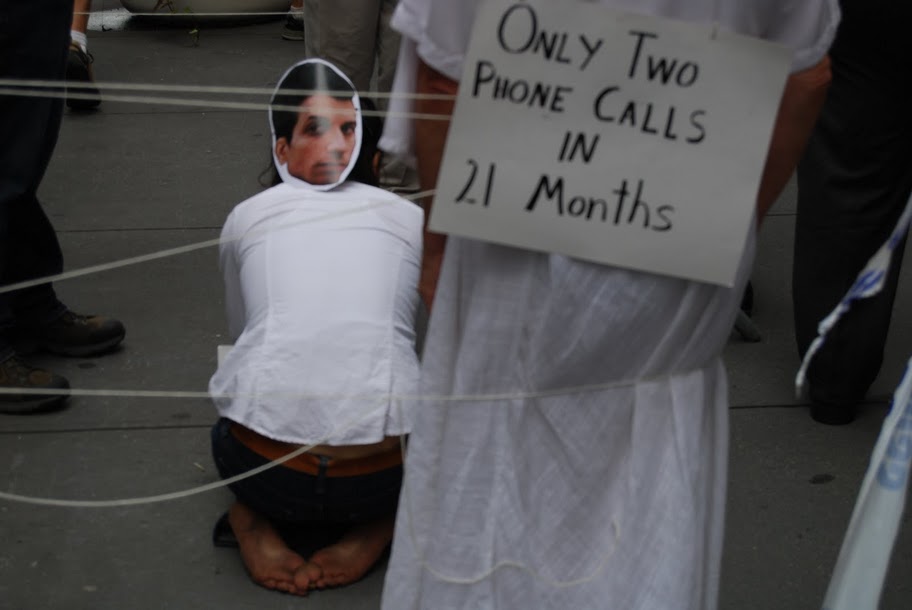 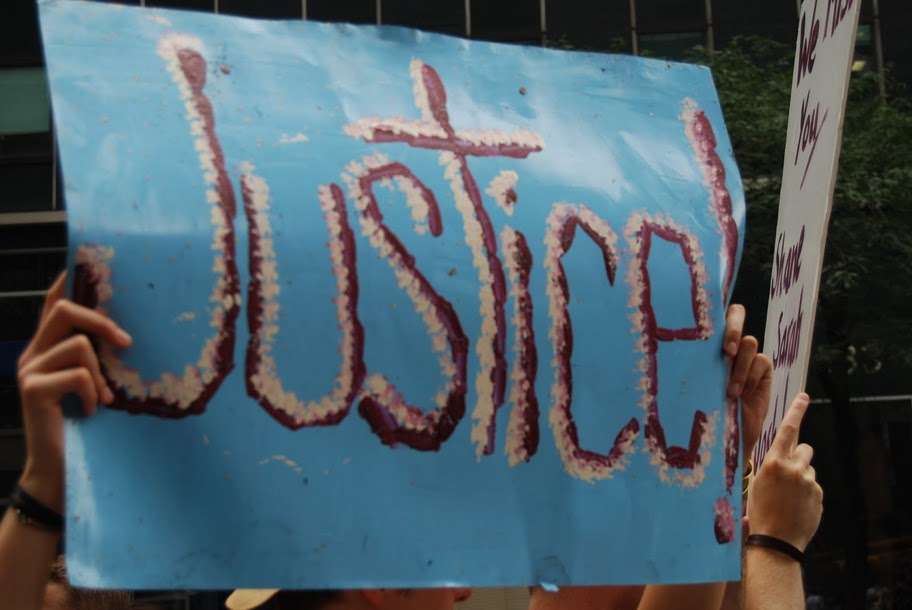 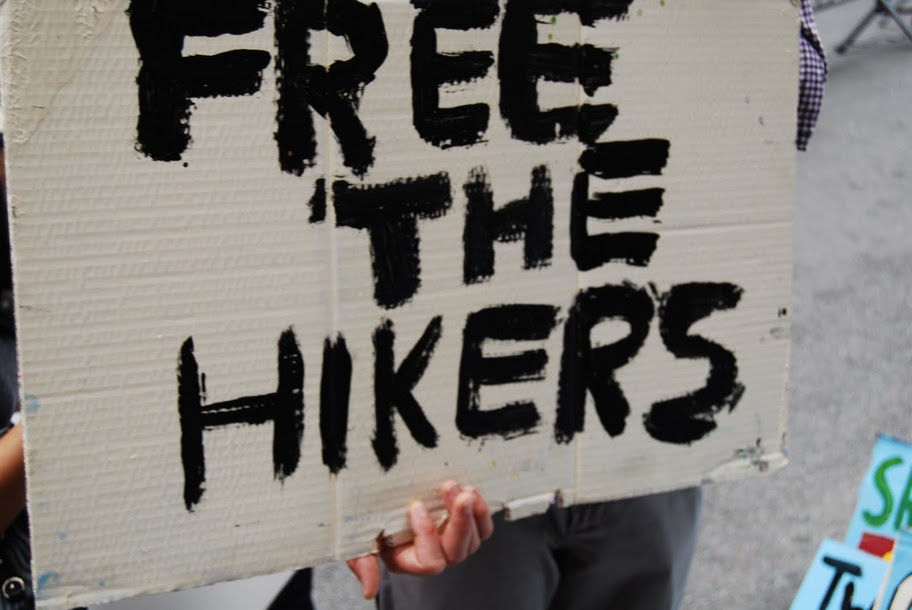 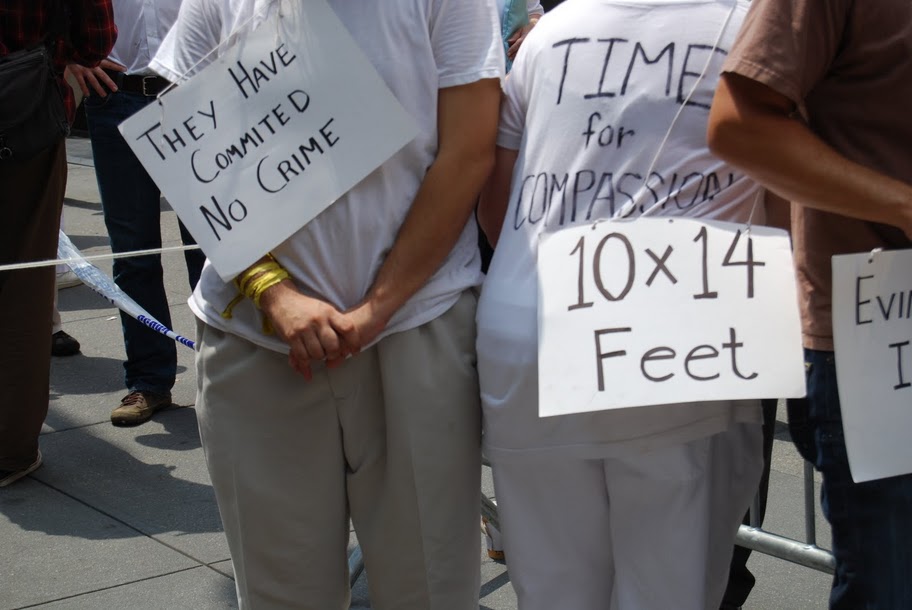 The size of their cells