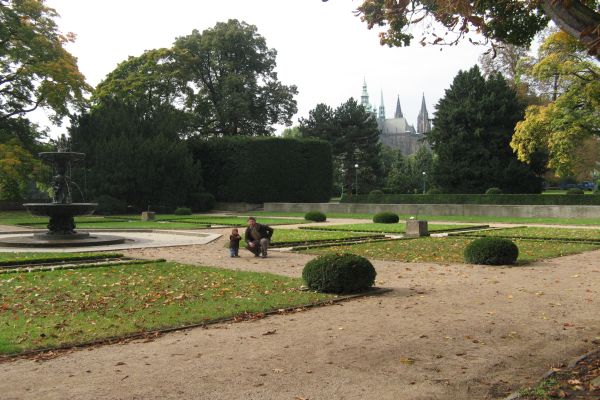 Before Communism fell, Prague was often associated with the noxious coal smoke that blackened its copper spires, and the meat-and-potatoes fare offered at every restaurant. Today, though, travelers don’t have to give up their green values to enjoy the city.

Getting There
If you’re flying into Prague, transport from the airport is easy. The #119 bus runs from the airport to the Dejvicka metro station on the green line — which, in turn, brings you anywhere else in Prague you’ll need to go. Buy a 26 Crown, 70-minute transfer ticket to cover both the bus and the metro ride for the greenest, cheapest, and fastest way into town. The city is currently working on extending the metro to the airport, which will make this commute even easier.

Already in Europe? Getting to Prague is just a trainride away. Clean, comfortable trains run from all over Europe. The main train station, Hlavní nádraží, is in the center of the city, just blocks from Wenceslas Square. Or, just hop off the train and onto the metro — Hlavní nádraží is a metro stop on the red line.

Eats
Scanning the menu for options beyond the traditional meals of pork knee and white bread dumplings? You’ll have to look beyond Czech cuisine, as the only vegetarian entree at most restaurants is smažený sýr – fried cheese – and vegetables are mostly used for garnish. Soukenická Street in the Staré Město quarter offers a variety of options for vegetarians and vegans, including the long-time veggie mainstay Dahab, with Arabic and Mediterranean food and an extensive list of teas.

Right next door is the newer restaurant,Himalaya, serving authentic Indian food that uses fresh organic vegetables wherever possible. At the end of the street is Govinda, where Hare Krishnas have been dishing out vegetarian food cafeteria-style since 1995.

During the warmer months, frequent one of the new farmers’ markets, with offerings like locally grown produce, organic goat cheese, and freshly baked bread. Although fairly new, farmers’ markets got off to a running start with the first market opening to long lines in March 2010. Try out the Náplavka Market at Palackého náměstí, right along the Vltava River. 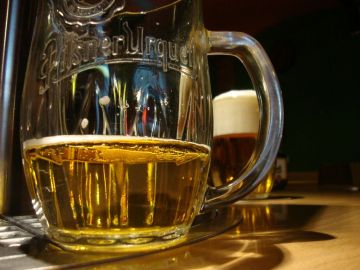 Be sure to try the Czech beer! Photo Credit: Eleanor Graf

Drinks
Head for the closest pub to taste the local specialty– Czech beer! The Czech Republic brews beer made from locally grown wheat, barley, and hops, and the country has numerous microbreweries, many in continuous operation for hundreds of years. In Prague, try the famous U Fleků Brewery and Restaurant, brewing beer since 1499.

Sleep
There are many green sleeping options found throughout Prague. If you have the cash, try out the brand-new Mosaic House, featuring the first greywater recycling unit with heat recuperation technology in the Czech Republic. On the lower end of the price scale is a dorm bed at the EcoHotel Adalbert, which earned the European Union’s EcoLabel, a certification of its pursuit of a greener bed.

Take a Hike
Although air quality is remarkably better than it was even 10 years ago, take to the hills for the freshest air. Prague is home to several massive parks where a visitor can hike, bike, or even grab a beer at an outdoor beer garden. 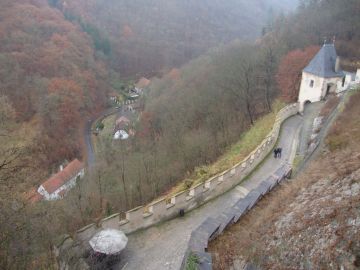 A popular local favorite is Letna, which has its own beer garden with lovely views of Prague, hosts a summer festival and is super accessible – just walk across the Vltava River on Revoluční třida (Revolution Street) and head up the hill. The recently renovated Grebovka Park in Vršovice is well maintained by its private owners – you might even spot the guy riding the dog poop sucker machine! You can find spectacular views of the city, its own vineyard, multiple children’s playgrounds, and a restaurant.

On the edge of town, Divoká Šarka (Wild Šarka) is a big attraction in winter, when the main pond freezes over enough for ice skating. All year-round, this massive park has multiple trails well marked by the Czech Tourist Club, an organization that has been mapping trails and guiding hikers and bikers with multicolored flags all over the country since 1888. Their detailed maps of Prague are map numbers 36 and 37 at any bookstore – look for knihkupectví.

Getting Out of Town

The Czech Republic has one of the densest rail systems in Europe, making travel to the rest of the country (and in and out of the country, for that matter) easy, efficient, and environmentally friendly. Skip cars entirely. Transport from the airport is quick and inexpensive by bus to the main station or to the closest metro stop. From Prague, you can take side-trips by train to any countryside destination, from the Karlovy Vary (Carlsbad) spas to the fairytale-like castle of Český Krumlov. Check out the bus and rail schedules here: http://www.idos.cz. Or, cycle yourself to your next destination- the well-maintained cycling paths from Prague to Vienna bring you through countryside in between the two big cities.

Tagged
National Parks Prague, Czech Republic
What did you think of this story?
Meh
Good
Awesome

10 Signs You're Going Through Prague Withdrawal

A Night Out in Prague With Becherovka

How To Celebrate Christmas in the Czech Republic

How To Totally Botch Your Trip To Prague

What NOT To Do in Prague

11 American Habits That Saved Me in Prague