When Roman Peter arrived for his second season on Koh Lipe, the small island in the Andaman Sea of Thailand fell short of the paradise he’d remembered.

“When I came back this season we stopped at a small beach and everyone starting taking pictures, and it was beautiful,” he said, “but then I saw the whole beach was covered in trash — many plastic and glass bottles.”

A few years ago, Koh Lipe was regarded among the last untouched corners of Thailand. Though it is part of Tarutao National Park, Lipe is exempt from the laws that keep nearby islands in the park undeveloped. Still, for years it was well preserved, an incredible jumping-off point to explore the more remote islands of Tarutao while itself remaining largely unaffected by the mega-tourism afflicting in the rest of Thailand.

As popularity surged in places like Phi Phi, Phuket, and Lanta, Koh Lipe maintained its idyllic atmosphere, attracting a small community of expats interwoven with the local people, and a few intrepid travelers here and there. But the charm gained recognition, and within the span of a few years the sleepy paradise fastened solidly to the radar of travelers, vacationers, and honeymooners alike.

“When we got here everything on Walking Street was still bamboo,” said San Francisco native Jessica, the owner of Elephant Books and Coffee on the island. “A lot of people come back here and freak out because they haven’t been here for four years and think it’s ruined, but change is totally inevitable anywhere you go, not just for Thailand. Even though there are more buildings on the islands than there used to be, the feeling of the island is still the same.” 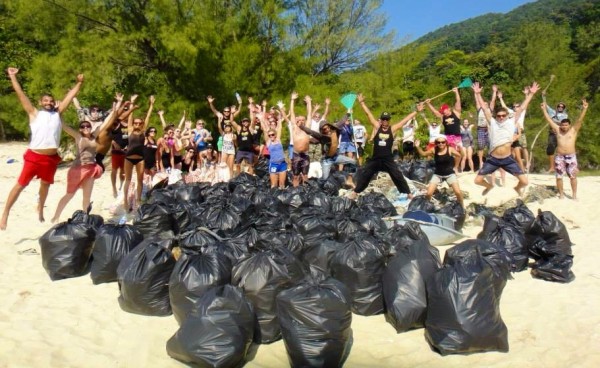 Locals may insist the island atmosphere is unaffected by the increase in tourism, but the environment has taken a hit. Roman wasn’t the only one who noticed — much of the local community is growing concerned about this negative impact. The Swiss-born IT-security-professional-turned-traveler-turned-dive-instructor began the environmental activism discussion on Koh Lipe, navigating local politics to figure out how he could help.

“Then we just started [Trash Hero Koh Adang],” Roman said. “At first everyone was talking about when we should start it — in one week, two weeks, three weeks…and I said no. We’re going to start the day after tomorrow. We need a boat and a few bags and we just go, and then we’ll see what happens. We’ll just try.”

“Now we’ve collected 12,000 kilos of trash from the beaches,” he said. “And I’m so surprised with how many people are happy to help. That really keeps on motivating me to go further.”

The program has gained success on the island thanks to a mix of locals and tourists volunteering their time, but as the area enters low season Roman is determined to involve more of the local Chao Leh people to keep Trash Hero Koh Adang running year-round.

“We just had our most successful event, with 32 local kids coming out with us,” he said. “And that was the greatest reward for all the work we’ve done, because when we’re working with the kids, you can see we can change something.”

Roman screens short documentaries for the local kids that explain how pollution affects wildlife and nature. One video showed a bird, living in a polluted environment, that was killed by plastic and garbage it had ingested.

“All the kids were silent,” he said. “All watching in awe like they couldn’t believe there was a lighter inside of a bird.” 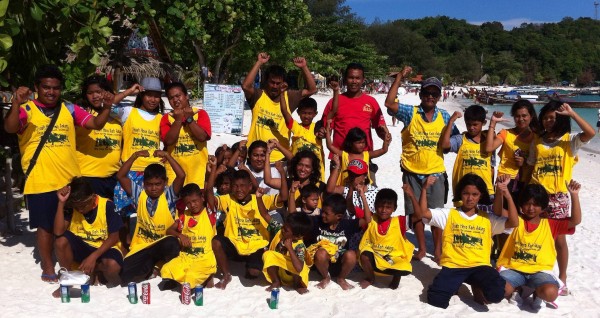 The group explained to the kids in Chao Leh and Thai that this same thing happens with the local fish and wildlife.

“These kids don’t really get that education otherwise,” he said. “In the beginning [the program] was just a few guys picking up trash, but now we realize we can do something big. I think we’re right on the start of it.”

Founded in August 2013, Trash Hero Koh Adang is based out of Koh Lipe and operates every Monday from 10am to 4pm — a few hours of garbage collection plus some fun on the island, a free boat trip and free food, water, and drinks. There’s no cost and no signup; the group meets at the front of Walking Street to set out and leave nothing but footprints.

Tagged
Expat Life Sustainability Thailand
What did you think of this story?
Meh
Good
Awesome