View all travel news
Top Countries
Top CitiesView All Destinations
Trending Regions
Trending Cities
Load More
Last year, I spent a month in the sleepy town of Mompox, Colombia. Who would have imagined all the social change going on behind closed colonial doors? 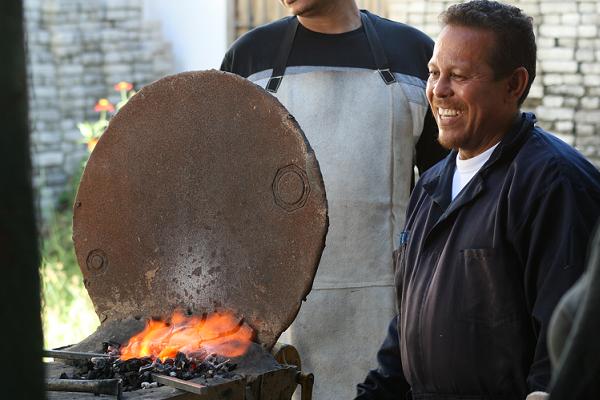 A student at Escuela Taller’s forge

Mompox, Colombia may be a UNESCO World Heritage site, but if you stopped for a short visit, you’d hardly know it. Located on the banks of the Magdalena River, Mompox is geographically isolated, and for the rest of Colombia–especially the government, Mompox is out of sight, out of mind.

There are some magnificent colonial structures here, and a marker designates the spot where Simon Bolivar (or “The Liberator,” as he’s known) set off on various journeys to secure the region’s independence from Spain. 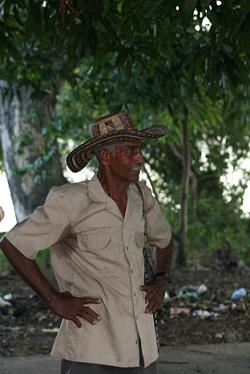 It’s rumored this is the town that inspired Nobel literature laureate Gabriel Garcia Marquez’s fictional town of Macondo… and the longer you stick around and the more you observe, the more inclined you are to believe that.

But at first glance, there’s not much to recommend Mompox. The streets are dusty. If the weather’s been bad, staple foodstuffs might not have arrived from the other side of the river, though there’s always plenty of Aguila beer.

Unemployment is high, so lots of men spend their days lounging along the river, listening to the same track of songs spool off the bar’s blaring sound system.

They talk about better days–the ones before the dam was built up river, when their fishing and farming actually yielded something to support their families. 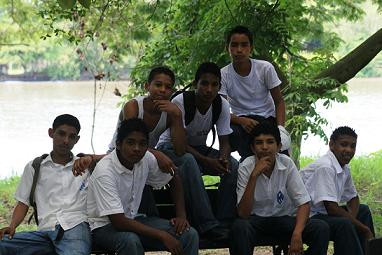 It’s depressing to think about, really. The kids stare at you blankly when you ask about their future plans. College? Dreams?

Many of their parents have left Colombia to look for work in Venezuela. Some of them don’t have electricity. Despite their incredible intelligence and talent, their prospects aren’t promising.

And yet, behind closed doors, there’s lots of homegrown social change going on, led by people who love their community, don’t want to leave it, and aren’t willing to wait for the government to solve their problems.

Castro, an architect by training, is the director of Escuela Taller (“The Workshop School”), a vocational training program that works with both teens and adults to improve their academic and employment possibilities. Castro describes Mompox as a 21st century town stuck in the 18th century. “From the perspective of an architect, this is marvelous,” he says. “But from a social perspective, it’s a disaster.” 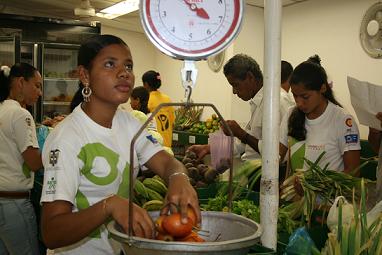 Castro oversees an ambitious and diverse cluster of projects that are intended to help some of the town’s most vulnerable citizens: sexually abused children, adolescents from poor families, and former paramilitary members.

The school has several workshops around town; tucked away behind colonial doors, teens learn culinary arts and hospitality service under the direction of a professional chef; 20- and 30-something year old men learn blacksmithing and woodworking; and young women and men are instructed in the art and science of metallurgy, keeping alive a tradition of filigree jewelry making that has made the town famous in Colombia for more than 100 years.

“The purpose of Escuela Taller’s programs,” Castro says, “is twofold: first, to involve young people in education and work, and second, to rescue and sustain our culture by teaching students our traditions.” 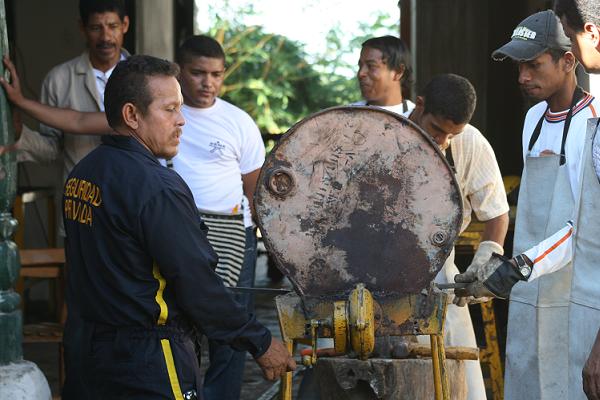 A group of students practice in the school’s forge.

The town’s annual budget of $6 million USD is hardly enough to cover all of Mompox’s basic expenses, much less fund programs like Escuela Taller. When I was there, the local nursing home had been operating without any money for eight months. Keeping such services up and running is a job that nobody envies, but which is fulfilled by people in key positions around town by relying upon good will, creativity, and a long credit line.

Castro’s programs–the cost of which exceeds Mompox’s budget several times over– are largely funded by the Spanish government. The investment pays off: 70% of the school’s graduates go on to find work in their field of study, though their jobs often take them beyond Mompox’s watery border.

There’s lots more Castro would like to do– his most ambitious dream is to collaborate more closely with the local government so students can get hands-on experience renovating their own town through the skills they’ve learned, a goal that seems reasonable enough but which is frustrated by bureaucratic red tape. For now, though, Castro’s happy to go home at the end of each day knowing Escuela Taller’s programs are helping his town and its next generation.

Some of the most interesting social change programs are projects no one outside the local community has ever heard of. What sorts of projects have you seen on your travels? What are the characteristics of successful social change organizations? Share your experiences in the comments.

Tagged
Activism Narrative Colombia
What did you think of this story?
Meh
Good
Awesome