Folks up and down the Hudson Valley are still grieving the loss of Pete Seeger, who died at the age of 94 on January 24, 2014. Considered to be one of the most influential people of the 20th century, Seeger was one of the first individuals to believe that the Hudson River could be clean again. In addition to rallying people to care about water quality in the Hudson Valley, he inspired communities across the nation to found watershed groups dedicated to their local streams.

I first listened to Seeger’s songs about the Hudson River as a freshman in college. So moved by his vision and call for action, after graduation I found a job at a nonprofit organization at the headwaters of the Schuylkill River, where over 160 abandoned mine sites compromise water quality. There, I lead outreach and design programs that connect local students with their watershed. Although some days the work seems endless, I find hope when I reflect on Seeger and all that has passed in this one man’s extraordinary life. His vision, needed more now than ever before, still sings.

Today, nearly five million people live in the Hudson Watershed, in addition to over 200 species of fish and 20 pairs of nesting bald eagles. The river sweeps 325 miles from Lake Tear of the Clouds in the eaves of the Adirondack Mountains, through New York State’s bucolic farmlands, and into a tidal estuary stretching more than a hundred miles to Manhattan. Yet in many ways, the people drawn to live on its banks or appreciate it as a recreational resource forget how far it has come.

“At the time Seeger began to sing about his ‘golden river,’ its waters were so severely polluted it was like one giant sewer from Glens Falls to Battery Park,” says Manna Jo Greene, Environmental Director of the Hudson River Sloop Clearwater. “You could tell what color they were painting cars at the General Motors plant.” The water ran red, blue, green, with solvent and paint squeegeed into a drain that went straight into the river.

Seeger saw beauty through this filth, and in 1966 he resolved to “build a boat to save the river.” Three years later, he launched the Clearwater, a vessel that captured the character of the sloops that once plied the Hudson’s currents in the 18th and 19th centuries, and came to be known as the Flagship of the Environmental Movement. Seeger’s songs, which resounded from the Clearwater’s bow and the banks where it moored, were a magnet attracting crowds by the thousands. One by one, Seeger’s fans signed petitions demanding a cleaner Hudson, putting pressure on Congress to pass the 1972 Clean Water Act.

“All of Pete’s songs had a message,” Greene states, “a message about a clean river, freedom, peace, and justice. Pete empowered people and inspired them to take action. But he also created a lot of work for the rest of us!”

More than 40 years after the Clean Water Act, environmental organizations in the Hudson Watershed are still struggling with the legacy impacts of unregulated industry. Toxic polychlorinated biphenyls (PCBs) dumped by General Electric for decades still lurk on the Hudson’s bottom, contaminating sediment and limiting fish reproduction. Although most of the 1.3 million pounds have been dredged since 2009, there are approximately 136 acres outside the area delineated for cleanup.

The Hudson River has always been a working river — used hard and loved deeply across the centuries.

Rising levels of nitrogen and phosphorous are now becoming serious concerns for the Hudson. One of the primary sources of this spike is the discharge of billions of gallons of raw sewage that pour into the river every year during heavy storm events. Many treatment facilities built in the 1970s are reaching the end of their lives and cannot keep up with elevated flows. Overwhelmed by as little as 1/20th of an inch of rain, they flush untreated waste into the river. Bacteria and algae thrive on this slurry, depleting oxygen and suffocating aquatic life.

Climate change also sits at the top of the threat list. More frequent storms exacerbate pressures on infrastructure like aging sewage treatment systems, while wreaking economic devastation on communities flooded by their own impervious roads, parking lots, and roofs. Sea level rise will also push back wetlands, changing the ecology of the Hudson’s shoreline and threatening transportation avenues — road and rail — that hug the river’s banks.

The magnitude of natural gas and crude oil traveling by train and tanker along the Hudson corridor poses a high risk of spills that could set back water quality achieved since the Clean Water Act in an instant. Additionally, the Algonquin pipeline moves high-pressure natural gas directly under the Indian Point nuclear power plant perched on the river’s shore. This interface of volatile fuels with water resources and the proposition of hydrofracking looming on the horizon suggest the stakes for cheap energy are only going to rise.

Finally, we’re facing new challenges in the realm of water quality never dealt with in human history. Emerging contaminants like hormonal residues from birth control pills, the chemical byproducts of chemotherapy, and even caffeine leave our bodies and enter the water cycle whenever we flush the toilet. Sewage plants were not built to detect or remove these pharmaceutical pollutants, and science is only beginning to understand their consequences. 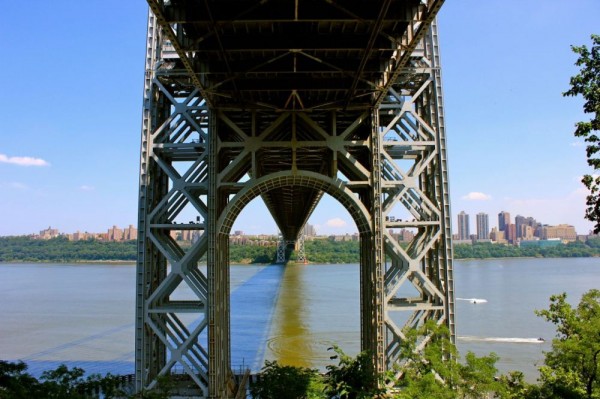 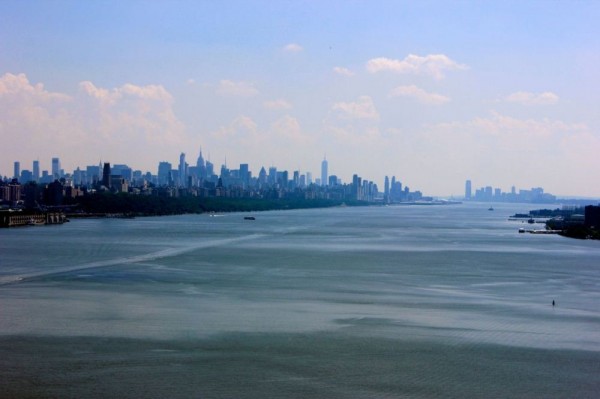 “Where do you begin when so many things we do present problems?” asks Simon Gruber, President of the Hudson River Watershed Alliance. The challenge Hudson stakeholders face is not a simple list, but rather a tangled web of issues exacerbated by the sheer scale of the 13,390-square-mile watershed.

Nonetheless, the New York State Department of Environmental Conservation is in the process of drafting a new action agenda to develop a unified approach for watershed planning and protection. Input from stakeholders, including fishermen, small boat owners, local decision makers, and environmental activists, will be incorporated into the vision.

“We already know so much,” Gruber asserts. “But we are much further along with our technical tools and best practices than our political will and social mechanisms to employ them.”

Pete Seeger’s songs hold this note, floating over the Hudson and reminding us that environmental justice does not win itself. At times the fight may feel impossible, but battles are being won. Children swim in the Hudson again. Atlantic sturgeon are returning to the headwaters in higher numbers than ever before. And for the first time in 90 years, the Sawmill River flows above ground, after activists leveraged $34 million dollars to bring the watershed to the surface.

The Hudson River has always been a working river — used hard and loved deeply across the centuries. When the valley was first settled, people built their homes facing the water, for the river served as their connection to the rest of the world. Only later, when the industrial revolution transformed the Hudson into little more than a sewer and a cheap way to transport goods, did communities begin to turn their backs on it.

It took a man, a boat, and a vision to turn them around one by one.

Although the Hudson is far from pristine today, the beauty that Pete Seeger saw in it decades ago and believed in his entire life is slowly becoming clear. 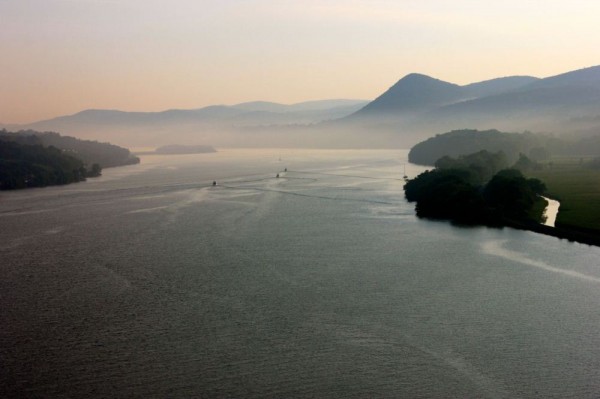