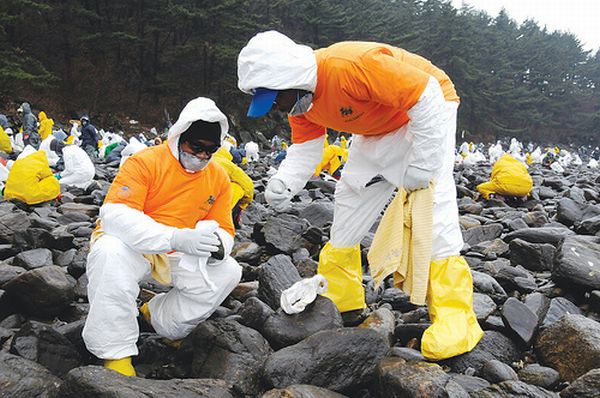 Feature Photo: ben.gallagher / Photo above: U.S. Army Environmental Command
More than 200,000 gallons of oil a day are leaking into the Gulf of Mexico from a well at BP (British Petroleum)’s Deepwater Horizon rig site, nearly 5,000 feet below the water’s surface.

On April 20th a BP oil rig was preparing to cement a well shut, so it could later be bored for oil, when it exploded. The rig sank, the riser broke, and the “blowout preventer” (a system of valves and hydraulics designed to prevent oil from leaking out) failed. Eleven people were killed, and dead animals have begun washing ashore.

Many people hear the phrase “oil spill” and think of the Exxon Valdez spill, but experts say this is WAY worse.  The Exxon Valdez tanker had a limited supply of oil, while this situation has been compared to “an upside-down faucet, just open and running out” that may take months to contain.

Add to that the type of oil that is leaking into the water.  The heavier blend that comes from deep under the ocean floor emulsifies well with water, meaning it doesn’t evaporate as well, isn’t rinsed off as easily, and isn’t as easily burned as lighter oil.  This makes the regular methods of clean up considerably more difficult.

As if that’s not bad enough, there’s more. 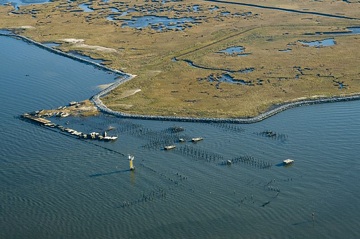 The oil might have had a chance to rise to the surface without immediately emulsifying, but the wind and the waves are accelerating the oil and water mixing process.  This toxic mix is then being pushed towards some of the United States’ most sensitive coastal areas – the marshlands in Louisiana and the surrounding states.

Marshes are so delicate that even cleaning them can be dangerous.  Once the oil gets in there, it will be nearly impossible to remove without damaging the fragile ecosystem.

The U.S. Coast Guard had set up several booms (that are beginning to break down due to the weather) and have been talking about a controlled burn as early as Wednesday.  BP has been attempting to use robot mechanics and is developing another idea that involves “subsea oil collection systems” that will still require two to four weeks to build and install.  The best hope might be summer hurricane season as a hurricane could actually help disperse and distribute the oil.

How you can help

Whether you live near the Southeast U.S. or not, you can sign up to volunteer with the Sierra Club in a variety of ways – wildlife rescue/shoreline clean-up, recruiting volunteers, writing letters or contacting officials, working a phone bank, or even blogging.

There is also a list of organizations by state that will need volunteers for wildlife rescue/shoreline cleanup efforts.

Florida:  Save Our Seabirds

The potential for an oil disaster isn’t the only problem with Big Oil.  Check out The Trouble with Black Gold: 7 Sins of Oil Production.

What did you think of this article?
Meh
Good
Awesome
Bookmark
Posted In
Environment
Destinations
Louisiana, United States