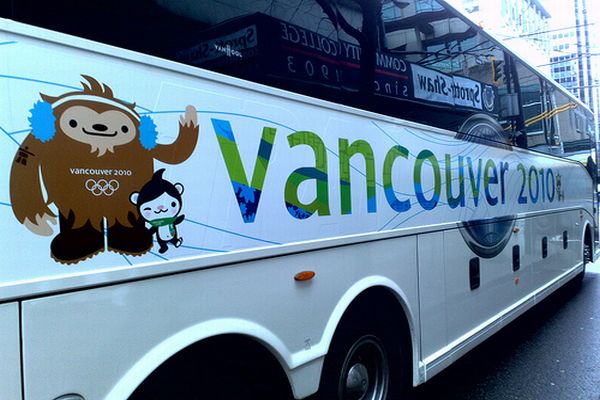 Feature Photo: chrissatchwell / Photo above: roland
Shaun White, Apollo Ohno, sustainability… wait, what?  At the 2010 Olympics, sustainability is just as big as the athletes.

In a time when just about everyone is doing their part to lessen their environmental impact, it’s exciting to see the trend catching on at a bigger level.  Concerts, conferences, and even the Olympics are becoming “greener.”

According to the Vancouver 2010 website, the Olympic committee researched local and global sustainability issues, as well as past Olympic Games to decide which practices to put in place.  The committee went beyond recycling and conserving by including “social and economical dimensions of sustainability.”

Some of the initiatives taking place this year to create a more eco-friendly Olympics include:

The sustainability practices will be monitored during the Olympics and initial dissolution phase (April 30, 2010) and then a final report will be issued.

This is a major turning point for the Olympics, and possibly sustainability practices around the world.  It’s not just about the events this year in Vancouver.

If you’re headed to the Olympics, you’ll definitely want to read Olympic Sidetrips.

Not everyone thinks the Vancouver Olympics are good for the community. Read Chris Vandenberg’s article, The Dark Side of the Olympics for an alternate perspective.

What did you think of this article?
Meh
Good
Awesome
Bookmark
Posted In
Sustainability
Destinations
Vancouver, Canada

For the future of plant-based burgers, chefs are looking to ancient history

You can now buy a subscription to offset your carbon emission