Scratch that — many of them are already dead. Bark beetles surviving warmer winters started the job, and the multi year drought is finishing them off. According to the Forest Service there are now 66 million dead trees in California — laid end to end, it’s enough to stretch to the moon and back. Twice.[1] A once vast emerald carpet reaching to the horizon is now covered with angry splashes of red, orange, and brown, stretching for miles, as our formerly evergreen forests take on the warm hues of New England.

While you’re letting that sink in, think about what’s going to happen next. As the drought and warmer conditions expand, forest fires will get even worse. Just three years ago the Rim fire near Yosemite caused 250,000+ acres of forests to burn, and this year there have already been more than 4,000 different fires. And a fire burning right now in Big Sur just became the most expensive fire to fight ever. 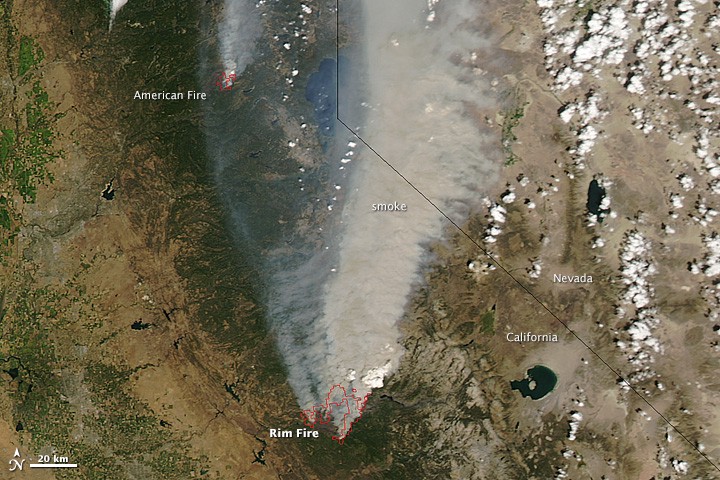 While historically fire could be good for the forests (some trees only drop their seeds when the feel the hot licks of a fire on their flanks), thanks to 150 years of fire suppression our forests are now so overgrown that they don’t burn in a normal, healthy way. Instead they explode, seething with heat, leaving a scorched moonscape. What was a dense pine ecosystem could become a permanent barren oak and scrub. You’ve heard about too big to fail? These forests are too thick to burn. And yet they will.

And that is a climate change nightmare waiting to happen. Forests are normally big carbon sinks: trees grow and absorb carbon, when they die it’s released, and new ones absorb the carbon again to grow. But when they are burned, it’s released all at once. And that huge pulse of carbon will make a bad climate problem much worse.

California is already doing a lot to fight climate change — the state has just upped the ante by committing to getting at least half our energy from renewable resources , and then went one more by passing SB 32 which commits California to slashing its carbon output to 40% of 1990 levels by 2030. Meanwhile Governor Brown is taking an “all hands on deck” response to the forest health crisis with a formal declaration of a state of emergencyordering all state agencies to figure some way of turning all those dead trees into something useful, like energy.

But because things can always get worse — they are. Right as this crisis is really taking off, almost a dozen of the state’s largest power plants that currently accept biomass as fuel ( they burn it to make steam to make electricity ) are about to close, as their expensive 30-year old contracts with PG&E expire and may not be renewed. So right when we need every possible way to get rid of forest biomass ( it’s literally piling up throughout the forest) we are losing some of the biggest tools in our shed.

What California needs is a *cheap* way to turn all that kindling into clean energy, while sequestering carbon. As it turns out, there already is one. It’s called a biomass gasifier, and it just might be the thing to give our forests — and climate — a fighting chance.

Biomass gasifiers turn organic waste like dead trees into clean energy, by converting solid hydrocarbons from biomass into a hydrogen dense vapor that can burn just like gasoline in a car, and in the process sequester carbon. It works through partial combustion in a low oxygen environment. While it may sound some Back To The Future-style Mr. Fusion kind of idea, in fact the technology for how to do this has been around for a long time, having been largely forgotten until the climate emergency made it relevant again.

During the last great global crisis, World War II, over one million vehicles in Europe went through a crash conversion to run on wood gas — in just five years — because all the liquid fuel was going to tanks and airplanes. Virtually overnight, a whole new way of making and using energy was put into place. 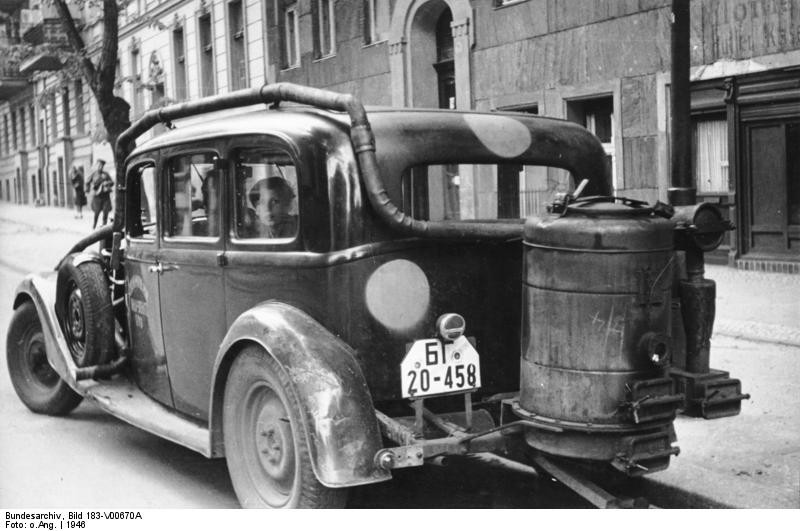 Suddenly there were hundreds of thousands of Mr. Fusion’s driving around Europe. Even London buses got in on the action…. 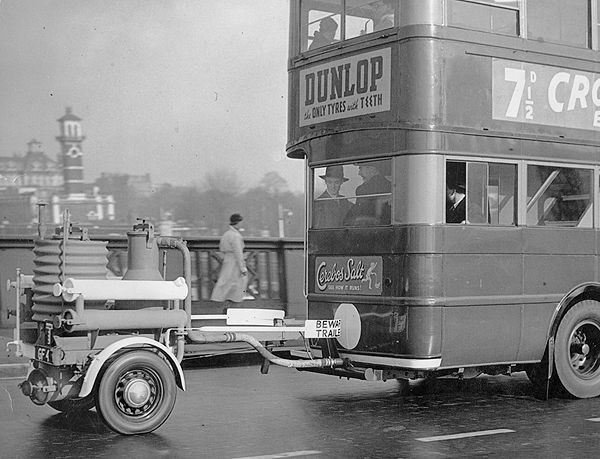 Then we won the war and liquid fuel came back, and the clever way to run engines on wood was largely forgotten.

Today another global emergency is confronting us, one arguably of even greater threat to humanity: climate change. 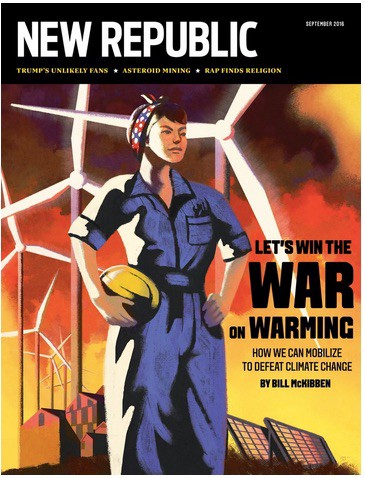 In the New Republic, Bill McKibben lays out just how at risk we are, how late the hour in this fight, and says if we really want to succeed in the fight against climate change it’s going to take a World War II-style all out mobilization.

Biomass gasification can help us win this war, just like it helped us win the last one. We can take the dead trees out of our forests, turn them into clean energy, and sequester millions of tons of carbon.

Our company, All Power Labs, is building tools to do just that. The California Energy Commission gave us a grant to commercialize a 150kW portable biomass gasification system known as the Powertainer — when released next year, each one will turn 1,000 tons a year of forest waste into low cost, on-demand, carbon negative energy. The potential is enormous: there’s enough dead biomass in California to provide almost 10% of the state’s energy. 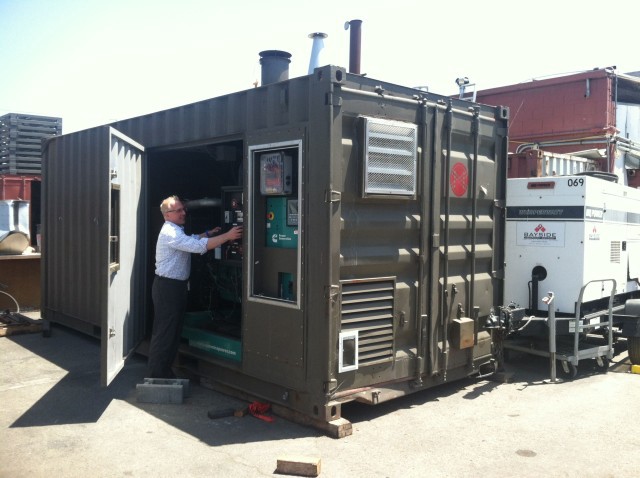 Stepping back and thinking really big, if we did this at a global scale we could actually reverse climate change. Read that again. One million Powertainers could sequester enough carbon every few years to actually reverse the global atmospheric carbon ( known as PPM ) 1 point. Say from 400, to 399. And then keep turning it back, year after year. It’s not enough to do the whole job, but it’s a big big start. In fact, it may be the only way we can meet our climate goals. 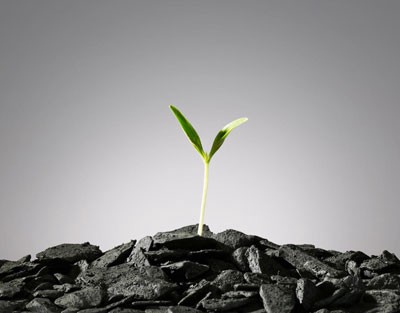 Biochar safely sequesters carbon while boosting biomass growth by as much as 20%.

Making one million gasifiers would only take the manufacturing capacity of about four Tesla factories. And using about 1% of the world’s biomass would produce 1,000 terrawatt hours of clean, cheap, carbon negative energy — right where and when we wanted it most. (That’s about 25% of the US total). Meanwhile dozens of other climate reversing technologies are in development — stay in touch with the latest via the Center for Carbon Removal. And that means reversing climate change is truly within reach — if we act, quickly.

So we have a choice. We can let the dead trees stay in the forest, where they will with 100% certainty burn and dump millions of tons of carbon into the sky. Or go on a crash program to bring to market technologies that can help us make clean energy while sequestering carbon and cleaning our air.

This fight against climate change represents an enormous challenge. It’s also one of the greatest business opportunities that’s ever existed, one that will be just as transformative — and create as much disruption and wealth — as the Second World War. So let’s go find some solutions. Maybe one is to go Back To The Future in the fight against climate change. The technology our company makes is one solution. There are bound to be many others. After all, this is California — the future is invented here.

The only choice we don’t have is when to start.

This article originally appeared on Age of Awareness and is republished here with permission.