Police in Russia might be known for cracking skulls and taking bribes, but now they’re taking on a truly civic-minded task: teaching you how to properly take selfies.

Citing a recent string of selfie-induced accidents — some of them deadly — the Russian Interior Ministry on Tuesday launched an information campaign to instruct citizens on the safest ways to get those memorable shots.

“When a person is trying to photograph themselves, their attention is scattered, they lose their balance, they don’t look look around and feel no danger,” the Interior Ministry said in a statement. 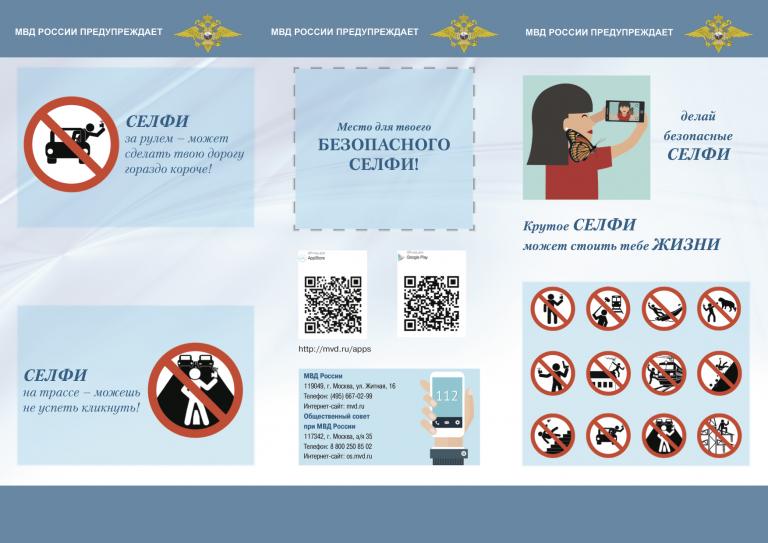 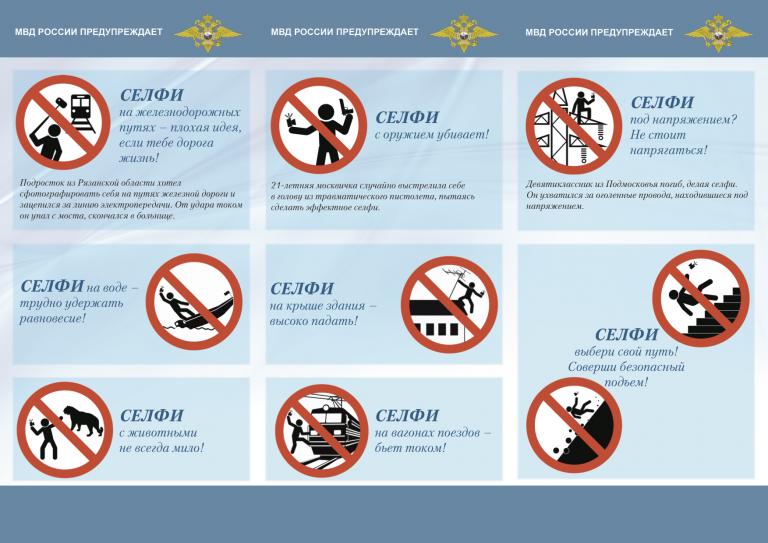 Some of the above tips — such as advising against selfies with wild animals, firearms, or at significant heights — may seem like no-brainers. But Russians have proved there’s little they won’t do for a solid selfie.

Among the more memorable cases was an incident last month when a drunk Siberian man accidentally toppled a statue of Vladimir Lenin while trying to photograph himself with the Communist leader.

Then there were the two fishermen — also in Siberia — who wound up in the hospital after reportedly attempting to take a selfie with a snake, their hands swollen from venom.

But the practice has also had far more tragic consequences.

Just last weekend, a 21-year-old Muscovite fell to her death from a city bridge during a selfie attempt. In May, another 21-year-old woman accidentally shot herself in the head with a non-lethal pistol, causing severe injury, while trying to strike a pose.

Other grim incidents involving selfie-takers have included electrocutions and even deadly grenade explosions. In fact, police reported that about 100 people have been injured and at least 10 killed since the beginning of the year while attempting selfies.

It’s not just the police who are worried.

A civic group called For Security recently petitioned the Education and Science Ministry to introduce lessons in Russian schools — featuring psychologists, cops and professional photographers — on how to take safer selfies.

“It’s necessary to impress from childhood that such an easy path to accomplishment is dangerous,” Dmitry Kurdesov, the group’s director, told the Izvestiya newspaper this week.

By Dan Peleschuk, GlobalPost
This article is syndicated from GlobalPost.

Tagged
Travel Safety Russia
What did you think of this story?
Meh
Good
Awesome