The second-largest Caribbean nation is home to an incredibly diverse landscape complete with sand dunes, stalactite caves, Caribbean’s highest peak and its lowest point. Here is why the 10 spots below make the Dominican Republic a top choice for your next adventure trip.

Some of these spots are taken directly from travelstoke®, a new app from Matador that connects you with fellow travelers and locals, plus build trip itineraries with spots that integrate seamlessly into Google Maps and Uber. Download the app to add any of the spots below directly to your future trips.

A small fishing village of Las Galeras in the country’s northeastern Samaná province enjoys the vibes the rest of the Caribbean used to have before the growth of the all-inclusive resorts. The town’s one main road ends at a narrow strip of a beach, La Playita, where local fishermen park their boats overnight. At the nearby family-run Villa Serena, guests partake in water yoga and meditation rituals before heading to El Cabito, a cliff-hugging dinner spot with fantastic views of the sun setting over the Rincon Bay. 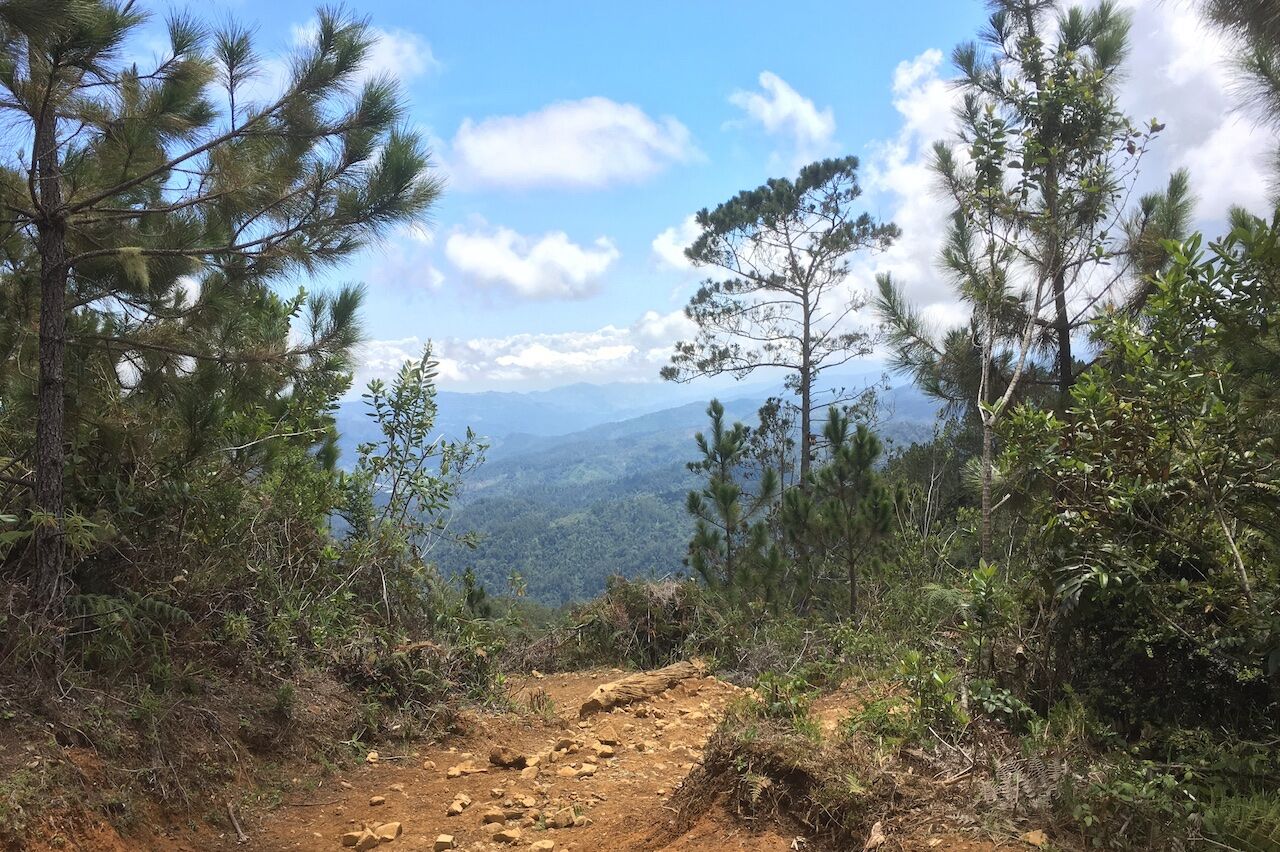 The Caribbean’s highest peak at 10,125 feet, Pico Duarte soars above the country’s largest province of San Juan. Hiking in the mountain and its surrounding areas is an experience you would not typically associate with the region as cool year round temperatures drop drastically in the winter. Starting the multi-day ascent at the town of La Cienaga, trekkers will pass pine trees and cloud forests on the way to the top and sleep at the wooden huts at La Compartición or Valle de Lilís camping grounds. Back in La Cienaga, Casa Bonita Lodge offers sessions of temazcal, an ancient Taino culture bath tradition, to wash off the mountain mud. 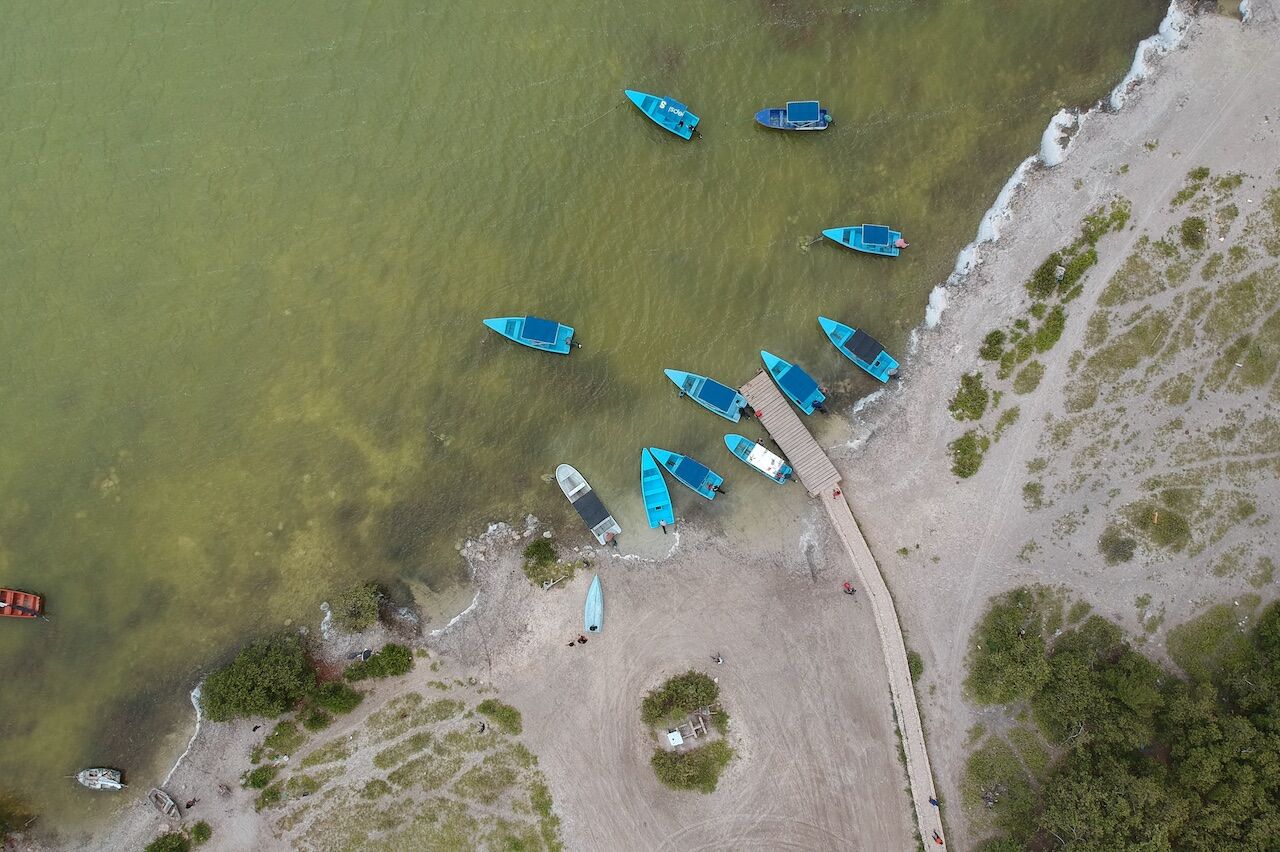 Limestone karst islands cut through thick mangrove forests on the way to hidden petroglyph-covered caverns in the Los Haitises National Park. Overlapping two northern provinces of Samaná and Hato Mayor, the area is popular with eco-tourists, but the number of annual visits is limited to protect the endemic bird and mammal species that inhabit the park today. Staying at Paraiso Caño Hondo eco-lodge is a unique opportunity to live on the outskirts of the park while learning about the ongoing park preservation efforts run by the property. 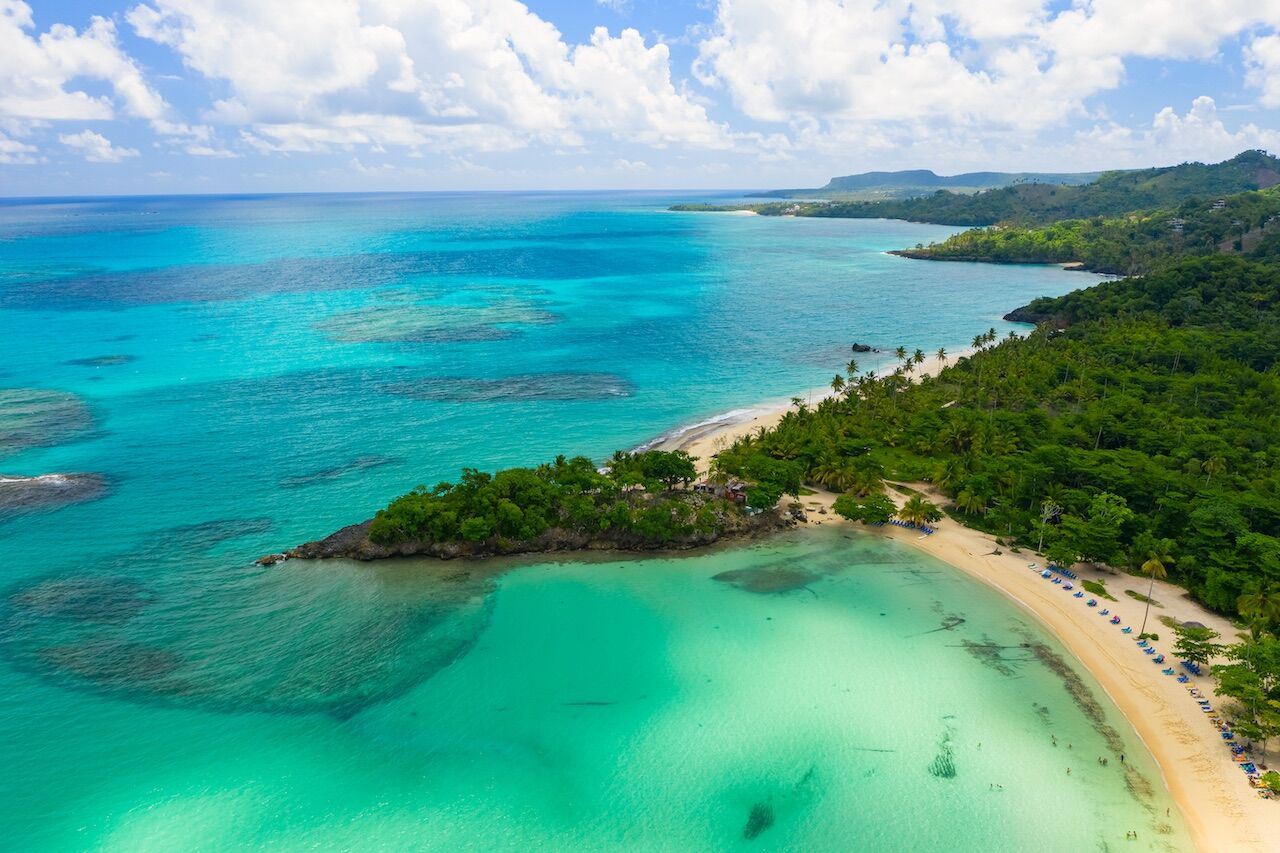 Flanked by two of the most ecologically-diverse provinces of the Dominican Republic, Samaná and Hato Mayor, Samaná Bay offers miles of beaches, tropical forests, and mountain excursions to nature lovers year-round. Its most coveted spectacle occurs each January through March when humpback whales come to the bay to mate and give birth to their young. Boat trips to the bay and the Los Haitises National Park can be arranged from The Bannister, a nearby coastal property.

The remote three mile beach in Samaná is so good we considered not adding it here for the sake of keeping it all to ourselves. Accessible only by boat, this uninterrupted stretch of sand is considered by some historians to be the spot where Columbus had first encountered the locals — and their arrows — in the New World. Today, the only fight at this beach is between the decision to jump in the salt bay waters or dip in the nearby crystal clear freshwater stream, Caño Frio. Makeshift kitchens by local families provide an excellent fare of Dominican staples to help with both choices. 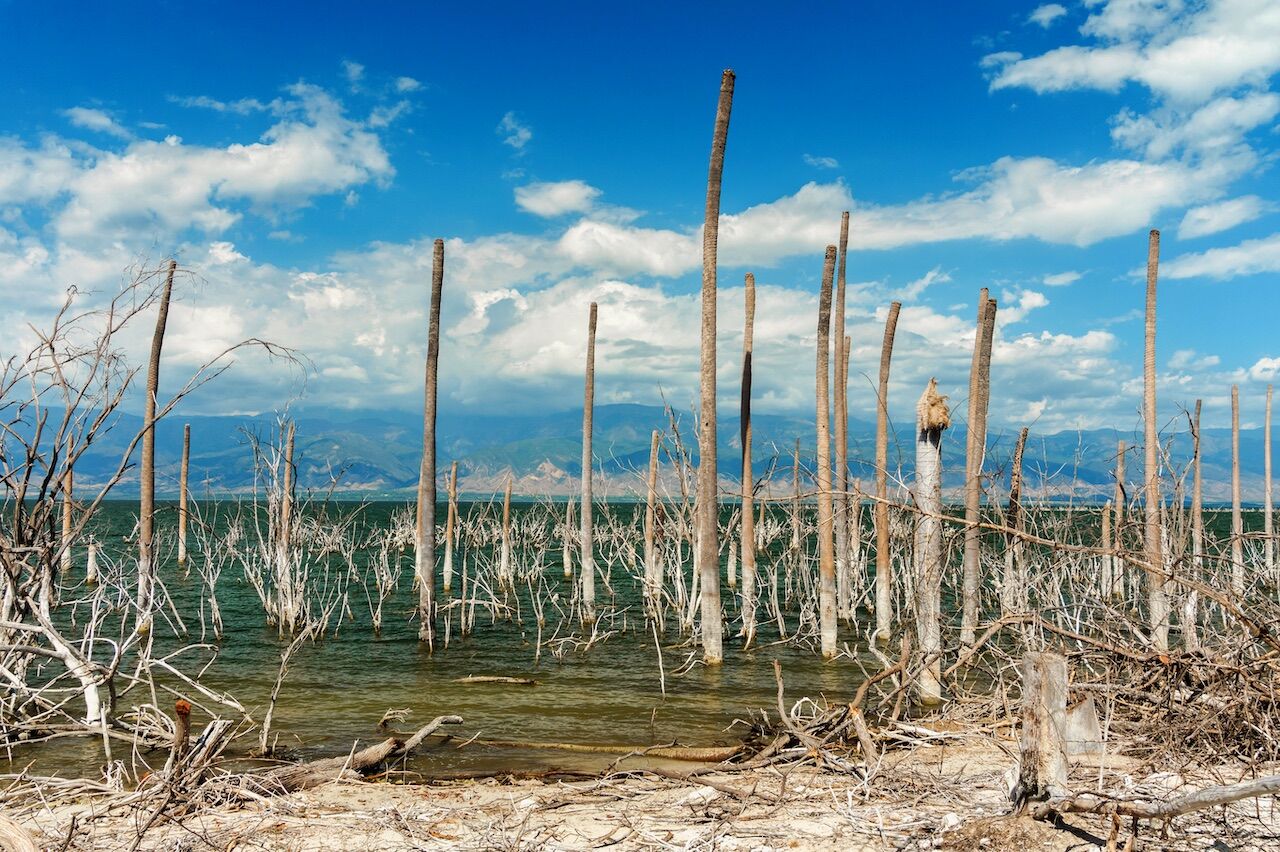 The largest saltwater lake in the country doubles up as the Caribbean’s lowest elevation point at 148 feet below sea level. Wildlife, such as the rare endemic species of Ricord and Rhinoceros iguanas or the largest population of American crocodiles in the region, flourishes in this remote southwestern area. Flamingos are frequent guests on the seven-mile-long desert island of Isla Cabritos. 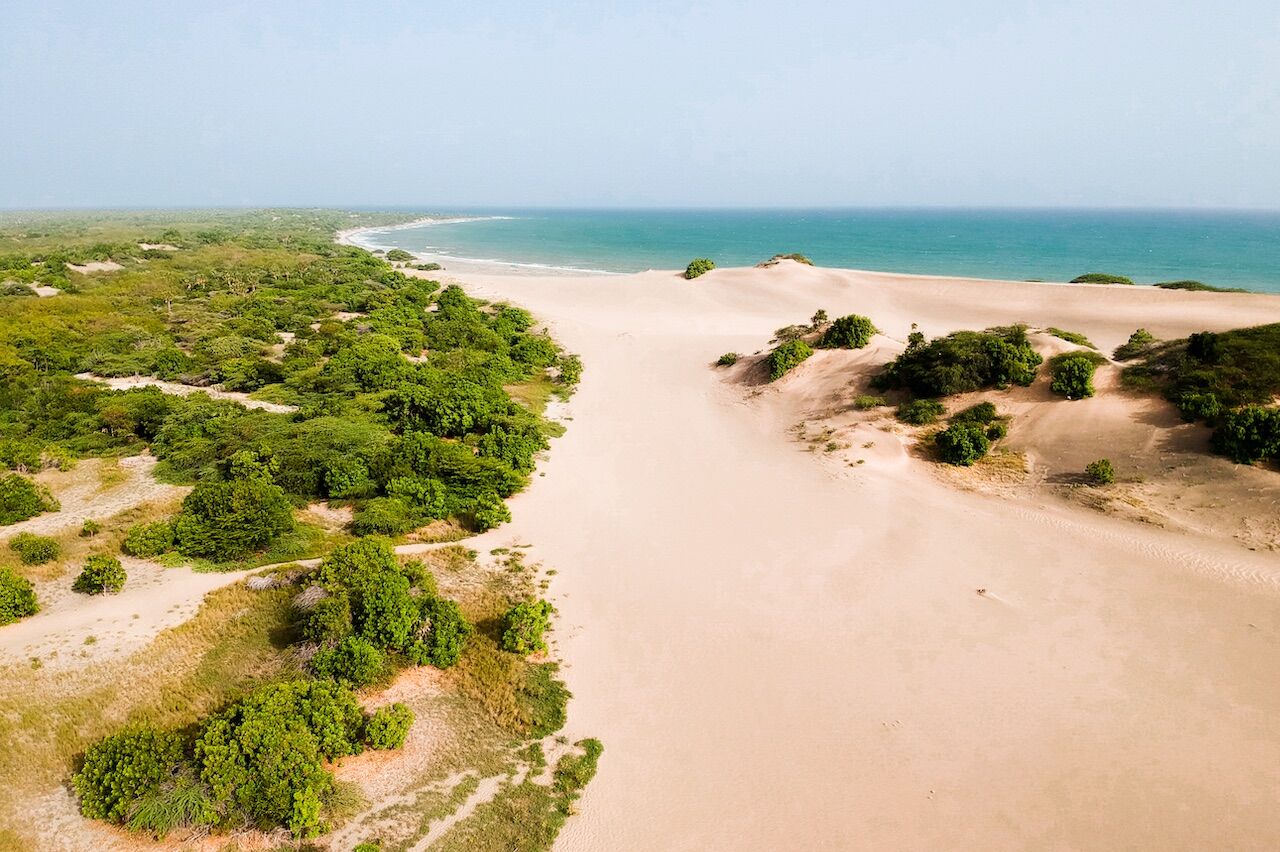 Cacti-covered Dunas de Bani in the arid southern province of Peravia are a remote outpost popular among wind and kite surfers. Reaching twenty miles in height in some instances, the accumulation of extra fine sand in the dunes creates otherworldly landscapes not often seen by travelers to the Dominican Republic. One of the few accommodations available nearby, Sava Salinas, offers un-precedented front view of the dunes. 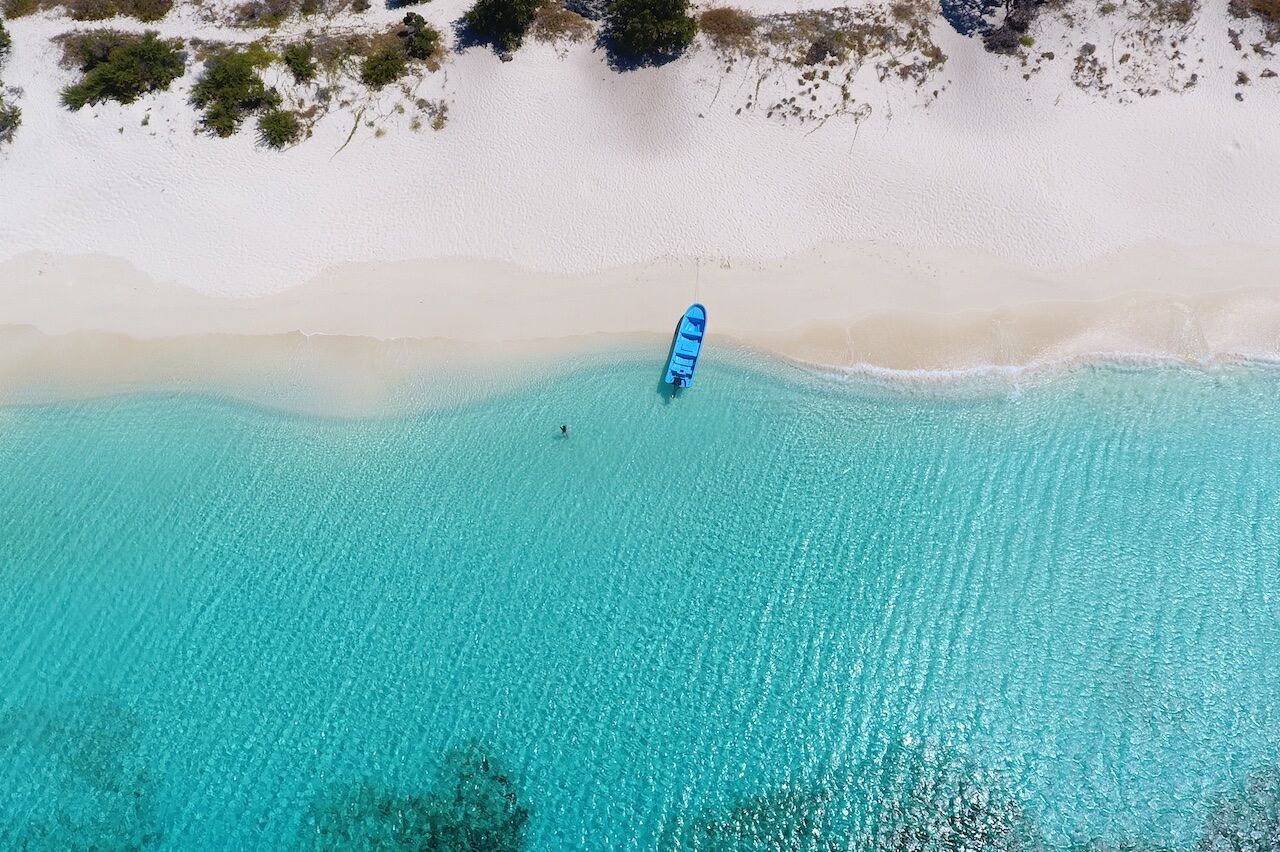 Bahia de las Aguilas in the province of Pedernales is considered by many Dominicans to be one of the best beaches in the country. Located in the southwest’s Jaragua National Park, the protected beach area is completely isolated. Best way to get there is by boat, arranged as a tour through Rancho Tipico restaurant or directly with local fishermen in the nearby fishing village of Las Cuevas.

A fishing town of Palmar de Ocoa in the southern Azua province is literally ‘the place at the end of the Earth’. Travelers seeking underdeveloped locations come here for fresh daily fish, stunning sunsets, and plenty of alone time. No reservations required.

Tagged
Insider Guides Dominican Republic
What did you think of this story?
Meh
Good
Awesome

The Dominican Republic Will Open To Tourists on July 1