THESE ARE SOME THINGS I learned after living in Taiwan for two years.

Ordering food can be quite confusing when you’ve just started your Taiwan trip. The meals are usually listed in Chinese only, and guests are asked to pay first. Once you get used to it, you learn two advantages of this system: First, you know how much the stuff costs from the very beginning. Second, you can leave anytime without the necessity of waiting for the bill to be issued.

2. There are no public trash cans.

In order to keep the streets clean and cockroach-free, there are few trash cans placed in the streets. If you decide to get rid of any trash, you will probably have to carry it to the nearest metro station, or even to your home. One of my teachers told me that when she was younger, she remembers how the sidewalks were covered in rotting garbage. It was disgusting, and there were rats everywhere. So apparently, a lack of trash cans is actually a move to a cleaner city.

3. Seemingly everyone rides a scooter. 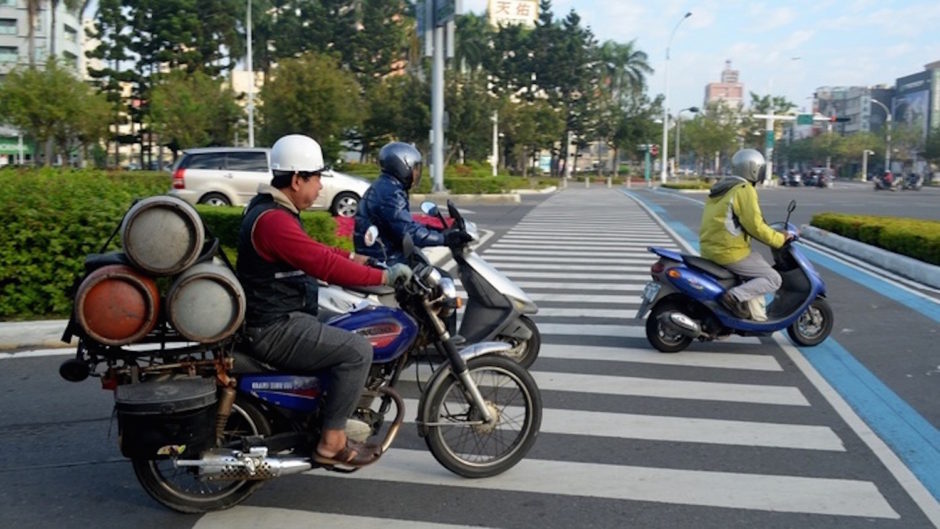 Taiwan has more motorbikes per capita than anywhere else in the world. Sometimes you can see a whole family on a scooter (I’m talking about 4-5 members, including the dog). If you want to ride a scooter in Taiwan, I recommend doing it in the countryside or on small offshore islands. In the cities, the fun is spoiled by heavy traffic. A driving license is easy to get and people don’t strictly follow road rules (some of them don’t even know what they are). Living in Taipei, I witnessed accidents on a nearly daily basis.

Living in Taiwan, you have to accept that garbage is a big deal. The garbage from households should be disposed of in city-approved trash bags. Garbage trucks drive through every neighborhood five times a week and residents carry their bags of trash down and put them into the trucks themselves. Waiting for the garbage truck is one of Taiwan’s liveliest communal rites. Many people go out earlier to have a chat with their neighbors until they hear the unmistakable song being played loudly by the truck: Beethoven’s Fur Elise.

5. There are earthquakes all the time.

Located at the junction of two tectonic plates, Taiwan is one of the most tectonically active regions in the world. The Central Weather Bureau reports as many as 1,047 earthquakes per year that are perceivable (and more than 18,000 per year if we include them all). Many buildings are built to rock with the earth to withstand powerful typhoon winds and earthquake tremors, including Taipei 101, Taiwan’s tallest building and once the tallest building in the world.

6. Taiwan is the best place to lose your wallet.

In Taiwan people actively search for an owner of an item they have found. Not only will they not keep it, but they will take the initiative to return it to its original owner. The very first week I was in Taiwan, I forgot my bag, which contained my wallet and mobile, at a public event. Soon after a stranger started dialing numbers saved in my phone until he figured out who it belonged to. By the time I reached my flat, an email was in my inbox stating, “Please come to pick up your bag!” I couldn’t believe this!

7. Karaoke is the Taiwanese way of clubbing.

Karaoke is one of the most popular social activities; some of my local friends would go out for karaoke at least once per week (as often as my European friend would go clubbing). Karaoke bars look a bit like 5-star hotels, with a reception area and private rooms. Many people also have KTV at home, including some of the smallest villages in the south of Taiwan.

8. You may be surrounded by people with masks.

It is impossible to overlook this: people in Taiwan often wear face masks in public. It feels really weird at first, but they actually do it out of courtesy. The Taiwanese wear masks in public to let people now that they are sick or have a cold. Although the masks are unlikely to prevent any diseases, they function as a gentle sign of caution.

This was always the most confusing thing to me about people in Taiwan: their disability to say a clear and direct “no.” If you call a friend, asking whether she would like to go to the cinema later, and she responds: Eh…Maybe? Then what she really means to say is “No.” Taiwanese consider saying ‘No’ directly as impolite. At times, they even say “Yes” when they actually mean “Yes, I understand” — and despite the fact that they understand you, they still mean “No.” Make sense?

These 24-hour convenience stores are everywhere, even in small villages and rural areas. For all who expect just a replica of the American chain store, you will be surprised. Taiwan’s 7-Elevens are far from just another junk food shop. A Taiwanese 7-Eleven is one of the most convenient places on the planet; you can get train tickets, pay your school tuition, ship packages, print documents, call a taxi, and so much more. Once I asked if I could leave my gigantic backpack there for a few hours, and they took it.

11. Taiwan has the best street food in Asia. 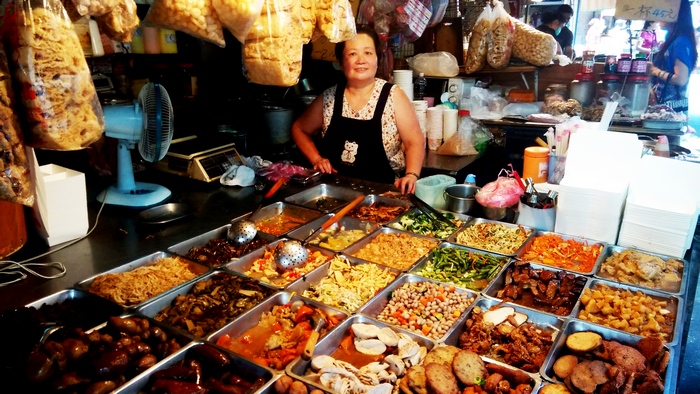 Even the smallest stall in the street, which has no proper seating besides a couple of plastic chairs, may serve you the most delicious meal. When you ask to have it for take-away, you will get it in a neatly prepared disposable paper box without questions. The best place to sample Taiwan’s famous street fare is one of the many famous night markets in Taipei or just about any city across the island. For a cheap price you get to try some of the best snacks and discover one of Taiwan’s biggest passions: its food.

12. Your new home won’t have heating.

Although Taiwan is a hot, subtropical country, the winter months can be rather damp and chilly. With the high humidity, one can feel colder than what the temperature actually indicates (Taipei gets as cold as 8 °C, but may feel like it’s below zero). With local houses not having any indoor heating, you may find yourself shivering in your own home. My place (luckily) had air conditioning that included a heater mode; some of my friends didn’t have this and often complained about the cold.

13. There is a festival dedicated to ghosts.

The Taiwanese are incredibly superstitious. It is fairly normal to believe in ghosts, and also to be afraid of them. In the seventh month of Taiwan’s lunar calendar (that is, around August) the Hungry Ghost Festival is celebrated.

During this festival, it is believed that the gates of hell are opened and all of the hungry ghosts are released to the world in search of food, money, and entertainment. The whole month, referred to as “ghost month,” comes with various precautions and prohibitions. Taiwanese try to avoid travelling, starting a new business, or have a wedding.

14. Toilet paper does not get flushed down the toilet.

You will notice signs instructing you not to throw the paper into the toilet. You are supposed to put it into the trash can beside the toilet instead. People generally say that the plumbing cannot handle the toilet paper because it will clog the pipes. I guess there is no need to mention the smell that remains when used tissues are left sitting in the bins all day. Oh, and don’t be surprised to find that many public toilets are “Squatty Potties.”

15. Everyone is so friendly.

Taiwanese people are the friendliest people I have ever met. They are really welcoming, and always offer you help when they see you lost and struggling with a map. Sometimes, they will even personally guide you to where you want to go (even though they often don’t even know exactly where you want to go). You might still be lost, but in the best company.

Tagged
Taiwan
What did you think of this story?
Meh
Good
Awesome

Taipei's Best Street Foods and Where To Find Them