Living in New York makes you wonder why you live in New York. It’s loud and dirty, rude and congested, yet “there’s an undeniable energy that makes it all worth it” — as any New York City blogs would say. Hmm, is what I say.

I lived in New York City for nearly five years — enough for me to have both deeply loved and deeply despised the city. Enough to realize that while I loved the brownstones and the high-rises, I was totally over sharing a 300 square foot studio to afford Harlem rent.

Enough to realize that while I enjoyed the efficiency and convenience of the MTA, I was done never having a seat on the train and never feeling like the MTA was properly using the $116.50 I put aside monthly for an unlimited metro card.

Enough to realize that while I loved discovering cheap, hidden gems like Tea House in Brooklyn, I don’t enjoy only knowing these places for just some time due to constantly rising rents.

New York is a city of give and take, of sacrifice and struggle – and for me, that meant moving away to experience some other cities until maybe, one day, if my love for New York can triumph over the hate, and let’s be real, if one day I could afford a Monica Geller apartment from FRIENDS or nights out on the town like in Sex and the City, then maybe, just maybe I would move back.

For now that’s not the case. Read along and please comment below to add to the list of Struggles of Living in NYC.

2. Addresses written as 940 Madison instead of the cross streets.

3. Stopping a convo mid-sentence because the train is too loud.

4. The extreme screech of the uptown 4 or 5 train at Union Square.

6. No seats or plugs in coffee shops…ever.

8. The constant temptation of using the bodega ATM. 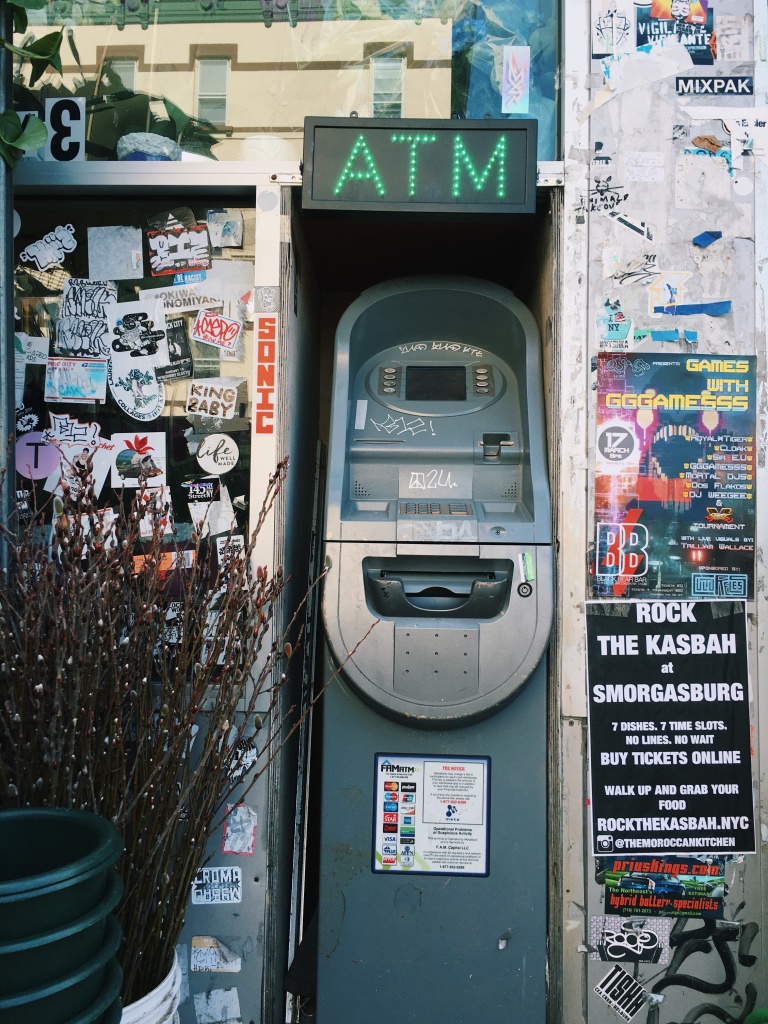 10. The decision of waiting for the Express or getting on the Local.

11. Having to go to Times Square…for anything.

12. Knowing you’re not delayed because of “train traffic ahead of us.”

13. Not seeing the sun when you’re Downtown.

14. Apartment windows that face directly into another apartment’s windows. 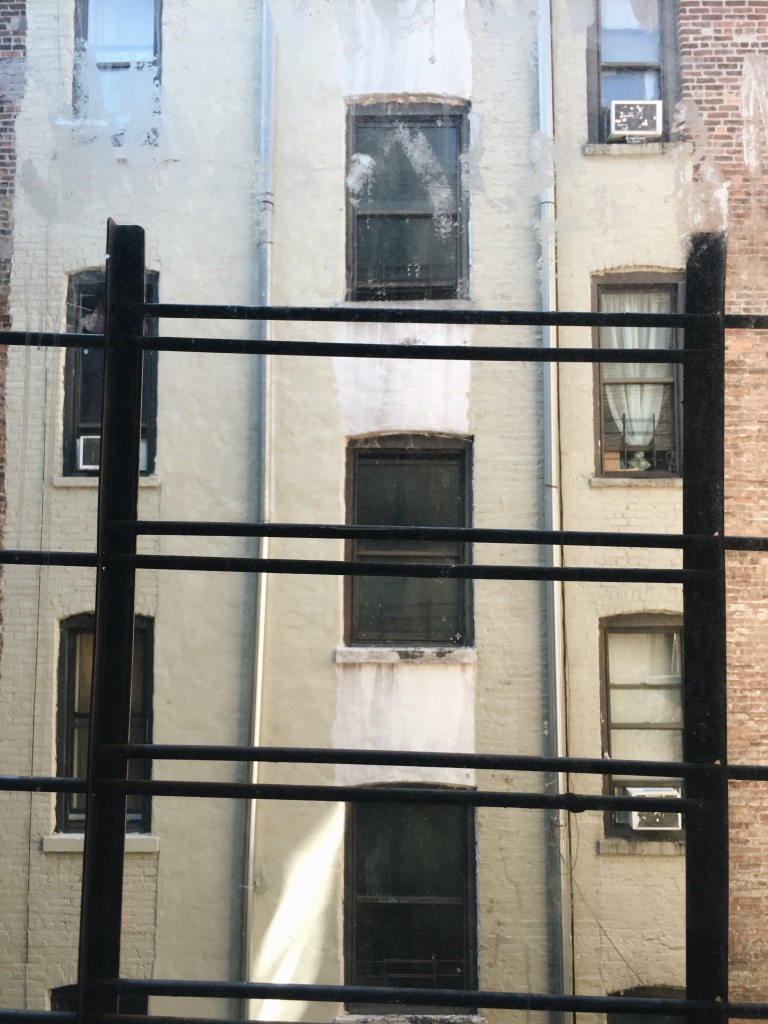 15. It being muggier on the subway platform than outside. 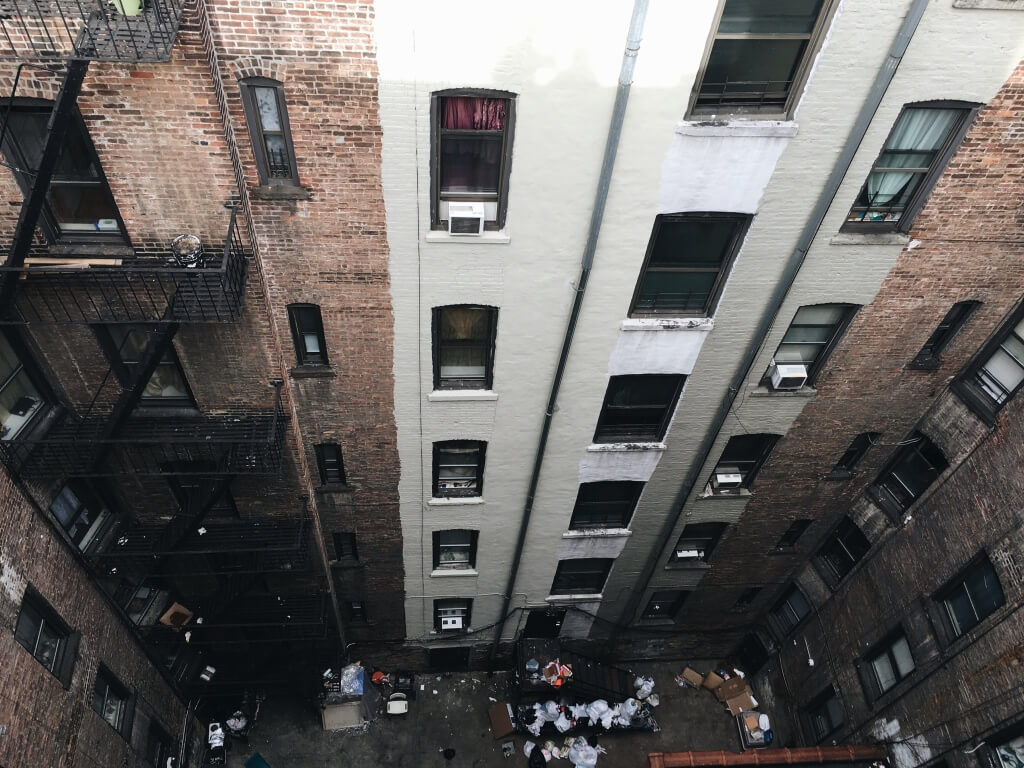 20. Construction and scaffolding every day. 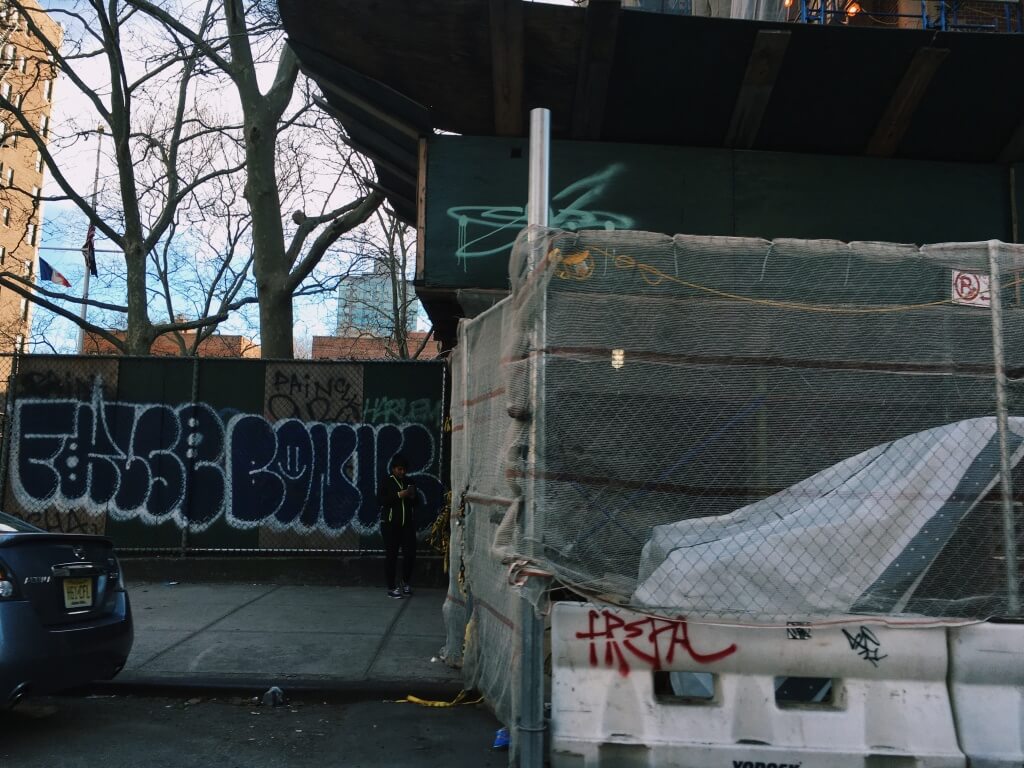 22. Feeling the pressure to donate big at Yoga to the People.

23. The fundraiser-people who block the doors at Whole Foods or on any given sidewalk and ask you a question that makes you feel terrible to not respond to: “Do you like to laugh?”

24. Avoiding the temptation of dollar pizza. 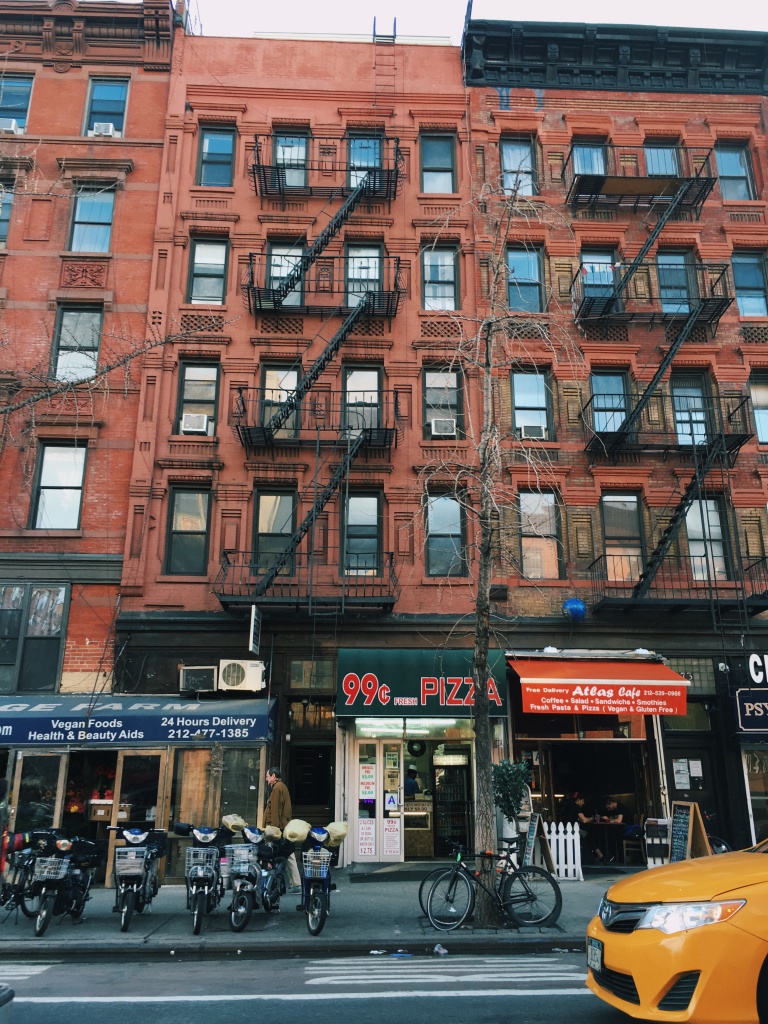 27. Literally over 50% of your income going to rent for a tiny apartment.

28. Being brainwashed by subway ads because you have nothing else to look at.

29. False hope of one day having your own apartment, with AC, an elevator, and a balcony.

30. Trying to model your life after FRIENDS, Sex & The City, or Gossip Girl and going completely broke.

31. Having mixed feelings about the Central Park horses.

32. Walking everywhere but still never feeling like you got a workout in. 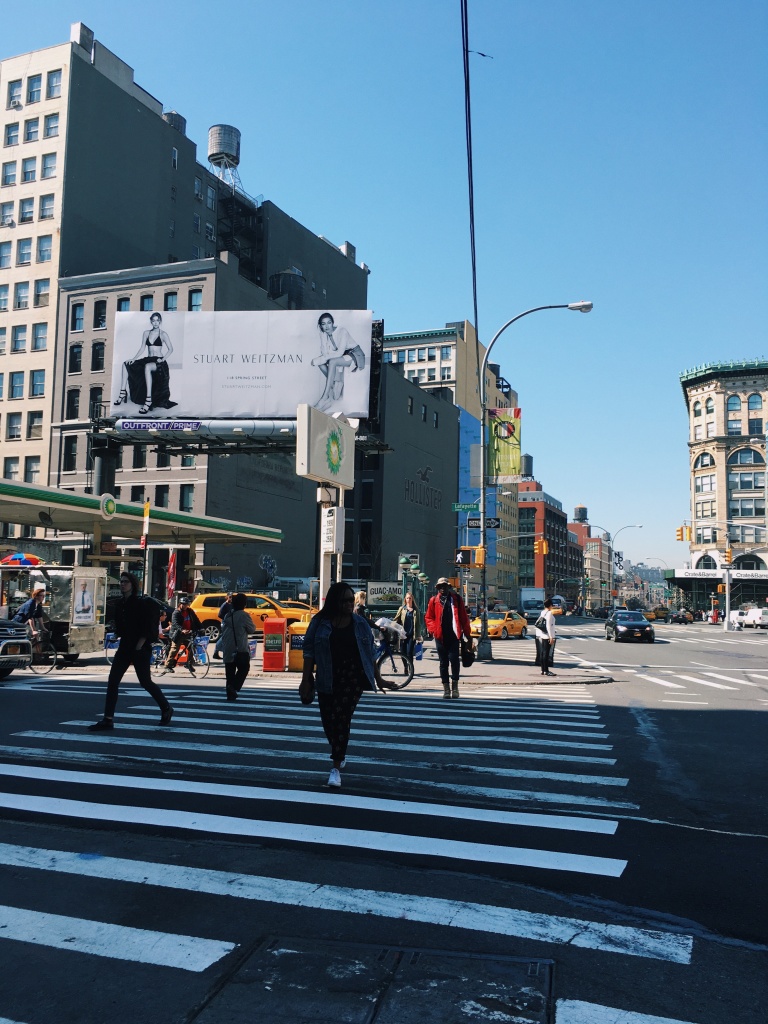 34. Your gym always being overcrowded.

35. People talking about gentrification. In every neighborhood.

36. Being bombarded by ads no matter what street you take. 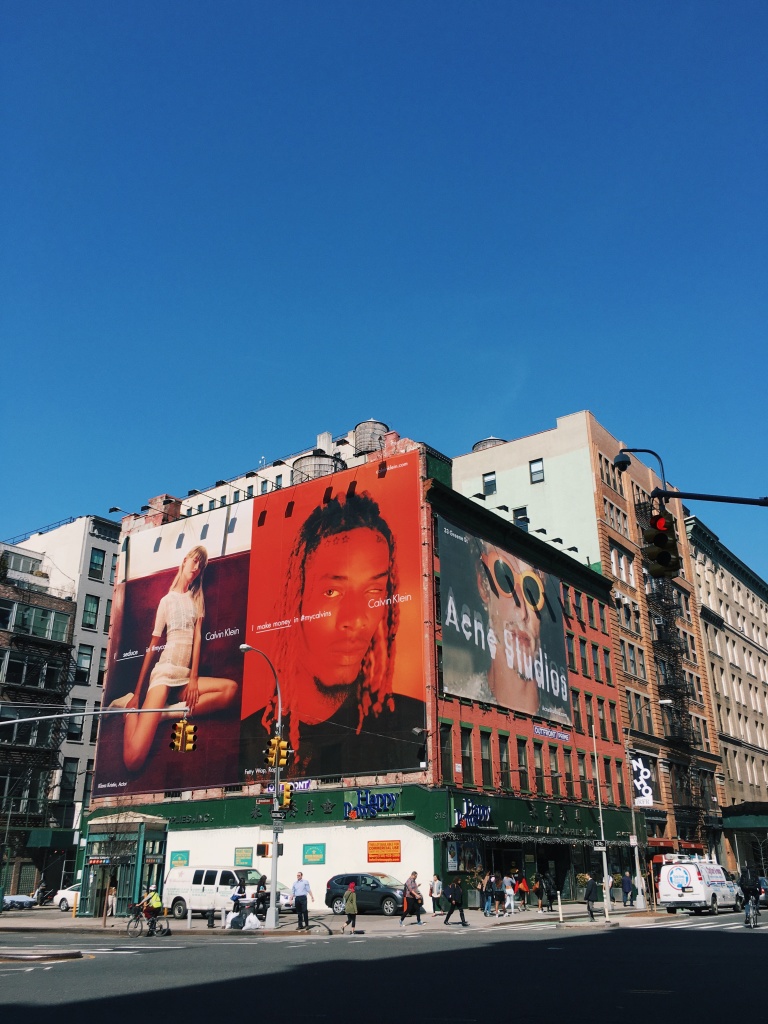 37. Never being able to fully have a conversation with a cashier or bartender because there’s always someone behind you.

38. Realizing just how dirty the subway is.

39. Outer-borough apartments still being just as expensive as Manhattan apartments because “they’re the calm away from the storm.”

40. Your favorite coffee shop, bar, or restaurant closing because of rent.

41. Getting off at Union Square to go to Strand, then realizing there are just as many people there as there are in Times Square. 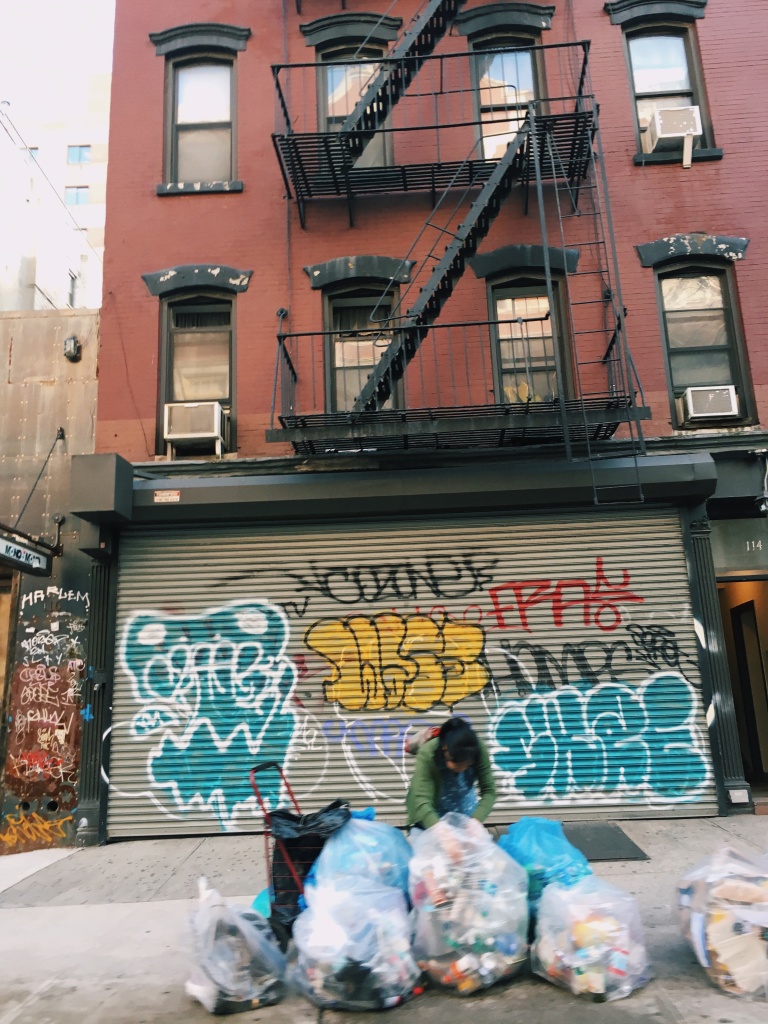 But “you’re in New York,” so welcome home. 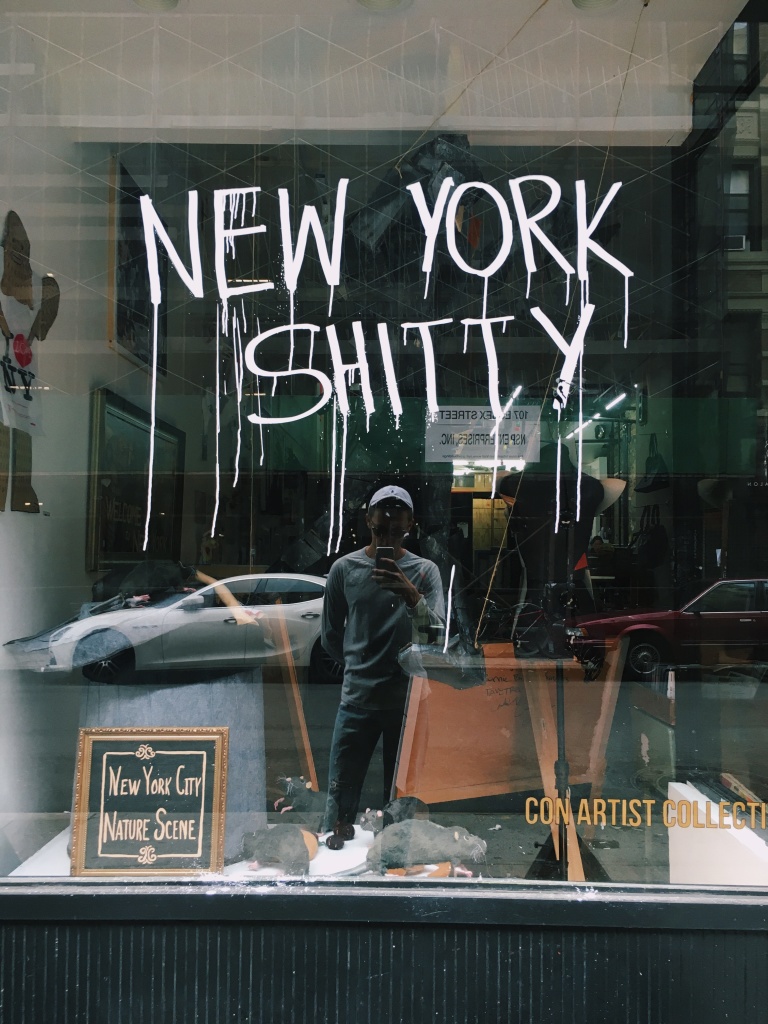 This post was published by our friends at Shut Up and Go and is republished here with permission.