[Editor’s Note: Lily Girma is the first photographer-in-residence to participate in the Road Warrior program, a partnership between MatadorU and the Belize Tourism Board. This summer Lily is documenting different cultural aspects of Belize as well as travel and adventure options around the country. Each week she’ll be reporting on her experiences for Matador, her personal blog, and for other outlets.]

BELIZE’S RAIN FORESTS have literally thousands of trees, plants, fruits, and vines, hundreds of which have been traditionally used for medicinal purposes. “Bush medicine,” in Belize goes back thousands of years to the time of the ancient Maya, who relied on the rain forests both to survive and to cure their ailments.

Today, Belizeans continue to use these plants for medicinal purposes in the same way the Maya did, and most grow up learning about the benefits, as well as the dangers, of the rain forest.

One of the best guided medicinal trail walks in Belize can be found at Chaa Creek. Ian Anderson’s Caves Branch also has medicinal plants next to its botanical garden.

I learned about most of the medicinal plants and trees featured in this essay, at the “Ancient Jungle Garden Trail” at Calico Jack’s Village. Ask for Elias, who designed and oversees the trail, and has a wealth of knowledge on Maya life. All of the above resorts are located in the Cayo District of Belize.

From toothache to cough and even male impotency, natural remedies are found right in Belizeans’ backyards. Here are 12 of the most commonly used remedies. 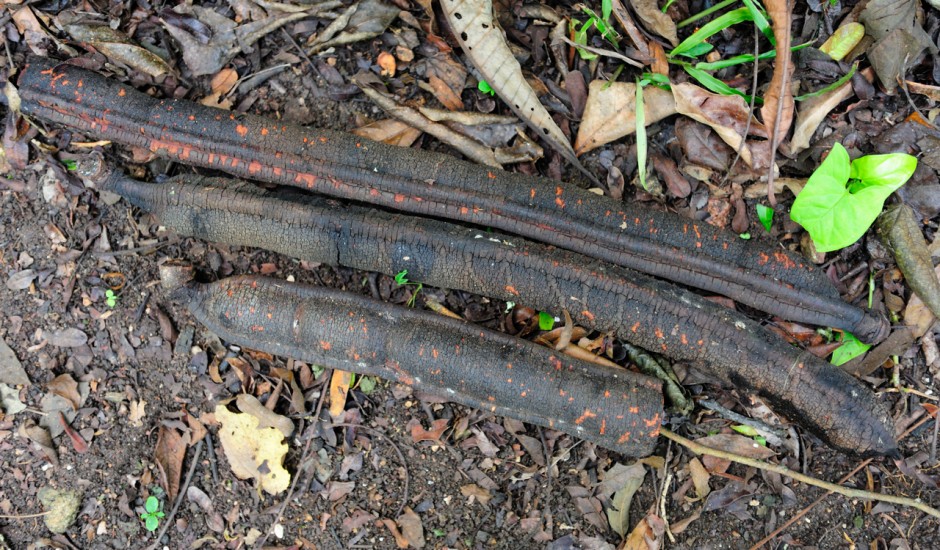 The fruit of this tree looks like and is the size of a small machete. Its seed is used to treat anemia, by boiling the seeds in cow's milk and drinking it. 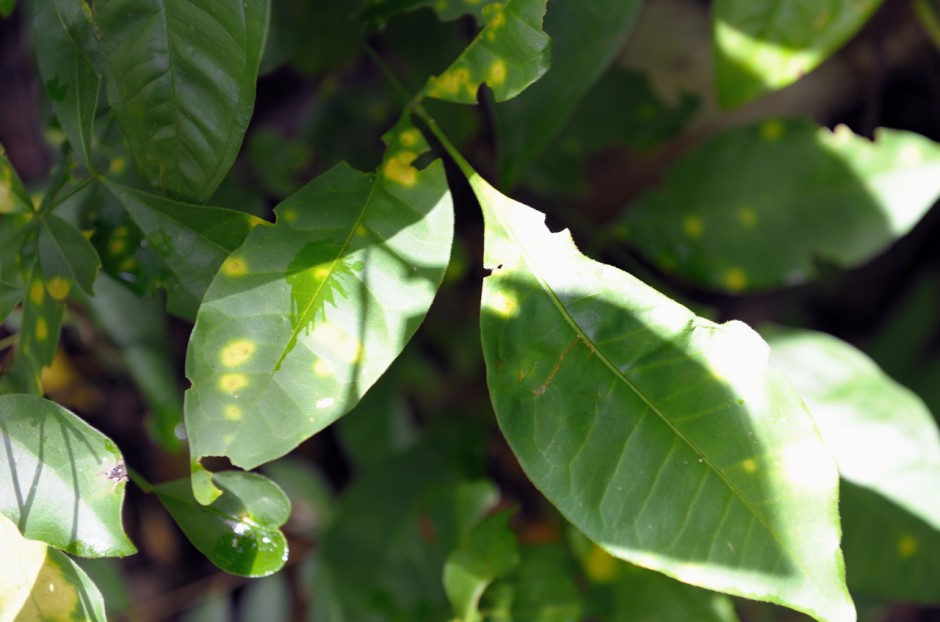 This plant is used as bug spray and is highly effective against doctor flies. Crush it in your hands and apply to the skin. Though it smells like skunk, it's very effective and will keep the bugs away. 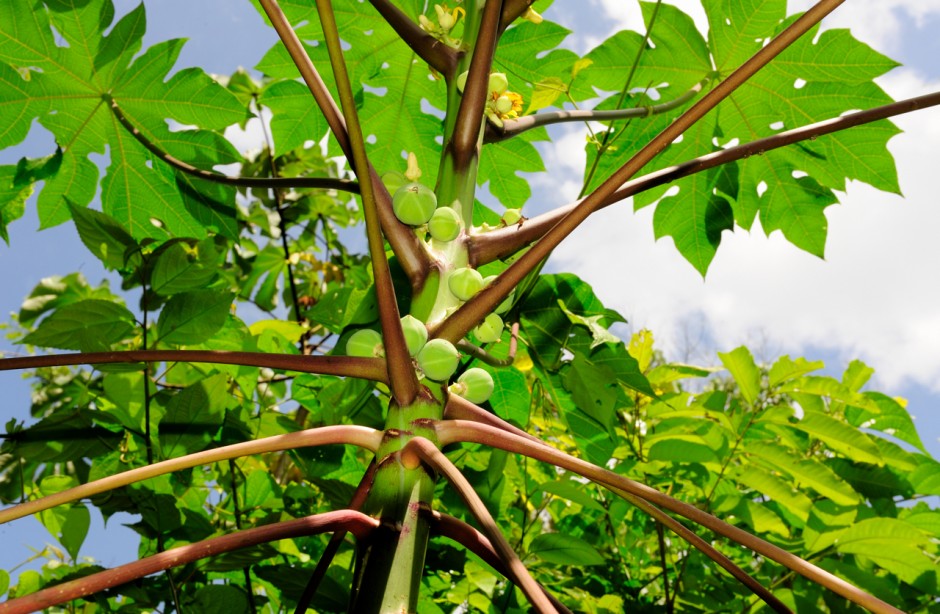 The resin of the "bush papaya" plant is used to cure ringworms. Cut the papaya and apply the juice. 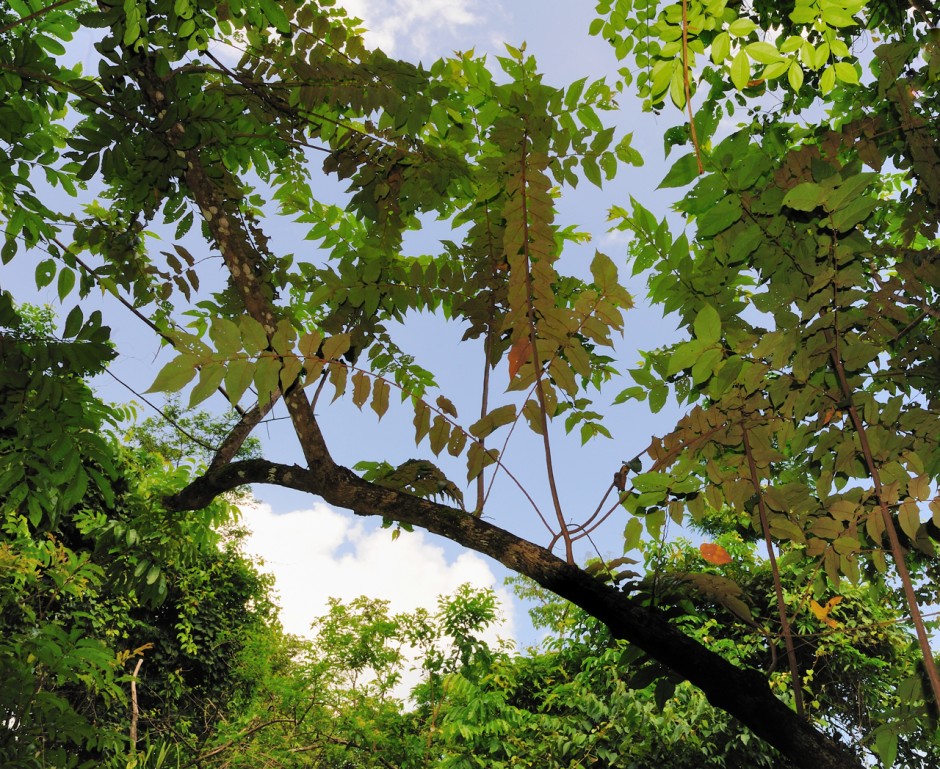 A slice of the bay cedar's bark is placed in one's shoes or boots to treat foot fungus. Its fruit can be chewed on and tastes good, but if you have too many, hello constipation! Hence the name of the fruit in Spanish: "tapaculo" or "plug up your butt." 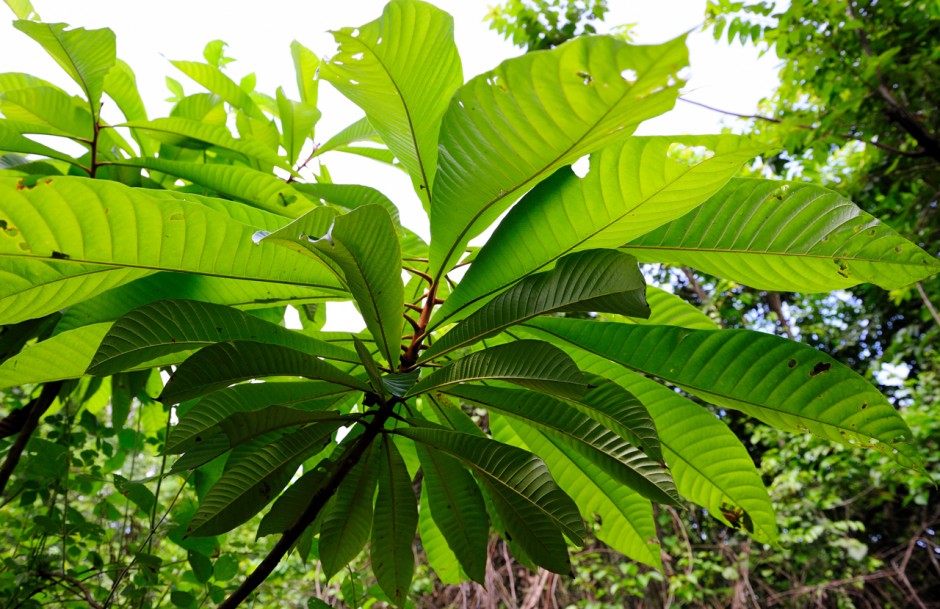 The Mami tree bears fruits that have a big seed in the center of each. The seed is used to treat head lice in children. Grind the seed and place in a bucket of water, store it and later wash the child's hair with the solution. 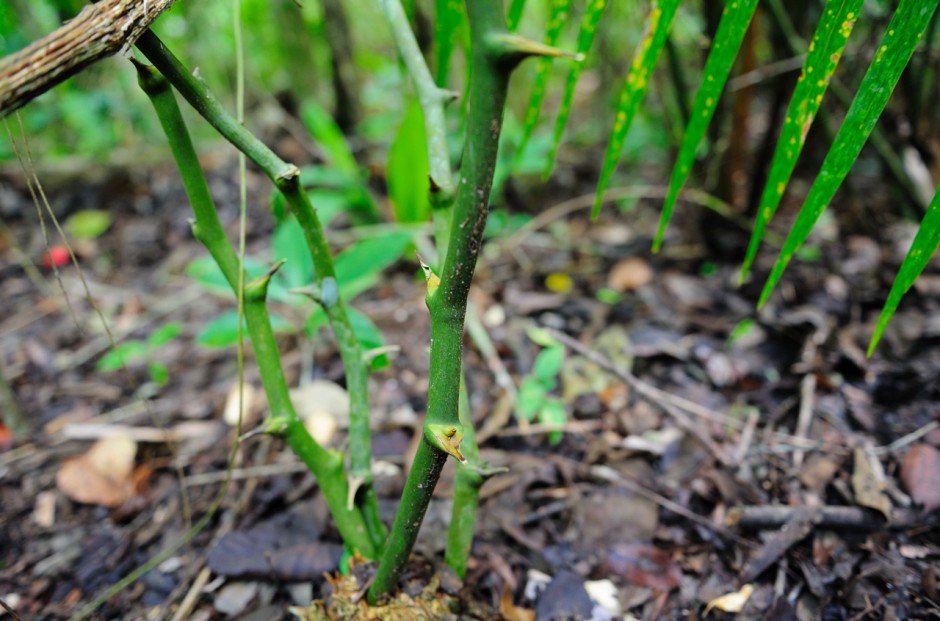 This plant, which has multiple vines, is used as Viagra for men. A piece of the cocolmeca is boiled in water and given to the male to drink.

There's also a plant for females but it never has more than two vines and it grows underground. And unlike the men's, it gets boiled in water first, then milk is added. The resulting solution is pink in color - how appropriate! 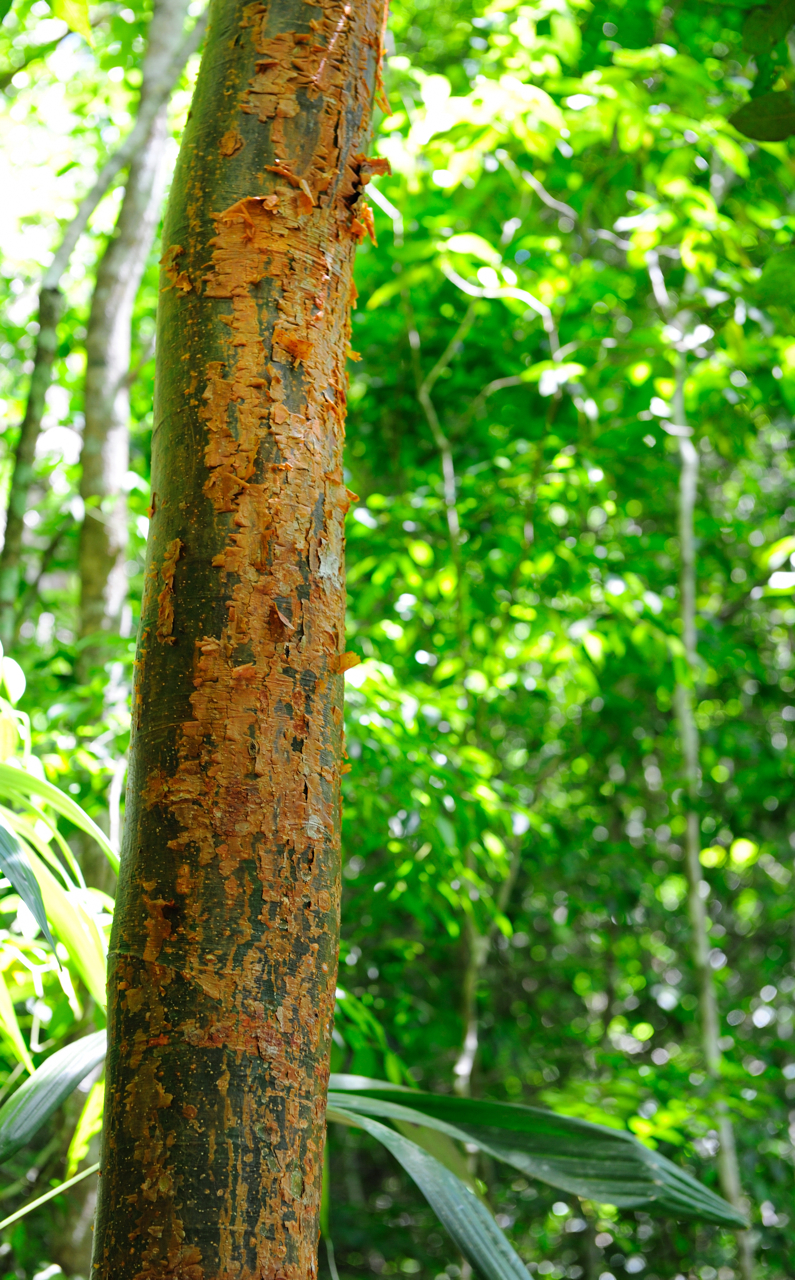 This tree's bark looks just like peeling skin and is used to treat sunburn. Belizeans call it the "tourist plant" because well, you can guess who gets sunburned the most here. 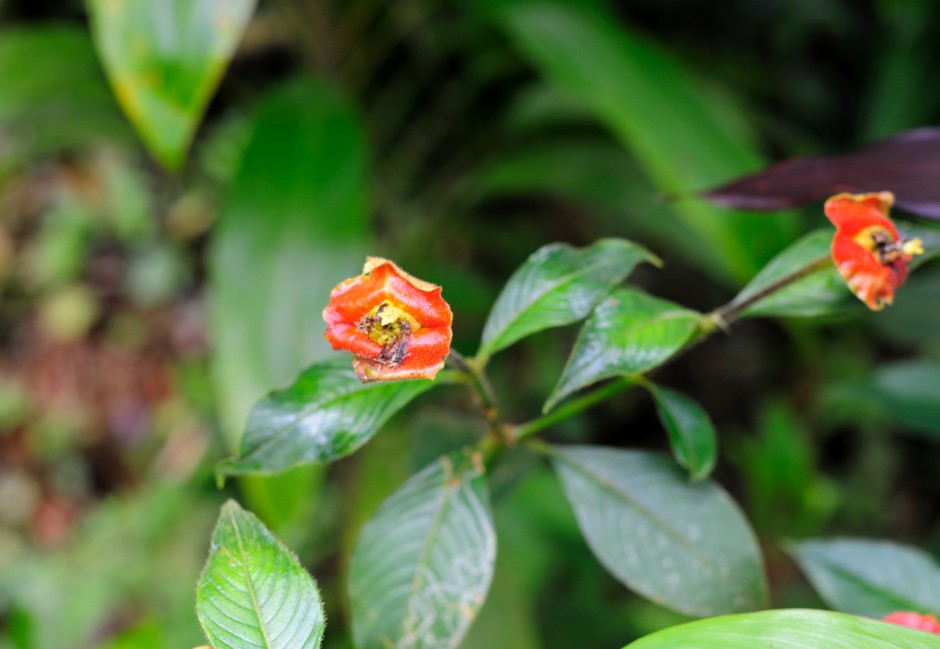 This plant helps women with expelling the placenta after giving birth. Crushed and boiled, the resulting liquid is used as a wash. Ironically, it has the shape of a woman's lips.

"Hot Lips" is also used as a painkiller for headaches, sprains and bruises, ear aches and coughs. 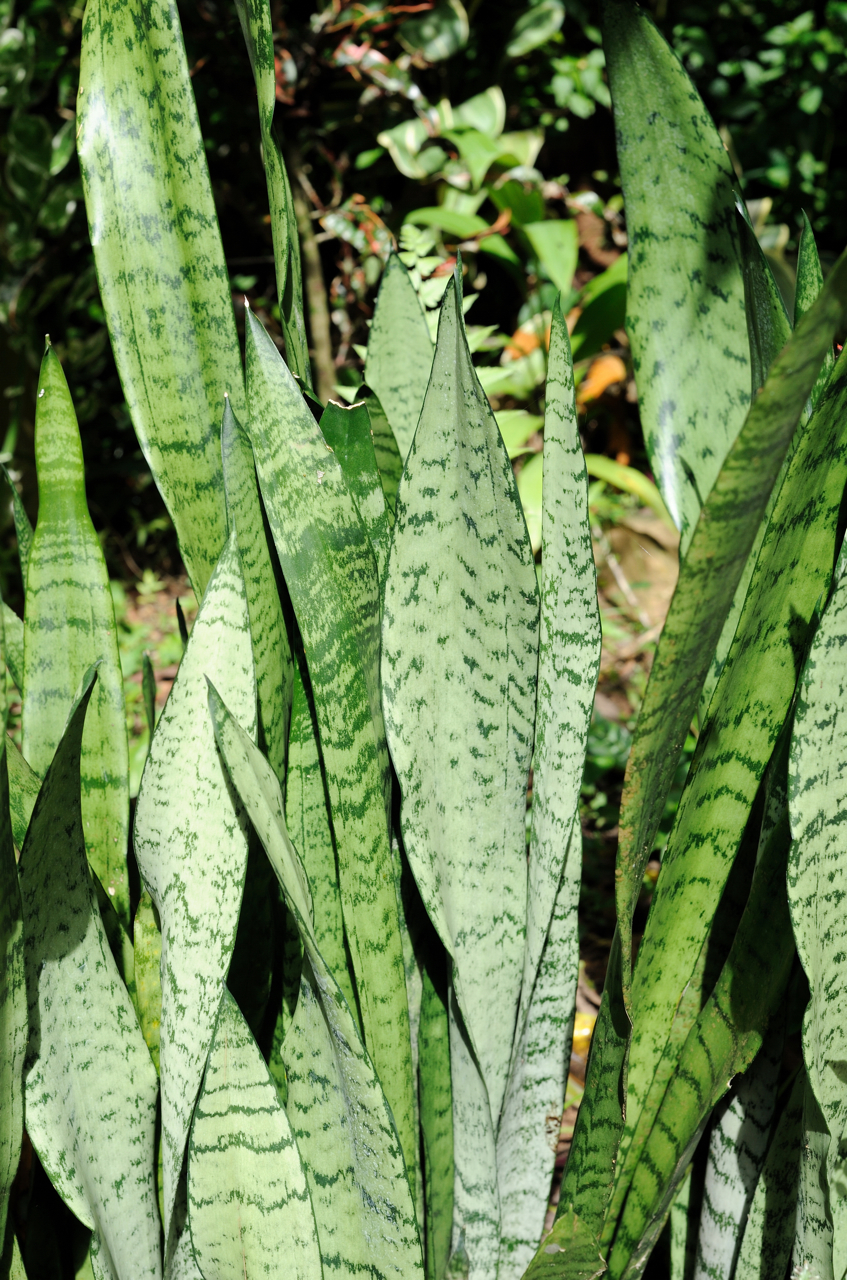 It's no secret that Belize has several species of venomous snakes, including the Fer-de-Lance and two types of coral snakes. Belizeans are taught to recognize the two different plants that help delay the spread of a snake's venom.

One of them, the Snake Plant, earns its name for having a similar pattern to the snake's skin. The victim is given fresh leaves to chew on after a bit, which affords him or her extra time to reach the hospital.

The snake plant is also used to treat minor rashes and skin sores; the leaves are boiled in water and the solution is used to wash and clean the sores. 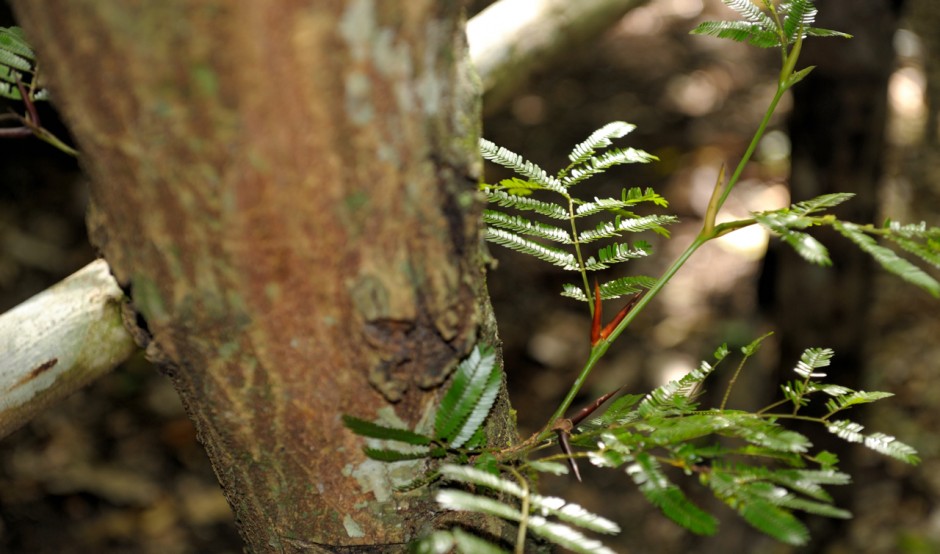 The Cockspur or Bullhorn (Acacia cornigera)

This thorny plant covered in stinging ants and resembling a bull's horn is the other plant that helps with the more "serious" bites: ones that occur when the victim is in the midst of a strenuous activity such as hiking. The heart is pumping faster, causing the poison to spread faster. Chewing on a strip of the bark and swallowing the juice extract delays the effect of the venom by about four hours. The remaining fiber is then placed on the wound as a poultice.

The bullhorn is also used to treat male impotency. A strip of bark is boiled in water for 15 minutes, then drank as tea before each meal, for one week. And finally, it can be used to treat asthma and lung congestion, by boiling the horns in water...with the ants. 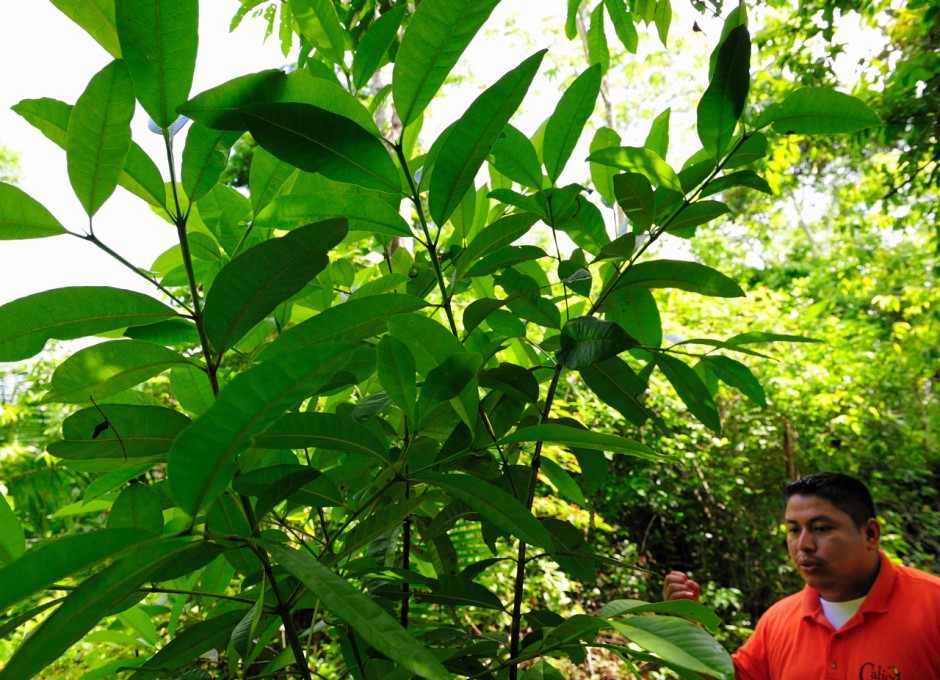 It's used for cooking in other parts of the world, but the allspice is a very strong medicinal plant in Belize. Women use it to treat child diarrhea. Up to eight young leaves are boiled in two glasses of water and given to the child to consume. The younger leaves are more concentrated and lead to a faster cure.

Tagged
Belize
What did you think of this story?
Meh
Good
Awesome