AS A CIS-GENDER, STRAIGHT, BLACK WOMAN, I’ve always enjoyed the vision of a clean-cut, well-dressed Black man. It was a visual that was very familiar — for I was surrounded by pretty clean dudes in New Orleans where I grew up. Now, let me be clear: When I use the word clean, I’m not referencing one’s hygiene and state of cleanliness. When I say clean, I’m referring to the Urban Dictionary definition — basically, a commonly used adjective in everyday Black vernacular to describe someone or something well-dressed.

As a visual arts curator, I’m immensely frustrated by the perpetual, problematic stereotyping of Black men in popular culture and media. It’s clearly not a new problem, but my antithetical response is to be intrigued by men who are dapper, dandy, subversive — clean.

Day after day, we see a repetitive and manufactured image of Black masculinity, a monolithic representation of Black male identity that dominates mainstream media from here, to Europe, Africa, and back. The dominant narrative generally involves some gang-related murder on the nightly news, mass violence erupting in continental African countries, or the modern blackface caricatures and their soap opera-esque dramas on reality television. The accompanying wardrobe that fits with this type of Black masculinity is sloppy. The image of today’s saggy-pants-wearing youth is no longer one of rebellion, but a type of choiceless buy-in to a grotesque and glorified culture of manhood perpetuated by mainstream hip-hop, the prison industrial complex, and negligent public policy.

Thus, to dress outside of that uniform is to act from a place of agency, to contradict, to rebel.

Black people’s relationship to the sartorial, or sewing and tailoring, actually predates contact with Europeans. We were some of the first, if not the first group of humans, to sew. Through the ages, the art of tailoring, as it was practiced in Africa, became a very specific craft. Cloth itself — its textures and colors and prints — bore meaning that was sometimes sacred and spiritual. Cloth reflected wealth and status, and was significant at all levels of society. So, when African tailors came in contact with European fashions, the blending of styles and culture gave way to a new look.

Most particularly, there are multiple examples of African rulers who received gifts from European traders and merchants—waistcoats, beads, etc.—that they then mixed with their traditional dress. Over the past couple hundred years, this art of mixing and matching is a skill that many Black men have manipulated to their own advantage to subvert mainstream racist images. Defiant dressing and oppositional fashion, or using fashion and style to subvert social-political norms, have a long history among Black people in the West—we’ve been using it as an instrument of resistance for 400 years.

One of the earliest examples of oppositional fashion that I can recall learning about was in response to the tignon law. Under the 1786 administration of Louisiana Governor Esteban Miró, Black Code laws were passed that restricted the general liberties of free people of color and enslaved Africans in the state. One of these acts of legislations was the tignon law, which forced all women of African descent to tie their hair back with bandanas. It was an attempt to humiliate free Black women—who rivaled white women for the attention of suitors, especially wealthy white ones. In true irony, what was supposed to be a mark of legalized inferiority became a badge of honor, as Black women used the tignons (or cloth headdresses) as another mode of adornment — wrapping their hair West African-gele style with brightly colored and patterned fabrics. 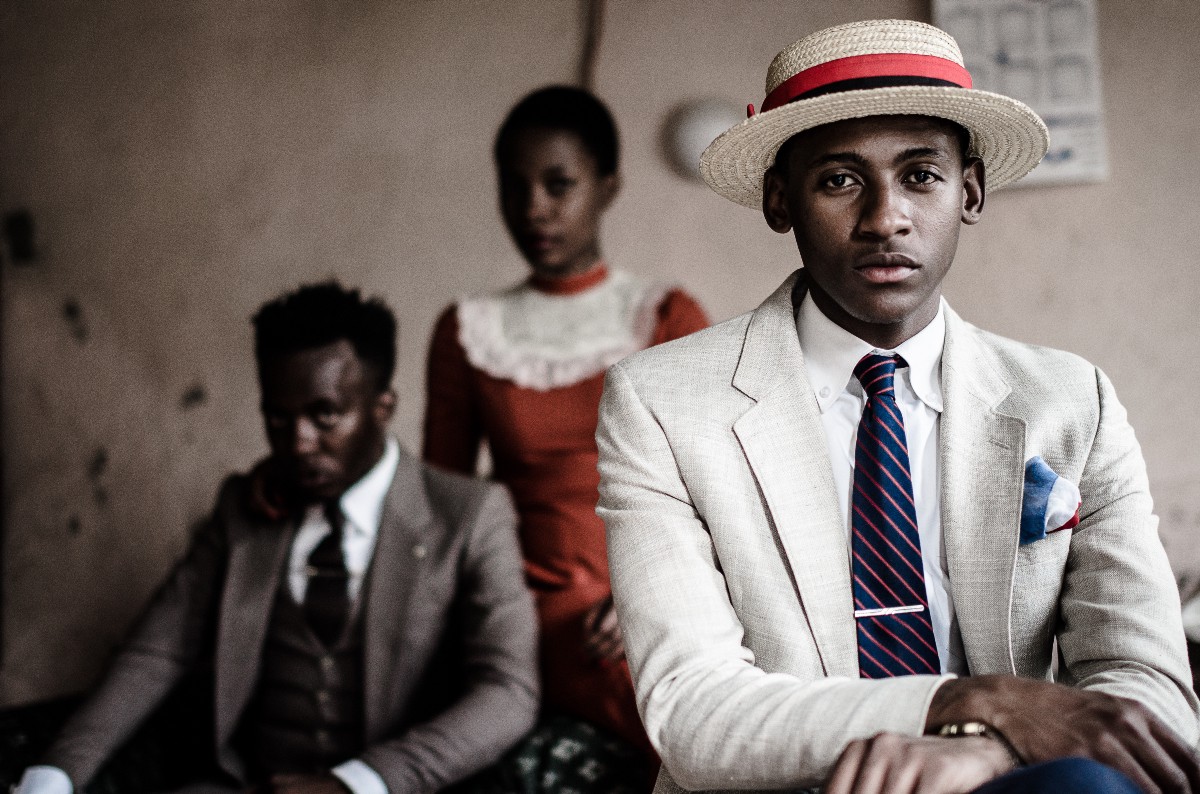 Women were not the only ones showing up to show out. Historically in the West, Black men have used fashion to dress up their station in life, too. Sometimes for matters of survival or respectability, but more often for their own enjoyment. Dandyism, as a lifestyle, actually has its origins in Europe — Great Britain to be exact—but among Black folks the style has long been used to subvert racist tropes and elevate lifestyle.

It was the Victorian Era that gave rise to extravagantly dressed gentlemen who placed a great deal of importance on their leisure activities, what they wore, and their overall public image. These dandies, as they were called, generally imitated people of higher-class pedigree and were themselves self-made middle-class men with aspirations of both luxury and more philosophical and aesthetic perfections. Oscar Wilde, Lord Byron, and Beau Brummel all came to validate the dandy lifestyle, despite some of the criticism it received in mainstream society.

This movement, it so happens, occurred at the height of the transatlantic slave trade and, thus, dandyism came to mean something altogether different for men from Africa. At a time when people of African descent in the West were enslaved and stripped naked in an attempt to remove their humanity, clothing became a very valuable commodity with the enslaved community. The opportunity to don Western suits or articles of clothing associated with white people logically increased the status of the wearer.

This was definitely the case with Julius Suboise, perhaps the world’s first and most well-known Black dandy, as noted by scholar Monica Miller in her book Slaves to Fashion. The companion of the Duchess of Queensbury, Suboise was a popular enslaved Afro-Caribbean man known for entertaining, flirting, sporting, and dressing up. Meanwhile in the United States, the type of clothing a Black man wore could literally mark him as free, not enslaved. 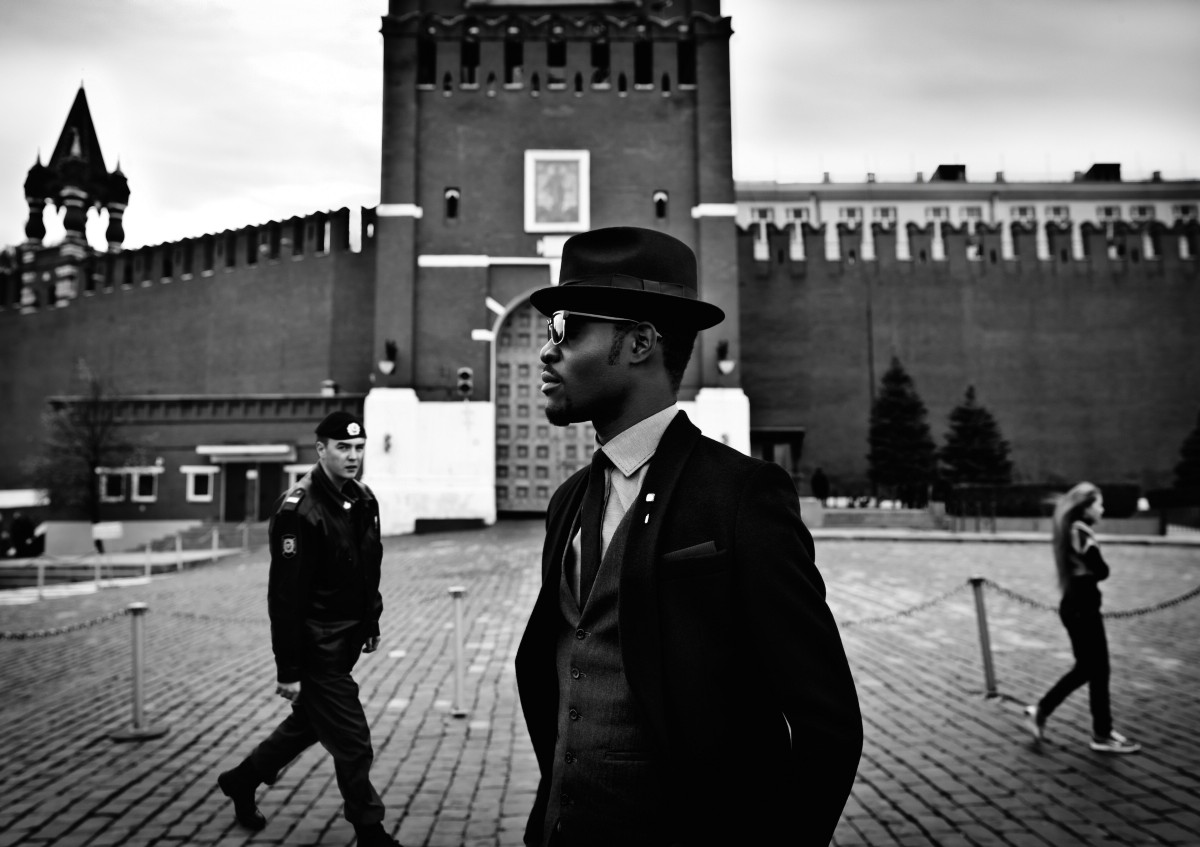 To be clear, every brother in a zoot suit and bow tie does not a dandy make. Today, it is the combination of specific elements and accoutrements that distinguishes Black dandies from your everyday dapper don. A Black dandy can be defined as a self-fashioned gentleman who intentionally appropriates classical European fashion, with an African Disaporan aesthetic and sensibilities. He is a rebel — a modern-day representation of the African trickster. His style and identity are generally a contradiction to the stereotypes, boxes, categories, or ideas that society has about him (and, in some cases, her).

The current fashion of Black dandies is more a nod to the style of their grandfathers than the likes of Oscar Wilde or Beau Brummel. They mix vintage with modern pieces designed on London’s Savile Row, African prints with polka dots and plaid, flamboyant colors with classic lines. The sampling of their style from various eras and cultures is a manifestation of the hip-hop era that has produced them.

Beyond responses to racist propaganda, current dandyism for Black people — and men in particular — can be seen as an act of self-care. Its clothing and style is therapeutic in so many ways. I have yet to meet a guy who doesn’t receive a compliment when he puts on a bow tie. It takes a lot for me to refrain from praising dapper guys myself. I go out of my way to let someone know their outfit is nice. So, I’ve come to see dandyism not only as an act of social justice, but also as an act of pleasure. People get dressed up to please others, but most importantly to please and distinguish themselves.

Throughout history, when self-styled, the African Diasporan man has relied upon his innate sensibilities to express his masculinity, his humanity, and his individuality. In fashioning himself, particularly in dress associated with a particular class, education, and social status of the other [read: whites], the African Diasporan dandy cleverly manipulates clothing and attitude to exert his agency rather than succumb to the limited ideals placed on him by society. He performs identity. Most importantly, an integral part of this performed rebellion entails posing before a camera. 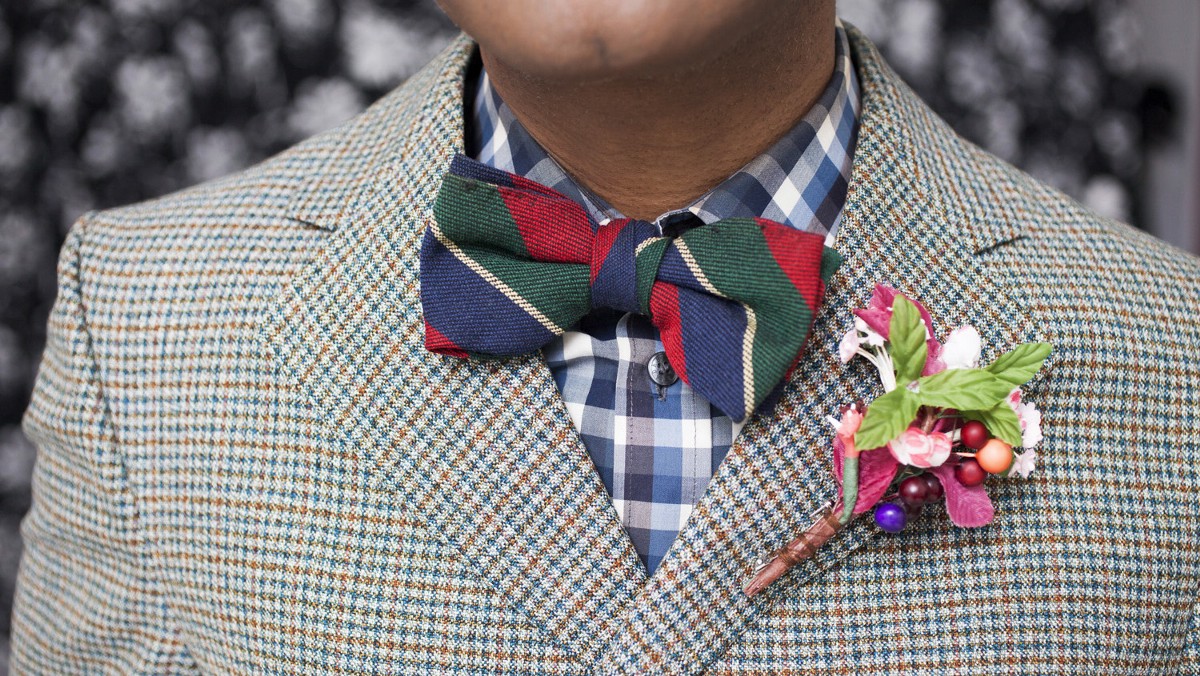 When I embarked on my journey to learn about and highlight the resurgence of the Black dandy six years ago, what I didn’t know at the time was just how profound, political, and creative the style’s history was. Dandy Lion, an exhibit I first curated in November 2010, has grown into an international exhibition and platform that highlights contemporary, global Black dandyism.

The exhibition features photographs and films of sartorial and smartly dressed men of African descent from around the world. And its photographers are just as diverse as their subjects. As a visual exhibition, it serves as a platform to discuss the fluidity of masculinity, alternative narratives of Black manhood, and the diversity of the African Diaspora. More simply though, it serves as a who’s who of the world of dapper and exquisite gentlemen. Now we have it on record as part of future history.

To date, the Dandy Lion exhibition has traveled to major and community institutions throughout the United States and the Netherlands. After a successful run at the Museum of Contemporary Photography in Chicago that attracted over 17,000, the exhibition is making its U.K. premiere at the Brighton Photo Biennial in October 2016.

This piece was originally published at How We Get To Next and is reposted here with permission.

Tagged
Activism Art + Architecture Fashion
What did you think of this story?
Meh
Good
Awesome